With the managerial merry-go-round taking centre stage more and more frequently, the world of the football manager is becoming one of relatively known quantities.

The massive influx of some of the world’s greatest managers to the shores of England began in 1996, with Arsene Wenger joining Arsenal from Nagoya Grampus Eight. Since then, even when the attraction of high quality players seems to be waning – like it does now – the best managers in the world have always dipped their paintbrushes in the wealth of colour that is the Premier League. The unique levels of performance have wavered at the top end of the table, but strengthened at the lower end of the spectrum, leaving a stronger, better-rounded league format. This might not really serve well for the European spaces for English teams, but it makes for a more entertaining, and challenging group. So what is happening?

The Premier League seems to be experiencing a lack of top-class talent, and when it does get its hand on great players, we usually see them shoot across Europe to Spain shortly after. So is the country trying to attract the best managerial appointments to compensate and improve the spectacle it offers? Well, maybe.

Next season, Jurgen Klopp, Antonio Conte, Arsene Wenger and possibly Louis van Gaal or Jose Mourinho could all be in the Premier League together. Coupling this with second-placed Tottenham and Mauricio Pochettino and Southampton’s Ronald Koeman, the Premier League is littered with the best managers – old and young. And could another be bound to appear on British grass sooner rather than later.

De Boer, Netherland’s most capped outfield player, is a man stooped in Ajax tradition. Playing the majority of his career with the Dutch club – 11 years from 1988-99 – the former central defender was as close to an Ajax legend as a man can get. An education formed at the core of Dutch football.

Holland has always had an affinity with football. The stylish and the sublime, some of the world’s classiest footballers have been associated with the Orange shirt. But it’s the learned style and tactical ability that sets the country apart from many of its peers. Like the country itself, Frank De Boer is no different. 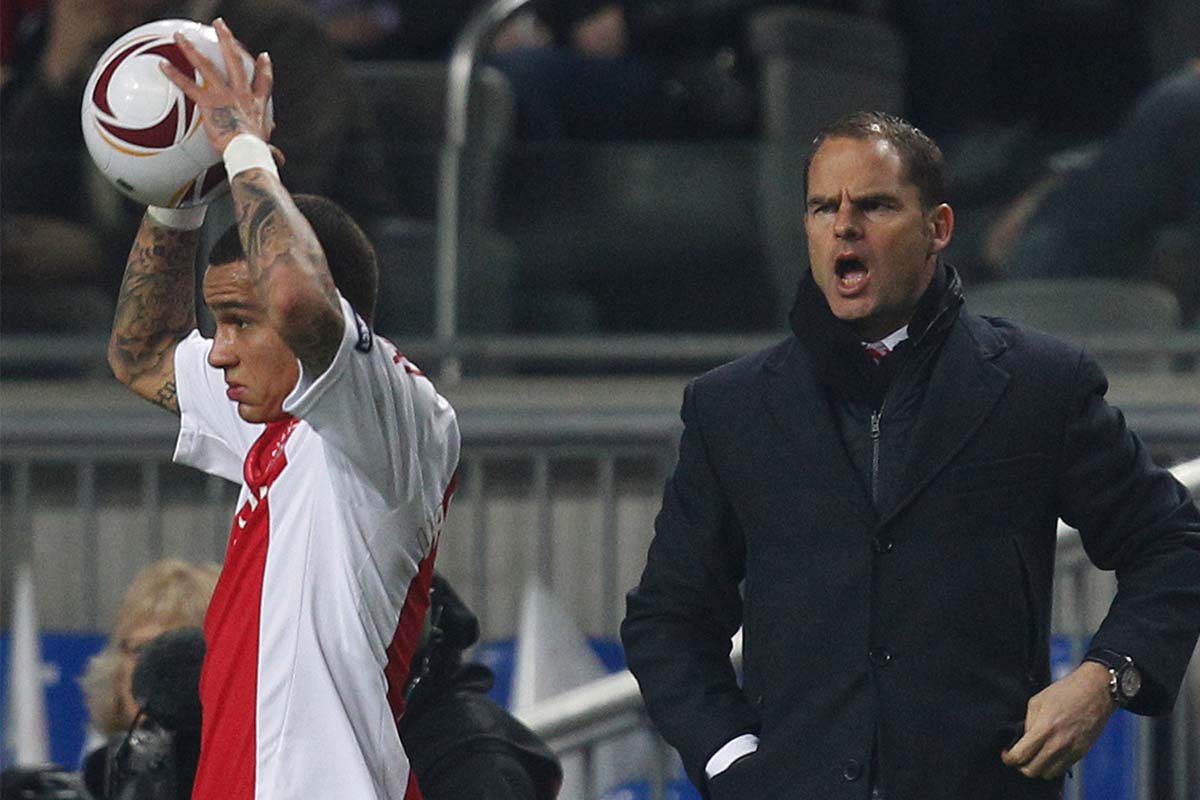 Taking over the youth team of Ajax as his first coaching job, De Boer was taught to coach in the same vein he was taught to play. Coming up through the ranks. Ajax, a club of family and tradition bloods young players like no other. Always battling against the odds financially, playing in a league that’s on the wane, the club needs to constantly find a different approach. Producing talent – managerial and playing – is their way of keeping fresh in the face of richer, more attractive clubs. Once more, De Boer is a reflection of this.

Whilst being educated coaching the Ajax talent of tomorrow, De Boer became – alongside Phillip Cocu – the assistant manager at the Dutch national side. Earning his stripes as a coach of professional level players will have helped. Two years in the job at international level taught De Boer the manager how to handle the pros. The two years with the Netherlands stood him in good stead for his next challenge. Ajax first team management.

Upon the sacking of Martin Jol as manager of Ajax, the Dutch legend De Boer was put in charge for the short term, in order to get the club’s options in order and go from there. This first game was against AC Milan, winning 0-2 away from home. This was, it seems, the start of a special relationship. Based on love for the club, the fans, a youthful team and playing the way Ajax the club would be proud of.

The tactical outlook of De Boer is one of a mixed approach. True to the traditional Ajax model, the manager likes for his team to be just that – the sum of its parts, not of any lavish individual. This approach, as much forced upon the club as it is purposely in place, allows the manager to build his own footprint. More trust is placed upon the manager, but a coach who trusts youth and plays expressive, attractive football is what is expected. It’s a combination that needs more work on the training field than some managers in other leagues may be used to, but it seems to reap rewards when conquered correctly. Something that the Dutchman seems to be doing excellently. 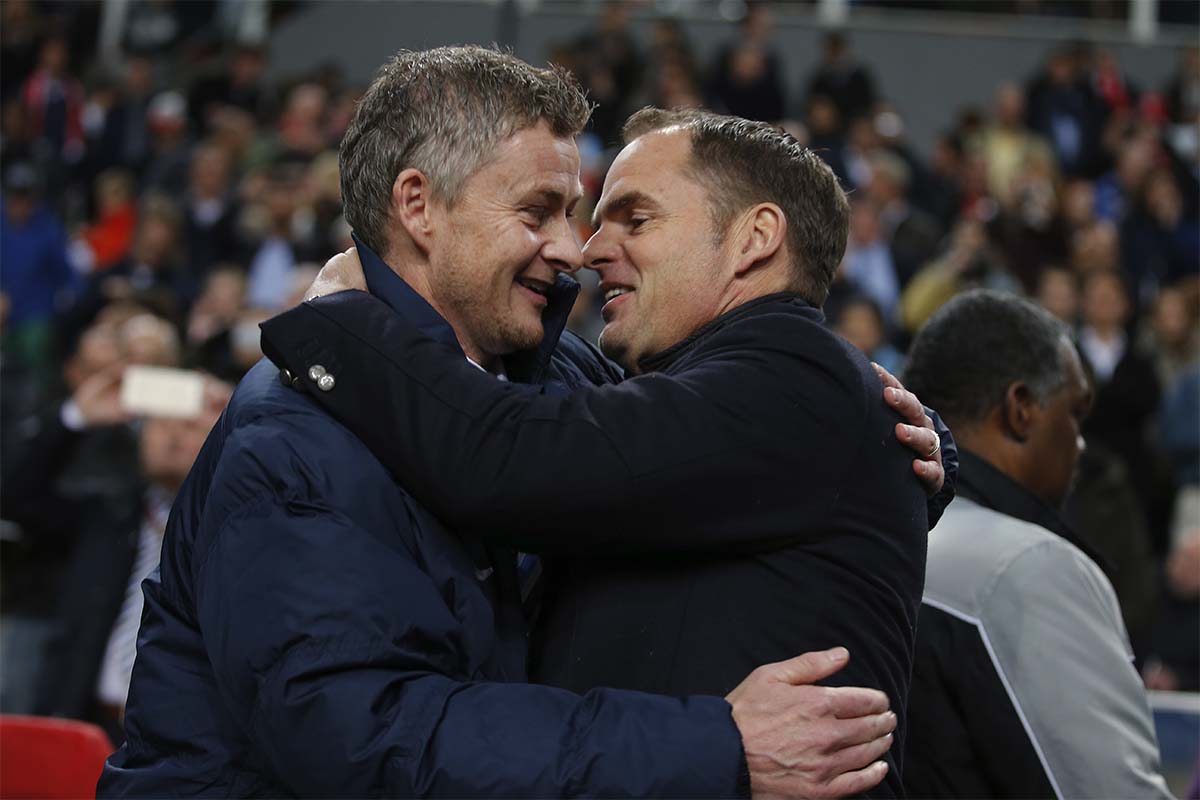 During his first four years, De Boer’s fresh take on Ajax’s old, pass, move, express play brought him four league titles. A win rate of above 60% also goes to show how much the manager himself is much more than a flash in the pan. His hard work on the training field which dictates that his teams will pass directly through the centre of midfield wherever possible, with two centre-backs who are able to show their ability at being comfortable on the ball, has shown slight signs of halting momentum in recent years, but this years’ title challenge against PSV has shown that the De Boer routine still has life in it yet. But where could he go next?

The trick to success for a manager is retaining it, not merely earning it. Indeed, it is tough to win a title, but to successfully defend said title is even harder, but with the Amsterdam team De Boer has done that time and time again. There is a shelf-life to his time with Ajax.

Rumours are circulating that he could see himself managing Swansea. It’s easy to see small, if not striking similarities between what the two clubs want from a manager. Swansea are a club that want to build from the ground up, who shy away from huge spending in favour of coaching and nurturing talent at a moderate fee. Ajax’s current standing in international football means that they need this, too. Frank De Boer has helped immensely.

The argument could be that, with his stature in the game, a club of similar size to Tottenham could be on De Boer’s radar. It would be hard to argue with these thoughts. Although Spurs have a brilliant manager in place, it is easily foreseeable that Manchester United or Real Madrid may eventually prize Pochettino away from North London. A proven manager in De Boer would be an interesting, and wise move. Yet that move may not be soon enough for a manager sure to be looking at moving in the next year or two. The number of clubs at the next level is tough to judge for De Boer. The Dutch national league is an unknown quantity right now which leaves a gap in the education of managers coming out of there. It could be a reason for Frank De Boer’s continued stance on staying with Ajax. To forge continued success. To prove continued success. In management, this pays the bills.

A talented manager and an interesting person, Frank De Boer will no doubt have plenty of suiters when he eventually leaves Holland. He may even decide to take some time out of the game, to educate and immerse himself further in coaching. Once he becomes available, however, he will be one of the most highly sought-after managers in the global game.