Drawing 0-0 away in Belarus is not the way potential contenders would want to start their FIFA World Cup qualifying campaign, however, for France there is no reason to panic.

Despite suffering Euro 2016 final heartache in the own back yard in July, and an inauspicious first step on the Road to Russia 2018 in Belarus, coach Didier Deschamps believes the signs are that Les Bleus will be a nation to fear in Russia.

The French boss said post-match in Borisov: “You can always do better. We could have done better in the first half, when we lacked a bit of technical quality and the ability to hit them [Belarus] quickly,”

“In the second half, we did everything right – except score. That's football. We tried everything, hitting them hard and fast.

Deschamps had said prior to the maiden 2018 qualifier that the pain of Portugal in Paris will drive his men on through Group A over the next 13 months.

“The Euros are behind us. My wish is to make use of it, yes, but not for us to focus too much on it,” said Deschamps, adding that France would ‘have to fight' to reach Russia – in a group that contains: Belarus, Bulgaria, Luxembourg, Netherlands and Sweden.

Rewind to 1 September and a new-look Les Bleus shaded it against the Azzurri – as France beat Italy 3-1 in Bari. The friendly will be remembered as the first international in which FIFA trialled its Video Assistant Referees (VARs) system and, perhaps in time, the day that a new set of exciting French players broke through. 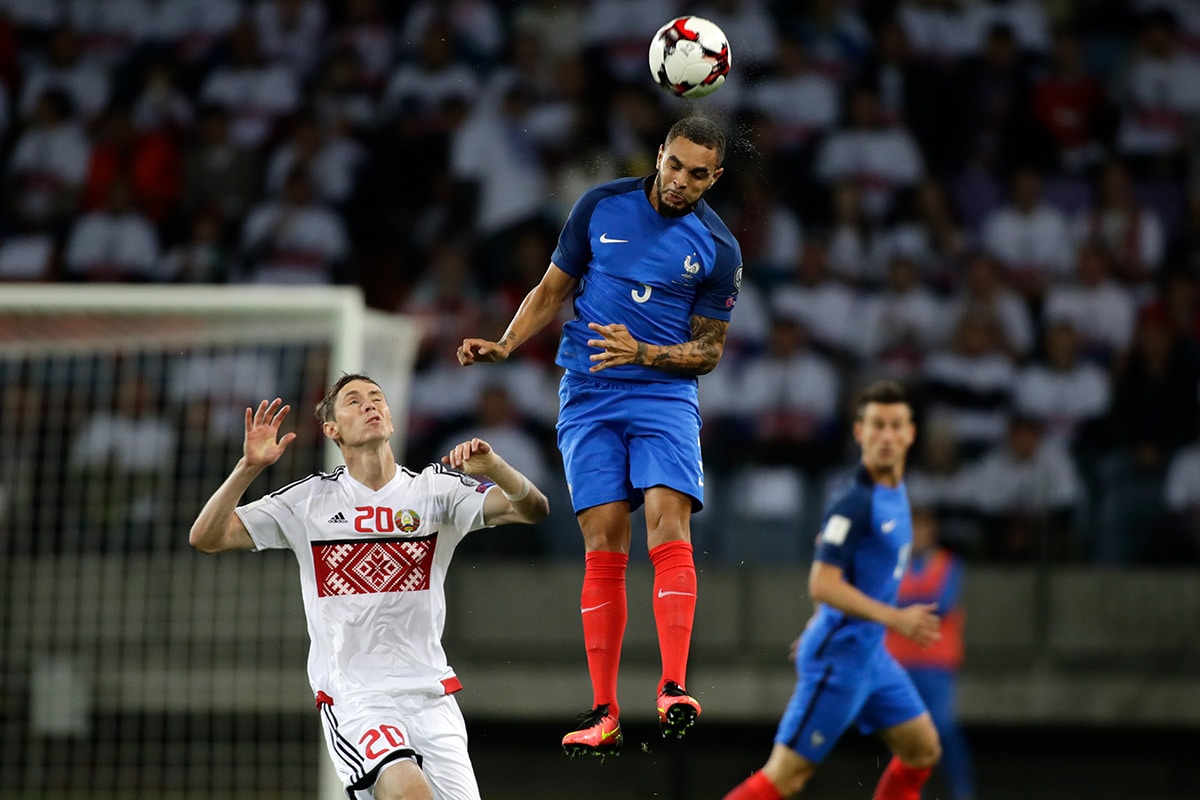 Layvin Kurzawa has kicked off his season with Paris Saint-Germain as well as anyone else in the champions' squad. The left-back has taken over from Maxwell in the capital and his performances against Italy and Belarus will make it very hard for 35-year-old Patrice Evra to regain his spot.

Still only 24 years old, Kurzawa's ability to bomb forward, create and score goals allied with his solid defensive attributes, make him a very exciting prospect for both club boss Unai Emery and Deschamps.

Joining Kurzawa was the returning Raphael Varane. The Real Madrid man missed the Euros due to injury but looked like he had never been away. Commanding at the heart of the defence, his distribution, power in the air and leadership will be key over the next two years.

On the other side of the back four, Djibril Sidibe made his debut at right-back against Italy. The AS Monaco man has had a strange couple of years. He was signed by Lille from Troyes in 2012 to play right-back, but some mixed performances led to Les Dogues moving for Sochaux's Sebastien Corchia.

Last season, due to a lack of options, Sidibe played the season at left-back and although great going forward, was quite abysmal at the back. Monaco spent €14 million on the 24-year-old and have moved him back to his more natural position. He is getting better defensively, but the thought of him and Kurzawa bombing down each flank is a tantalising prospect.

In the midfield, the progression of Paul Pogba is going to be a huge factor in how well France perform. He can be frustrating to the point of disappointment, but you just know he has the potential to make the difference.

Everyone in the Premier League now knows about N'Golo Kante. A late arrival on the international stage, his influence has yet to be truly felt. How Deschamps gets the best out of him and Pogba will be an interesting side plot.

Kante repeated his manager's mantra for the need to move on from Euros' disappointment. He said: “The Euros? They're behind us now, really, and we're into a new challenge. We'll have to go after this World Cup qualification place.” 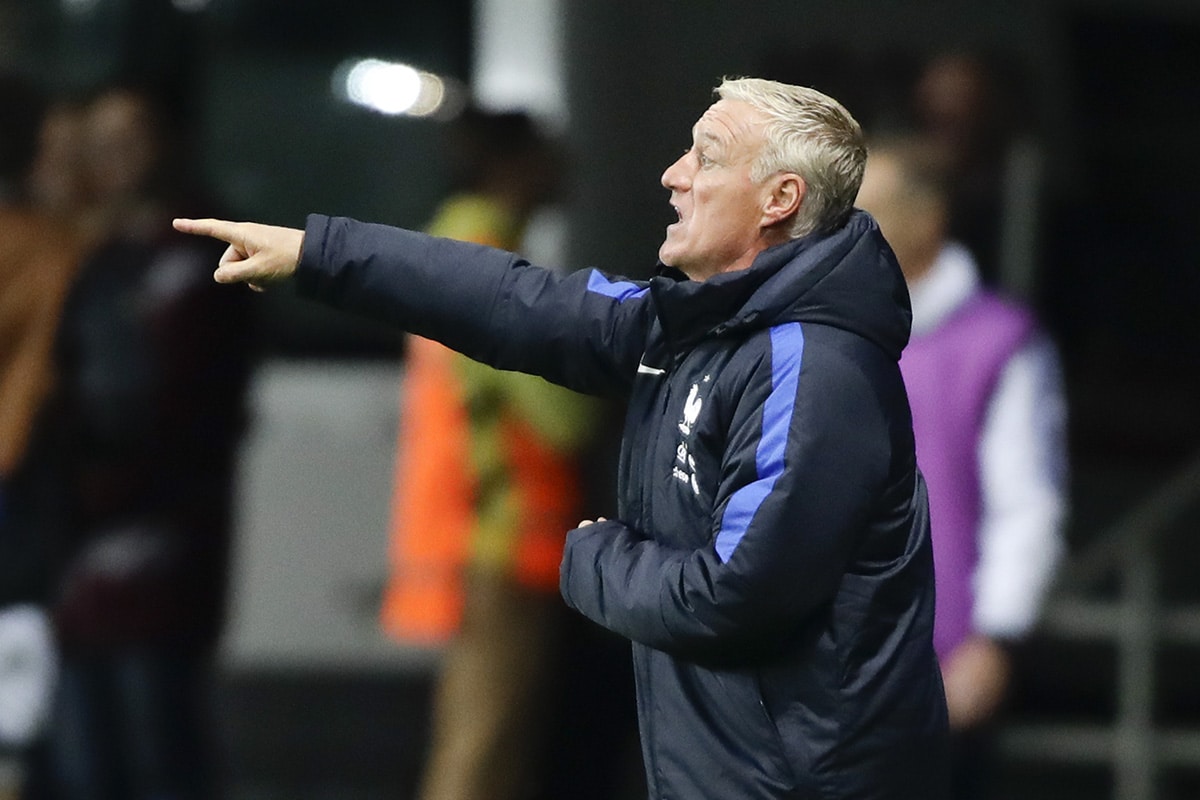 In the background, France have two very exciting central midfielders playing for the under-21 team. PSG's Adrien Rabiot and Lyon's Corentin Tolisso are both excellent prospects in their own right, but paired together have been even more impressive.

Currently second to in their qualification group, Les Bleuets' place at next summer's U21 European Championships in Poland is in jeopardy – only the nine group winners, plus three best runners-up qualify.

However, Tolisso and Rabiot turned out a crucial display to beat Iceland 2-0 on Tuesday. Working together in tandem, they dominated the midfield, combining for the second goal as Rabiot picked out the Lyon No8 for a late header.

With both youngsters playing ever-bigger roles for their club sides, it must only be a matter of time before Deschamps looks their way. France has an abundance of talent in that area of the pitch, but those two are the future.

Up front, the future was there to see this summer. Antoine Griezmann, Anthony Martial and Kingsley Coman all playing a part. Add in Lyon duo Alexandre Lacazette and Nabil Fekir, plus Dortmund's Ousmane Dembele and there is firepower to burn.

Even the U21s have Jean-Kevin Augustin, a striker PSG have high hopes for; Lyon's teenage rising star of Ligue 1 Maxwell Cornet; and Utrecht's Sebastien Haller.

Soon it will no longer matter if you are Team Giroud or Team Benzema, France have a bright future outside the two strikers who will be over 30 by the time the next World Cup starts in Russia.

Forget the disappointing draw in Belarus. As host of Euro 2016 it was France's first away qualifier since 15 November 2013 when they lost 2-0 to Ukraine in the first leg of their 2014 World Cup play-off. Now the cobwebs have been blown away, look for this young, vibrant team to take the world by storm in two years’ time.