Four years ago, France won the Under-20 World Cup in Turkey. Quite a few of their squad have gone on to spark great careers, although they are still at the beginning, signing for Manchester United, Arsenal, Chelsea and Barcelona.

This week, the new crop of players take part in a friendly tournament, taking on England on Saturday and the hope is, with the amount of amazing young prospects currently in the French system, this could be another amazing generation.

Paul Pogba is the pick of the crop of players that lifted the trophy in 2013, playing for Juventus at the time, the 20-year-old sauntered his way through the tournament. He may not have put in the performances, but you could clearly see that he was head and shoulders above everyone else, saving his best for when they took on Turkey, turning it on against the home nation crowd.

It helped him grow up and another two seasons at the Italian giants led to a record-breaking transfer back to Manchester United.

Just like that summer, the pressure is again on the young Frenchman to perform and live up to expectations.

In the starting line-up, Pogba was joined by Geoffrey Kondogbia and Jordan Veretout. The latter struggled recently at Aston Villa, but is currently enjoying his time in loan at Saint-Etienne. The Birmingham club was the wrong move at the wrong time.

Kondogbia had already enjoyed success with Sevilla and would go on to help rebuild Monaco’s top-flight status back in Ligue 1, but another big money move, this time to Inter Milan hasn’t quite worked and the 24-year-old has a challenge on his hand to get back to that level. 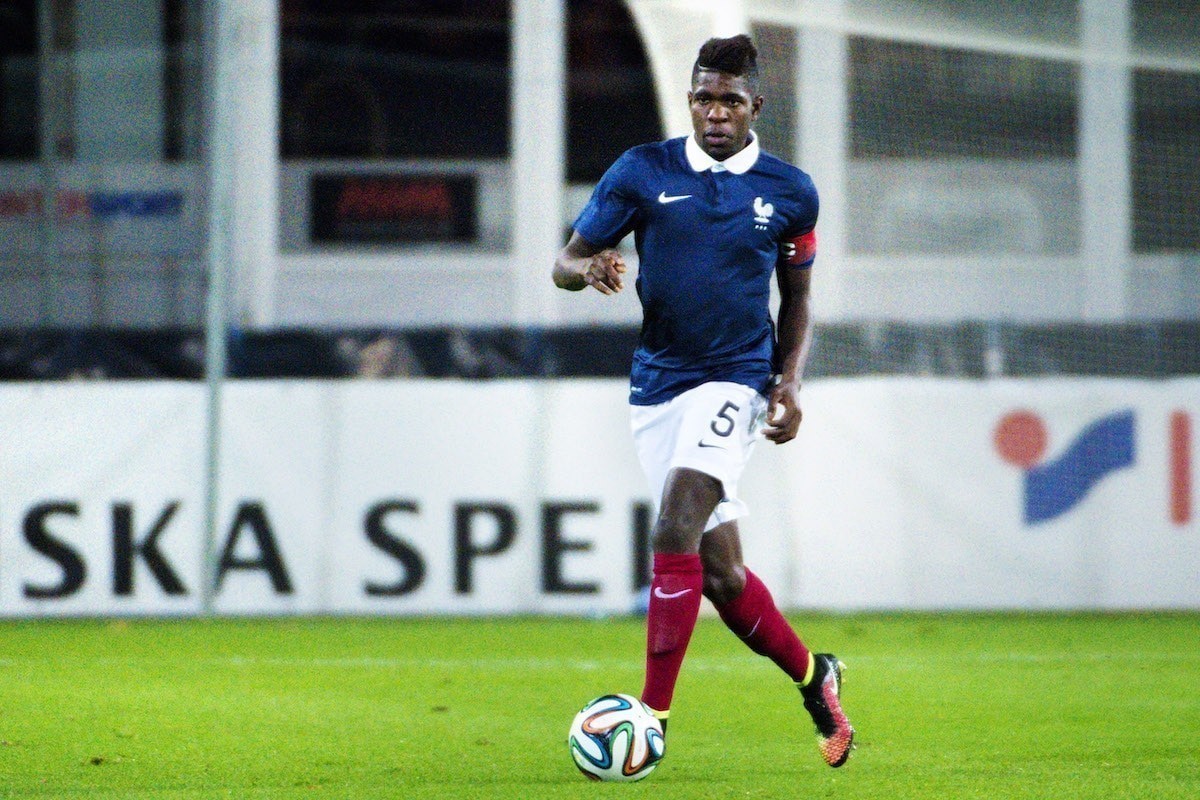 Kurt Zouma and Samuel Umtiti commanded the back line, joined by Lucas Digne at left-back. Two of them now play at Barcelona, with Zouma on the road to recovery following a devastating injury for Chelsea.

Alphonse Areola saved two penalties as France bettered Uruguay during the shootout that decided the final.After taking his time on loan at Lens, Bastia and Villarreal, he was given the chance to start at Paris Saint-Germain and is now in a fight with Kevin Trapp for the No.1 jersey at the Parc des Princes.

Up front has been the biggest problem for Les Bleus of late, despite stars in all other areas, they have struggled to develop a truly special forward.

Florian Thauvin announced himself that summer, scoring two stunning goals to fire France past Ghana and into the final. Sadly, the success got to his head during the tournament and after an agreed deal to sign for Lille, he decided on his return that he wanted to move to Olympique de Marseille instead.

Growing under the guidance of Marcelo Bielsa, due to financial issues at OM, he was forced to move to Newcastle United and it’s only now, four years after his greatest moment that he is finally finding his feet and showing the same promise he did in Turkey and Bastia.

His fellow forwards were Jean-Christophe Bahebeck – currently on his fourth loan spell from PSG at Italian side Pescara – and Yaya Sanogo. The less said about the striker that swapped Auxerre for Arsenal after the tournament.

21 appearances later, the 24-year-old still hasn’t found the net for the Gunners and he’s a great example that all young prodigies won’t always make it.

Playing against Senegal, England and Portugal in Western France, it is a chance for the new crop to show that they have what it takes against some of the best young talent across the globe.

However, the biggest difference between England and France in this tournament is that their young stars are already becoming stars at their parent clubs, rather than on loan across Europe.

After turning 18 in January, he has already started over 50 games in Ligue 1, leading to him being linked with Arsenal. A very impressive start to his young career, he has already clocked up two clean sheets against PSG.

Perhaps further ahead than Areola was at the same stage in 2013, he is a bigger prospect and easily France’s best chance at replacing Hugo Lloris as the No.1 goalkeeper in the country.

The defence is perhaps the area of this team with the least experience. Olivier Boscagli hasn’t quite broken through at Nice. Enock Kwateng and Nordi Mukiele have impressed in parts for Nantes and Montpellier and Jérôme Onguene swapped Ligue 2 for Germany’s second division with Stuttgart.

The biggest prospect in the back-line is one of the best young players in Ligue 1 this season.

Joris Gnagnon has emerged as not just a top young player at Rennes, but one of their stand out performers.

Just 20 years old, the centre-back has started 20 times this term, becoming a young leader of his team.

With 1.9 tackles, 1.6 interceptions and 4.6 clearances, he putting himself in all the right places for his club. Winning 2.9 aerial battles per 90 minutes, he is as commanding in the air as he is on the ground.

Gnagnon could be the Umtiti of this new generation.

Just like in 2013, France’s midfield is as stocked as ever. After Pogba and Kondogbia came Corentin Tolisso and Adrien Rabiot and now, Les Bleus can call on Nantes starlet Amine Hart, Denis Will Poha of Rennes and Christopher Nkunku, Lucas Tousart and Maxime Lopez, all playing for three of France’s biggest clubs.

Nkunku, a busy, energetic box-to-box midfielder, has started five times for PSG this term, and his performances for the capital club in the UEFA Youth League have rarely disappointed, this is a great chance for the 19-year-old to show his international talents.

Recently, OL coach, Bruno Genesio has handed Tousart a starting role in the midfield and the teenager hasn’t disappointed. Showing his class at covering trouble, neat passing and a great sense to read the game, he is starting to show the ability that he has always promised.

The crown jewel though, is Lopez. The little midfield dynamo has come through and massively impressed for Rudi Garcia this season.

An almost telepathic gift to drift in between the lines, pick passes, be a defensive No.6, then a No.10, within a blink of an eye.

He reads the game well, breaks up play, but then always looks to push forward and create in the final third.

Lopez was courted by Premier League teams and was a summer target for Liverpool, but despite a small blip after a superb start, he and Marseille see his immediate future in the south of France.

Just like in 2013, the attack doesn’t quite have the same standout names as the midfield, but there are reasons to be hopeful.

Jean-Kévin Augustin is a player with huge potential, but his limited minutes in Paris – just one start in 10 appearances – and his refusal to go on loan hasn’t helped. He will be eager to prove he still has what it takes.

Ludovic Blas and Marcus Thuram have potential, the former was part of the Under-19 European Championship team last summer and Ivan Cardona is the next striker to come off the Monaco production line.

The unpredictable member of this team is Allan Saint-Maximin. On loan at Bastia from Monaco, the winger has been allowed a free role this season and he has been outstanding in a very poor team.

His Corsican team are 19th, but he has three goals, two assists and a ton of moments capable of getting you off your feet.

Thought to be a target for Celtic in the summer, it will be very interesting to see how he performs with better players around him, and Monaco will be as interested, as they may need him in the first-team next season.

It remains to be seen who will be the Paul Pogba and who will end up being the Yaya Sanogo, but it will be extremely interesting to watch and find out.

France play Senegal in Saint-Malo at 20:00 CET on Thursday, England in Saint-Brieuc at 18:00 CET on Saturday and the third game against Portugal on Tuesday March 29 at 17:30 CET in Ploufragan.

NOW READ: Nice's Dream Season Could Be Destroyed By Injuries