The 2022 World Cup Qualifications for Europe will soon be underway, and the game of France vs Ukraine will be one of the first for this competition. If you are looking to wager on the matches of the National teams, you are in the right place!

Here is our experts’ take on the game in hand:

Although the odds are true at the time of writing, they are subject to constant change. Check your betslip before placing your final bet. Our recommended bookmaker for this match is Ladbrokes.

Being the clear favorite, after beating Ukraine 7-1 the last time they met in October, the odds of 3/10 for France's win doesn't provide the value we aim for. Thus, we've preferred the –1 Handicap tip, as it boosts our bet's risk/reward ratio quite significantly.

Although, being heavily outgunned in this match, Ukraine’s squad is still a very capable one. In their most recent UEFA Nations League games they managed to beat Switzerland and Spain and also score in both matches against Germany. Ukraine is not to be underestimated and backing the BTTS pick is a way to manifest that.

First Team to Score in the First Half – France

Looking back through The Blues’ most games, a certain trend comes in sight. The France National Team has scored in the first half of every single one of their last 5 victories. We predict that they will do it again.

Didier Deschamps' squad is the current World Cup winner, and it looks in great form to repeat this feat. France's games from 2020 have resulted in 6 wins, a goalless draw against Portugal, and a 0-2 defeat to the hand of Finland. Their goal difference from these fixtures stands at +11, with 19 scored goals and 8 conceded.

Ukraine on the other hand had it much worse in their Nations League run. The team has only won 2 out of their 8 most recent 2020 games, losing all others. To be fair we have to give it to them, as they found themselves in possibly the toughest group containing Germany, Spain, and Switzerland. And despite the losses, the Ukrainian side put up a great fight. Their highlights include defeating Spain while keeping a clean sheet, and finding the net twice versus Germany and once vs France. 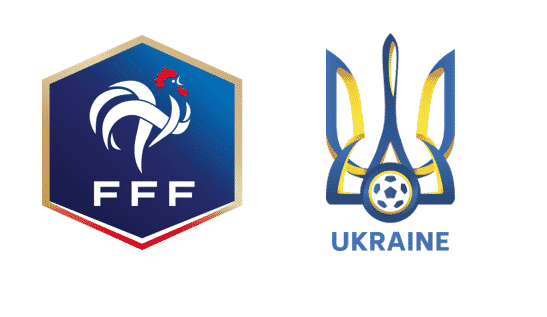