This match sees top team, France, take on bottom side, Kazakhstan. In theory, it's a home banker but just how easily do we expect France to brush aside their visitors? Find out with our France vs Kazakhstan match preview with free tips, predictions and odds mentioned along the way.

France vs Kazakhstan: Our top tips

An easy day at the office for France

Our first prediction is for France to win this match with a minus two handicap applied. Their form doesn't scream this is a sure thing but we have to factor in the strength of opposition; 2-1 and 3-2 wins over Belgium and Spain aren't a good benchmark for how comfortably they'll beat Kazakhstan. In the not too distant past France have put three past the likes of Bulgaria and Wales whilst a 7-1 win over Ukraine isn't exactly a distant memory either. A look to the group standings details what Kazakhstan face in France; they have the worst attack and worst defence in the group whilst France have the best defence and second best attack. It should be very one sided.

They'll ramp up in the second period

Our next tip is that the second half will see more goals than the first. This might seem like a bit of a coin flip but there is method to our selection. Just one of France's last eight have seen more first half goals versus the second period. For Kazakhstan it's a similar story with the away side here usually much tighter in the early exchanges; none of their last seven games have seen more first half goals. The last game that did was back in March when they lost to…France. We don't think you can read too much into that though.

We've already made the prediction that France will score a few goals (hence the minus two goal handicap); if they do you can expect Karim Benzema to be on the score sheet. The Real Madrid striker is having a phenomenal season with 10 goals from 11 La Liga games plus a further four in four in the Champions League. On top of that, he has scored three in his last two so he arrives at the international break in good form. Oh, and he's scored in his last two games for France too.

Find the best odds for France vs Kazakhstan

You don't have to be mystic Meg to say that France will be at Qatar 2022 and Kazakhstan will not. Despite the attacking talents in the France squad their form in qualifying has been underpinned by a strong defence; given their side usually sports the likes of Raphael Varane and N'Golo Kanté it's not a big surprise. They'll be without Varane here though through injury; the same applies to Paul Pogba. As for Kazakhstan, they can only dream of a solid defence having shipped more goals than anyone else. In Nuraly Alip though they do at least have a highly respected young centre back. This game will be a big test for him.

FAQ on France vs Kazakhstan 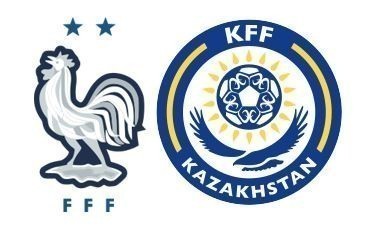