As France prepare to take on Sweden on Friday night, Didier Deschamps has a midfield dilemma, an are in which Chelsea’s Antonio Conte has no such problem.

It comes in the form of N’Golo Kante. The sensational midfielder and one of the key components as the Italian boss has developed the London club into title contenders this season. Kante has played every minute of every game in the Premier League, but for Les Bleus it’s a much different story.

After starting the opening group games of Euro 2016, he was rested against Switzerland, then sacrificed at half-time when France were 1-0 down to the Republic of Ireland. Deschamps’ side turned it around and that was the end of Kante’s tournament. He featured for just 19 minutes against Germany in the semi-final. 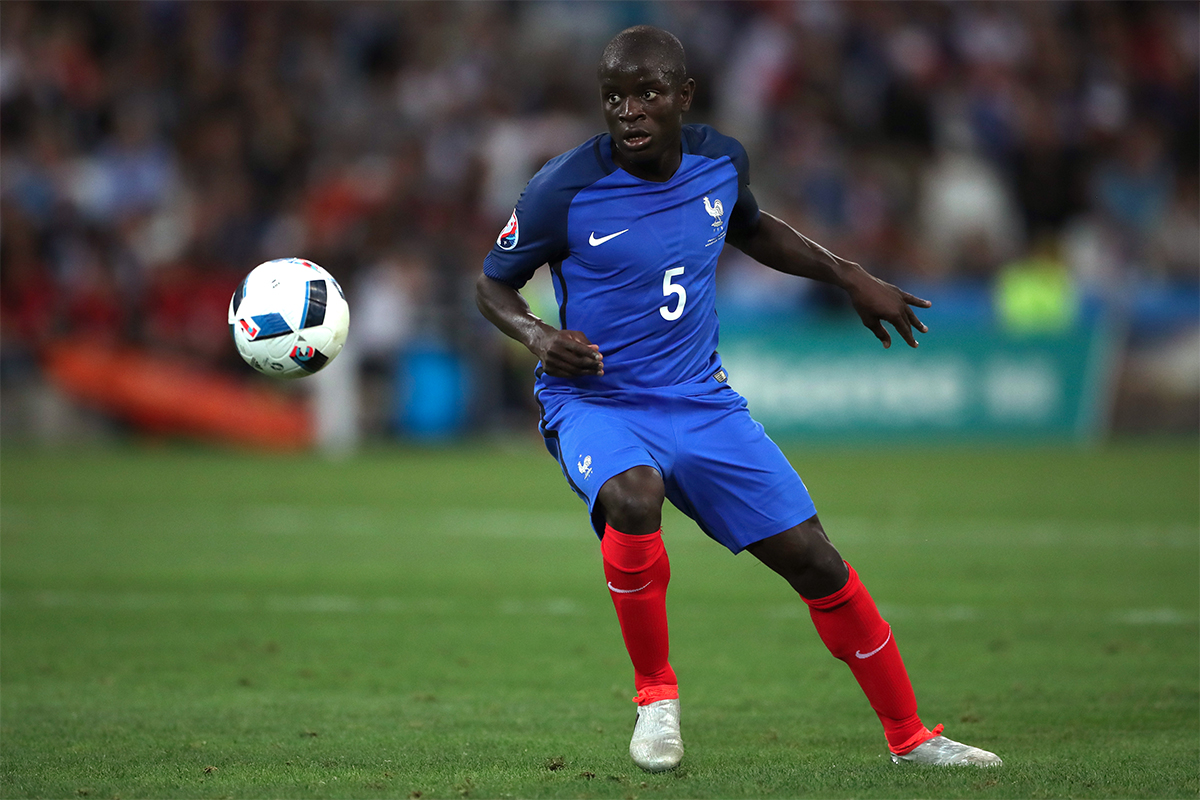 “I think he’s a complete midfielder, not only a defensive midfielder,” Conte told the press at the end of October. “You can see in the last three league games that N’Golo could have scored three goals. Against Hull after Diego Costa had hit the post, against Leicester when there was a deflection, and then he scored against Manchester United.”

The solo strike at Stamford Bridge was a window into the development of Kante’s game. Everyone expected him to pass the ball, but he jinked inside to provide the finish. As Conte allures to, he is not just a defensive option, he’s showing his ability at both ends of the game.

“He can play box to box, but I prefer to respect the position,” Conte said. “I like when N’Golo goes to press, and with this system I ask [the players] a lot to press, to go forward. I think N’Golo is very good at this.”

After an amazing debut season in the Premier League for Leicester City, his numbers have actually dropped in Conte's 3-4-3. He is making fewer tackles, interceptions and clearances, however, he is covering over a kilometre more per game. He is a midfielder that seems to be everywhere, Claudio Ranieri famously joked that he played with a midfield three, “Drinkwater in the middle, and Kante either side.”

For France, Deschamps, since that game against Ireland has gone from 4-3-3 to 4-2-3-1, favouring the duo of Blaise Matuidi and Paul Pogba. Logic would say that France really should pick just one of that duo on the left of the two defensive midfielders and play Kante on the right, but France reaching the final of the Euros seems backs up DD’s decision.

“Everything looks simple and easy with Kante,” the France coach said back in March. “And I know that it is not always easy, I have played sometimes at the same position.

“Sometimes, it is difficult. But Kante knows what he has to do and he does it well, very well, for the team.” 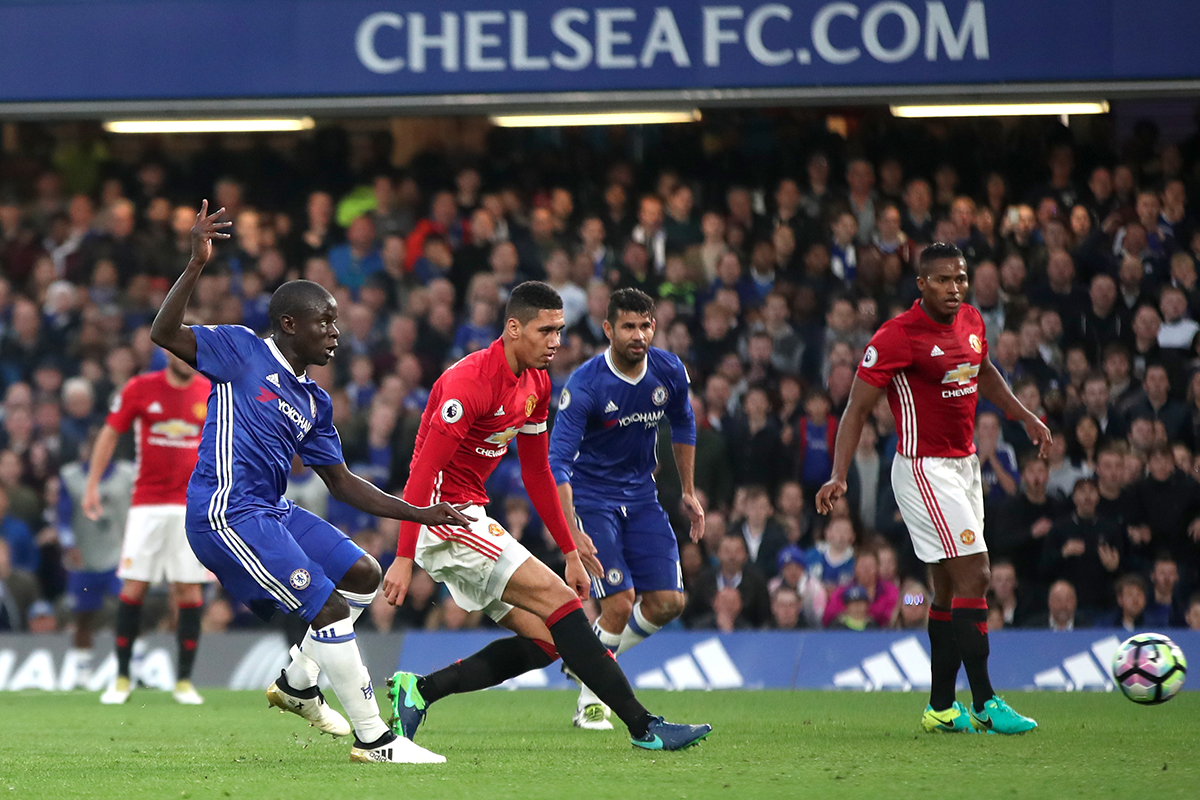 If anyone is going to respect a defensive midfielder it’s Deschamps, the famous water-carrier made his career in that role. However, despite Pogba’s struggles to play on the right, the former Chelsea player insists on playing with two players that are more comfortable on the same side.

Pogba, although he scored against Swansea, has not enjoyed the best season. Matuidi has proven his worth for Paris Saint-Germain although he was nearly sold in the summer.Yet, both player’s numbers pale in comparison to Kante this season.

The Chelsea man has made double the interceptions of Pogba and more than the Manchester United man and Matuidi combined. He makes more recovery tackles than Matuidi and more than double that of Pogba.

Deschamps discovered in the summer that the 4-3-3 doesn’t quite suit the players he has, especially in the attack, but in Kante he has a player that is perfect for a two-man midfield. That’s where he excelled for Leicester and again now, with Chelsea, he has continued to improve.

? Kante gets his first #PL goal for @ChelseaFC #CHEMUN pic.twitter.com/VV10K4qgsX

Whether it’s the 4-2-3-1, or 4-4-1-1, the 25-year-old Premier League winner is everything that Deschamps and France are looking for. He’s not just a midfield sitter, he’s not a pure No.6. He may not have the passing range that the national team has been used to in the past, but if chosen with Pogba and Matuidi dropping to the bench, they could find the perfect blend of attack and defence, allowing the former Juventus star to play with more freedom.

Moussa Sissoko is still taking his place on the right of Deschamps midfield too, so there is extra protection from the flanks, Kante’s inclusion would add security, another layer of protection and allow the attacking trio to play with the knowledge the defence is protected.

Regardless of who plays in the back four, they would surely feel safer having Kante in front, putting in the type of shift that gives defenders less to do.

It’s a hard decision to make, do you drop Matuidi, a player that has given his all for his country, or bench Pogba, a potential game winner and world class talent. However, that should be the only decision, with Kante the rock that you build the midfield around.