The knockout stage of the World Cup is when the competition comes to life. Forget what came before and during France's 4-3 victory over Argentina on Saturday, we waved goodbye to the group stage.

It had everything; goals, a penalty, deflections, superb performances up and down the pitch and the emergence of a youngster on the world stage.

Antoine Griezmann opened the scoring after 13 minutes from the penalty spot, but it was a goal made by Kylian Mbappé. The Paris Saint-Germain forward destroyed the Argentina defence with a blistering run, and Marcos Rojo could only foul the 19-year-old.

A stunning hit from Ángel Di María brought the South Americans back into the game before half-time, then a deflected Lionel Messi shot came off Gabriel Mercado and there was nothing Hugo Lloris could do.

France hit back through Benjamin Pavard, the right-back scoring with a sensational finish, even better than Di Maria's. Then Mbappé took over.

A great left-foot finish beat Franco Armani down to his left, then Giroud unleashed him down the right and the teenager was calm, cool and collected, powering the ball into the far corner. France were 4-2 up and the game looked beyond Argentina.

Sergio Agüero added a late consolation, but the damage was done.

Here are five things we learned from France's 4-3 win over Argentina.

Kylian Mbappé is the real deal

If you were unsure because he plays in Ligue 1, or maybe you hadn't seen enough of the 19-year-old to really get a feel for his talent, everything he did on Saturday announced himself to the world.

From the first minute, the forward caused the nervy back-line issues, his dynamic runs in behind were electric. For the opening goal, he ran through the middle of the Argentina midfield, the defence couldn't react and they had to bring him down.

Later, France would win a free-kick on the edge of the box after a pin-point pass from Paul Pogba was latched onto by Mbappé and again, the defence had no choice but to bring him down.

According to StatsZone, he finished with two shots and two goals, but when you add in his seven successful take-ons, five ball recoveries and two interceptions, it was the complete performance.

Pogba stands up and delivers 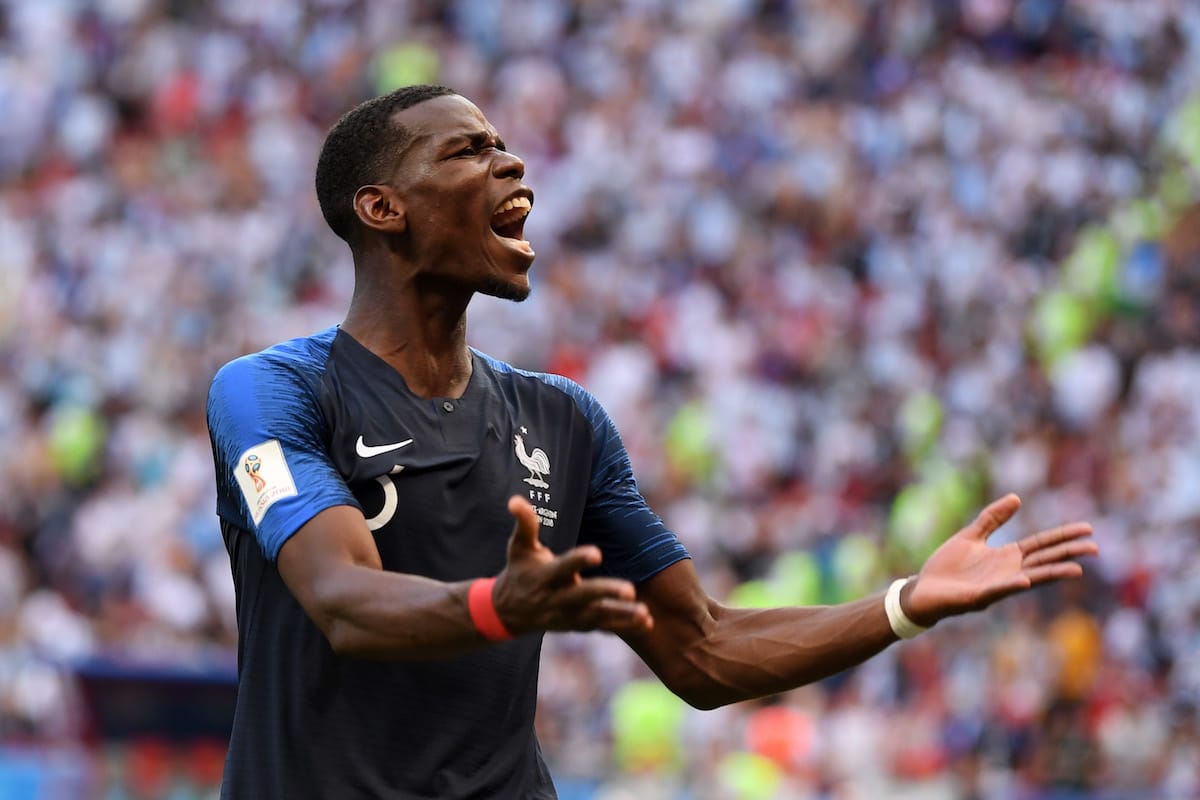 After being rested against Denmark, all eyes were on how the Manchester United midfielder would perform against Argentina.

These are the games Pogba was built for, this is when France and Deschamps need him the most.

Against both Australia and Peru, although fleeting, he made his mark. Les Bleus' second, eventually given as an own goal, all came through a quick spark of action from the former Juventus man and it helped his country steal a 2-1 victory.

Then his thrusting attack and perfectly weighted pass found Giroud. Fortune took the ball over the keeper, landing at Mbappé's feet, but it was Pogba again who instigated the goal.

As France qualified for the quarter-finals, he completed 35 of his 44 passes, was only dispossessed twice and gave France the impetus to attack, defence and push Les Bleus forward.

It was the type of display fans of Juventus and Manchester United will say they don't see enough of, but we all know it's there. A man for the big occasion, he stood up and made himself huge. 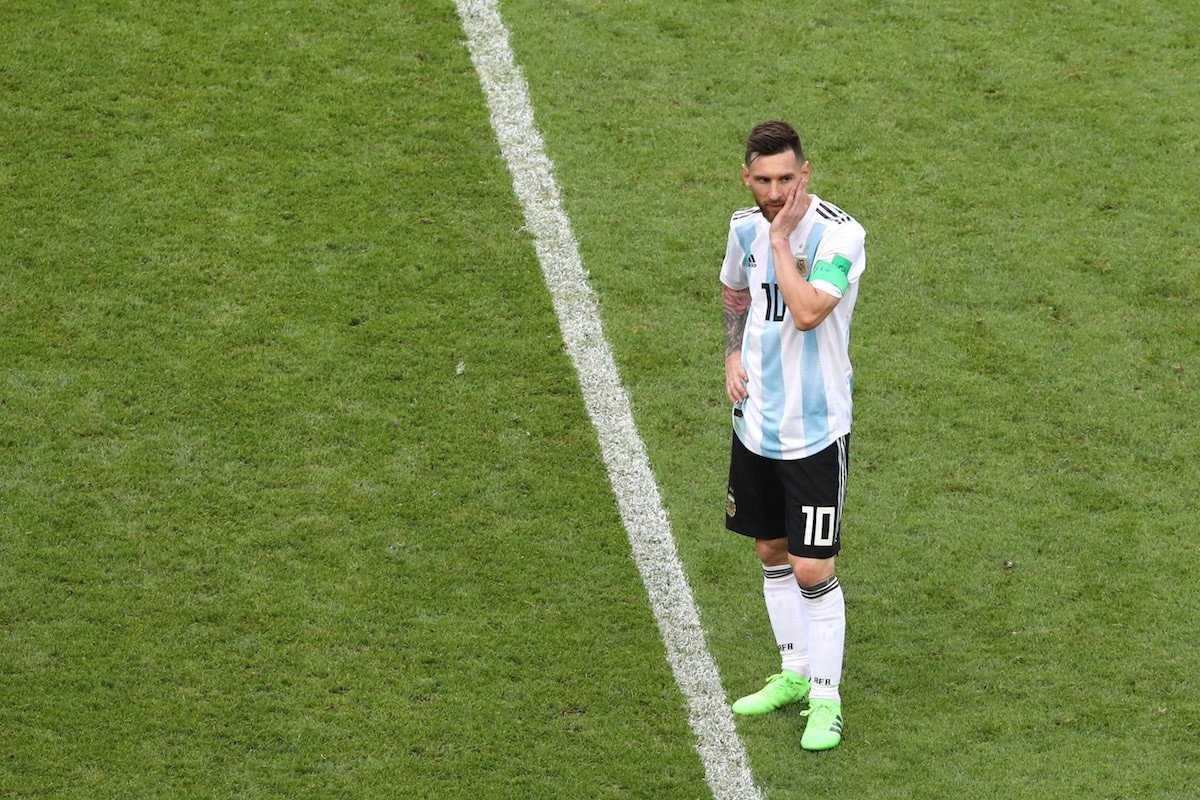 Safe to say it has been a mixed World Cup for the Barcelona talisman. In the draw with Iceland he attempted 11 shots on goal, only three found the target and he missed a crucial penalty. That was the bad.

Losing 3-0 to Croatia, he made fewer passes than Willy Caballero and just one shot. That was the ugly.

Then, when his country needed him most, as he always does. He stepped up. Scoring one of the most sublime goals of the tournament he fired Argentina towards victory. That was the good.

Against France, we saw all three faces in the one game. Four shots, only one on target. Five players in his own team made more passes, but he created two chances. One of those was for Agüero's goal. All too little, too late.

Messi has never scored for Argentina in the knockout stage of the World Cup. He might never right that wrong.

Deschamps has received criticism for his team selection so far, but it seems like an impossible job. Somehow trying to find a formation and XI which can combine all their talent and attacking weapons.

4-2-3-1 was his decision on Saturday, playing Blaise Matuidi on the left of the midfield, looking for the Juventus man to track the runs of Messi and give some metal in front of the defence.

Ousmane Dembélé, who started two of the three group games started on the bench, with Griezmann starting behind Olivier Giroud and Mbappé on the right wing.

The much-maligned coach got his team choice spot-on. Matuidi was excellent, N'Golo Kanté shepherded and protected the back four and Mbappé coming off the flank worked to perfection.

It may have been uninspiring through the group stage, but as some expected, given more space to play and against opponents who can't afford to just sit and defend, France had space to express themselves.

One bad mark for the France team going into the next round will be, who replaces Matuidi in the midfield. The 31-year-old picked up his second yellow of the tournament in the second half and will miss the quarter-final.

Corentin Tolisso replaced him against Argentina, but he doesn't have the same defensive nous as Matuidi. Steven N'Zonzi could play, but he is more effective in a deeper role.

It's unlikely, against either Uruguay or Portugal that Deschamps would be as brave to play Dembélé or Nabil Fekir, or even Griezmann down the flank. He's likely to pick one of his midfield options.

Who he picks could be key to France's progression through to the semi-finals.