France, for the second time in their history, have won the World Cup, beating Croatia 4-2 in the Luzhniki Stadium on Sunday.

Twenty years ago, Zinedine Zidane stepped up to become his country's hero, scoring twice against Brazil in the Stade de France. Through the 90 minutes in Moscow, Les Bleus discovered new heroes all across the pitch.

Antoine Griezmann’s free-kick was headed into his own net by Mario Mandžukić after 18 minutes to give the favourites the lead but the Croats levelled through Manchester United transfer target Ivan Perišić.

The final was nearly marred by controversy when Perišić, after the referee spent a long time watching replays at the side of the pitch, was judged to have handled a France corner. A penalty was given, and Griezmann tucked it away.

In the second half, although Croatia started well, two superb moves saw Paul Pogba and Kylian Mbappé score, the latter becoming the first teenager to score in a final since Pelé.

Lloris gave Croatia hope with 21 minutes to go when he gifted Mandzukic a goal, trying to beat him in his own area, but France held on and Didier Deschamps became just the third man to win the World Cup as a player and a manager.

Here are five things we learned from France’s 4-2 win over Croatia. 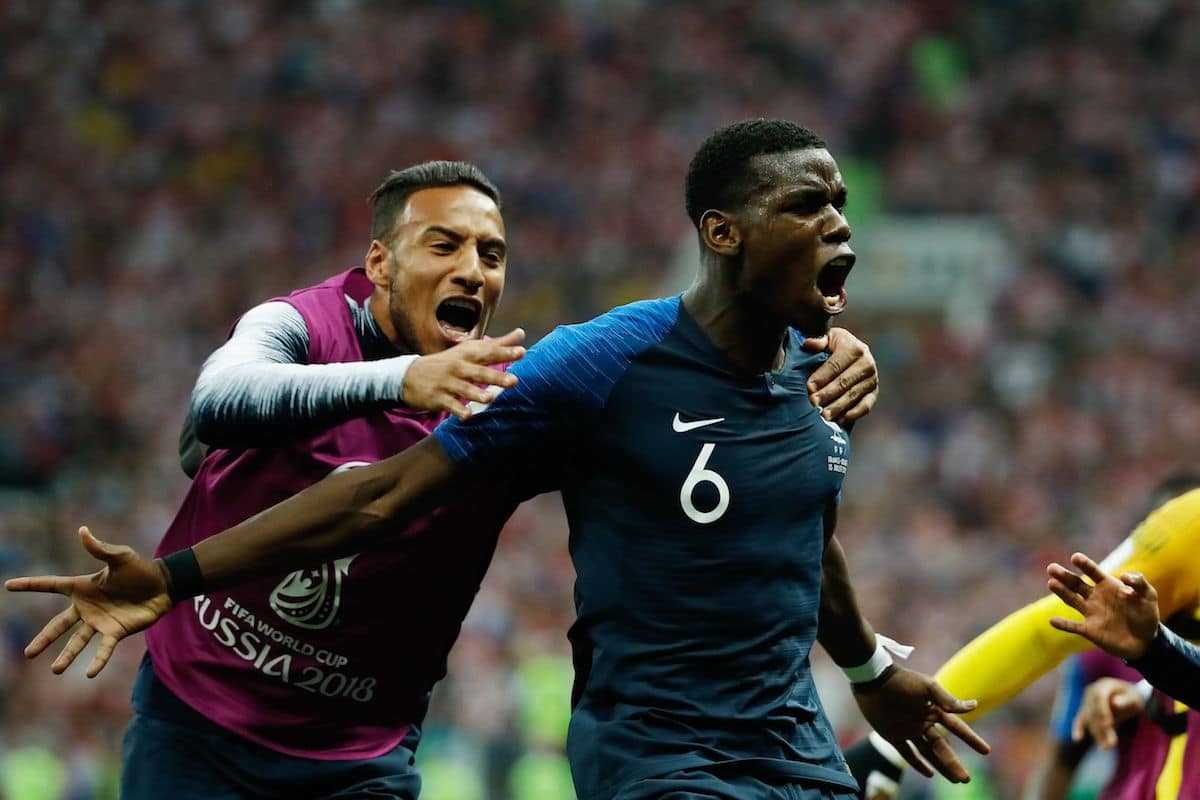 Pogba, much-maligned for nearly everything he does at Manchester United, has come of age at this World Cup, and anyone who watches France and analyses his performances can clearly see his role.

He isn’t expected to score or set-up all the goals, he tracks back when needed (helped by the amazing N'Golo Kanté) and most importantly he is allowed to do what he does best.

Sparking counter-attacks – either with strong, powerful runs or defence splitting passes – he is integral to everything France do well.

His goal showed it all; a long, low pass out to Mbappé, he then followed it up to reach the end of the box to take two bites of the cherry before his effort found the corner.

Completing 85.7 percent of his 35 passes, according to StatsZone, he won four out of his five tackles and made two interceptions.

Big players step up for the big games and there are no bigger than Pogba and the World Cup final.

This is Mbappé’s world 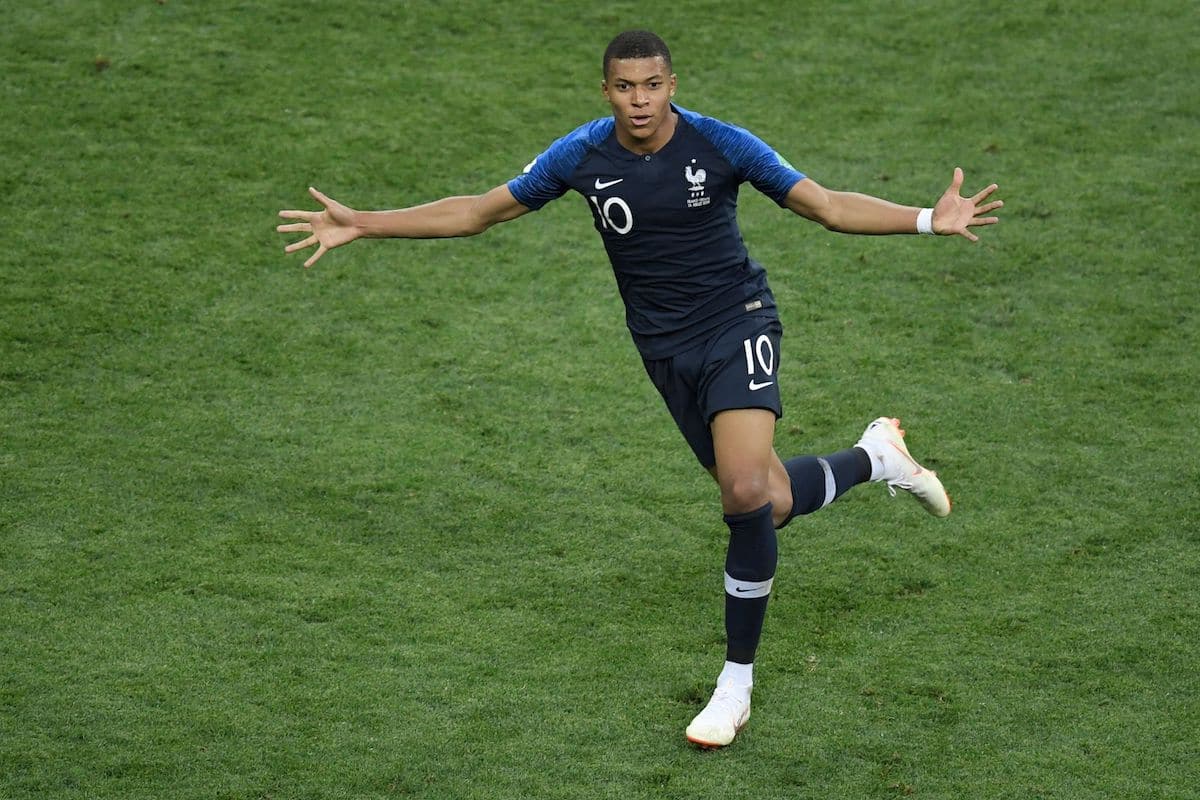 In 1958 in Solna, a young Brazilian forward named Pele scored twice as they beat Sweden 5-2 to win the World Cup.

On Sunday, Mbappé became the third youngest player to start in a World Cup final and with his 65th-minute strike, he became the first teenager since Pele to score in the showpiece event.

It wasn’t his greatest game of the tournament, just two shots on goal and 13 passes attempted, but his eight take-ons and recovering the ball seven times, he was everywhere France needed him and his pace was a constant threat.

Lionel Messi and Cristiano Ronaldo have never managed to win the World Cup and always have it held against them.

Mbappé has done that now, aged 19 and now he has another 10-12 years to win a couple of Champions League medals, a few Ballon d’Ors and cement his place as one of the greatest of all-time.

Perišić finished on a personal high

He may have been on the wrong side on Sunday, but Inter Milan’s Perišić ended his competition on high.

His goal against England sparked Croatia’s come-back and helped them reach the final, and again he was the man who wouldn’t give up against France.

Picking the ball up on the edge of the box in the first half, he skipped to his left and smashed a shot beyond Lloris.

He didn’t make the most passes, or create the most chances, but he never gave up and his fighting spirit never let Croatia’s heads drop until it was too late.

His only goal from open play before the final was helped massively by Uruguay’s Fernando Muslera.

Penalties against Australia and Argentina had put him on three goals, with another penalty on Sunday his sixth from sixth for France from the spot.

However, his game from open play has been poor. He’s made bad decisions when chances have come on the counter and when to shoot from distance or not.

Yet, no-one in France will care. He’s contributed from dead-ball situations and although they had to look to others for goals , unlike in the European Championships, he showed he still has a role to play no matter if he’s on top form or not.

What’s next for France?

Olivier Giroud is 31 years old and whether you are a fan or not, whether you can appreciate his style or not, you have to respect the role he plays in this France team.

He is unselfish , gives himself for the team and without a single shot on target, he still played a massive role.

People may want to see more of Nabil Fekir, Ousmane Dembélé, or any of the number of players who didn’t make the 23-man squad, but Giroud got the nod and without him, they wouldn’t have lifted the trophy.

Yet, going into the European Championships in 2020, there is no other player who can take over from him in the same role.

If Deschamps continues in the role for the next two years, he is going to have to break away from this 4-2-3-1/4-2-2 hybrid and look to find a way to play with three quick and more mobile forwards.

He tried against Australia in the opening game but it didn’t work.

There is a lot of work to do with the attack if France want to go one-step further and do the double in 2020, and definitely if they want to regain their World Cup trophy in Qatar.