With Aleix Vidal now ruled out for the rest of the season with an ankle injury, and converted midfielder Sergi Roberto failing to convince in the position, right-back is one of Barcelona’s main areas of weakness.

After Dani Alves left the club to join Juventus on a free transfer last summer, the Blaugrana elected to to sign a replacement for the legendary Brazilian, keeping faith in Roberto’s ability to grow into the role.

But the 25-year-old Spaniard, though competent going forward and a sound technician, has looked out of place for most of the season, and has often been exposed defensively.

So Barça will need to take to the transfer market in the summer to remedy this issue. Here are four right-backs they should consider signing. 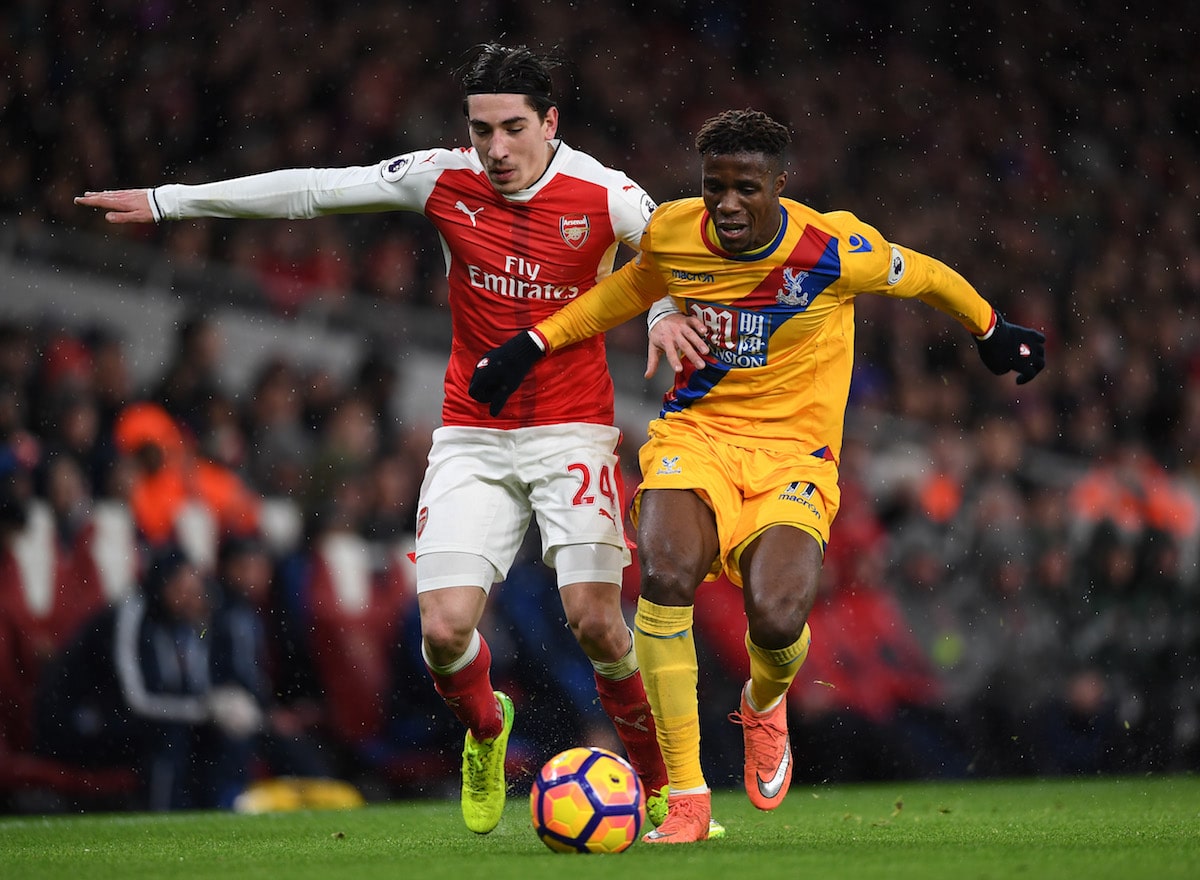 The obvious choice and the player continually linked with a return to Barcelona after leaving the club for Arsenal as a teenager.

Schooled in Barça’s prestigious academy, Héctor Bellerín is seen as the ideal fit for the Camp Nou first-team, and his return to the club is viewed by many as an inevitability.

However, of all the options listed, Bellerín would likely be the most expensive, with a price tag in the region of £40million, which could prove prohibitive for Barcelona.

Competent and comfortable in both the attacking and defensive phases of play, while possessing tremendous pace which enables him to transition quickly between the two, Bellerín would certainly add a new dimension to Barça’s right side.

The Arsenal man’s average of two interceptions per game this season is better than Roberto’s (1.4), while he also completes more dribbles per outing than the Barcelona player (0.8 to 0.6).

However, Bellerín falls short when it comes to pass accuracy, something that is valued highly at Barça, as he has completed 84.7 per cent of his passes this term to Roberto’s 87.8 per cent. 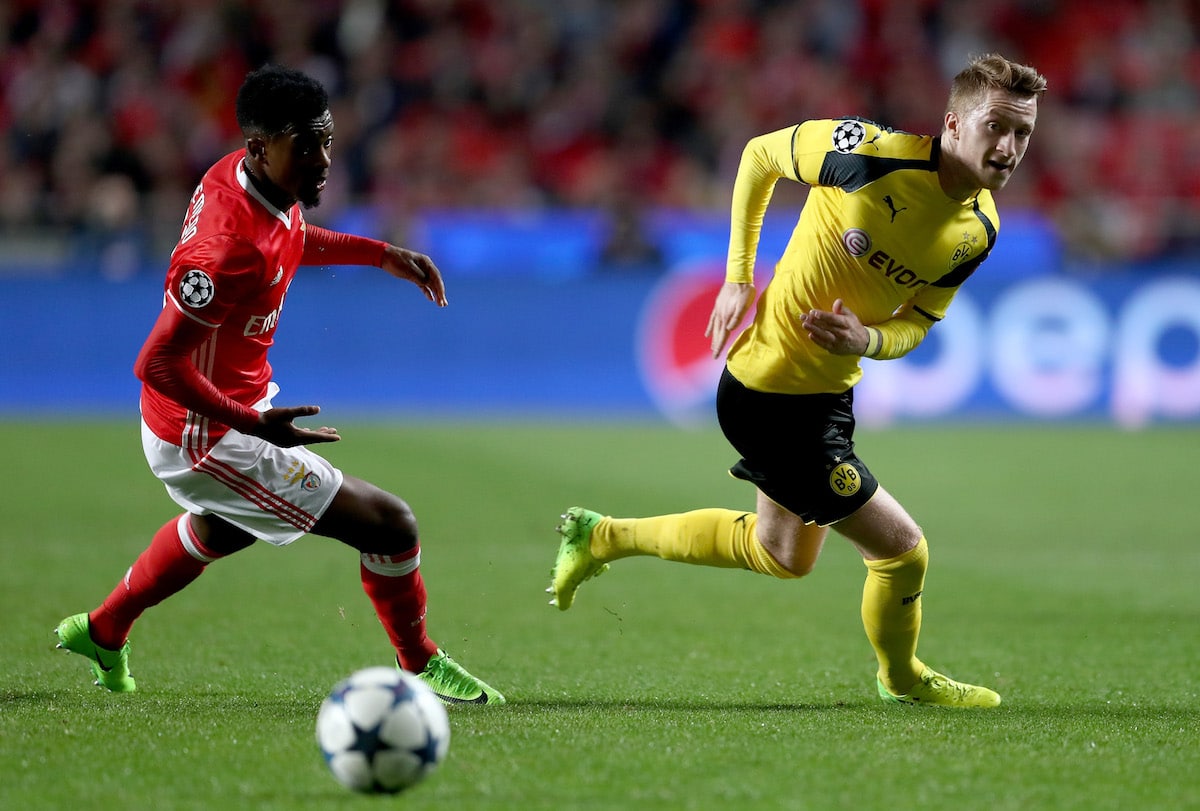 Athletic, fast and dynamic, Benfica right-back Nélson Semedo has impressed at the Estádio da Luz since his 2015 debut, and is reportedly a target for Manchester United and Bayern Munich

In the mould of a modern full-back, Semedo excels in advanced areas, linking with attackers and looking to break forward and create opportunities for team-mates through dangerous whipped crosses.

One of the key attributes that would make Semedo a valued additional the Camp Nou is his ability to not only move forward in wide zones, but to also cut inside in the way Alves was able to while at Barça.

Comfortable striking the ball with either foot, opposing defenders cannot be sure whether Semedo will attempt to break around the outside and look for a cross, or come inside and threaten goal with his left foot, as he did to score a spectacular 25-yard strike against Besiktas in the Champions League this season.

Perhaps not quite as technically proficient at Roberto or Bellerín, the Portuguese would have to improve upon his 80.3 per cent pass accuracy. But with six assists to his name this season, he has proven himself to be a better creator than either Spanish full-back. 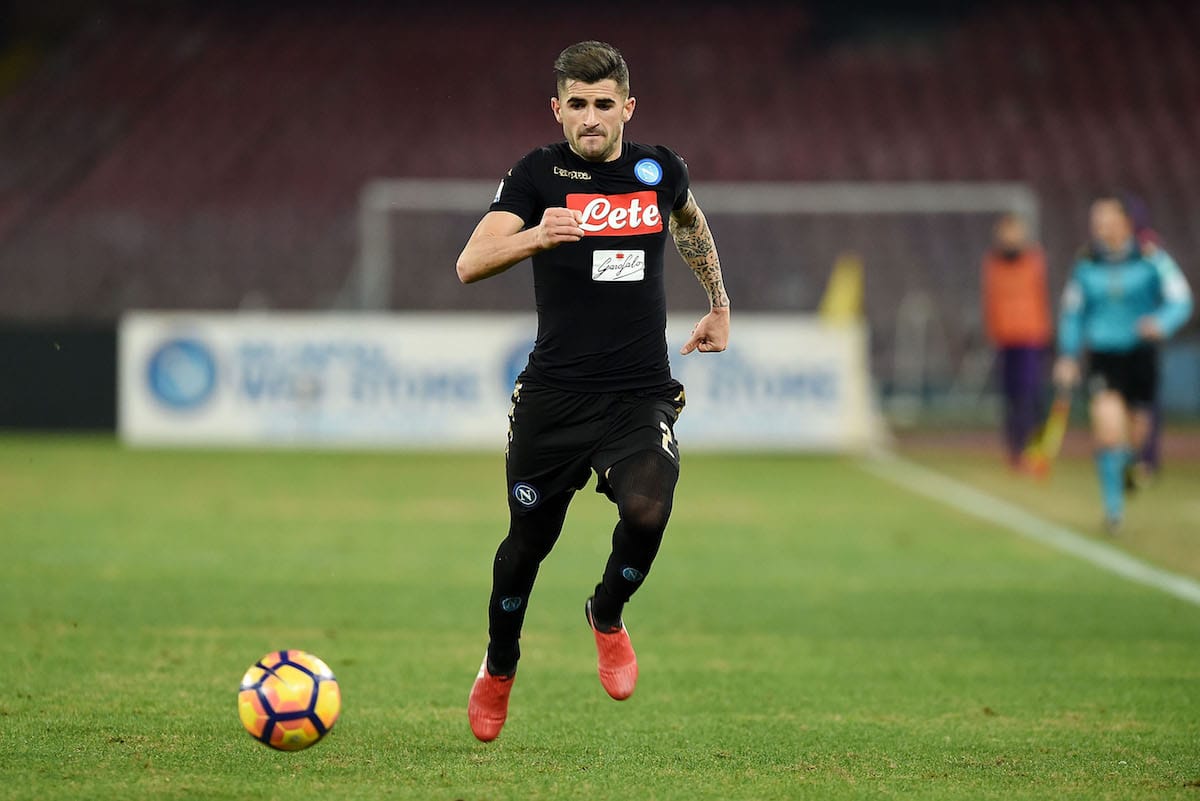 Less athletic than any of the other names on this list, Napoli’s Elseid Hysaj does not move up and down the touchline with as much dynamism as Semedo or Bellerín.

But, perhaps more in the mould of an old-school defence-fist full-back, Hysaj offers a greater degree of defensive proficiency.

That’s not to say that the 22-year-old Albanian is unable to contribute to the attack, though. What he lacks in raw speed, he more than makes up for with near-flawless technique.

Hysaj is blessed with a remarkable range of passing, able to spray 40-yard cross-field balls, launch counter-attacks with a direct and accurate forward pass, and link play in attacking zones.

Although he only has one assist to his name this term, Hysaj creates 0.7 chances per game, and completes 87.3 per cent of his passes.

The statistic that best underlines Hysaj’s suitability for Barcelona is that he makes an average of 55.6 passes per game for the Partenopei – better than Roberto’s average of 54.9. This level of involvement shows that the Napoli man is confident on the ball and willing to be heavily involved in his side’s build-up play, which will be a requirement should he move to the Camp Nou. 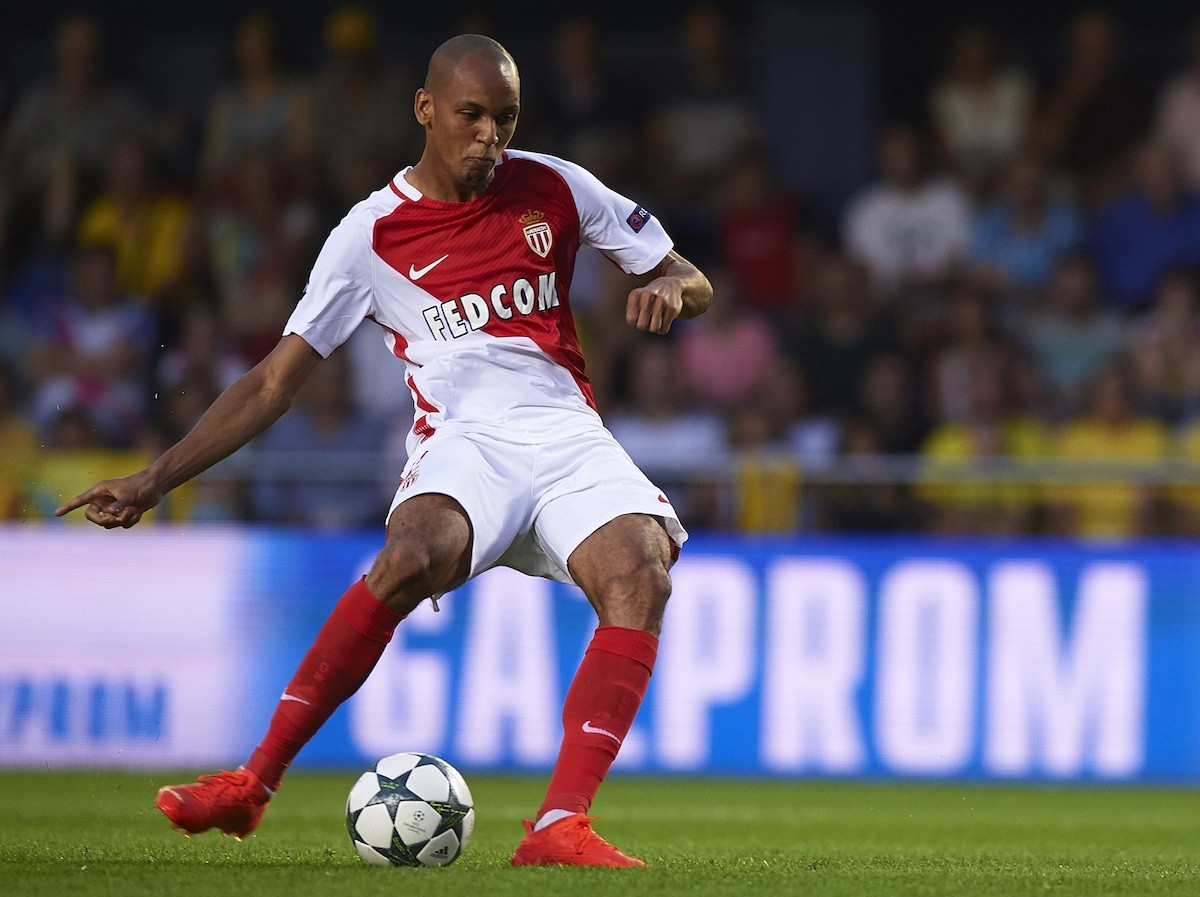 Though he has been excelling in central midfield for Monaco this season, Fabinho came to prominence thanks to his eye-catching displays on the right side of defence at the Stade Louis II.

Having gotten a taste of the responsibility and greater involvement afforded by his new central position, the Brazilian might be reluctant to revert to a full-back role. However, the possibility of playing every week for one of the world’s biggest clubs could convince him otherwise.

Believed to be a target for both Manchester City and Manchester United, Fabinho stood out at the Principality club over the last two seasons with his strength, power and pace down the right flank. The 23-year-old scored six Ligue 1 goals last term – largely thanks to his penalty-taking prowess – and registered four assists.

A confident dribbler and competent passer with sound positional senses, the former Real Madrid loanee has the potential to develop into an elite-level right-back.

Having signed a new deal with Monaco earlier in the current campaign, and with his reputation growing almost weekly, Fabinho would not come cheap. If Barça decide he is that man for them at right-back, they will likely have to fork out around £35million.