Fortuna Dusseldorf go in search of back-to-back wins at the start of the new 2. Bundesliga season but face a very tricky challenge this weekend at home to Werder Bremen. The visitors are one of the favourites to win the title and return to the top flight at the first time of asking but could only manage a draw with Hannover last weekend.

Our Predictions for Fortuna Dusseldorf vs Werder Bremen

Over 2.5 goals have been scored in five of the last six encounters between these two clubs and we're predicting more of the same this weekend. Four of the host's last five matches have witnessed at least three goals being scored and the very same can be said about Werder Bremen, so you can see just why we're expecting goals on Saturday.

As far as a final scoreline is concerned, we're backing Saturday's clash to end 2-2. Dusseldorf have started the season well, scoring twice in their opening match, but we're expecting a much tougher test for them this weekend. Werder Bremen have lost of Bundesliga experience and quality in their ranks and while they might still be getting used to life in the second tier, we expect them to secure a point this weekend.

Werder Bremen aiming for their first win of the new season

Hennings was on hand to score both of Fortuna Dusseldorf's goals in the 2-0 victory at Sandhausen last weekend, a game that Dusseldorf controlled for the majority. Having 3pts on the board will give this weekend's hosts a boost but Dusseldorf will be expecting a tougher game against Werder Bremen, one of the title favourites. Dusseldorf are a former Bundesliga side themselves and it wasn't so long ago that they used to face Bremen on a regular basis, which should make for a close and competitive 90-minutes this Saturday.

Werder Bremen took the lead at home to Hannover via an own goal early in the second half but failed to see the game out. Ducksch equalised for the visitors shortly after they went behind and no matter what the home side tried, Werder Bremen had to settle for a point. After suffering relegation from the Bundesliga last season but keeping hold of the majority of their playing squad, Bremen should be there or thereabouts when it comes to the business end of the table and will be aiming to secure the title. 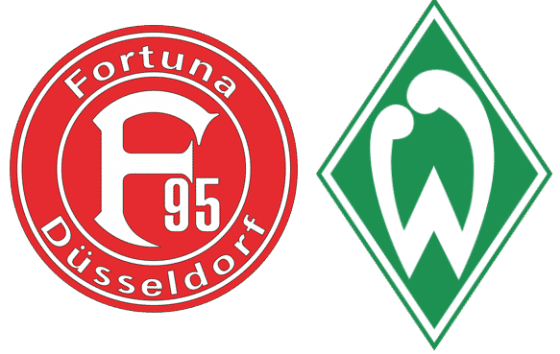