Beyond Monday night’s 2-1 victory over Middlesbrough at the Riverside, there must have been a smile on the face’s of the Arsenal fans when they saw the line-up Arsène Wenger had picked for the match.

With Shkodran Mustafi out, the Frenchman decided to change his formation entirely, moving to 3-4-3, similar to Antonio Conte’s system that has done so well for Chelsea this season.

I felt that we were recently a bit vulnerable defensively and to give a bit more reassurance to the team,” said Wenger after the game. “Recently we faced many direct games, I thought before the game maybe they’d play with Gestede and Negredo and go for a very direct game. Those are the reasons.”

Bringing him Rob Holding at left centre-back – for just his fourth start of the season – allowed more protection for Nacho Monreal at left wing-back. Wenger was also able to rest Héctor Bellerín.

The Spaniard’s form has been questionable of late, but with Alex Oxlade-Chamberlain able to play on the right of the midfield, it instantly gave the team more options.

Before the game, the Gunners started 10 points behind Manchester City in fourth. It’s almost unthinkable that we are on the cusp of a season with Arsenal not in the UEFA Champions League, but even with the win, the odds are heavily stacked against the North London club. 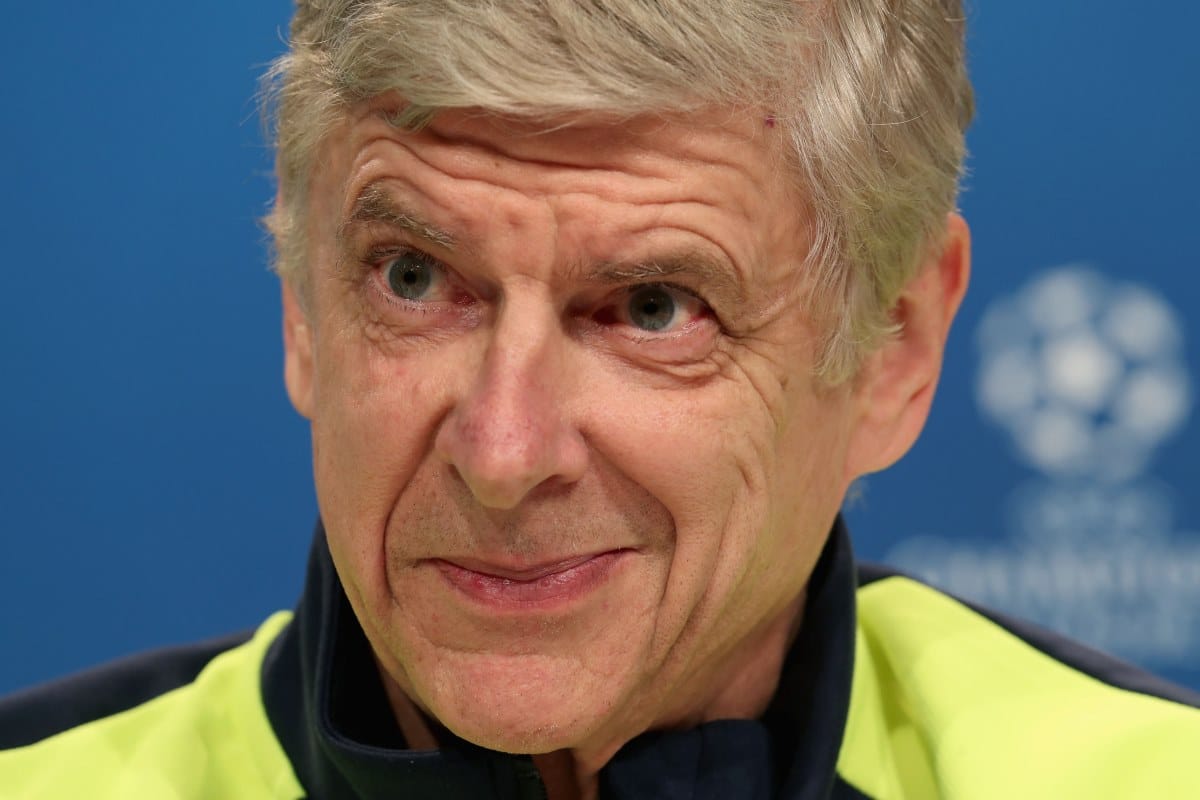 READ MORE: The four eras of Arsène Wenger at Arsenal

Many believe that would be enough to see Wenger move away from Arsenal this summer. Finally stepping down from his role as coach. However, Monday night was a clear indication that he wants one more shot at redemption.

After the 3-0 defeat to Crystal Palace, it would have been easy enough to roll out the same formation, trundle along and accept your fate.

It is still unlikely that they will reduce the gap to Manchester United and Manchester City, but with a game in hand over Pep Guardiola’s side, you can never give up until it is mathematical.

Wenger, changing up his style, his system, the way he approached a tough away game, is a great sign from the French boss.

“The first time in 20 years, that shows you that even in my age you can change,” said the Frenchman when asked about adopting the new formation. “But sometimes when a team lacks confidence, just to add something new to believe helps to focus and overall the fact that we conceded three at West Brom, three at Crystal Palace, I felt it was needed.”

His team on Monday showed that he still has it in him to adapt, he can mix it up, learn new things and bring a different dimension to his side. The 3-4-3 could also easily become 3-5-2 and both formations would suit, not just the team he has now, but the one he is looking to build in the summer.

Helping get the best out of the defence 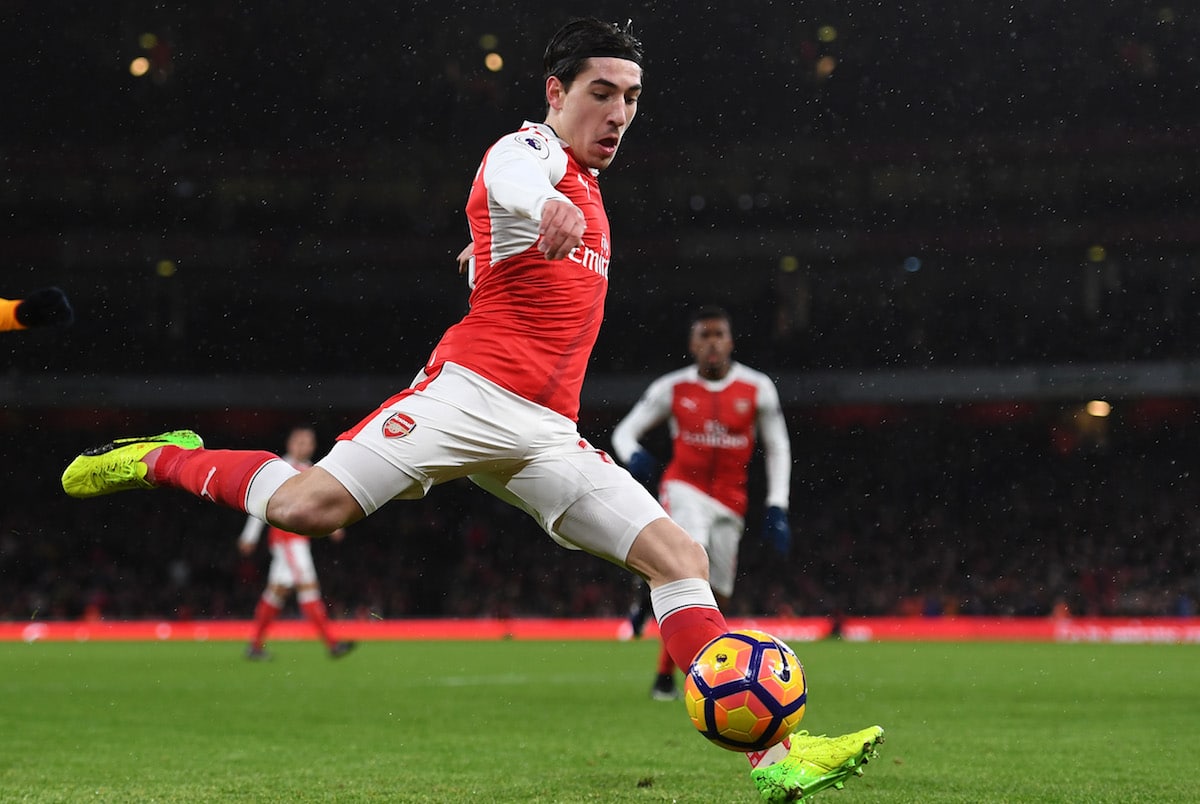 Read More: Forward Options to Fire Arsenal Up the Table

Playing as a wing-back could be a massive boost to Bellerín. Attacking is what the 24-year-old does best. Freeing him up to fly down the channels plays to his strengths and you would hope would help get him back to his best.

Mustafi has also played at right-back during his career, making the right centre-back position a natural fit for the German.

Laurent Koscielny isn’t getting any younger, so having men either side would be ideal protection for the French defender. At 31 years old, you don’t mind doing less running, so the former Lorient man will welcome the change.

One doubt would be over the left centre-back slot, but Wenger seems to have one eye on that already.

Sead Kolasinac is a summer transfer target for Arsenal and the Serbian defender would be ideal for this new formation. Naturally an attacking left-back, he can also play through the middle. Similar to what Serge Aurier provided at Toulouse before his move to Paris Saint-Germain. 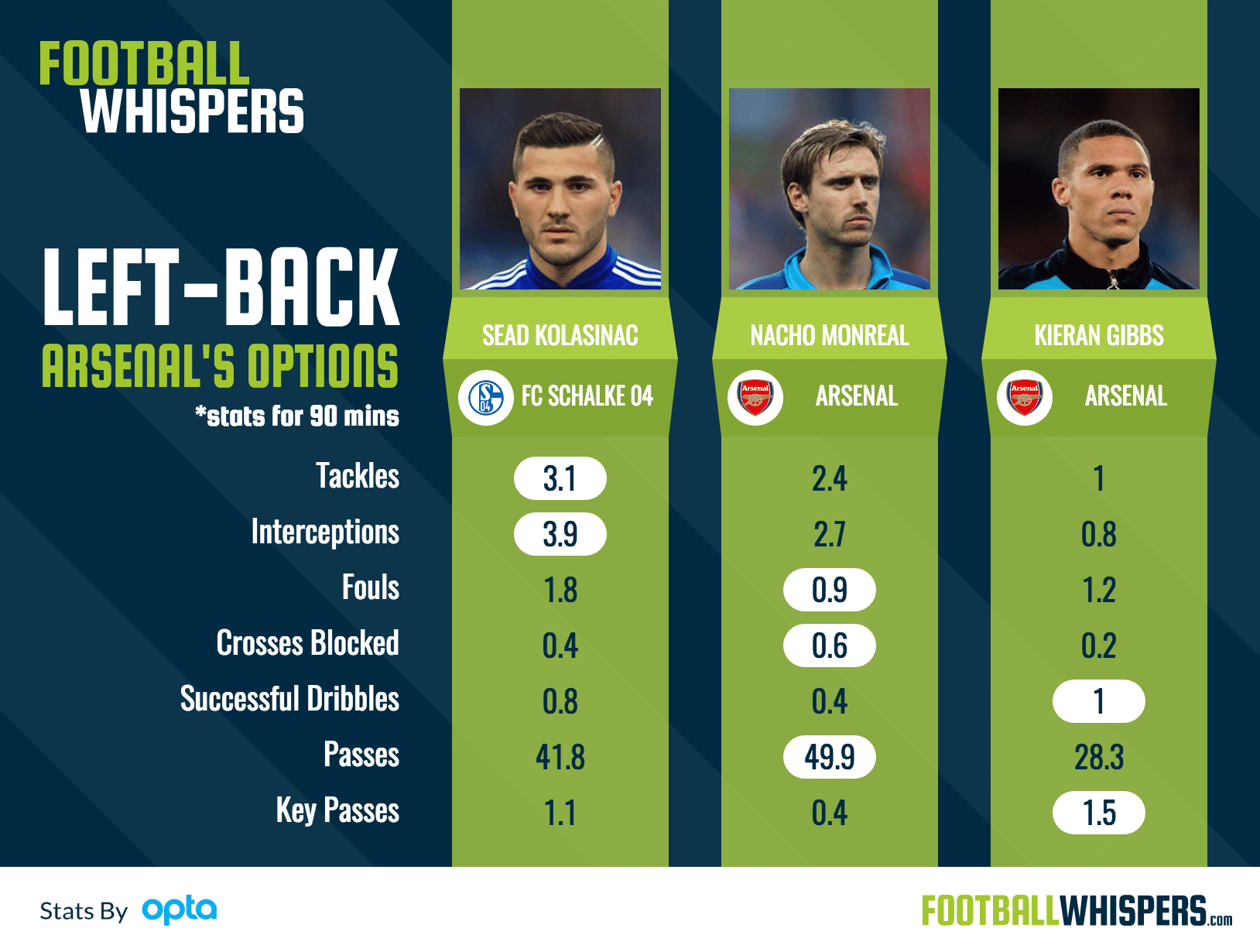 There is obviously still work to be done, another natural centre-back would be ideal, or someone like Celtic’s Kieran Tierney on the left, would slot in, but now, with one simple selection decision, Arsenal have more options than ever before.

Midfield gets protection and freedom

Whether it’s in a three or a four, playing with three centre-backs gives the midfield more security. You don’t then need to play with two holding players, looking for one to drop deep and fit in with the back four.

The need for Francis Coquelin is negated, and it frees up Granit Xhaka to become the pure passing footballer that he has threatened to be all season. Oxlade-Chamberlain could move inside, playing a role similar to what has happened to Manchester City target, Fabinho, at AS Monaco. From a right-back, wide player, to one of the most impressive central midfielders in Europe.

Wenger used to have a reputation of sculpting and developing talent. You can argue that he has lost that sparkle, that ability to transform youth players into elite prospects.

Helping the England international blossom in this new position could be the last part in Wenger’s legacy.

Unlike with Bournemouth, playing three at the back would help Arsenal find a space for returning midfielder, Jack Wilshere. With a more defensive minded partner, the Englishman would be able to roam the middle of the park and pick passes, create chances, do everything that you expect from Wilshere.

Wenger would have options. Aaron Ramsey, Mesut Özil and Mohamed Elneny would join with Xhaka, Oxlade-Chamberlain in fighting for two or three places. Competition breeds a competitive nature and could be another factor in helping this team improve.

There would still be place for a number of summer signings, like Arsenal target Corentin Tolisso of Lyon and Everton’s Ross Barkley.

Playing with a five, three central players, gives Wenger the chance to play someone like Özil more of a free role, with less expectation that he has to cover back. That would suit everyone. Even if Wenger was to let the German go and sign someone like rumoured target, Dusan Tadic or Isco.

Get the best out of Alexis Sánchez 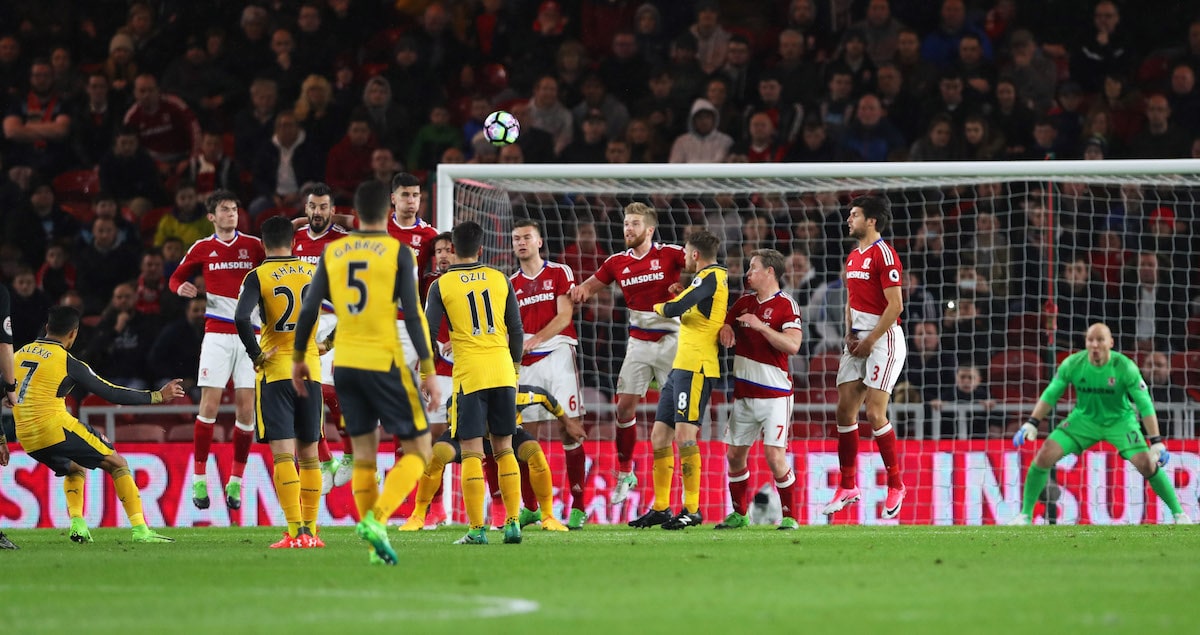 The Chilean is one of the biggest reasons Arsenal are where they are this season. His 19 goals have been worth their weight in gold. He played out on the left against Boro and that role, with a full-back bursting down the wing, lets him come inside and play more as a support centre-forward.

Something that could also suit Napoli winger and Arsenal target Lorenzo Insigne. You could then have the former Barcelona forward come inside, or give more licence to Olivier Giroud or Danny Welbeck.

The Gunners will be linked with numerous strikers this summer. Someone like Alexandre Lacazette would fit into that style, as would FC Porto’s André Silva.

It seems like a very simple change. Moving to a formation that has breathed new life into Chelsea this term could do exactly the same to Arsenal and give Wenger the chance he craves, to have one more shot at the Premier League title.

The test will be if he has the ambition and guts to try it against Manchester City in the FA Cup.