When you’ve won 54 league titles and 60 domestic cups you have every right to be blasé about success. However, Glasgow Rangers' only European triumph to date has somehow slipped into the mists of time – surprisingly, really, seeing as it is still one of the greatest achievements in the club’s illustrious past, not to mention one of their most eventful triumphs.

When Rangers lifted the, now defunct, European Cup Winners’ Cup (ECWC) trophy on 24 May 1972 it had been a long time coming. It was their 14th attempt at cracking Europe, stretching back to their first European Cup campaign in October 1956 – and their 83rd competitive European fixture.

Suggesting Rangers had struggled in European competition up to that point would be unfair. In 1961 – just a year after the ECWC began – they lost a two-legged final 4-1 on aggregate (2-0 and 2-1) to Italian side Fiorentina. Six years later – just a week after Celtic's European Cup heroics in Lisbon – Rangers played Bayern Munich in the final in Nuremberg; eventually losing the game 1-0 after extra-time.

But as the 1971/72 campaign got underway the club was still mourning the tragic events of the previous January. As Ibrox hosted the traditional Old Firm New Year fixture, a late Rangers equaliser caused thousands of people, who had streamed down stairways, to turn back to see what was happening. A fatal crush ensued, which ultimately saw 66 people lose their lives.

Of course, what Rangers achieved in their European run could never heal the wounds of what happened that tragic day, but the club’s fans were as passionate about the game after the Ibrox disaster as they were before it, and they still craved success following months of gloom and despair. 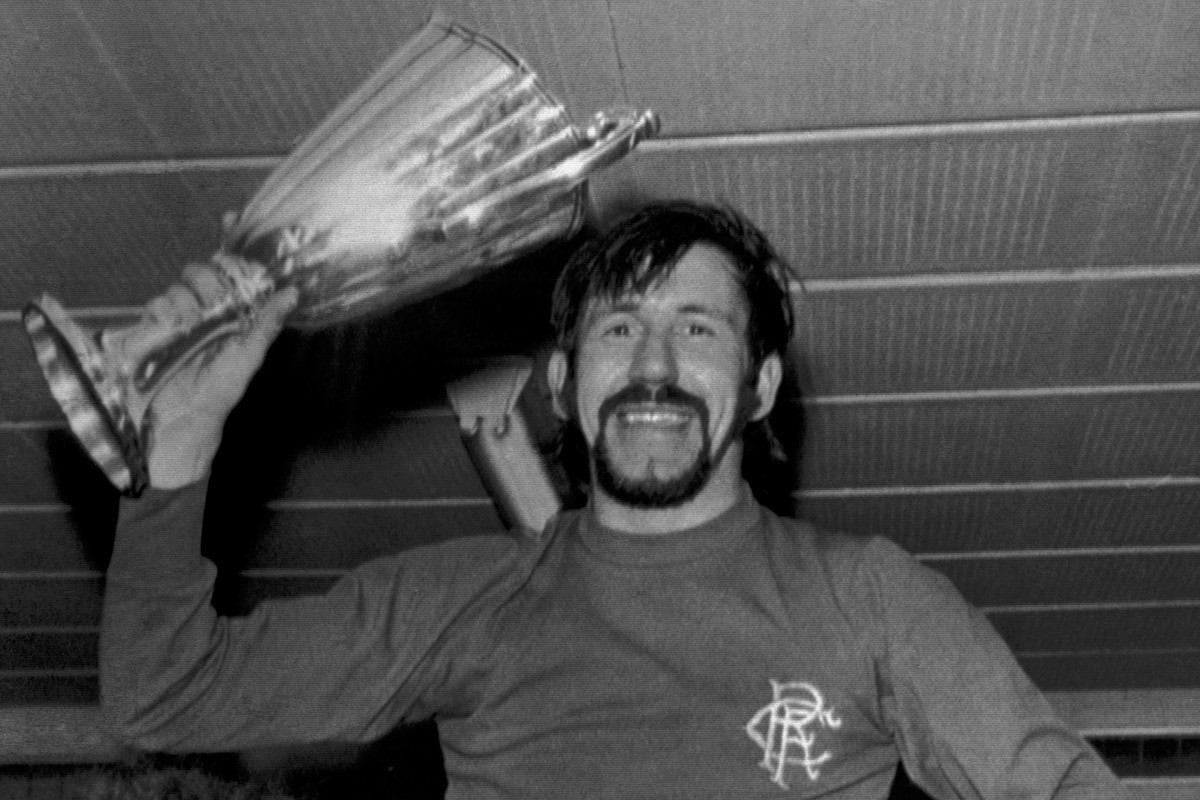 On the pitch Rangers were going through something of a fallow period in the late 1960s and early 70s; they were without a league title in seven years – the run would stretch until 1975 – and the Scottish Cup had eluded them since 1966. To make things worse, their rivals in the East End of Glasgow were enjoying their greatest run of success in their own illustrious history.

Ironically, it was Celtic's success which had opened the door for Rangers to compete in Europe in the first place. Having won the previous season’s Scottish Cup final against their bitter rivals after a replay, the Hoops were otherwise engaged in the European Cup; so Rangers qualified in their place.

In the opening round Rangers faced a tricky tie, being drawn against Stade Rennais (Rennes) of France. In the away leg, manager Willie Waddell’s team went for spoiling tactics, with players all over the pitch giving their opponents no time on the ball while man-marking their most dangerous players. It worked and the game finished 1-1.

“That was not football, it was anti-football,” said frustrated Rennes manager Jean Prouff after the game. “They came here only to stop us playing football. We will go to Glasgow and show how football should be played.” His prediction did not come to fruition, and in the return leg at Ibrox an Alex MacDonald goal meant Rangers went through 2-1 on aggregate.

In the second round, Rangers faced favourites Sporting Lisbon. However, it was Waddell's side dazzled at Ibrox thanks to a fantastic first-half display which saw them take a 3-0 lead. The Portuguese, though, scored twice in the second half to make the return leg a nervy one.

The trip to Lisbon alone was difficult enough, but an airport baggage handlers strike in London meant it took a day and a half for the team to reach their destination, arriving in Portugal with little time to prepare.

Sporting led in the Jose Alvalade Stadium 2-1 at half time, but the Gers made it 2-2 to once again seize the upper hand. Ronnie McKinnon broke his leg during the second half and things became worse when Sporting grabbed a third. with the game level 5-5 on aggregate, it meant extra time. Henderson netted a goal for Rangers during the 30 extra minutes, but the Portuguese replied to make it 4-3 on the night (6-6 on aggregate) in the dying minutes.

But the excitement didn’t end there. What followed has to be one of the most unique incidents in the history of European football. The Dutch referee, Laurens van Raavens, hadn't recognised that Rangers had scored three away goals, which should have seen them through in the tie – the away goals rule having been introduced to European competition in 1965 – and ordered penalties to be taken. 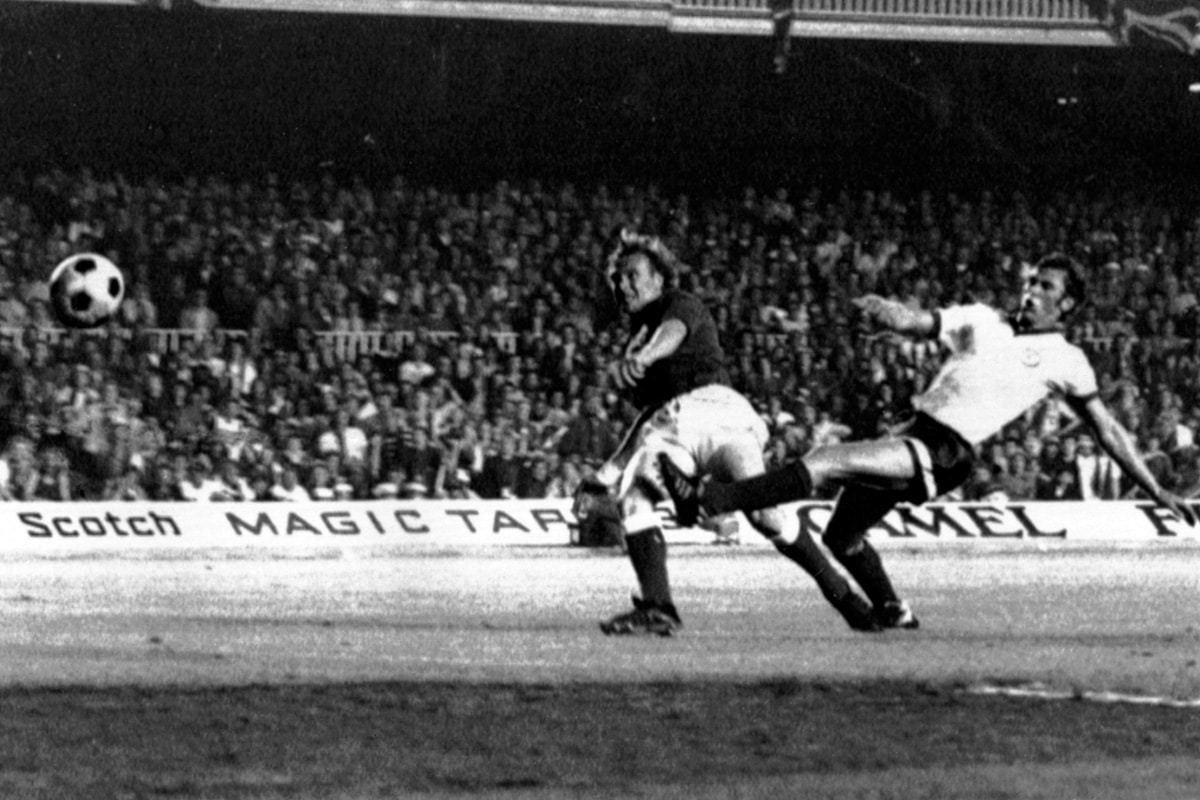 With the Lisbon fans lining the touchline, Rangers managed to score just one spot kick. The Sporting Lisbon penalty takers did rather better and the local fans went mad – it looked to be the end of the road for Rangers.

Manager Waddell had other ideas though and went looking for the nearest UEFA official to remind him of the rules and the result was quickly overturned; but not quickly enough for the morning papers, who still reported that Rangers had gone out.

But Rangers manager Waddell decided to play the Italians at their own game, opting for an all-out defensive approach favoured by the likes of Herrera's Inter. Derek Johnstone playedas centre-half alongside Colin Jackson, while the Smith slottedin behind them to become sweeper. Torino scored just one goal in the second half, meaning the tie was level going back to Glasgow.

A crowd of 75,000 fans at Ibrox witnessed a great performance by Rangers and saw the only goal of the game being scored by Alex MacDonald, meaning the Gers went through 2-1 on aggregate – the first time the Glasgow club had beaten Italian opposition over two legs.

Rangers’ ‘reward' was a semi-final match-up with the mighty Bayern Munich: a team which contained such great names as Sepp Maier, Franz Beckenbauer, Gerd Müller and Uli Hoeness. 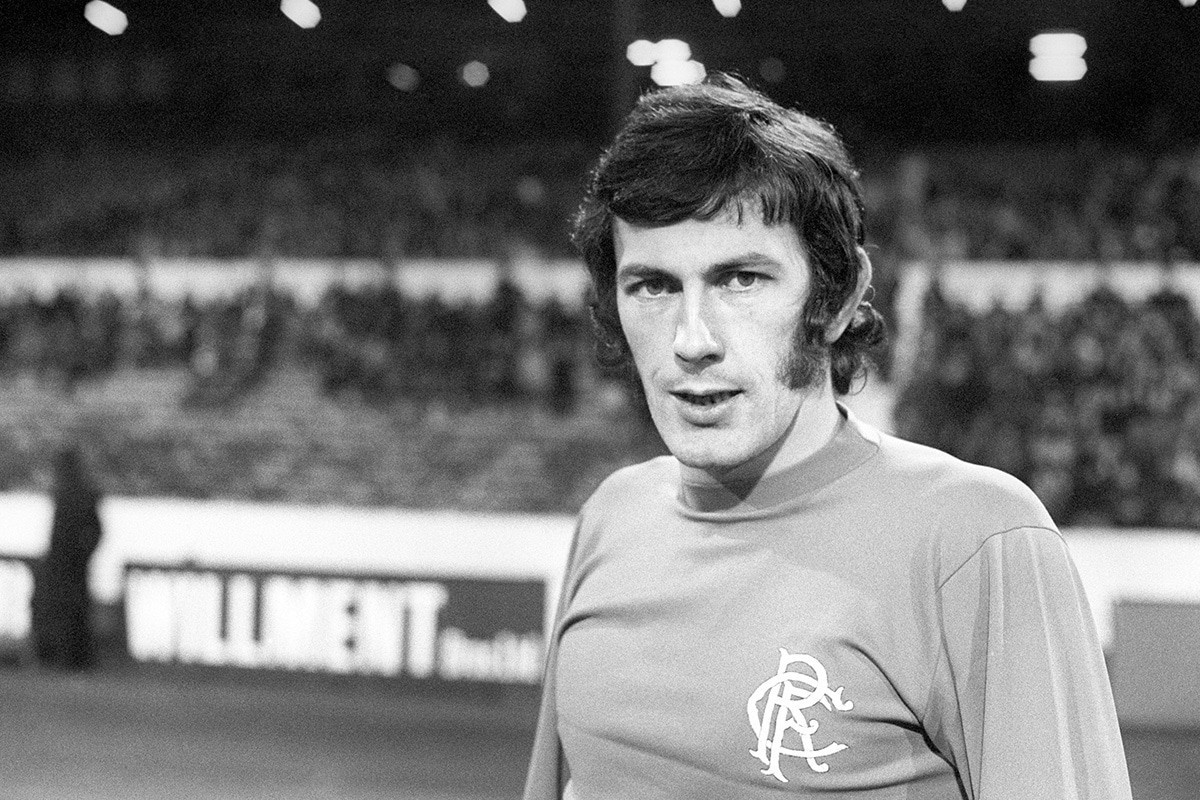 They would form the backbone of a Bayern team that would go on to win the Bundesliga three years in a row, and ultimately three consecutive European Cups; while many of their players would be heavily involved as Germany won the European Championship and a World Cup.

In the first leg in Munich, Bayern threw the kitchen sink at Rangers with every one of their outfielders registering a shot at goal in the first 20 minutes. Rangers could barely get out of their own half but escaped from Germany with a 1-1 draw thanks to an own goal by Rainer Zobel.

The Germans were still fancied for the game in Glasgow but nothing could have prepared them for that evening at Ibrox where 80,000 supporters created a cauldron of an atmosphere. Incredibly, the very same night on the other side of Glasgow, Celtic were also in European action against Inter, meaning a combined 160,000 people were watching football in the same city on the same night.

After just 45 seconds a long-range strike by Sandy Jardine sent the Rangers fans into raptures, before Derek Parlane delivered the all-important second goal to put, arguably, Germany's greatest ever club side out of the competition. Rangers had done it, they were in the final of the European Cup Winners’ Cup and had earned themselves another chance to end their hoodoo in continental competition.

In the final, they faced Dinamo Moscow in Barcelona’s Nou Camp stadium. The trip from Glasgow to Spain would see 110 charter flights, 203 buses, not to mention a convoy of cars, take an army of Rangers fans to Catalonia – vastly outnumbering those travelling from Russia.

Dinamo were generally seen as an attacking side which played often with three or four forwards. However, going into the final, two of Dinamo manager Konstantin Beskov's regular starters were injured and so he set up his side to sit back and play on the counter-attack.

Rangers took the game to their opponents, hoping to break them down early and force them out of their shell. So when, on 23 minutes, Smith dispatched a long ball that allowed Stein to crack the ball into the roof of the net, the plan seemed to have been perfectly executed.

Five minutes before half-time, things got even better for Rangers when Willie Johnston headed home a clipped high ball, again from Smith. The game appeared as good as over four minutes into the second half when a long ball forward was missed by two Dinamo defenders for Johnston to steal in again to make it 3-0.

Rangers may have intended to coax their opponents out of their defensive mind-set with an early goal but they probably didn’t think they would need to find the net three times before they got any kind of response; but that is just what happened. 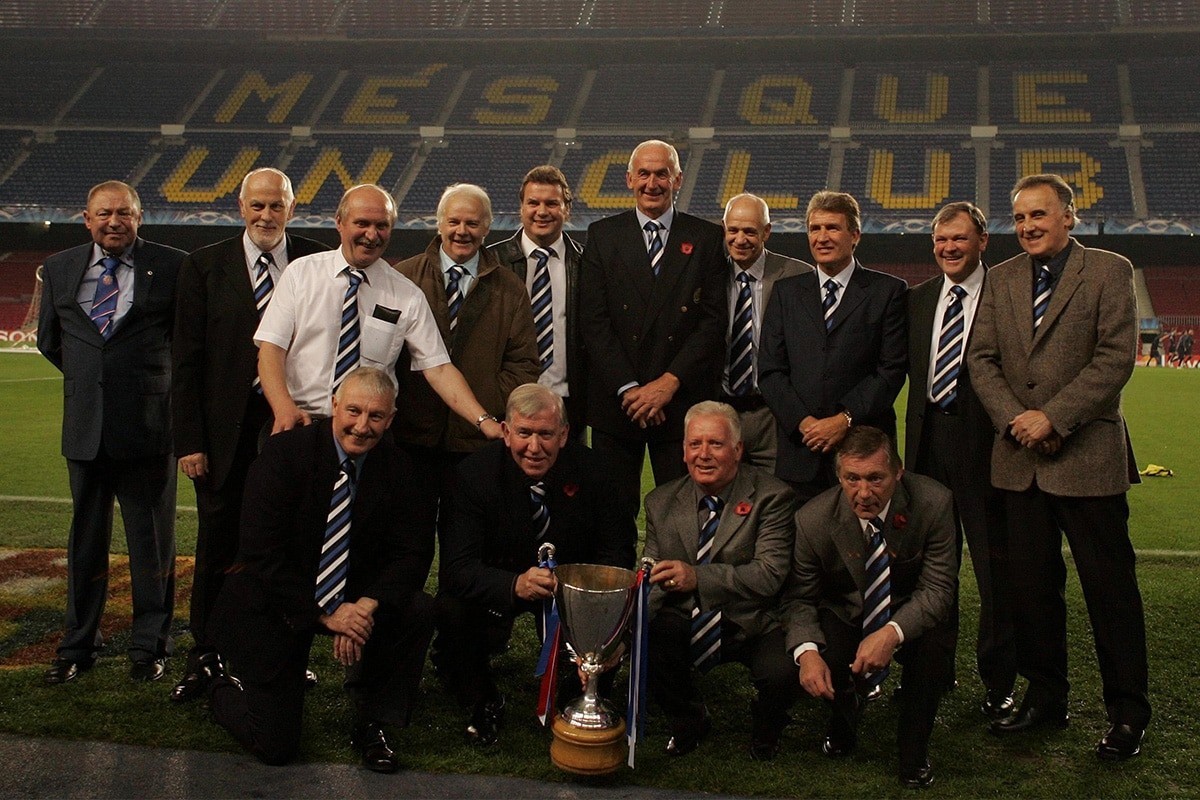 Dinamo brought on Vladimir Eshtrekov, who reduced their arrears almost immediately on the hour mark. With just three minutes remaining, an error by Mathieson allowed Aleksandr Makhovikov to score; suddenly it was game on, again.

Such was the tension, when the referee blew for offside in the dying minutes many of the Gers fans thought that-was-that and streamed onto the pitch. Whether this was just over exuberance or a deliberate ploy to end the game early, only those fans will know; but the scenes that followed were ugly as supporters and police officers clashed on the Nou Camp pitch.

Order was eventually restored but the earlier invasion was only to serve as a precursor to what would happen when the final whistle did actually blow, as thousands of fans rushed on to celebrate. Such was the chaos that both players, supporters and those watching on TV would be robbed of seeing an actual trophy presentation.

After getting back to the dressing room, captain John Greig and manager Waddell were called into a small room where the chairman of UEFA handed over the trophy. “I always visualised winning a European trophy, picking up the cup and being able to go around the park showing all the supporters, who had travelled halfway over Europe to see it,” Greig would admit some years later.

“But I walked into a room where there was a big table and a UEFA committee stood at the back of it, the cup in the middle and they said ‘Rangers Football Club, winners’ handed me the cup and I walked back along a corridor.”

The ugly scenes at the end of that final hadn’t overshadowed this famous win for those who had waited so long to taste European success, but a subsequent European ban for fan behaviour meant that Rangers would not be able to defend their crown the following season; ensuring that there would be no chance of a repeat of one of the most exciting, yet crazy cup campaigns in European football.