Forest Green Rovers and Leyton Orient have faced a string of disappointments in the League Cup over the last two years and they go up against each other in this competition at the Fully Charged New Lawn.

Forest Green Rovers lost their first game at home during the weekend as they were beaten by Ipswich Town. Leyton Orient have had a brilliant start to the season with back-to-back wins.

Leyton Orient have had a brilliant start of the season with back-to-back wins. Forest Green Rovers cannot say that same after having struggled to a certain extent both their opening matches. The League One outfit will be at home on three out of the next four games in all competitions. Building momentum will be tough for Forest Green at home after the recent loss against Ipswich.

Leyton Orient are yet to concede a goal in competitive games this season, but playing away from home against a team from the higher tier will be the ultimate test of the defence. Forest Green might be able to get a goal without being successful.

Forest Green Rovers vs Leyton Orient: Battle for the EFL Cup 1st Round

Forest Green Rovers were able to reach the second round of the competition for the third time in the previous seasons when they faced Brentford last season. However, the team might struggle to replicate that success given their start to the new season. Manager Ian Burchnall has had no injury problems coming into the game.

Leyton Orient coach Richie Wellens is looking to add to his solitary victory against Forest Green Rovers in the past. After back-to-back successes in the opening two rounds of the League Two action, the progression for the team will be to go beyond the first round after a loss against QPR on penalties last season.

Forest Green Rovers: There are no injury problems for the hosts coming into the game. 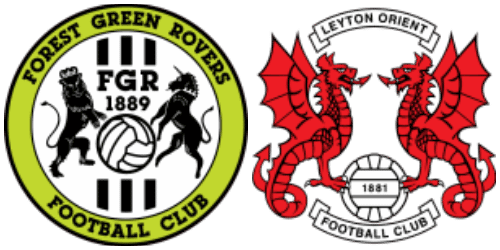 Where is the match scheduled? The Fully Charged New Lawn

Which team is the favourite to win? Forest Green Rovers