Every day Football Whispers pore over Europe’s major news outlets in search of the latest transfer rumours relating to your club.

Today we bring you the latest on Anthony Martial’s situation and Álvaro Morata’s potential move to Chelsea.

According to Marca, Álvaro Morata’s move to Chelsea isn’t the bargain many first thought. The English press has reported that the deal to bring the Spanish striker to Stamford Bridge would cost in the region of £60million.

However, it’s closer to £75million and Antonio Conte’s men could pay a further £3million in bonuses.

All in all the deal is still cheaper than the package Manchester United put together to lure Romelu Lukaku to Old Trafford from right under the noses of Chelsea.

And more interestingly, it sets up an intriguing dynamic heading into the new campaign.

Ignoring the fact the Belgian appears to be better suited to José Mourinho’s style and Morata seems ideal for Conte’s Chelsea, media and fans will pit the two forwards against one another and he who scores more will be proclaimed the best.

United are seemingly still in the market for attacking reinforcements, too. According to Spanish news outlet Don Balon, Zlatan Ibrahimović has not ruled out a return to Old Trafford this season.

But the Swedish forward reportedly wants to wait and see how Mourinho’s side start the campaign before deciding.

And if the former Paris Saint-Germain star doesn’t return, the striking pool for the Red Devils is shrinking with the club appearing to have missed out on one-time transfer target Andrea Belotti.

The Italian striker has set his sights on a move to AC Milan this summer.

The Torino forward, who had also been linked with Chelsea, will meet with the club’s owner, Urbano Cairo, to tell him he wants to leave, claim Corriere dello Sport. 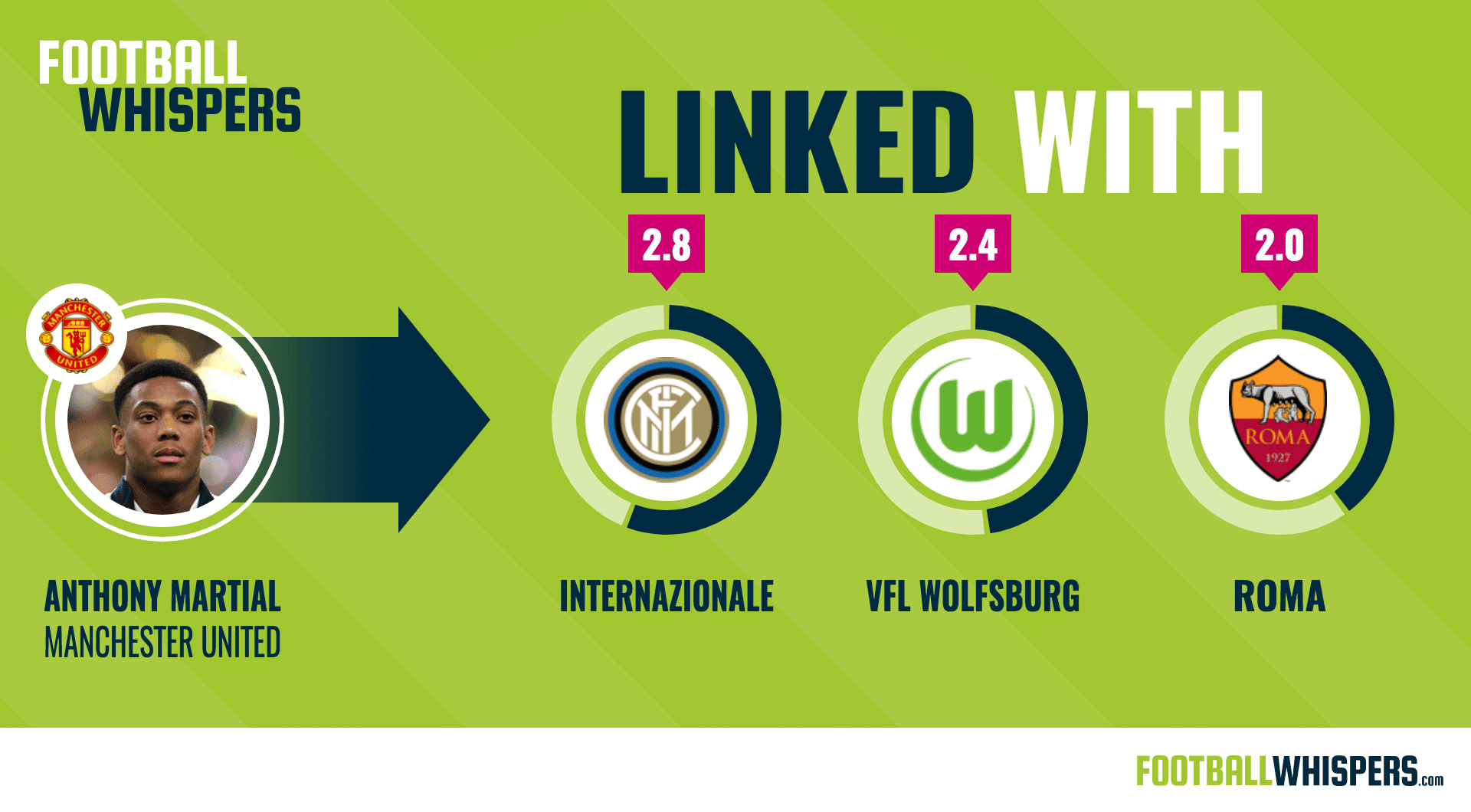 United are, however, close to landing Inter Milan's Ivan Perišić. The Croatian has been described as the man “Mourinho really wants” but this claim will be put to the test.

The Serie A side want Anthony Martial to be included in any deal. So far the Red Devils have refused but with Mourinho desperate to land Perišić he may be forced to sanction a deal to part ways with his No.11.

The Frenchman is also reportedly a transfer target for Bundesliga side Wolfsburg. The Germans want to take the former Monaco man on loan, with a guarantee of first-team football, and believe they have a chance according to Kicker.

Midfielders on the move

Nemanja Matić has been left out of Chelsea’s pre-season tour to Asia in order to complete a move away from Stamford Bridge.

With the arrival of Tiemoué Bakayoko, the midfielder is now surplus to requirements in West London and the club are happy to let him leave.

He was initially linked with a £40million move to United to reunite with Mourinho but after the Lukaku debacle it appears the relationship between the two clubs is strained.

Inter Milan are in the market for a midfielder and have shown an interest but it appears as though they will lose out to Juventus.

According to Tuttosport, the Serbian’s agent is set to meet with the Turin club's sporting director Fabio Paratici regarding a move to Italy.

Earlier in the week it was believed Juan Foyth's arrival at Spurs was a matter of when and not if. But now L'Equipe claim Mauricio Pochettino's men have been pipped to the signing of the Argentine defender by PSG.

Midfielder Javier Pastore spent Wednesday telling everyone at the club that the 19-year-old would be arriving in Paris.

It comes as a blow for Spurs who spent days negotiating with Estudiantes president Juan Sebástian Verón only to see the player go elsewhere.