Today we bring you talk of a Chelsea star interesting Barcelona, a Brazilian international considering a move to AC Milan, and a former Liverpool target being coveted by a La Liga giant.

Willian impressed during Chelsea’s recent 2-1 win over Tottenham Hotspur, working hard defensively and providing cut and thrust on the break. However, the Brazilian only started that match due to the absence of both Eden Hazard and Pedro from the starting line-up.

With both players struggling through injuries, the former Shakhtar Donetsk man started behind Álvaro Morata up front in a 3-5-1-1 system. However, once his peers are back to full fitness, he may find himself relegated to the substitutes’ bench again.

With this in mind, a potential move away may entice Willian. And Catalan giants Barcelona are considering a move for him. Having failed as yet to secure a replacement to Neymar in their forward line, they are looking at several options they could add before the summer transfer window shuts.

France Football report that, while Liverpool’s Philippe Coutinho and Borussia Dortmund’s Ousmane Dembélé remain their primary targets, Barcelona may move for Willian to fill the void. However, it is questionable whether a Chelsea reserve would be seen as an acceptable addition by the club’s fans.

Milan have enjoyed a hugely successful and ambitious summer transfer window, signing the likes of Leonardo Bonucci, Lucas Biglia, Nikola Kalinić and Mateo Musacchio to bolster their squad for the 2017/18 campaign. 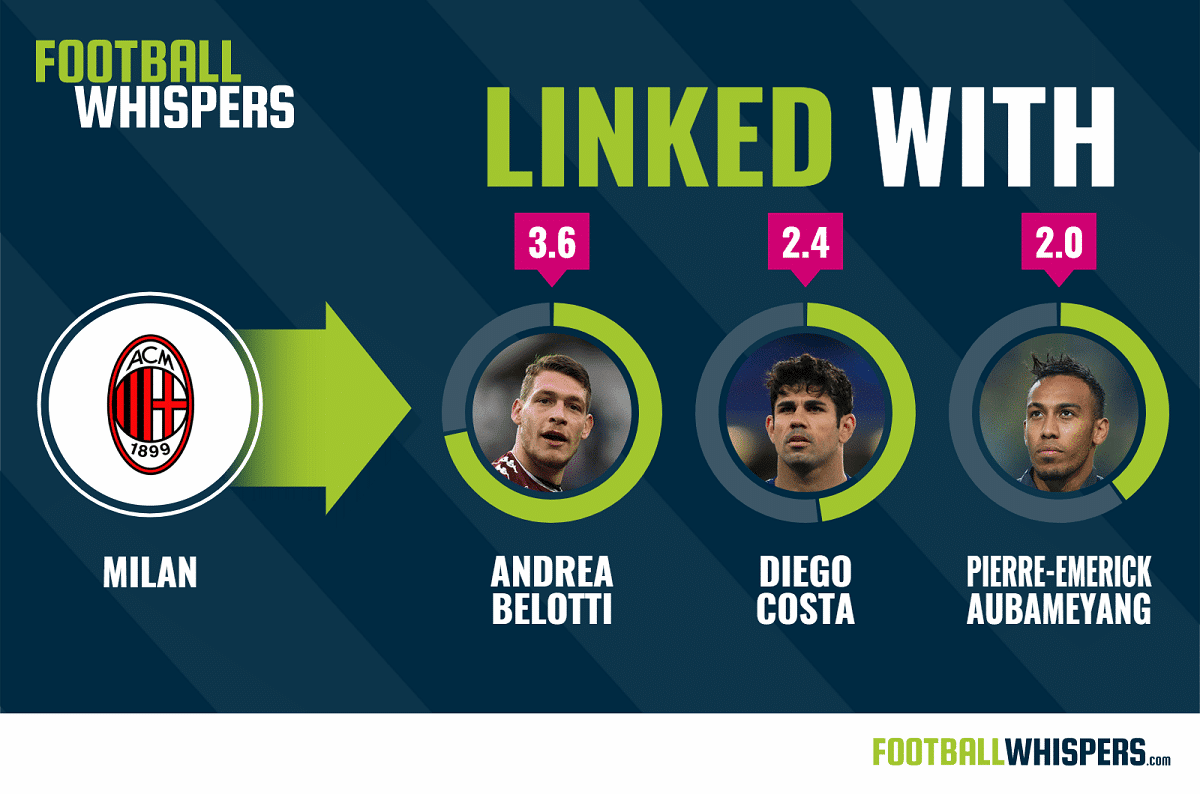 However, they may not yet be done. Calciomercato have reported that they are interested in making Rafinha their final major addition of the summer.

The Brazilian has struggled to establish himself in the Barcelona line-up in recent seasons, despite showing obvious quality on the ball. And, at 24 years of age, he is now on the hunt for regular top-level game time.

Rafinha is particularly motivated to play frequently with the 2018 World Cup just one year away. With competition for places in the Brazil national team’s midfield looking fierce, he will have to impress at club level to stand any chance of making the cut.

Previously the subject of Arsenal transfer talk, he would be an intriguing signing for Milan, who already have an abundance of attack-minded midfield players. Perhaps the most obvious position for him would be on the left wing, where he could succeed Fabio Borini to provide creativity in and around the final third.

Having already had several big-money bids for Coutinho turned down, Barcelona may be wise to look elsewhere for attacking midfield reinforcements. Liverpool don’t appear keen on even considering the option of selling their star man, and with Champions League football secured they are not in any financial need.

The good news for the La Liga contenders, however, is that there are viable alternatives out there.

They have already been linked with a move for the highly rated Jean Michaël Seri of Nice, though a bid for the Ivorian has apparently been scrapped in recent days. Leon Goretzka is the latest to be linked with a move to Camp Nou.

According to Mundo Deportivo, Schalke have offered the 22-year-old to Barcelona with the fear that, if they don’t sell now, they could lose him on a free transfer next summer. They also don’t wish to see him go to domestic rivals Bayern Munich, who have a habit for snaffling up the best young German talent.

With his club evidently open to negotiation, Goretzka should be available for a much more affordable price than either Coutinho or Seri. He is also younger than both of Barcelona’s other targets, and has nine caps and three goals for the German national team already.

On top of that, he would be ideal for filling the void that will one day be left by Andres Iniesta in the centre of midfield.