Today we bring you talk of a major shakeup at Chelsea, the latest on Barcelona’s chaotic approach to spending the Neymar money and details of a potential new arrival at Tottenham Hotspur.

Conte out, Tuchel in?

The big talk from Germany today is that Chelsea have decided Thomas Tuchel will be their next boss.

According to Sport Bild, Blues director Marina Granovskaia is fed up with Antonio Conte.

The Italian boss has made his displeasure at a lack of new signings clear. Chelsea haven’t brought in anyone for over a month now and look short in midfield, despite Conte saying he wanted three or four new players.

And his poor start to the season, losing the Community Shield to Arsenal on penalties and a shock home defeat to Burnley, reportedly saw his position come under threat.

It felt a lot like the 2015/16 title defence under José Mourinho, which saw the Portuguese manager shown the door after a horrendous first half of the season.

The win against Tottenham Hotspur saw Chelsea look like last season’s champions again, but that reportedly hasn’t stopped Granovskaia planning for his departure.

Former Borussia Dortmund boss Tuchel, as well as ex-Barcelona manager Luis Enrique, have apparently both been considered, but the German is favoured due to his better grasp of English.

It would seem a strange move to get rid of Conte after such a good maiden season, but it has never felt like he is the long-term solution at Stamford Bridge.

But the job would clearly appeal to Tuchel, who ruled himself out of the running to replace Claude Puel at Southampton earlier this summer as he wanted a club in the Champions League.

If you thought Conte had it bad at Chelsea in terms of transfers, spare a thought for Ernesto Valverde in his first season at Barcelona.

He’s lost a key player in Neymar and the only player that’s been bought for him is former Tottenham Hotspur flop Paulinho.

It’s clear their Plan A was to spend the €222million on Ousmane Dembélé and Philippe Coutinho, but neither Borussia Dortmund nor Liverpool have been forthcoming in letting the Barcelona transfer targets leave.

According to Bild, Dortmund have given Barcelona until Sunday to submit an offer of €150million for Dembele and if the Catalan club fail to do so by the deadline, the Frenchman will remain in Germany.

That seems above what the Catalan club want to pay and, according to Mundo Deportivo, they suspect Liverpool are interfering in their negotiations with Borussia Dortmund for Dembélé.

They believe the Reds are using Jürgen Klopp’s contacts with his former side to make it difficult for Barça.

Despite that, the Catalonia-based sports daily believes Dembélé and Coutinho are the top targets for Barcelona, which has reportedly led them to drop interest in Nice midfielder Jean Michaël Seri, who had been set to join.

Today’s Mundo Deportivo leads with ‘No to Seri’ on the front page, saying the hierarchy at the Camp Nou pulled the plug on the deal late last night, despite the player and the club verbally agreeing a four-year contract.

That would suggest they are confident over the Coutinho and Dembélé signings, with widespread reports claiming a £138million bid for Liverpool’s Brazilian is imminent.

But, should he not decide Barcelona, it seems Paris Saint-Germain’s Ángel Di María is an option.

What’s more, Le Parisien claim PSG don’t want to sell the ex-Manchester United winger this summer, but if they bring in Kylian Mbappé, surely they will need to sell some players. 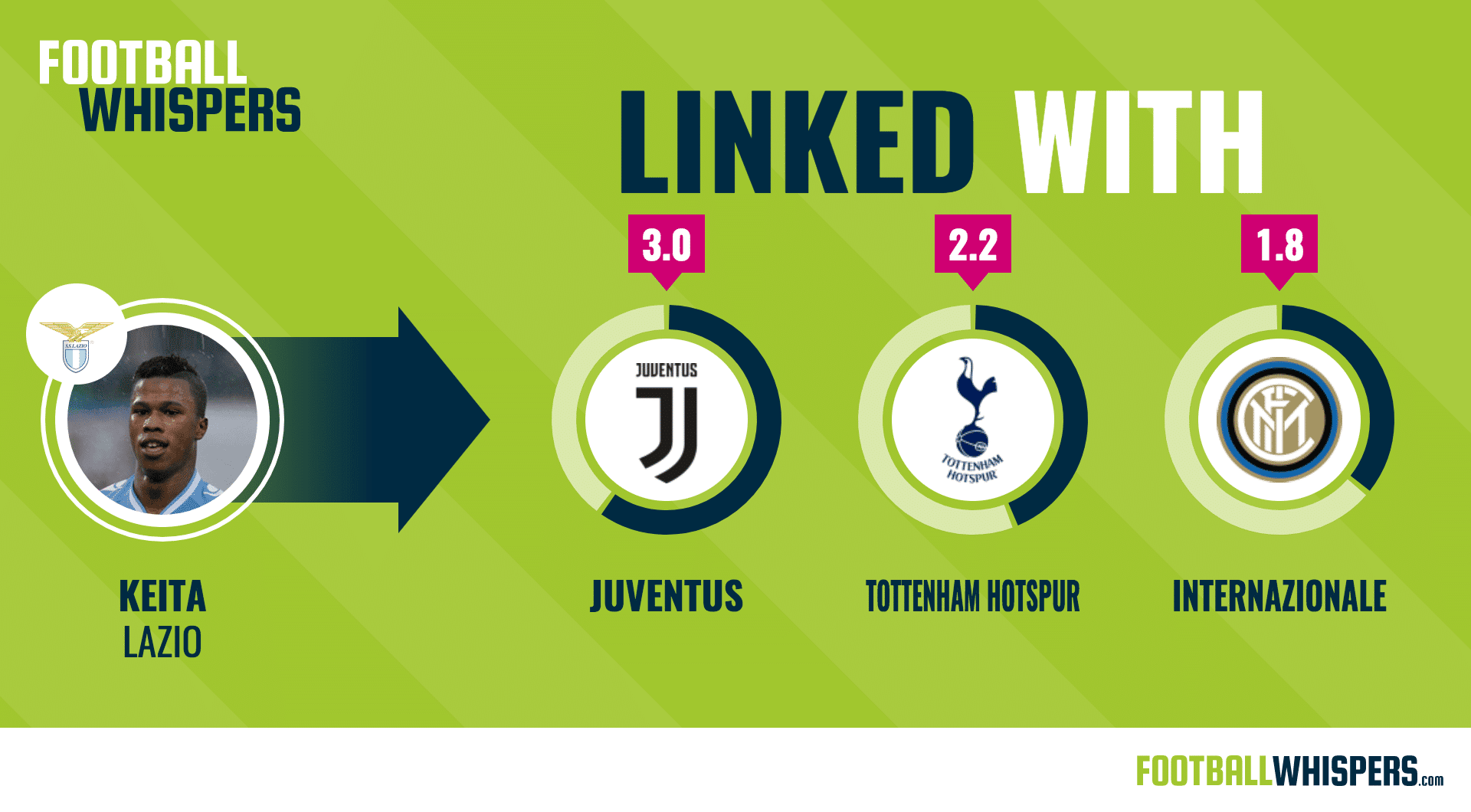 The Juventus transfer target will be out of contract at the end of the season and has boycotted training sessions to try and force a move to the Italian champions.

But Juventus have only offered €15million, while potential switches to AC Milan, West Ham United and Napoli have been rejected by the Senegal international.

Yet, back in June, according to Il Messaggero, the 22-year-old turned down a move to join Mauricio Pochettino’s side. If he is desperate for a move to Juventus, it’s hard to see what’s changed in two months.

But if he does sign, he’d be an exciting prospect, having scored an impressive 16 goals and provided six assists in 34 matches for Lazio last season.

It also shows Tottenham finally getting active in the transfer market – so far, they’ve only brought in Davinson Sánchez from Ajax while most of their rivals have strengthenedsignificantly.