Quality right-backs are thin on the ground at the moment. That’s why Paris Saint-Germain are willing to pay Dani Alves €250,000-a-week. So €30million for Real Madrid’s Danilo looks like a deal worth doing for the Premier League champions.

A Chelsea transfer target, the Brazilian full-back has had to play second fiddle to Dani Carvajal at the Bernabé and although Zinedine Zidane wants to keep the 25-year-old, he can’t offer him first-team football.

Victor Moses enjoyed an excellent season at right wing-back but Conte needs to look at replacements down the right hand side of his defence if he continues with 3-4-3 or moves to a back four. 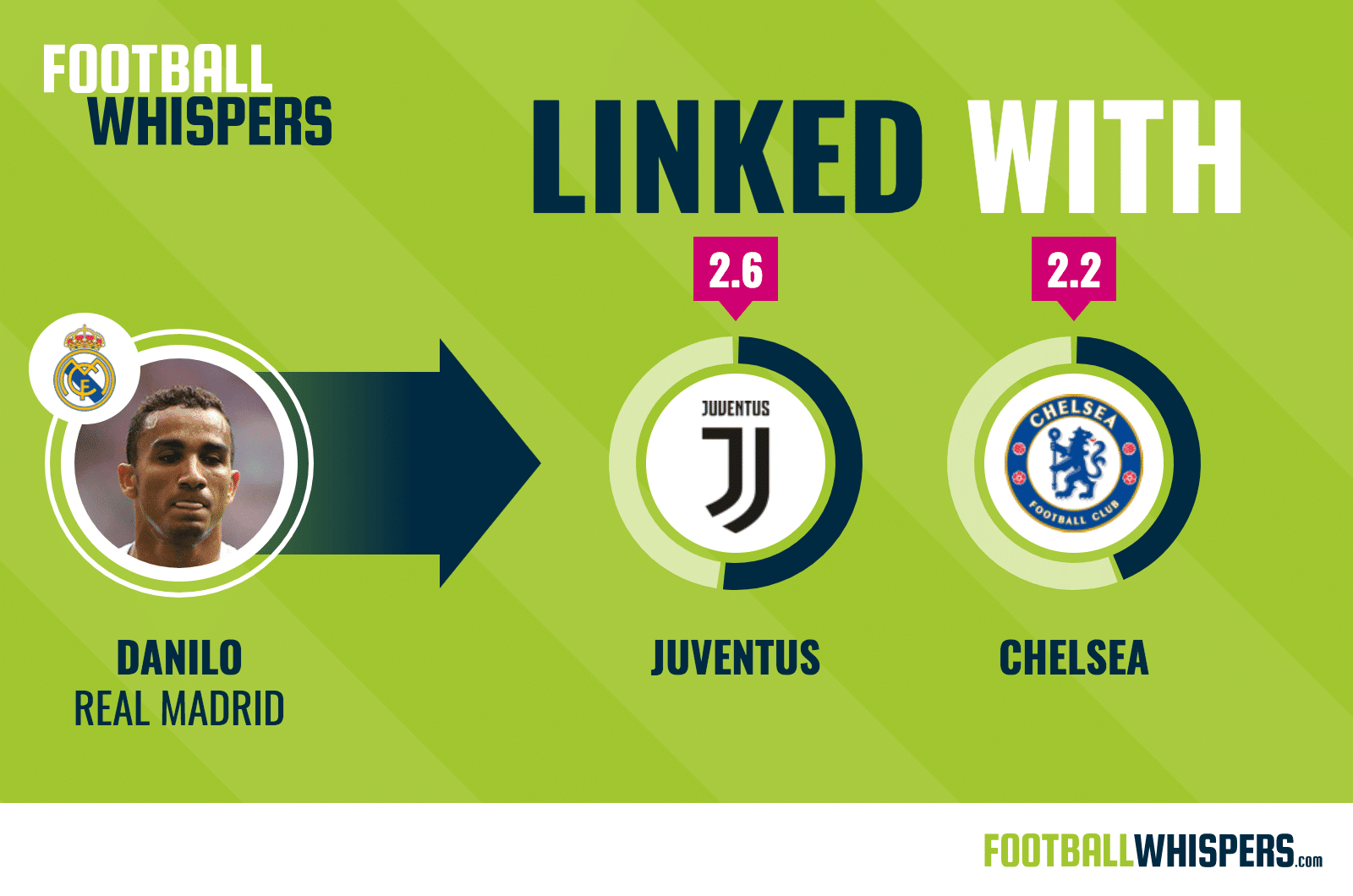 UOL Esporte in Brazil suggest a deal is close and for a player with 16 caps, 137 games for Porto and 56 for the Spanish giants, the quoted price is almost a bargain. 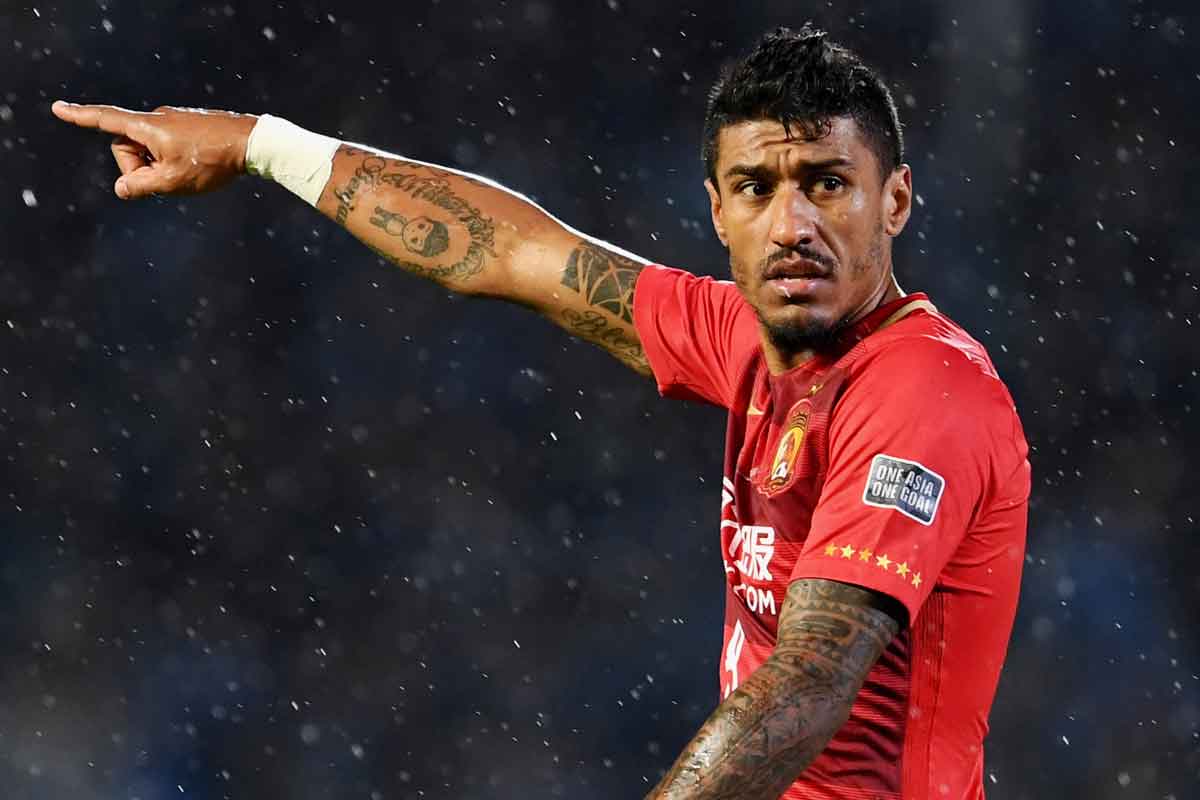 Barcelona transfer target Paulinho is hoping his future can be finalised this week. The Catalan club are keen on signing the 28-year-old to provide cover in the middle of the park.

According to ESPN, his club, Guangzhou Evergrande, are digging in their heels with chairman Xu Jiayin telling Marca: “Regarding Paulinho, there is nothing to discuss until the end of the season.”

Paulinho has apparently agreed to lower his wage demands to push through the deal and it’s just his club stopping the Brazil international from making the jump back to Europe.

You don’t say no to Barcelona and the former Spurs man has impressed in the Far East. Able to play anywhere through the middle, he scored five times and picked up three assists in 15 Chinese Super League appearances.

After a loan spell with Valencia last term, Munir El Haddadi is being tracked by West Ham United, Southampton and Crystal Palace, according to Spanish newspaper Sport.

In 36 games last term he scored seven and picked up three assists, impressing in parts but not enough for Los Che to make the deal permanent.

Still just 21 years old, the promising Spanish Under-21 international can play anywhere across the attack but there are doubts about whether he would be able to cut it in the Premier League.

All three clubs are believed to be keen to improve their attack but, with a similar profile to Bojan Krkić, it would be a risk for an English club to spend €10million to acquire his services. 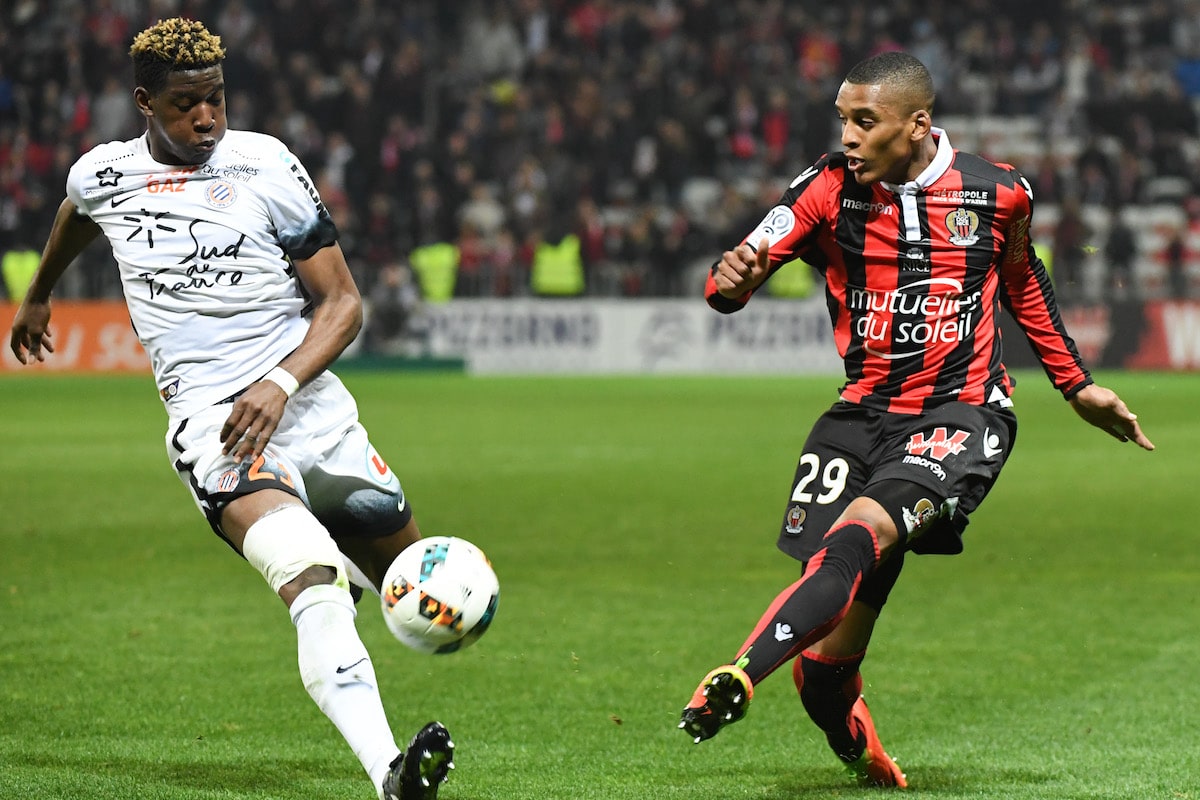 After failing to agree a deal with Nice for 23-year-old left-back, Dalbert, Inter Milan are set to go back to the French club with a deal worth €20million + €5m in bonuses. Nice were hoping to hold out for €30m, especially with the Brazilian a transfer target for Liverpool and Arsenal.

Gazzetta dello Sport report that the deal is in a ‘decisive 48-hour’ phase and, although Inter are still short of the asking price, the two clubs are pushing closer to a deal. 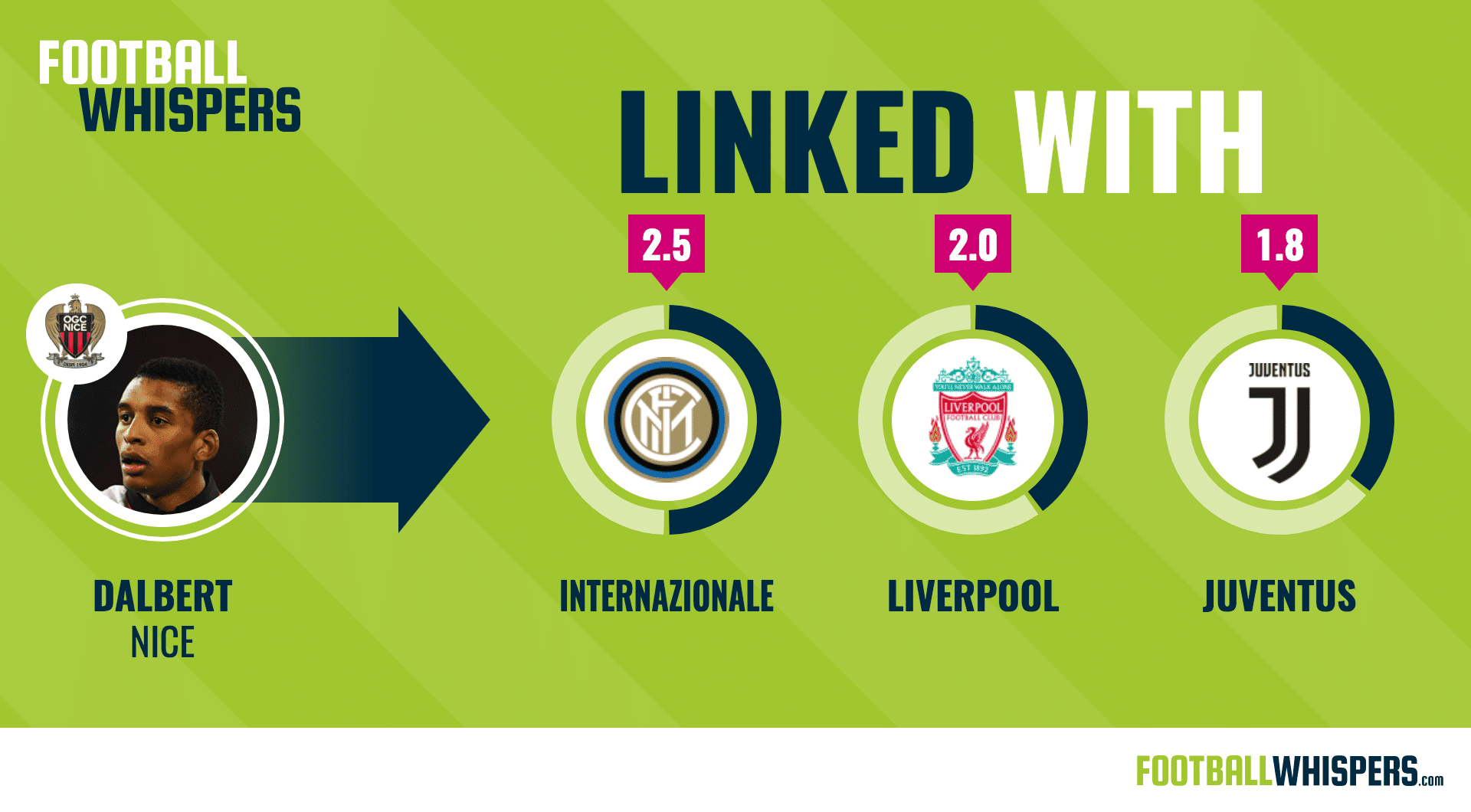 New Inter boss Luciano Spalletti is keen to have the left-back in place for the friendly against Lyon on July 24. Nice are in no rush, though, with a Champions League qualifier this summer, they don’t need to sell and would welcome the Brazilian's continued place in their team.

AC Milan will need to pay €20million to land the Argentine player. But, according to Gazzetta Dello Sport, a deal is likely to be struck as the Rossoneri continue their summer spending spree.

Lucas is also a Newcastle United transfer target and, although a free agent, he has continued to train with the Anfield club.

A lot will depend on where he wants to take the next stage of his career.  Remaining in the Premier League would let him stay in the country he has called home since 2007.

Sealing a free transfer for the Brazilian would replace Biglia and mean the Rome club could sell Biglia knowing the gap he left behind was already filled.

Once he reached an agreement to terminate his contract with Juventus, it was expected Dani Alves would be reunited with Pep Guardiola at Manchester City. The Catalan boss is desperate for full-backs and it was a deal which made perfect sense.

However, now it is expected that the Brazilian will sign for Paris Saint-Germain in a deal worth €14million per season.

A blow to City’s plans, but it could be a double whammy for the Manchester club. Serge Aurier, a Manchester United transfer target, could be allowed to leave the Parisians, say Le10Sport, once Alves has signed on the dotted line.

The Ivorian would be available for around €20million and would be an ideal addition to José Mourinho’s squad which is light at right-back.

But he would be the perfect fit in Guardiola’s team too, bringing similar qualities offered by Alves and Manchester City transfer target Kyle Walker. He is powerful, a willing runner and able to deliver excellent crosses from the right.

The 24-year-old is about to enter the peak years of his career and would be a bargain at €20million for either of the Manchester clubs.