Today we bring you the latest on what’s being said about Neymar’s future, Manchester United’s search for a midfielder and a possible escape route from Manchester City for Samir Nasri.

Neymar set to stay at Barcelona

When the move was first mooted, it seemed unrealistic, but for a while it appeared that he actually was set to make one of the most sensational moves in recent years.

But a social media post from Barça defender Gerard Piqué looks to have put an end to the talk, with him uploading a picture with Neymar and the caption ‘he stays’.

And Catalonia-based newspapers Sport and Mundo Deportivo believe that is the end of the matter, but Madrid-based Marca reckons PSG haven’t given up hope on signing the Brazilian.

Perhaps neither of those angles are a surprise, given you would imagine Catalan papers to back Barcelona and Madrid papers to be critical of them.

And Mundo Deportivo believes the hierarchy at the Camp Nou will look to surround Neymar with fellow Brazilians to keep him happy.

The first arrival should be Paulinho, although that move has been complicated by the Chinese transfer window closing and Guangzhou Evergrande’s reluctance to let the former Tottenham Hotspur midfielder leave in the middle of their season.

Despite that, you would imagine a move for the 28-year-old would be easier than for the other reported target for the Blaugrana.

Philippe Coutinho is set to be the other player they want to bring in to make Neymar happy.

That is no surprise – he has been a long-term target for Barcelona – and according to the Mirror, has been subject of a £72million bid from Ernesto Valverde’s side.

The Liverpool midfielder is a close friend of Neymar’s, but Reds boss Jürgen Klopp is reluctant to sell.

When asked during their pre-season tour of Asia about a possible departure of the Brazilian, Klopp said: “We have to keep our key players. So that’s the answer.”

Barcelona do need a midfielder, and Coutinho would undoubtedly be a great addition, but a move would be a surprise. 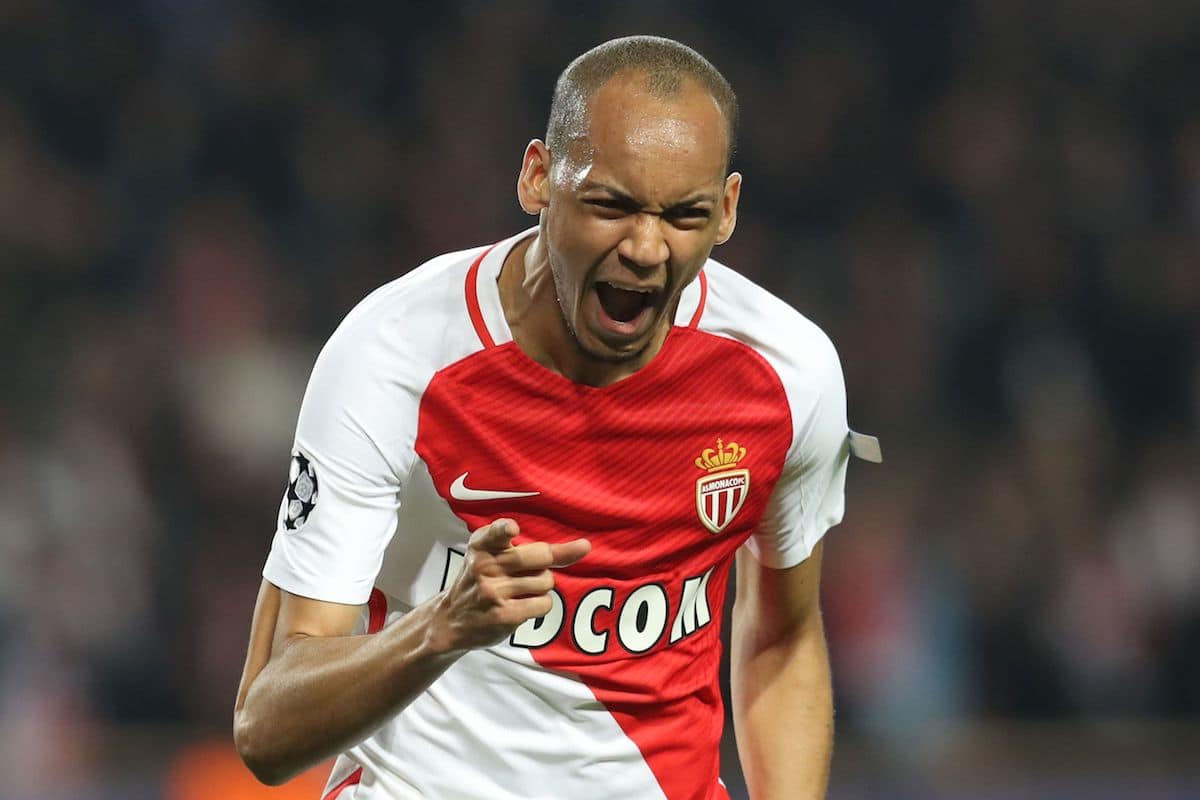 It’s no secret that Manchester United’s transfer wishlist this summer includes a midfielder.

They have been linked with a number of men in the middle of the park, including Fabinho and Tiemoué Bakayoko.

With Bakayoko now a Chelsea player and Fabinho looking likely to stay at Monaco, it looks like he’s switched his attention elsewhere.

As reported widely in the UK press, Nemanja Matić is thought to be a target for José Mourinho.

It may seem strange for a Portuguese paper to know what a Serbian player plying his trade in England is thinking, but Matić did play for Benfica before returning to Chelsea.

Yet, he may not be the only target, with Tuttosport claiming Mourinho has spoken to PSG midfielder Marco Verratti over a possible move, and undoubtedly, that move would excite Manchester United fans a lot more.

Verratti is one of the best around, and it is no surprise to see him linked to United after he changed his agent to Mino Raiola, who played an important part in getting Romelu Lukaku to sign for the Red Devils and may as well have an office at Old Trafford with the business he puts their way.

There was talk of Verratti going on strike to force a Barcelona move earlier on in the summer, with the Italian unhappy at their lack of contending in the latter stages of the Champions League.

The signing of Neymar, and perhaps that of Alexis Sánchez, which, according to Le Parisien is now unlikely, would have changed that, but without those arrivals, perhaps the midfielder could still force a move away.

Pep Guardiola shipped him out on loan soon after arriving in England, and it looks like he will have to find another club. 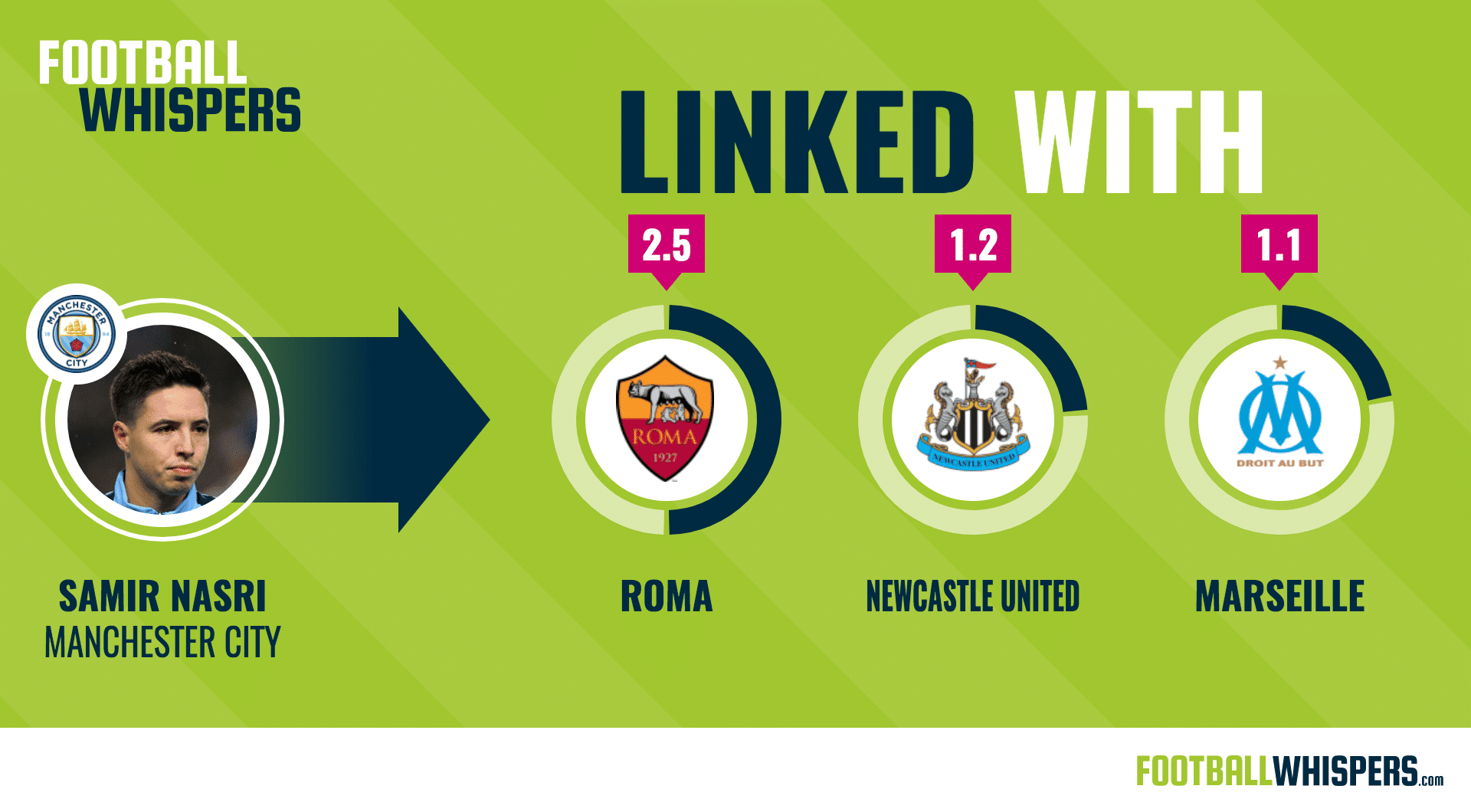 According to the Daily Mail, some of his City team-mates are unhappy with him being brought on their pre-season tour of America.

An insider reportedly told the paper: “The squad don't understand why Nasri is even here.

“He is very unpopular due to his arrogant attitude.

“Some of the squad even want him to go back to Manchester.”

According to Corriere della Sera, he is a Roma transfer target.

The Italian side are thought to have turned to the 30-year-old after being priced out of a move for Riyad Mahrez with Leicester City demanding €40million for the Algerian international.

Roma’s new sporting director Monchi took Nasri to Sevilla last summer and is definitely a fan of the midfielder.