Today we bring you the what’s being said about Paris Saint-Germain transfer target Neymar and his future, what may happen to Chelsea’s wantaway striker Diego Costa and details of competition for Arsenal in their pursuit of Monaco midfielder Thomas Lemar.

According to L’Équipe, the PSG deal for Neymar is now 60 per cent likely.

There is still some confidence from the Parisian side that the deal will get over the line, but that’s diminished a bit from last week.

Perhaps unsurprisingly, the Madrid-based press reckon that it’s a done deal though.

Marca say the Brazilian will have a medical on Tuesday, after flying to China today to meet commercial appointments.

You would expect the paper that is Real Madrid’s biggest mouthpiece to speak negatively about Barcelona’s chances of keeping one of their best players, so whatever is written there regarding Neymar would probably be best being taken with a pinch of salt.

If Neymar does leave, there will be no shortage of potential replacements for him, if you listen to what the talk is in the press across the continent.

That may be true, but Coutinho would be viewed as a more direct replacement for Andrés Iniesta, rather than Neymar.

What’s more, the two are very close friends, and playing alongside Neymar would be appealing for Coutinho – more so than joining his old club just after he left.

There is also not much will on Liverpool’s side to sell their star man.

Another potential option for Barcelona is Juventus forward Paulo Dybala, according to Marca.

The suggestions are Blaugrana representatives will meet soon with their Juventus counterparts in order to facilitate a €110million move for the Argentine striker.

Dybala might have been expected to want to play alongside his compatriot Lionel Messi. But, only a few days ago, the 23-year-old pledged his future to his current side.

“I’m fine with Juventus, I'm going to train at my best to make it a great season.”

Chelsea striker Costa is out of favour after falling out of Antonio Conte and all signs looked like he was heading back to Atlético Madrid.

He was pictured wearing an Atleti shirt on Instagram in a video where he seemed to mock the Italian manager.

That isn’t ideal but, in a normal situation, you would expect him to join the club he had made it quite clear he wanted to return to.

But Los Rojiblancos’ ban on registering players until January has complicated the situation.

According to Marca, they are no rush to complete the move and are willing to wait until deadline day.

But the Brazilian-born Spaniard knows he can’t sit waiting in London forever, and there is a real possibility that he could instruct his agent, Jorge Mendes, to find him an alternative club.

There is definitely no going back at Chelsea, who have already signed his replacement in Álvaro Morata. 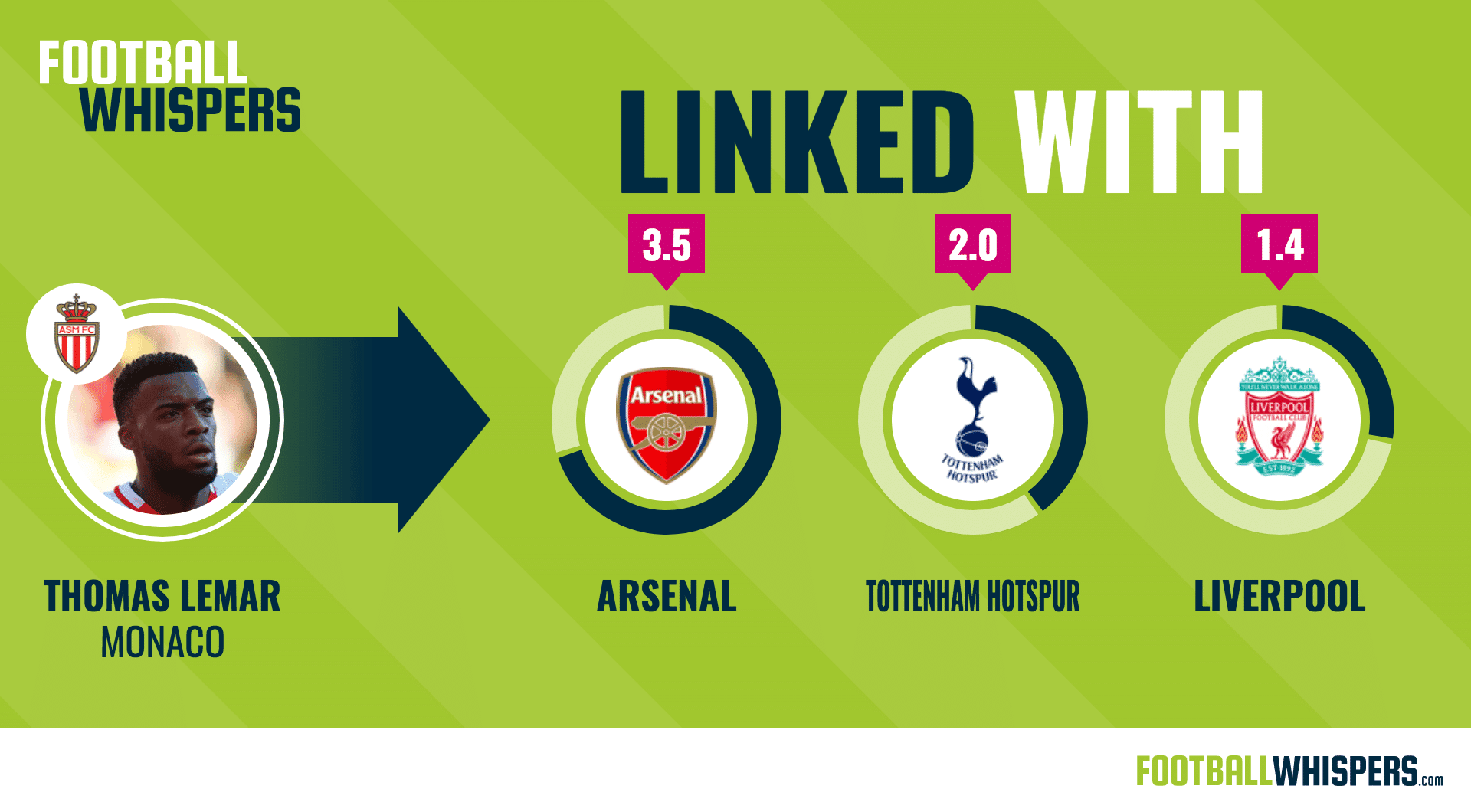 Liverpool have shown an interest in Arsenal transfer target Lemar, according to the same Le10Sport report that links Barcelona with the Reds’ playmaker Coutinho.

The French publication claims that if the Brazilian heads to Barça, Jürgen Klopp has identified the Monaco man as a possible replacement.

Arsenal have already made three bids for the winger, with the latest totalling €50million, and you would expect them to still be favourites.

The ideal situation for Liverpool fans would be keeping hold of Coutinho, and with the club not willing to do so, they will probably hope that – as good as Lemar is – the only time they see him playing at Anfield next season is in the Champions League with Monaco, or in an Arsenal shirt in the Premier League.