Today we bring you the what’s being said about a sensational move to Real Madrid for Kylian Mbappé, as well as details of Liverpool’s pursuit of Naby Keïta, Neymar’s potential move to Paris Saint-Germain and a French club’s interest in Moussa Dembélé.

According to Marca, Real Madrid and Monaco have reached a preliminary agreement for the transfer of Mbappé for what would be a world-record breaking fee of €180million.

Once the final details are put in place, the 18-year-old French wonderkid is expected to sign a six-year contract at the Bernabéu.

Manchester City were also interested, but are believed to have given up on the possibility of the move.

The departure of Álvaro Morata left Madrid short up front, and while Zinédine Zidane claimed yesterday he was happy with his squad, there was no doubt Mbappé was always a Real Madrid transfer target and that the Spaniard was moved on to make space for the teenager.

While there was talk of him staying in Monaco for another year should he join Madrid, the report from Marca claims he will join immediately as he is keen to get started on the new chapter in his career and he believes he is already at the level to get into the first XI.

The interesting thing will be seeing whose place he takes.

With Gareth Bale suffering from injury for a large part of last season, he didn’t start the Champions League final, and perhaps it is the Welshman whose starting spot is most at risk.

According to Bild, Liverpool have tabled an offer of €83million for RB Leipzig midfielder Keïta.

But he is under contract with the Bundesliga runners up until 2020, and they have repeatedly warned Jürgen Klopp off the Guinea midfielder, with the Guardian reporting earlier this month they contacted the Reds to tell them to stay away from the 22-year-old.

Yet, there is a glimmer of light for Liverpool fans. 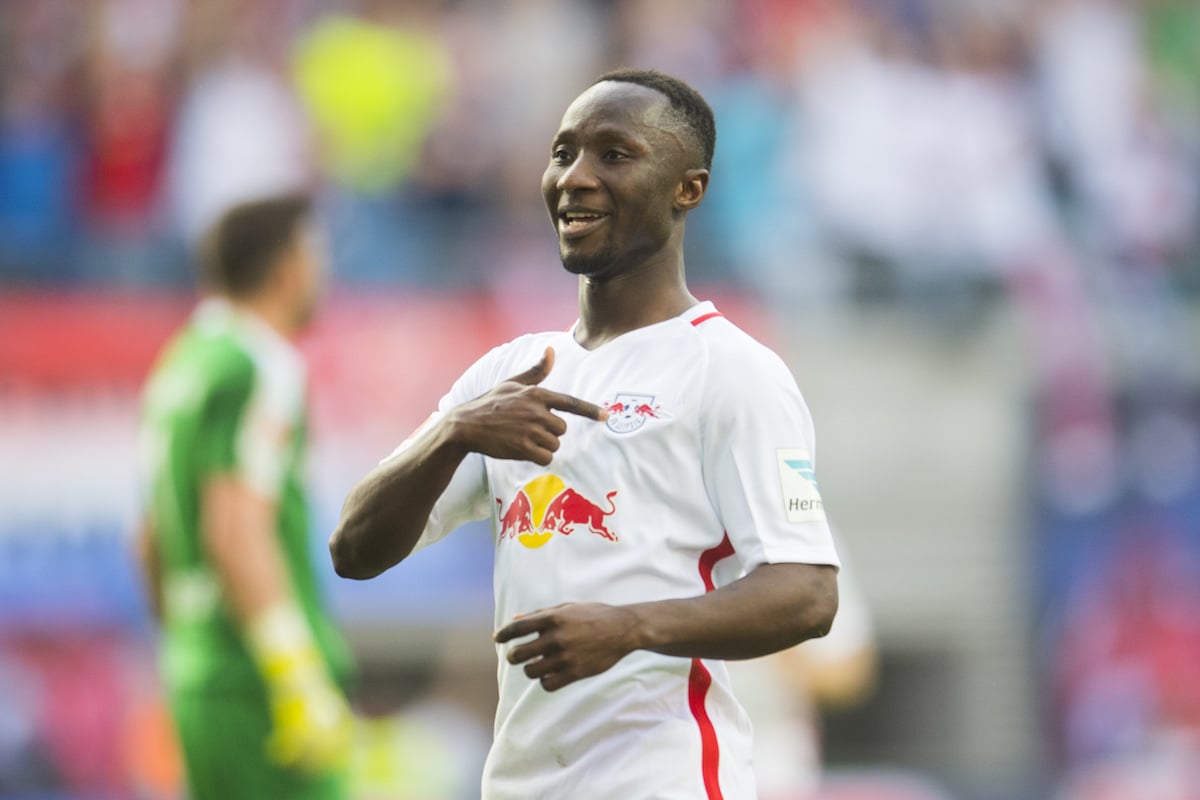 Yesterday morning in training, Keïta produced a horrific tackle on Diego Demme, which left him screaming.

Luckily for Demme it was only a bruised knee, but it led to the session being called off by manager Ralph Hasenhüttl.

And perhaps the tackle was down to frustration on Keïta’s behalf, and if his head has been turned by Liverpool, that’s only a good thing for the Reds.

He’s clearly their top midfield target, and Football Whispers' very own Liverpool expert Sam McGuire has looked at where he would fit in at Anfield.

While Gerard Piqué’s social media post with a picture of him and Neymar and the caption ‘he’s staying’ implied the end to Paris Saint-Germain transfer rumours, it seems the Barcelona forward’s future is definitely uncertain still.

According to Marca, the Brazilian is still waiting for guarantees from PSG about whether they can pay his release clause at Barça without breaking financial fair play agreements.

Neymar is reportedly worried that if they failed FFP, it could lead to a ban from European competition.

L’Équipe claim the French club have worked out a way to stop that from happening though – pretty much selling everyone.

You have to note that Marca, which is Neymar’s wishes to go to PSG, is a Madrid-based newspaper though, which would obviously do what it can to unsettle Barcelona players, as the Spanish press are very partisan.

They do admit that the Blaugrana don’t want to sell, but point out if Neymar’s €222million release clause is met, there is nothing at all they would be able to do about it.

It feels like this saga is only just beginning. 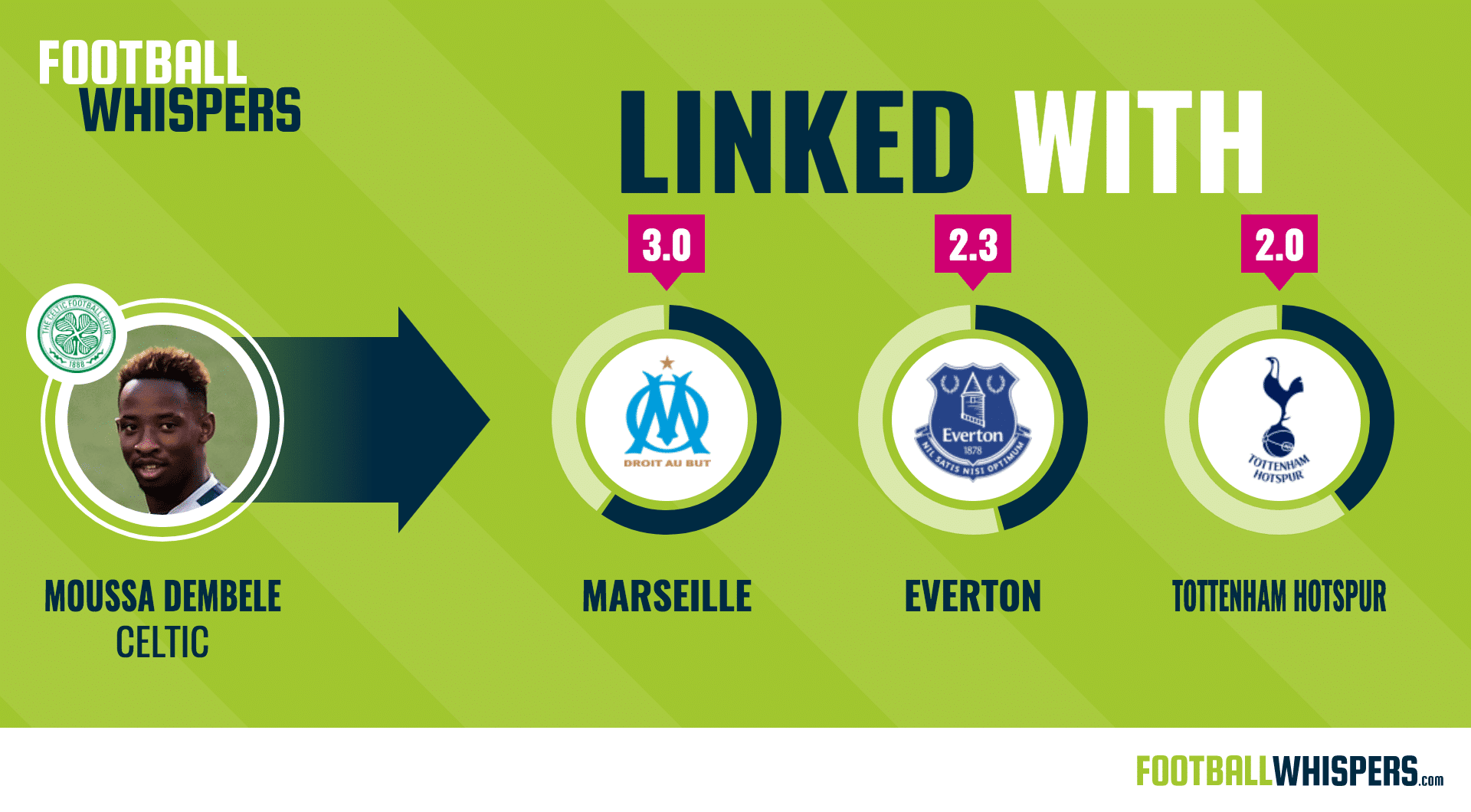 According to L’Équipe, Marseille are interested in Dembélé and spoke with Celtic about a possible move a fortnight ago.

They claim the Scottish club have put an asking price of €25million on the striker, who scored 32 times for them last season.

Yet, that seems a bit low, considerably Chelsea were reportedly told to pay £40million for him back in January, and his stock has only really risen since then.

The report also claims West Ham United are the biggest threat to Marseille for Dembélé, but if he did properly become available, you would expect him to move to a club in European competition.

That is Marseille though – who will be playing in the Europa League in the 2017/18 campaign.

And they are undoubtedly looking for a striker, after being linked with Olivier Giroud earlier this month.