Today we bring you talk on in-demand Monaco teenager Kylian Mbappé and his future, a number of potential ins and outs at Isco’s future.

Mbappé deal not done yet

It looks like Paris Saint-Germain are ripping up the rule book and signing the two most expensive players of all time this summer.

They have already brought in Neymar for a world-record €222million from Barcelona and it looks like the next player through the door for an eye-watering sum of money will be Mbappé.

Indeed, it is being widely reported that, despite the 18-year-old being a long-term Real Madrid transfer target, PSG have pipped them to the post.

And according to L’Équipe, that was largely down to the Neymar signing, with the teenager desperate to play alongside the Brazilian.

The real question is whether they can play together, but that’s a dilemma for Unai Emery to solve.

But Le Parisien believes the deal may be impossible this summer.

Despite both Mbappé and PSG wanting the deal, the €180million being asked by Monaco may make the deal fall through because of their financial fair play restrictions.

What’s more, it’s believed Monaco don’t want to sell to a Ligue 1 rival, and that’s given a glimmer of hope to Real Madrid who still want the teenage superstar, according to AS.

Barcelona ready for a busy close of window

After a relatively quiet start for Barcelona, signing Marlon Santos permanently and bringing in Nélson Semedo, the departure of Neymar changed everything.

They are on the verge of signing Ousmane Dembélé from Borussia Dortmund, with L’Équipe reporting the deal could be finalised in the coming hours.

This morning, Mundo Deportivo claimed that Barcelona were confident of bringing Philippe Coutinho the the Camp Nou too, despite difficulties in dealing with Liverpool.

But that was before the Premier League club released a statement making clear they were not going to sell the Brazilian this summer.

That seemed to put an end to the transfer speculation, until it was reported by Sky Sports that the attacker had handed in a transfer request and you'd think that must be why the Catalan club were so confident, they knew he'd do what it takes to get there.

Signing both him and Aleix Vidal in the summer of 2015 and not being able to have them play until January 2016 hasn’t really helped either of the players, with both failing to have a proper impact in Catalonia.

And it looks like he will return to Turkey, with Galatasaray pushing for him.

There may be a bit of a sticking point over a fee though, with the Turkish side only willing to pay €10million, half of what Barça are demanding according to Mundo Deportivo.

While Turan is on his way out, the hierarchy at the Camp Nou are much more confident of keeping Sergi Roberto.

The 25-year-old midfielder-turned-right-back had been subject of Chelsea and Manchester United transfer rumours and only has a €40million release clause, which is nothing in today’s market.

But Mundo Deportivo reports that it’s believed he wants to stay at Barcelona and they are confident of him signing a new contract by the end of the year. 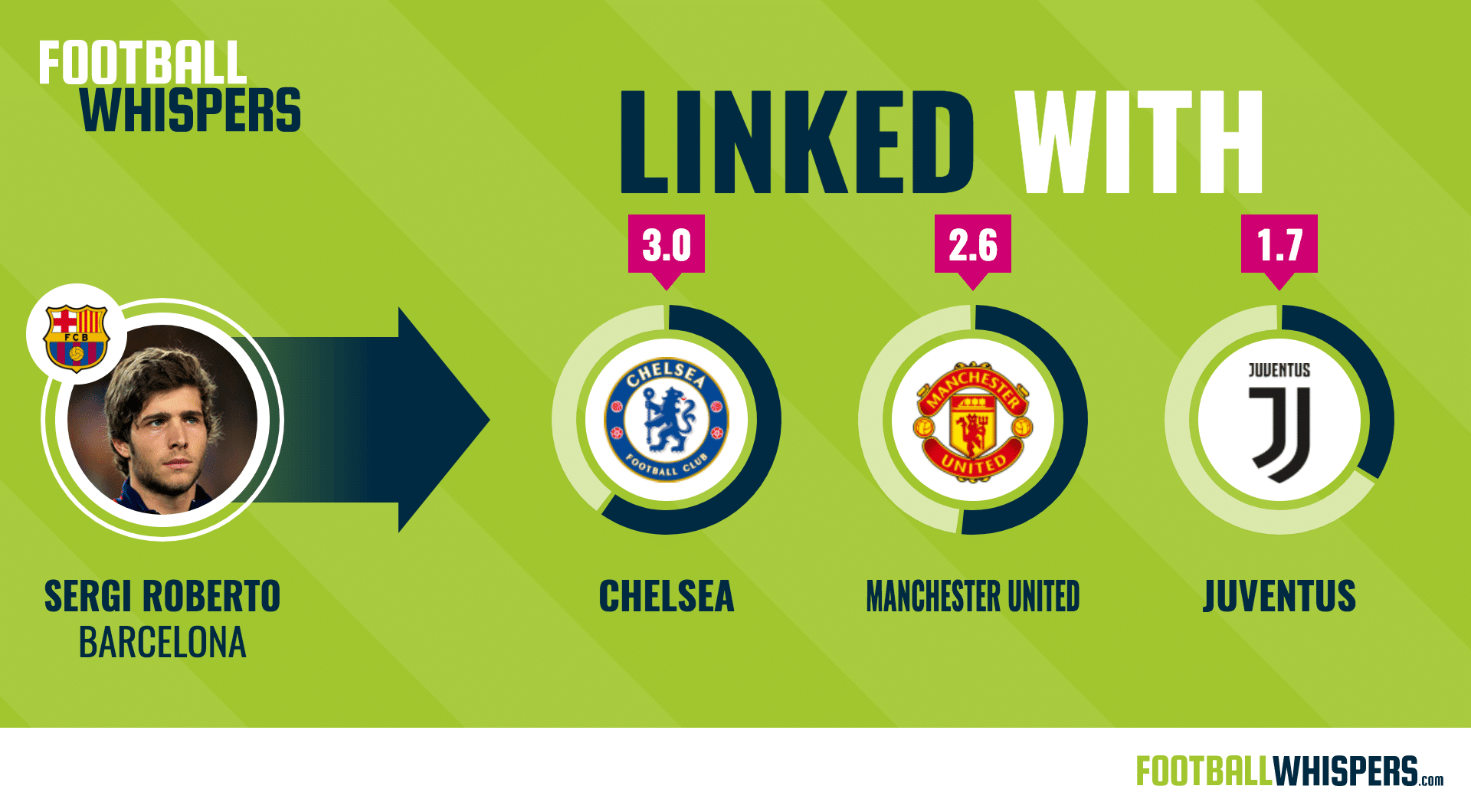 While Roberto may be getting a new contract at Barcelona by the end of the year, it looks like Isco will be signing one much sooner than that at Real Madrid.

According to AS, he has already agreed terms on his new deal, which will be for four years, with an option of a further one.

They will put a €700million release clause in his deal, presumably to stop anyone doing a PSG and stealing him like they did with Neymar, although the way transfer fees are going, who knows? That may be next to nothing in four years time.

It marks a remarkable turnaround for the Spaniard, who in January looked likely to leave the Bernabéu due to a lack of game time.

He was reportedly a Barcelona, Manchester City and Bayern Munich transfer target as he approached the end of his current deal, which expires next summer.

But Gareth Bale’s injury gave him a real chance in the team and he took it, quickly becoming a vital player to the end of the season as they sealed La Liga and Champions League victory, and given that good form, it’s no surprise they wanted to tie him down to a new contract as soon as possible.

It will reportedly be made official after the Super Cup games against Barcelona next week.