Every day Football Whispers pore over Europe’s major transfer news outlets in search of the latest reports relating to your club.

Today there’s talk on a potential temporary switch away from Old Trafford for Anthony Martial, how Chelsea could react after Manchester United hijacking their Romelu Lukaku move and two Premier League players who could be heading to France.

With the signing of Lukaku, Martial’s chances at Manchester United as a striker look even more limited.

While that was what many people saw him as when he arrived at Old Trafford for a record transfer fee for a teenager, he started just three games as the main forward for them last season.

In fact, it has been a tough 12 months for Martial under José Mourinho, and it definitely feels like he has regressed from the player who scored 17 goals in his debut campaign under Louis van Gaal.

Under the Portuguese manager, he scored eight goals in all competitions and made just 18 Premier League starts and was liked with a move away from the Red Devils, although he tweeted last month that the rumours were false.

According to La Gazzetta dello Sport, Roma have enquired about taking the 21-year-old on loan.

While he may want to stay at United, with a World Cup next summer, and with the emergence of Kylian Mbappé and Ousmane Dembélé last season, his aim of being in the French squad will be even harder without first-team football.

After being gazumped by Manchester United in their chase for Lukaku, Chelsea have switched their attention to Álvaro Morata, according to AS.

The report says Chelsea tried to buy the Spain international last summer and until April were winning the race for the 24-year-old, before United appeared to move ahead of them.

Like Martial, with the World Cup coming up this summer, the forward will want to be playing regularly.

Antonio Conte is said to be a driving factor in the move, after being key in Morata’s move to Juventus and apparently he always preferred the Spaniard to Lukaku.

Ligue 1 side Marseille could be doing their shopping in England this summer.

L’Équipe reports that they have reached an agreement with Crystal Palace to re-sign goalkeeper Steve Mandanda.

The 32-year-old has made over 400 appearances for L’OM, compared to just 10 games in a Palace shirt last season.

But they are also looking at Wilfried Bony, who fell out of favour at Stoke City last season, and is not in Pep Guardiola’s plans after returning from his loan.

He would cost around €15million (£13.2million), but is also attracting interest from Fenerbahçe.

The 28-year-old isn’t their first choice though, they would rather sign Carlos Bacca from AC Milan.

And you would imagine City would bite their hands off just to get the Ivorian off their books. 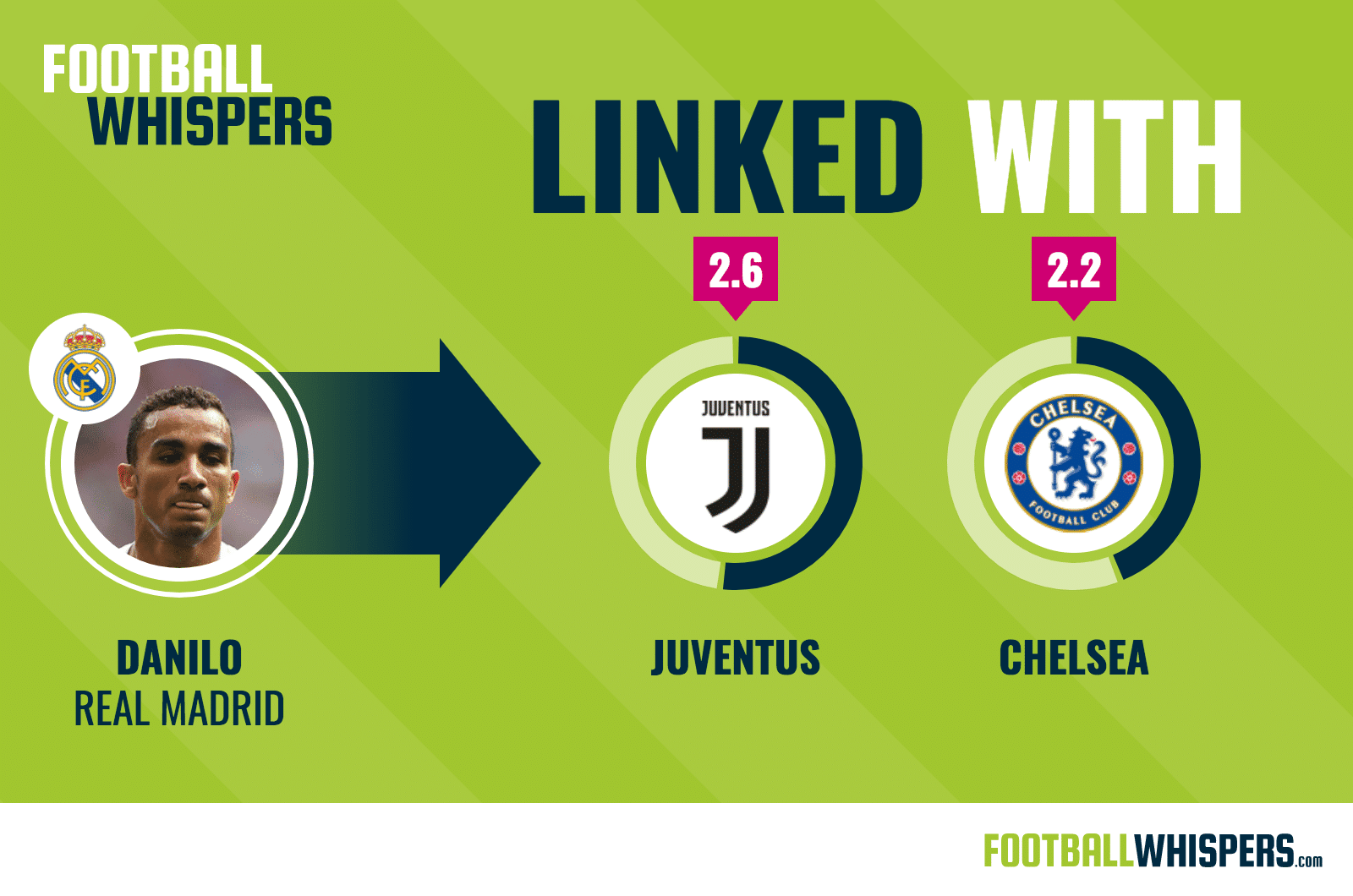 According to Portuguese newspaper A Bola, the Blues could also raid Real Madrid for another player, Danilo.

The right-back is also reportedly a Juventus transfer target though.

Perhaps a move to Juventus would make more sense though, with the Champions League finalists losing Dani Alves, who is the centre of a two-way tug of war between Manchester City and Paris Saint-Germain.

The Blues could do with an option at right wing-back though, with Victor Moses rarely challenged last season – Ola Aina wasn’t able to step up and César Azpilicueta was crucial to the back three.