Today we bring you talk of how Barcelona will spend their money from the sale of Neymar, why Gareth Bale could be set to leave Real Madrid, details of Juventus’ transfer targets as they look to replace Leonardo Bonucci and Dani Alves and the latest on Riyad Mahrez’s potential move to Roma.

It’d probably be expected that after selling Neymar, the first Barcelona transfer target would be a direct replacement for him.

Yet, it looks like their next signing will be a defender with Marca reporting Real Sociedad defender Íñigo Martínez is set for a move to the Camp Nou.

The 26-year-old has a buyout clause of €32million and it looks like Barcelona will have to pay that in full as the club from San Sebastián are not willing to enter in negotiations for one of their key men.

Perhaps unsurprisingly, Martínez isn’t the only player on their wishlist – with a number of targets for their forward line.

Paulo Dybala is one name on the shopping list, according to Mundo Deportivo. His asking price may be an issue, with Juventus believed to not be tempted by a €140million offer.

But there is a glimmer of hope for the Blaugrana, with the Italian side reportedly considering an offer if a player moves the other way too.

Their preference is thought to be André Gomes, although a they also wouldn’t rule out any deal involving Rafinha.

Other than Dybala, Borussia Dortmund's Ousmane Dembélé is also a target for Barça. But they’ve received a blow in their chase for him.

Sport claim that due to the inflated prices in the Premier League, Dortmund have raised their asking price for the 20-year-old from €80million to €100million.

One player that won’t be heading to the Camp Nou is Antoine Griezmann.

But he agreed not to pursue the Frenchman as as it would leave the Rojiblancos short due to their transfer ban, and he didn’t want to damage the good relationship the two clubs have.

Bale out, Mbappé in?

As well as somehow claiming to know the ins and outs of Barcelona’s transfer business, Marca have been reporting on business closer to home as well.

The Madrid-based daily claims Zinédine Zidane is prepared to let Gareth Bale leave the Bernabéu in order to bring Kylian Mbappé in.

Zidane doesn’t feel he will be able to keep the French wonderkid and the BBC (Bale, Karim Benzema and Cristiano Ronaldo) happy in terms of playing time.

The Frenchman believes out of the three players currently at Real Madrid, the squad would be least affected by the departure of Bale.

But if the Welshman doesn’t leave, that could put Mbappé’s future in doubt.

Zidane knows it’s pointless bringing in someone for so much money – he won’t cost as much as Neymar, but he’ll definitely smash the Paul Pogba deal – if he’s not going to play.

That could leave the 18-year-old stranded, especially considering that according to AS, he gave his word that he would sign for Los Blancos back in June.

After the surprise departures of Bonucci and Alves this summer, Juventus have been left a bit light defensively.

But according to Tuttosport, they have found their answers to that problem.

Rather bizarrely, they are both Valencia players. It’s not like Los Che were a beacon of defensive solidarity, finishing 12th in La Liga last season and conceding 65 goals.

Yet still Juventus are after Ezequiel Garay and João Cancelo.

After the arrival of new coach Marcelino, it’s a fresh start at Valencia and he isn’t afraid to sell players, especially those left over from Jorge Mendes’ time of influence at the club, so it would be no surprise to see the two players leave the Mestalla. 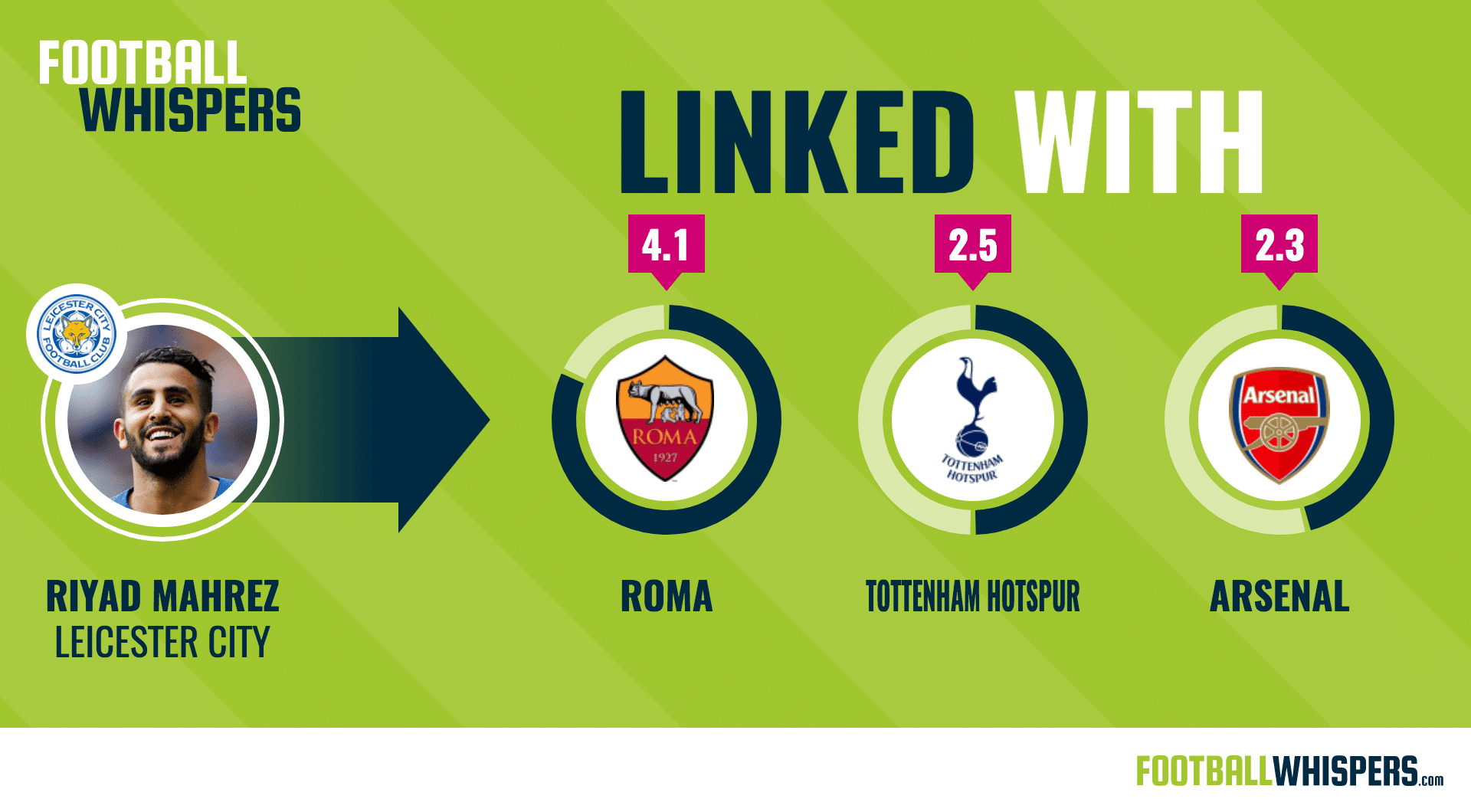 Mahrez is still Roma’s main transfer target for the summer, according to

They are looking at Emre Mor, but only if they can’t get a deal for the Leicester City winger.

The 26-year-old is desperate to leave the King Power Stadium and Roma have already had two bids of £20million and £32million for the former PFA Player of the Year rejected.

Leicester want more money but Monchi, Roma’s sporting director, is a renowned negotiator and it would be no surprise to see him get his man.