Every day, Football Whispers pore over Europe’s major news outlets in search of the latest transfer reports relating to your club.

Today we bring you the latest on what’s being said on Neymar's future in Barcelona, the Catalan club's pursuit of Philippe Coutinho and Monaco's stance on Kylian Mbappé.

Barcelona aren't feeling confident about Neymar's future, say Spanish newspaper Sport, even though the Brazil international is yet to confirm what he wants to do. The former Santos youngster scored the deciding goal in the win over Manchester United to extend his run of form in pre-season.

According to Le10Sport in France, a member of the Qatar Football Federation has been told by Paris Saint-Germain they have sealed a deal for the 25-year-old.

PSG will meet his £196million release clause and make Neymar the most expensive footballer in the world. He will play on the left of their attack and his arrival could mean at least six players are moved on so the Parisians meet FFP regulations. 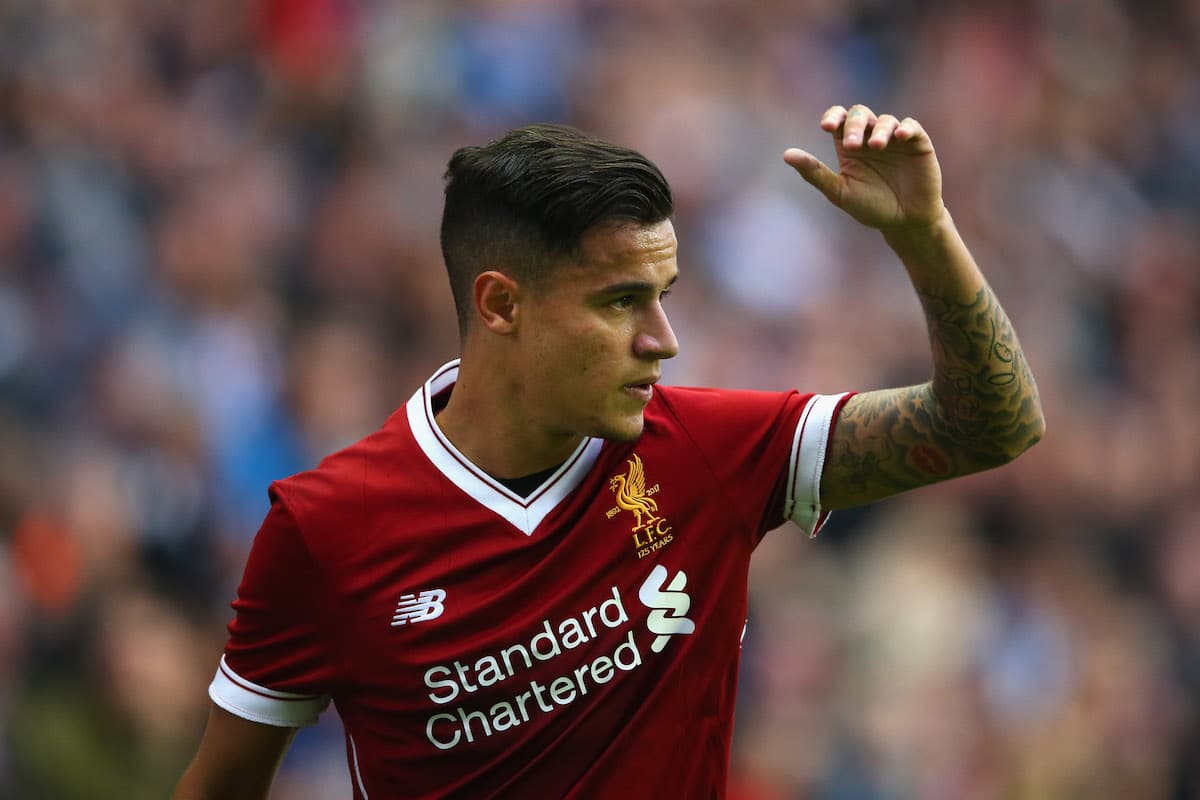 It's not all doom and gloom at the Camp Nou though, with Sport reporting the Catalans have been given a boost after Liverpool maestro Philippe Coutinho informed them he is willing to take a pay cut to push through a move.

The 25-year-old only signed a new £150,000-per-week contract at Anfield in January, a deal which saw him become the club’s highest earner as a reward for his fine form.

At the end of last season, Jürgen Klopp moved him a little further back as a No.8, giving the 25-year-old space to create. The Reds are playing hardball and it will cost more than £75million if Barça are to prise him away from Anfield.

Coutinho could be the perfect replacement for Andrés Iniesta this summer and with Neymar moving to France, they will have the money to meet Liverpool's demands.

Spanish side Real Betis are hoping to sign Middlesbrough's Gastón Ramírez this summer. Talks between the Andalusian club and the player's representatives are moving along nicely, but the move is far from complete say AS.

The Uruguayan is contracted at the Riverside until 2019, but after contributing to just five goals in 24 games last season, he is not expected to be part of new boss Garry Monk ‘s plans next term.

If the La Liga side are willing to match his €12million release clause, he should make the move to Spain sooner rather than later.

Jesús Navas played 391 times for Sevilla before joining Manchester City in 2013. Now a free agent, the Andalusian outfit are trying to work out a return for the 31-year-old.

“We sent a proposal and are awaiting a response,” said Sevilla president Jose Castro at the unveiling of former City team-mate Nolito. “It is a pretty generous offer with a significant economic effort from us. We love Jesus and I am sure he will want to play at Sevilla.”

Currently without a club, it's not hard to see the Spaniard fancying a return to his old side. In his early days he had to overcome a severe bout of homesickness to even play away from the Ramón Sánchez Pizjuán. 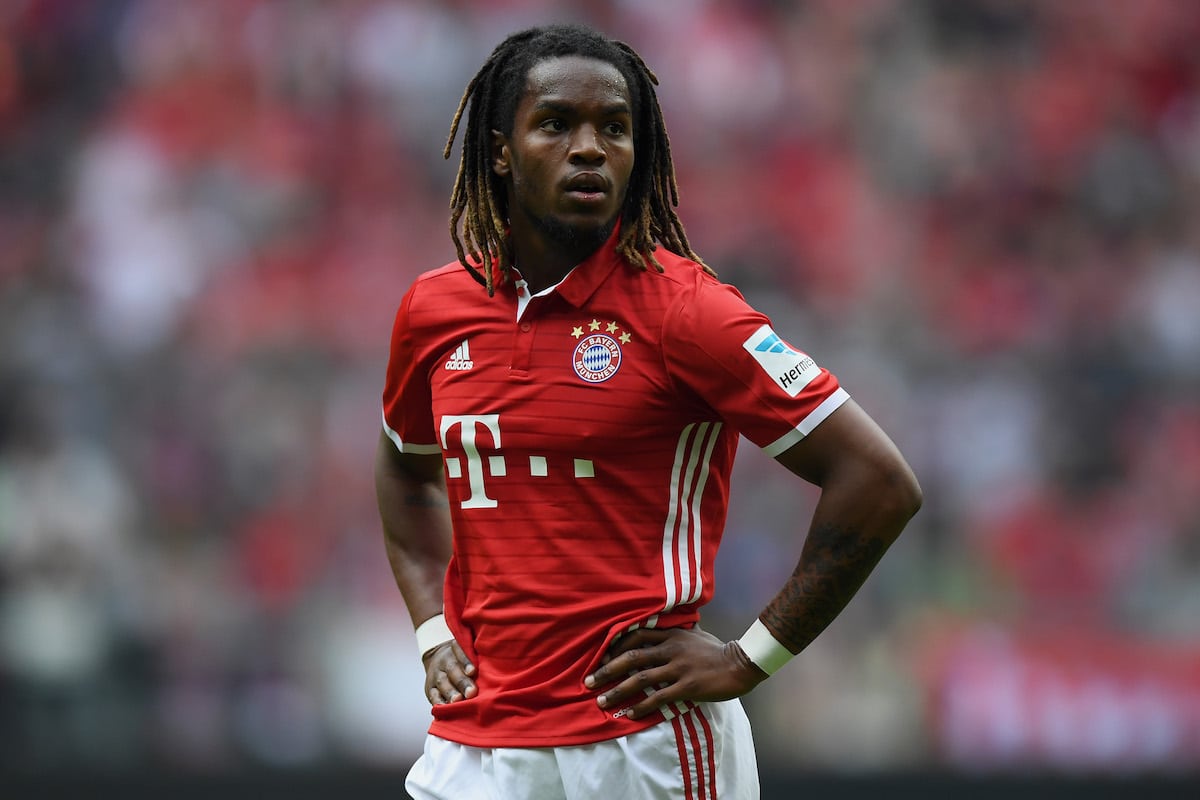 “I had a long talk here in Singapore, but he does not really want to go, he wants to play, that's the most important thing, we share this opinion.”

He moved from Benfica last summer but the 19-year-old only played 615 minutes in the Bundesliga. AC Milan are keen and the midfielder would likely welcome a deal if only to find more time on the pitch.

Germany's Confederations Cup star, Leon Goretzka, is said to have finalised a move to Bayern Munich. The 22-year-old was a Liverpool transfer target earlier in the window, but is now moving to Bavaria in the summer of 2018 according to German football expert Raphael Honigstein.

The 22-year-old's contract runs out in 2018, so Schalke would receive a fee and get to keep him for another season. Last term he supplied five goals and five assists, and now, with nine appearances for Germany, he's scored three times and looks ready for the step up.

Only 12 months after snatching Miralem Pjanic from Roma, Juventus are returning to the capital once again, this time, according to Calciomercato, they plan on landing Greek international defender Kostas Manolas.

The Old Lady see the former Chelsea transfer target as the perfect replacement for Leonardo Bonucci. The 26-year-old is contracted until 2019 and although Juve have Daniel Rugani and Medhi Benatia at the club, Giorgio Chiellini and Andrea Barzagli aren't getting any younger and another defender would be ideal with the amount of games the champions are likely to play.

MONACO ARE HOPEFUL OF MBAPPÉ CONTRACT

Despite all the noise regarding Real Madrid's record breaking offer for Kylian Mbappé, Monaco let all the dust settle before bringing a little realism to proceedings.

Apparently €200million was on the table, but vice-president Vadim Vasilyev, in an interview with L'Equipe, explained Monaco expected him to be in their line-up next term.

“Kylian is a child of the club. He embodies the quality of our youth academy. He has parents who are very intelligent and who know the world of football very well,” Vasilyev said.

“We'll do everything for him to stay and it's very possible that he is there next season. I don't see why he would leave.”

Just like when Anthony Martial left on deadline day for Manchester United in 2015, Vasilyev couldn't say for certain Mbappé would stay.

“You can't guarantee anything, not any more in this field than in others, or in private life,” he said. “I can't reply categorically.”

The Ligue 1 champions are hopeful they can persuade the 18-year-old to sign a new contract this summer.