Under the modern world’s harsh media glare, goalkeepers only make headlines when they make a clanger – but we at Football Whispers want to give stoppers their moment in the sun.

Using a specially-tailored algorithm, we show that it is far more than shots saved that makes the contemporary goalkeeper so effective.

Who Is The Best Goalkeeper In The Premier… by FootballWhispers

So who came out as top of the stops?

Former Manchester United youngster Tm Heaton had to move away from the bright lights of Old Trafford to make his name.

But that won't be a decision he regrets, as he is now widely regarded as one of the finest goalkeepers in the Premier League thanks to his heroics with Burnley.

Indeed, perhaps the most impressive display of his career came at the Theatre of Dreams this season, when he repelled multiple efforts from Zlatan Ibrahimovic to secure a 0-0 draw for the Clarets.

According to our algorithm, the 30-year-old's 2.23 saves per goal conceded, and average of three save per match, has contributed to an overall rating of 6.3, ranking him a thoroughly respectable sixth.

Former England goalkeeper Dave Beasant, a guest on Football Whispers TV, believes Heaton’s inclusion on this list illustrates just how fine a season he has had.

“The surprise you probably would say is Tom Heaton, but his performances this season warrant it,” said Beasant. “Those stats are the top goalkeepers related to their position in the league apart from Heaton.” 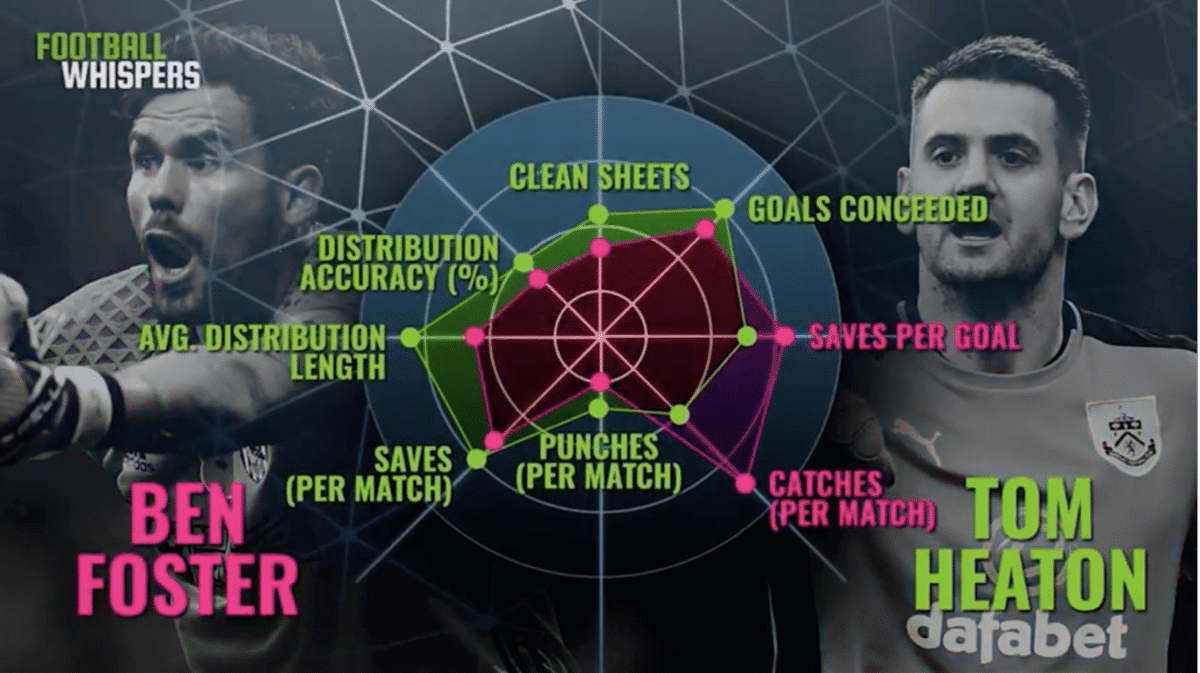 Next is another former United keeper in the shape of West Bromwich Albion's Ben Foster.

Although our metrics show that Heaton outstrips Foster when it comes to his accuracy and length of distribution, the Baggies keeper makes up ground in other areas.

Foster is a superb catcher of the ball – and prefers to do so rather than opting for a wild punch – and makes 2.33.

Petr Tech first moved to the Premier League in 2004, joining Chelsea from Ligue 1 side Rennes.

In that time he has consistently been one of the safest pair of hands in the English top flight.

This season the 34-year-old has been seeing plenty of action behind an inconsistent Arsenal defence.

The Czech Republic international has conceded 28 goals with the Gunners this term, and averages 2.19 stops for every strike conceded. 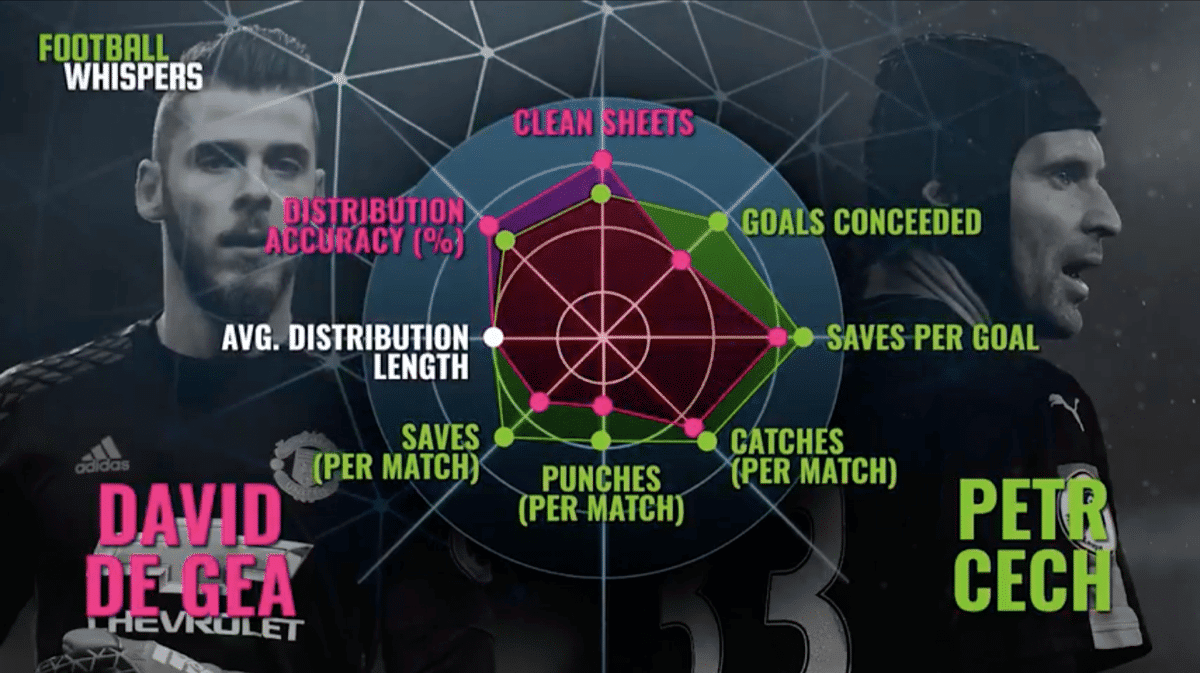 The Red Devils had to fight tooth and nail to prevent the Spaniard joining Real Madrid in the summer of 2015 and, if reports are to be believed, they might face a similar battle at the end of the current campaign.

READ MORE: ADAPT OR PERISH: THE RISE OF THE SWEEPER KEEPER

Although Cech outdoes De Gea on catches per match and saves per goal (2.19 to 2.10) the Spain international comes out on top when analysing the most fundamental stats of them all – clean sheets and goals conceded.

While some of this is down to their measure of protection, with a seemingly makeshift Manchester United defence conceding just 21 Premier League goals to Arsenal’s 28 this season, De Gea must take huge credit for organising his back four.

De Gea also wins the battle in distribution accuracy which is why when all added up, the United keeper makes the top three.

With a stunning rate of 2.56 saves per game, few are better at keeping the ball out of the net than Hugo Lloris.

Indeed, on the rare occasions which opposition attackers break the resolute barrier set out by centre-baks Jan Vertonghen and Toby Alderweireld, it must be disheartening to see the former Lyon man still standing in their way.

“I’m not surprised Lloris is up there, but you could have gone back to Man City the other week when he spilled two. But it’s over a season we’re talking about,” he said. “Everyone makes mistakes and we’re in such a highly critical world where everyone magnifies them.

“Without a doubt Lloris would be at the top of it, but I’m surprised De Gea isn’t in the top two. It’s very close between all the top four goalkeepers.” 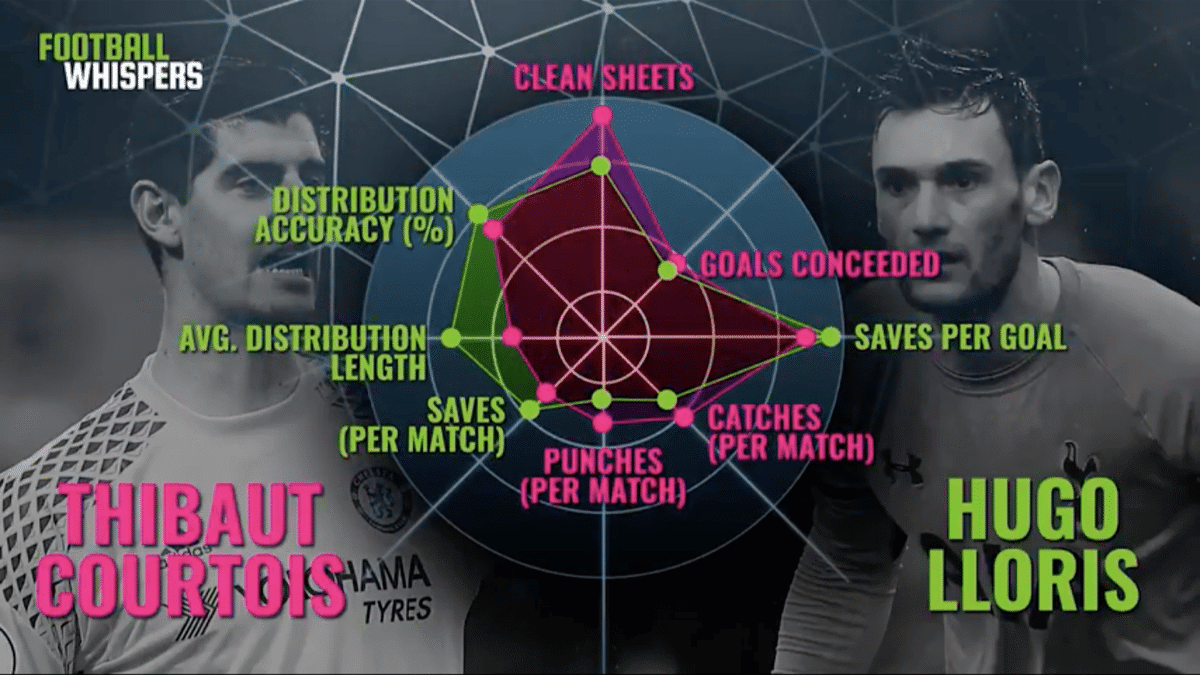 Top of the Premier League with Chelsea, and top of our goalkeepers' rankings, Thibaut Courtois has been a consistent performer ever since moving to Stamford Bridge.

Like Lloris, Courtois has only conceded 18 goals in the league so far this term, but our metrics put the Chelsea custodian just ahead of the Frenchman.

With a superb average of 2.47 saves per game, the 24-year-old takes some beating.

And he just gets the nod over Lloris thats to the fact that he is the clean sheet king with 13 so far, though the Spurs man does peg him back with his unrivalled distribution.

As well as compiling a professional playing career that spanned four decades, Beasant is currently working under Jaap Stam at Reading as the club’s goalkeeping coach. 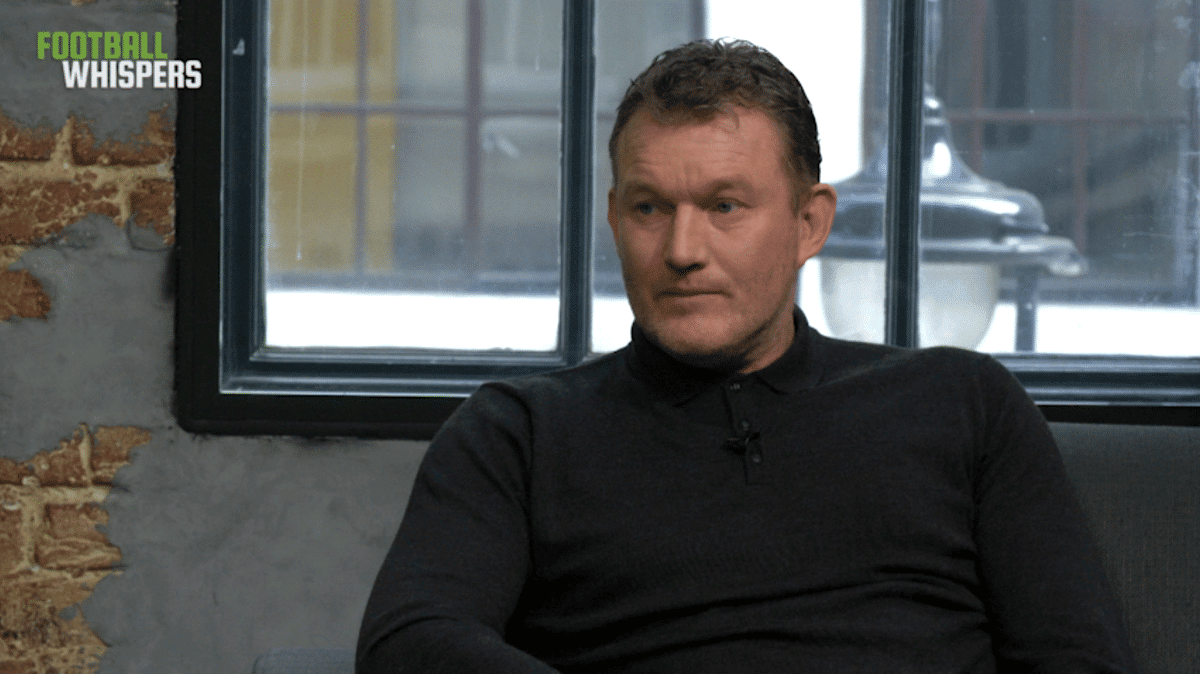 And he believes that even the very best goalkeepers in the modern era need to tone down a punch first policy.

“With Goalkeepers catching shots – I think the contrast is catching crosses because so many times nowadays you’ve seen goalkeepers coming and they’ve made their mind up to punch and there’s not a player around them.

“When you’re punching the ball you’re not in control of the ball and relieving the pressure off the defence. The defence knows that the ball is in the air, and my goalkeeper is coming to catch it, but that is not the norm nowadays.”