Following on from the luckless fortune we had in Game Week 3, Game Week 4 yielded somewhat better results. Dusan Tadic provided Charlie Austin with an assist and was also accredited for a clean sheet, as was Kyle Walker who faced the challenging task of keeping a ‘rampant' Sunderland attack at bay!

Unfortunately, Christian Benteke was the disappointment of my FF week – the Crystal Palace new boy was unable to find himself on either the goals or assists sheet in a 4-1 home defeat of Stoke City (probably why Liverpool sold him!).

This weeks action looks to be a real feast for the football fan. Jose Mourinho’s struggling Red Devils entertain the champions, Leicester City. However, the real main course comes at Saturday teatime, where London rivals Chelsea and Arsenal face off in a mouthwatering contest.

Aside from a shock 2-0 defeat in Game Week 2 at Turf Moor to Burnley, Liverpool's start to the 2016/17 season couldn't have been much more impressive. With convincing wins at both Stamford Bridge (2-1) and the Emirates (4-3), as well as a 4-1 dispatching of defending champions Leicester City in front of the beloved Kop – and re-opened Main Stand – it's all smiles on the red side of Stanley Park.

This week see’s Jurgen Klopp’s men welcome Hull City to Anfield. As Mike Phelan’s men continue to surpass expectation with the minimum resource at their dispense, the Reds move from strength to strength. Ever since 2014, the season that saw them pass up on the best opportunity to win the Premier League in recent memory, Liverpool’s success has often been marred by defensive frailties and comedic errors (Exhibit 1 – Lucas Leiva vs Leicester City). 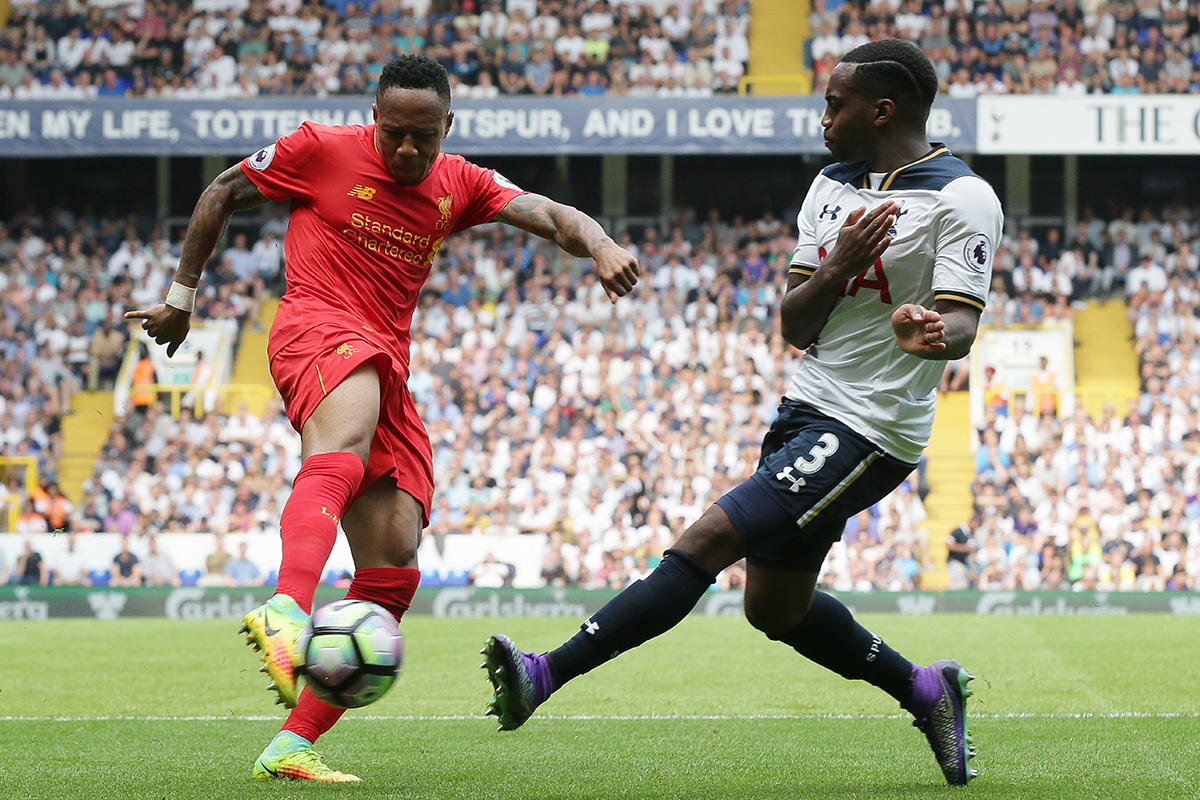 However, it is no coincidence that as the Klopp reign matures, so do Liverpool’s defensive capabilities – as exemplified in their ability to successfully weather a Chelsea onslaught last week; a game they would have most probably drawn (if not lost) in years gone by.

I expect Liverpool to dominate this week's fixture at home to Hull and see a large percentage of the ball. With Phelan's men generally setting up with a slightly adapted 4-5-1 system – featuring three central midfielders – when playing on the road, the Tigers are evidently prioritising being tough to break down. It is for this reason that I fancy Nathaniel Clyne’s chances of a big game week.

With the Reds expected to dominate possession, and the middle of the pitch to be heavily congested with orange shirts, I sense Clyne will have ample opportunity to roam forward and exploit the visitor's young left-back, Andrew Robertson.

With Jake Livermore suspended for the Tigers, the likes of Daniel Sturridge, Roberto Firmino, Philippe Coutinho and Sadio Mane will more than likely have ample opportunity to have shots on goal, something Clyne loves to assist with. Additionally, Clyne will see this a great chance to stake a claim for a starting spot in the upcoming England Squad.

Last week I mentioned that Stoke City could have been deemed a dark horse entering the 2016/17 season. With a squad consisting of household names – including, Bojan Krkic, Xherdan Shaqiri, Ibrahim Afellay, Joe Allen, Wilfried Bony and Bruno Martins Indi – Mark Hughes really shouldn't find his team bottom of the table and fighting for his job five games in. But that's the reality of football, the old of adage of the game isn't played on paper could never be more true. Following a calamitous 2-1 home defeat in the EFL cup to Mike Phelan’s Hull City, the need for three points has never been in higher demand.

This weekend sees Stoke welcome Tony Pulis’ West Bromwich Albion to the Bet365 Stadium. With the Baggies having only managed two away Premier League wins since last October (Everton and Crystal Palace), even with Stoke’s misfortunes this season, Mark Hughes must fancy his chances of walking away with a huge three points. 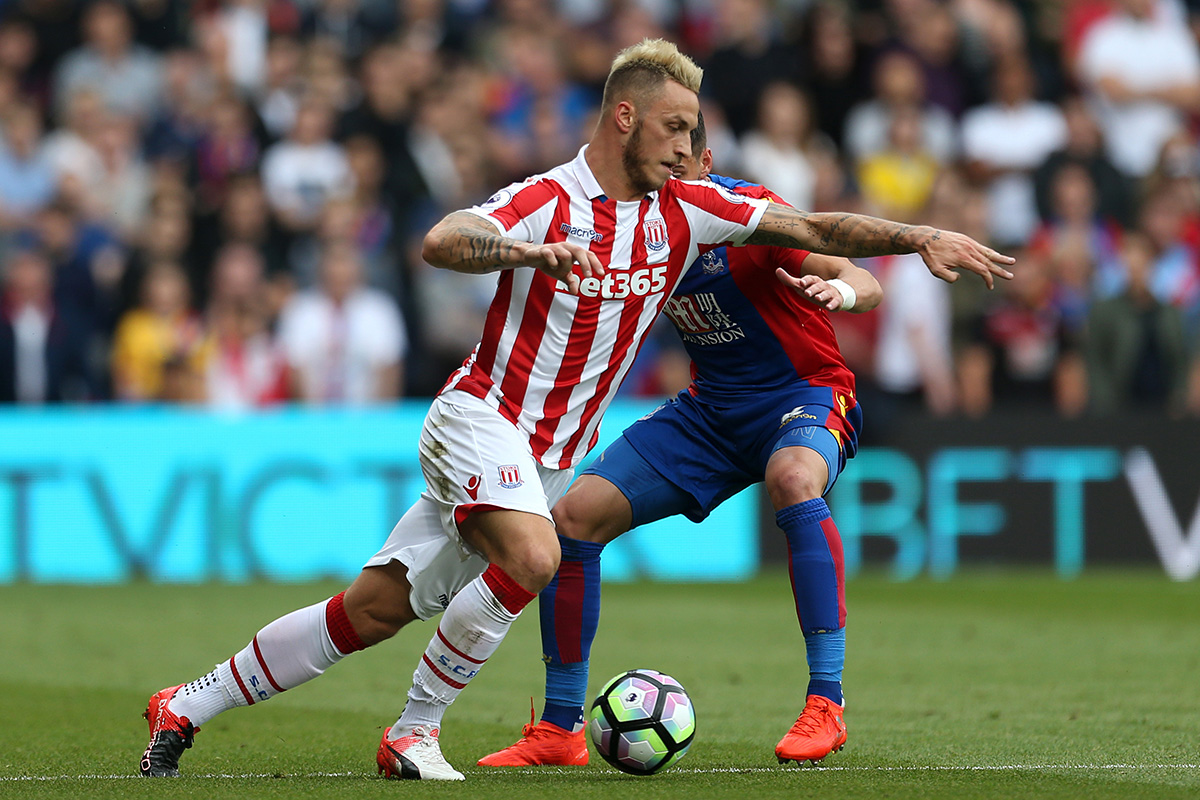 The typical Pulis team when playing away will prioritise not losing and ensuring a point rather than trying for three and risking walking away empty handed, something he's often criticised for. With the Baggies often opting for a physically imposing and rigid system on the road, somewhat a Pulis trademark – with the likes of Darren Fletcher, Jonas Olsson, Jonny Evans, Claudio Yacob, Gareth McAuley and Craig Dawson all likely to feature – a fixture against West Brom may just be what the Stoke players need.

By coming up against such a formulated, well-drilled and rigid opposition may give the Potters' players the time and space that they require on the ball, none more so than Marko Arnautovic. The former Internazionale man has scored twice in the past week and looks set to have a favourable match up against young full-back, Brendan Galloway. With both Stoke and Hughes desperate for three points, I expect Stoke to begin to turn their season around tomorrow with a home victory and more than likely have Arnautovic as a large part of it.

Has there ever been a more remarkable start to a career than that of Marcus Rashford's?

As Jay from The Inbetweeners infamously gloated ‘Completed it'. That's how I imagine 18-year-old Rashford feels about life.

Now, I don't even know if the young prodigy is going to start this weekend against Leicester City, but he is surely worth the gamble. Coming off one of the worst eight-day spells in recent memory – three consecutive losses – Jose Mourinho will undoubtedly be looking for a spark to reignite the Old Trafford faithful. 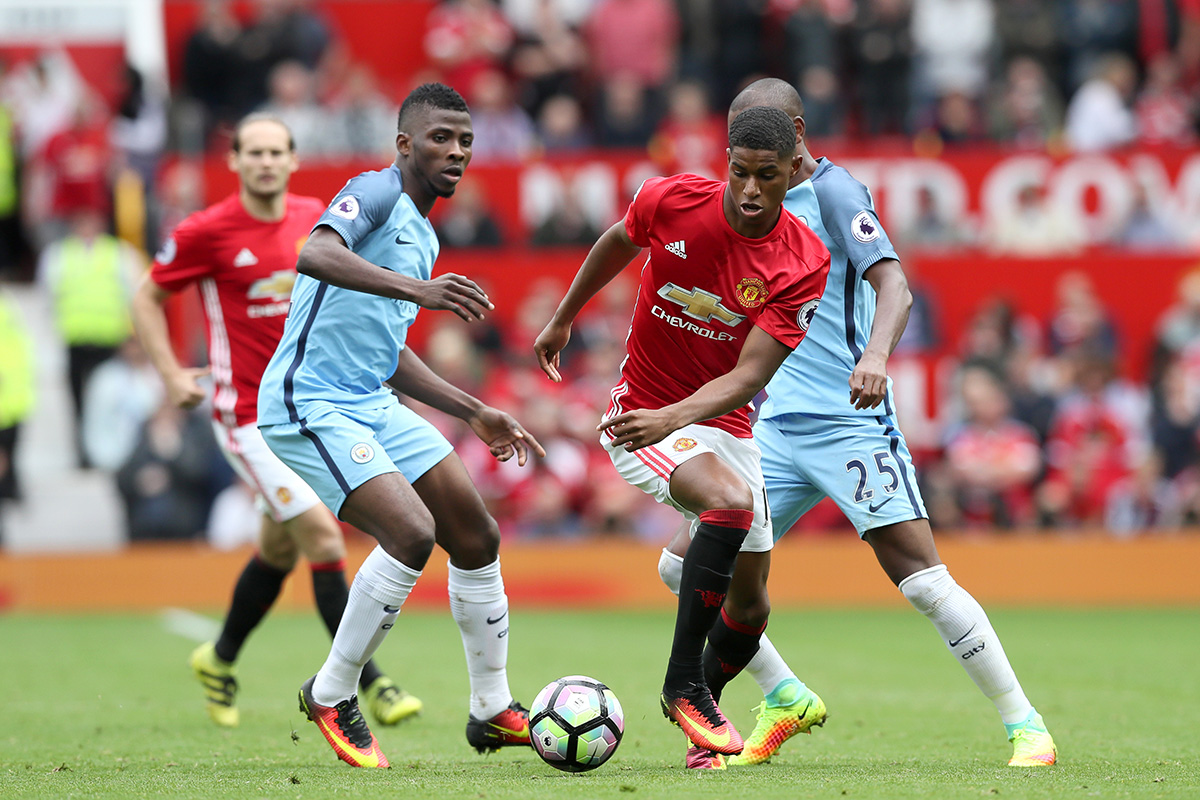 Having come under heavy criticism for a lack of pace, creativity and energy within his side, Mourinho surely has no option other than to turn to local lad, Rashford. Ever since his first-team debut, the England youngster has been fearless, showing an aptitude to run at defenders and take a man on, something synonymous with the great Manchester United teams of the late 1990s and early 2000s.

Despite being defending champions, Leicester’s defence look a shadow of the team that convincingly walked the league last season. Having already conceded 13 goals in all competitions this season, Manchester United should have more than enough opportunity to put the lack of creativity critics to bed. With the likes of Zlatan Ibrahimovic, Paul Pogba, Juan Mata and, the recently criticised, Wayne Rooney at his disposal, Mourinho should fancy his chances of getting a much needed result tomorrow. I fancy it to be a big day for the local Manchester lads; Rashford and then Anthony Crolla in his big title fight in the evening.

Sprint To Sell Sane In The Fantasy Football Market

How Sanchez, Alli and Fabregas can Earn you Money this Weekend

Expensive Players To Leave Out Your Fantasy XI

Fantasy Football: 4 Strikers Who Will Deliver This Weekend