When around 50 masked Sporting ultras – or let's call them what they were: hooligans – descended on the Portuguese club's training ground and attacked players and staff last May, they perhaps didn't envisage causing a talent drain that would cost the club millions.

Yet, completely understandably, players no longer felt safe. Citing “just cause”, nine members of the first team terminated their contracts.

Some, such as striker Bas Dost, who suffered a head injury in the attack, and midfielder Bruno Fernandes, decided to stay after Sporting president Bruno de Carvalho stepped down from his role.

Others, including Portugal No.1 goalkeeper Rui Patrício and influential midfielder William Carvalho, moved on to clubs who were willing to negotiate a fee with Sporting instead of being dragged into a legal dispute.

Yet Gelson Martins and Rafael Leão, two of the Portuguese side's most valuable assets, departed for nothing. Martins joined Atlético Madrid but the move hasn't worked out – he signed on loan for Monaco this month – but Sporting are pursuing the La Liga side through the courts regarding his transfer.

Leão, who was previously wanted by Borussia Dortmund, Juventus and Manchester City, who were according to reports willing to pay £30million to sign him in 2018, ended up joining Lille OSC.

“Rafael chose our proposal and our project and we thank him for his decision,” said Lille CEO Marc Ingla last summer.

“He has impressive technical and physical qualities that make him one of the most attractive and promising young players in world football. We feel that his signature is a rather exceptional event for LOSC. We are confident that the future will confirm it.”

Sporting were, and remain, angered by Leão's move to Lille. In August the club filed a complaint to FIFA demanding €45million compensation from the French club. As yet the situation hasn't been resolved.

Leão, however, hasn't been affected. After being eased into the first team – he didn't make his debut for the club until the end of September – he has established himself in the starting XI and scored four goals in four games either side of Ligue 1's winter break.

The teenager dubbed “the Portuguese Kylain Mbappé” by Luis Campos, advisor to Lille president Gérard Lopez, is beginning to live up to his billing. Although it's not something he welcomes.

“Mbappe is Mbappe, he’s an incredible player,” Leão said in December. “He’s 20 and has already proven a good deal. I’m Rafael Leão and I must work to prove myself.”

Over the years, Sporting have developed countless stars of the Portuguese game;  Luis Figo and Cristiano Ronaldo, both Ballon d'Or winners, undoubtedly the standouts.

Yet shortly after Leão made his senior debut in 2018, Tiago Fernandes, a coach who worked at the Portuguese club at youth and first-team level, described the teenager as “the best player in the history of the Sporting academy”.

Sporting didn't get to reap the rewards of Leão's talents, though. The ultras ensured that. He made only five appearances for the club, in which he scored twice, before he departed for Lille.

The Ligue 1 side, as Ingla admitted, knew they had pulled off a coup in signing Leão. And alongside Nicolas Pépé, Jonathan Ikoné and Jonathan Bamba, the Portugal under-21 international makes up one of the most exciting attacks in Europe.

Leão arrived at Lille with a reputation as an explosive forward, one who combined pace and power with excellent dribbling technique and finishing ability. But at the French club, his game has become more nuanced.

By his own admission, his link play with those in deeper positions is being honed.

“There is a different reality from Sporting and Portugal, here I have to work more to help the midfielder. The coach [Christophe Galtier] asks me to be more efficient in this area. I'm getting used to it.”

Of course, mistakes will be made. Galtier has admitted Leão can frustrate: “He's a player who can make you pull your hair out… but a few minutes later, bring you a lot of hope and smile.”

One area of Leão's game that has improved at Lille is his movement. That was evident from the goal he scored against Caen earlier this month.

When Pépé received the ball and turned, the 19-year-old instantly reacted and broke behind the home side's defence. Pépé spotted the run and slid an excellent through pass between the centre-backs. 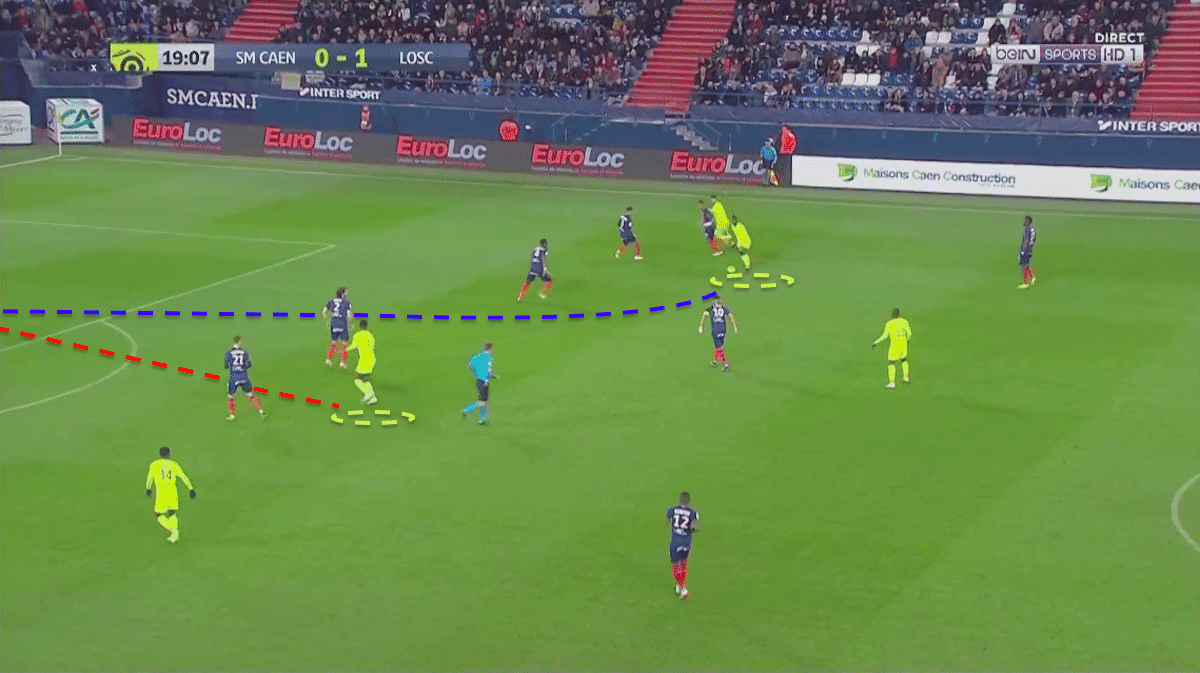 Leão's pace allowed him to reach the ball before the onrushing Brice Samba. He then displayed composure to round the Caen goalkeeper and finish comfortably. 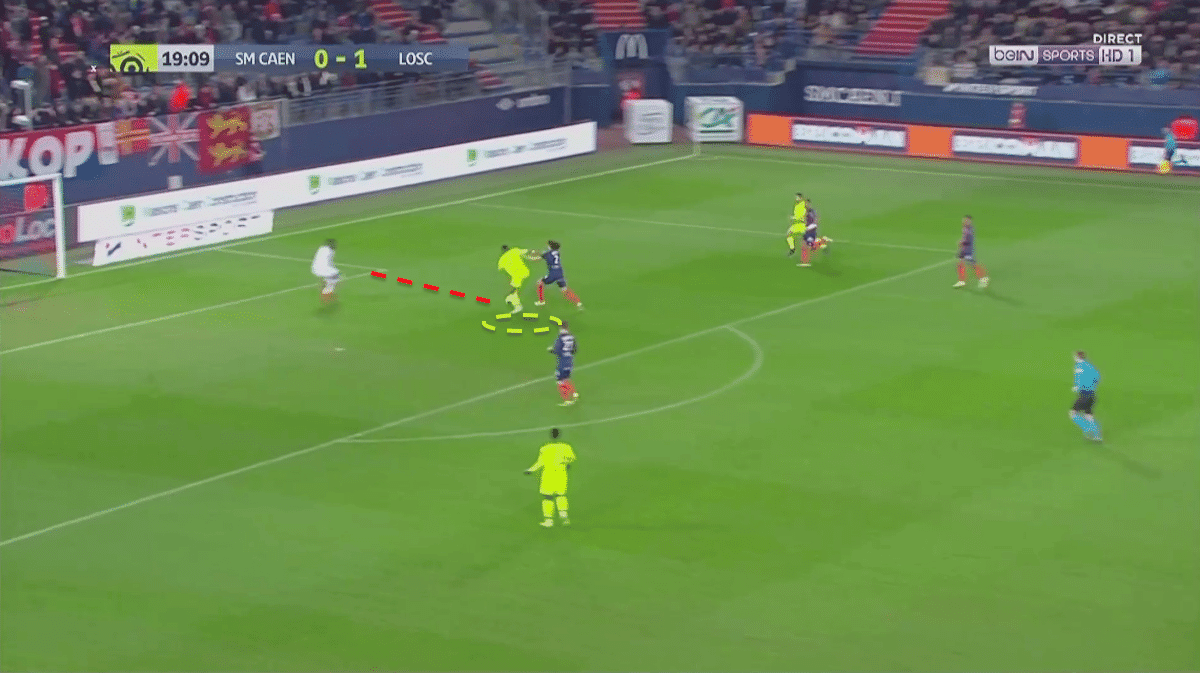 Without Leão's sharp, intelligent movement, the goal doesn't happen. And that coupled with his instinct in the penalty area make the teenager a dangerous proposition.

In Ligue 1 this term, he has struck five goals; all have come inside the 18-yard box. However, these haven't been simple tap-ins. Instead, he has displayed a clinical edge which is why he has hugely outperformed his expected goals of 2.53.

Calls for a maiden Portugal call-up are beginning to grow. Tiago Fernandes says it's only a matter of time, and in the process added a little bit more pressure onto the young man's shoulders.

“For me, he's the best Portuguese striker after Cristiano Ronaldo.”