Though they may lack the riches and pulling power of the likes of Juventus, AC Milan, Roma and Inter, Atalanta possess arguably the most productive youth academy in Italy at present.

In recent seasons, Roberto Gagliardini and Franck Kessié have all come through La Dea‘s ranks, establishing themselves at first-team level before then being sold on to one of Serie A's traditional super-powers for huge financial game.

The latest prospect to roll off the Atalanta production line is 20-year-old striker Musa Barrow.

Unlike the aforementioned names to have graduated through Atalanta's academy, though, Barrow has come a long way to get to earn his opportunity.

Born in Gambia, the young striker joined the Bergamo outfit in 2016. Hailing from a nation whose most notable footballing export to date is former England youth international and Championship Manager legend Cherno Samba, Barrow is on course to become his country's most famous player.

An early hit in Atalanta's youth ranks, the teenage Barrow scored 12 goals in 15 games for the club's Primavera side in 2016/17, before then bagging an incredible 26 goals and providing seven assists from just 20 appearances the season after, earning promotion to Gian Piero Gasperini's senior squad last year.

A senior debut arrived in January 2018, coming off the bench in a losing effort against Juventus in the Coppa Italia. Despite the defeat, Barrow showed enough in the fleeting outing and in training sessions with the first team to earn a total of 14 appearances before the end of the season, in which he scored three goals. 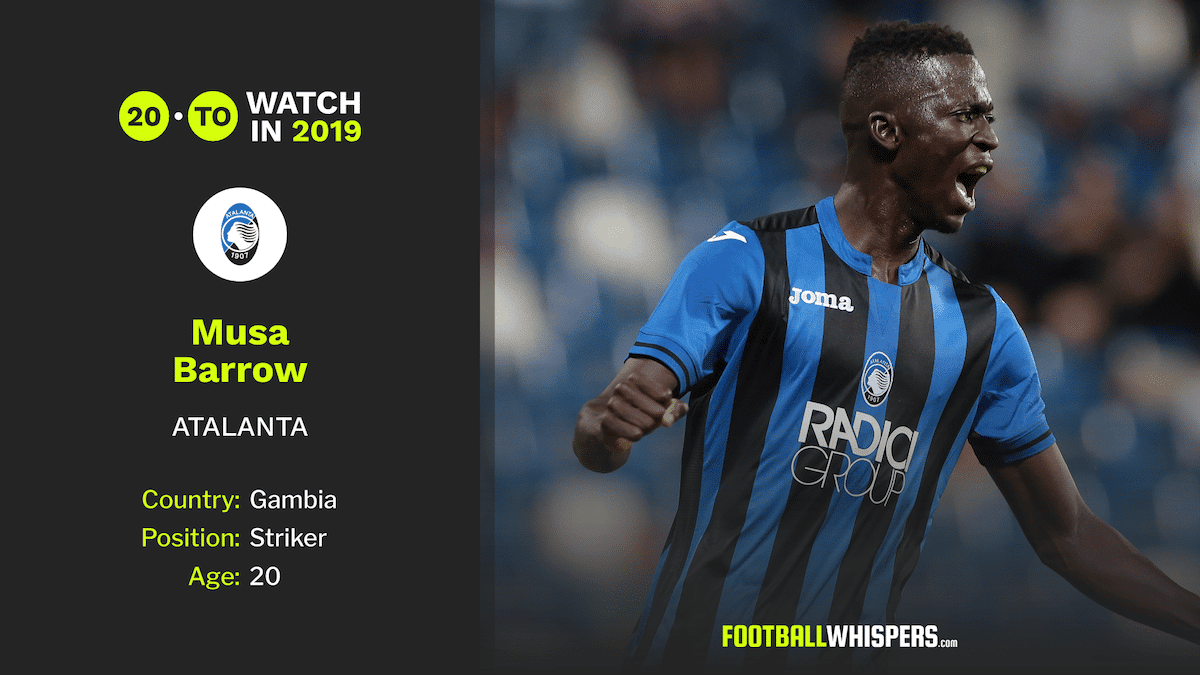 His first strike for the club came in a 3-0 victory over Benevento in May – a clinical, curling effort – beginning a run of three goals and an assist in the space of four games, notching against Torino and Lazio.

Knocking on the door of further first-team involvement, Barrow has found Serie A game time hard to come by this season but has made a significant impact in the Europe League, scoring four goals – including a hat-trick against FK Sarajevo – in six total appearances.

He has also broken onto the Gambian national team this term, too, with his pride in representing his country evidence of his humble and honest character.

“When I was a child I'd hoped the day would come when I would play for the Gambia national team,” Barrow said after making his senior international debut against Algeria in September. “I'm very happy to have worn the shirt of my country, in front of all of my family and many friends.

“There were so many people, more than we could hold in the stadium. I came on in the second half, and I'm happy, because there were many people there who wanted me to play.”

Whether starting from the left or in his natural position as a central striker, Barrow's pace and intelligent movement makes him a difficult man for opposition defenders to cope with.

He is equally capable of bursting away from his marker and into space in behind the defence as he is checking his forward progress to create room for himself within the final third.

And when in front of goal, he is precise and able to call upon a wide range of finishing techniques, from improvised toe-pokes to aesthetic curling strikes.

The full range of Barrow's attacking arsenal was on show in his goal against Hertha Berlin in a pre-season friendly last June. 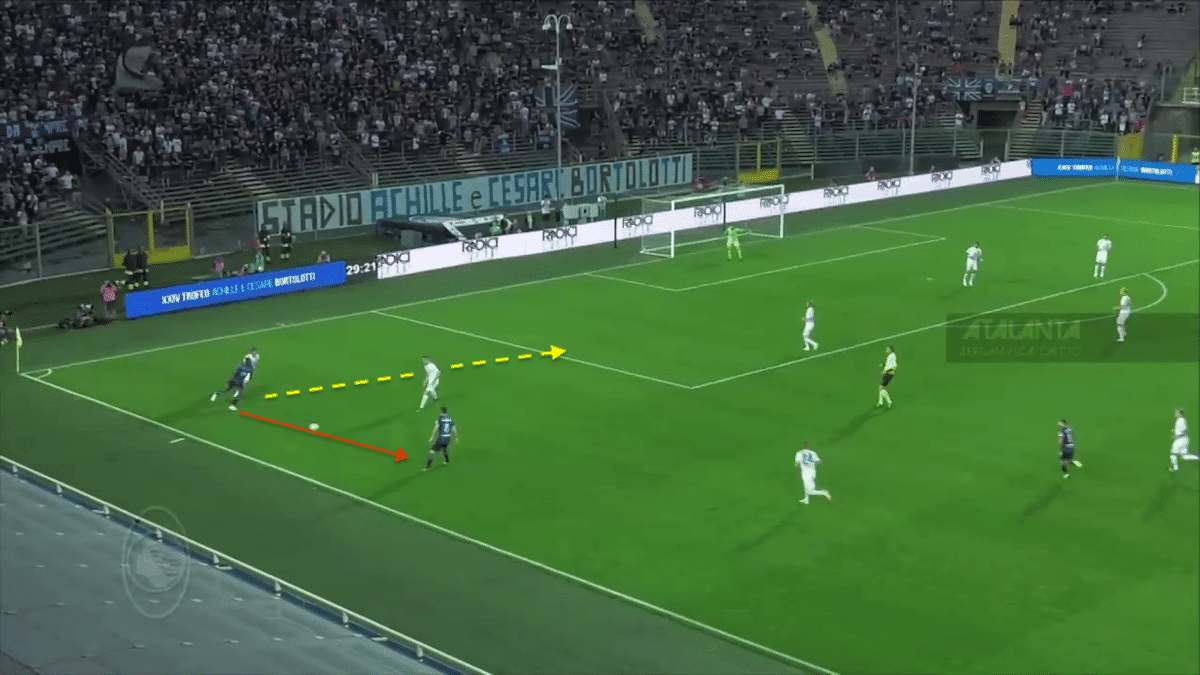 Picking up the ball in space wide on the left flank, the youngster lays it back to a supporting team-mate before making a run inside. 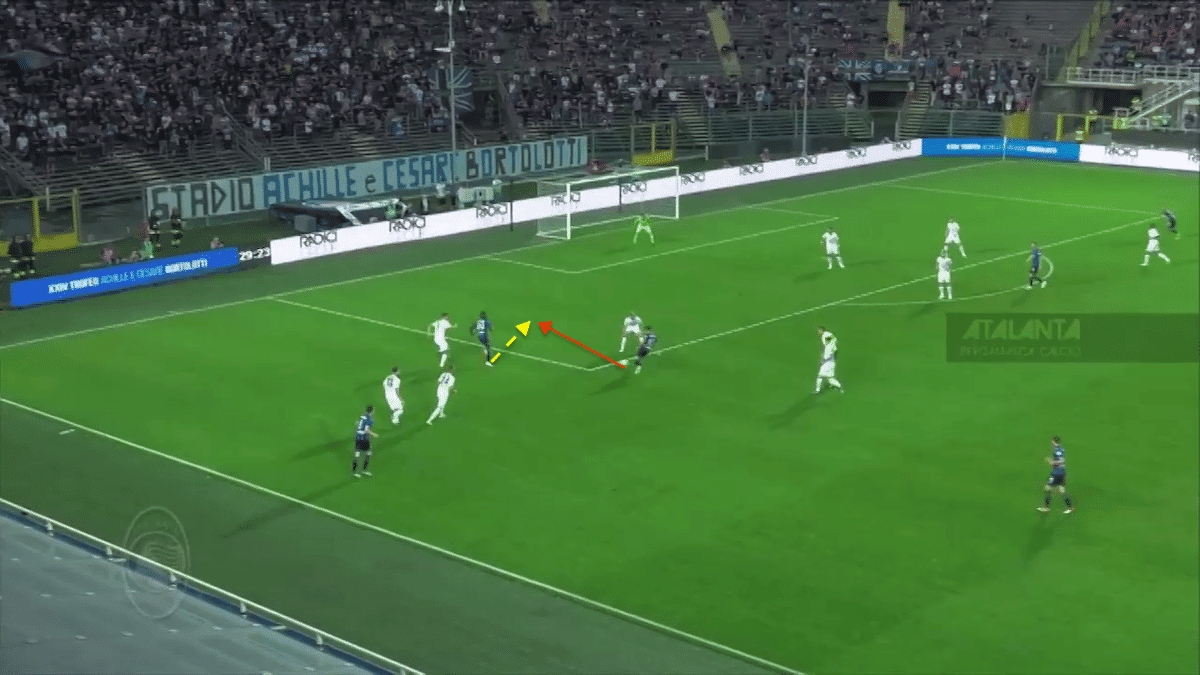 As Atalanta progress the ball centrally, Barrow continues his run and is picked out as he moves into the Hertha penalty area. 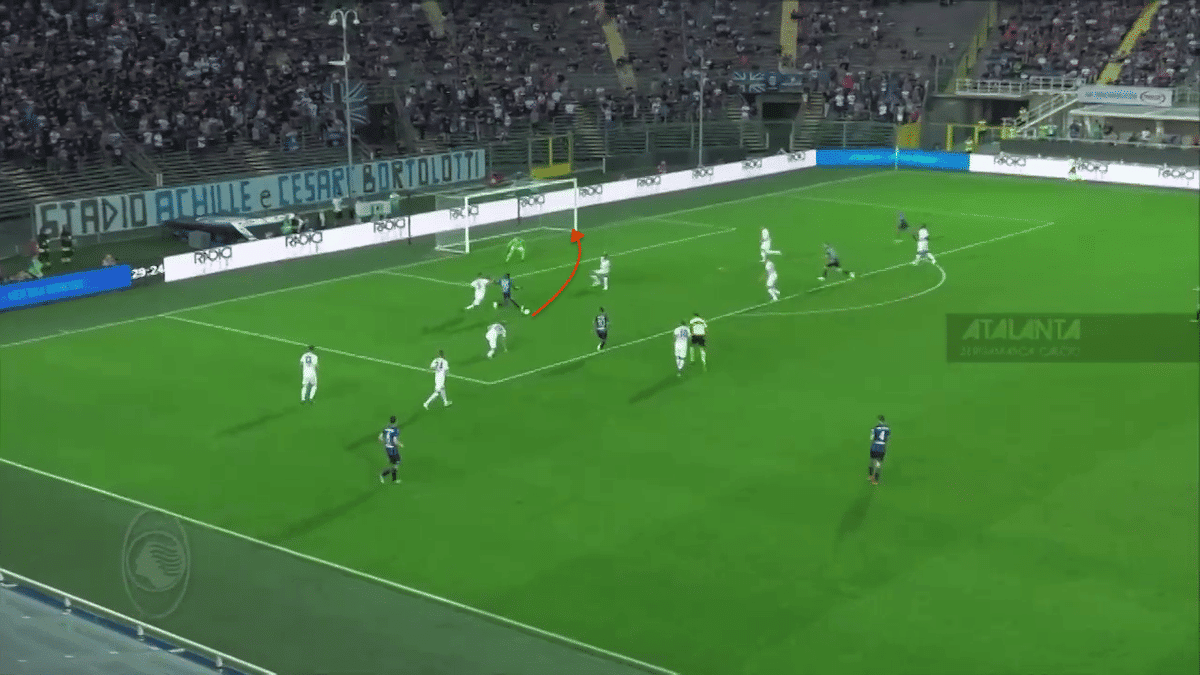 Having escaped the attention of the German side's backline, he finishes with aplomb, unerringly picking out the bottom corner of the net.

It appears Barrow is a student of the game, too, speaking of opponents with awe and admiration and noting traits in other he can learn from.

Ahead of his first start for Atalanta last season, against Inter, he said of the Nerazzurri‘s prolific captain: “[Mauro] Icardi, without a doubt, is the player I most fear for Saturday’s challenge. Maybe [he does] not touch the ball for a while and when you least expect it, [he scores] a goal.”

With time and experience, Barrow will refine his game further and find the level of consistency required of a player at the very highest level.

The raw ingredients are there, though, and Barrow appears to have the humility and intelligence to seek the necessary improvements.