When we at Football Whispers drew up our list of the 20 young players to watch in 2019, one of the main criteria for inclusion was they couldn't already be a bonafide star. They needed to have something to prove; a league to conquer.

But special players require special circumstance and 19-year-old Kai Havertz is a very, very special player. And don't just take our word for it.

“What he brings to the pitch in terms of play-making, technique and mentality is tremendous,” echoed Leverkusen team-mate Julian Brandt. “He’s so talented he has the right stuff to become a world star.”

And Die Werkself sporting director Rudi Völler said in 2017 when Havertz signed his first professional contract: “Kai has exceptional abilities and is already blessed with a footballing maturity that sets him apart from other players of his age.”

Havertz is, undoubtedly, on the path to becoming one of the finest players in Europe. And it is highly likely that in the next year he makes the jump to one of the elite; Liverpool, Barcelona, Real Madrid and Bayern Munich have all been credited with having an interest in the midfielder.

When he does, such a move will not affect Havertz, who doesn't turn 20 years old until the summer. From the moment he broke into the Bayer side at 17 – becoming the youngest Bundesliga debutant in the process – one of the attributes that put Havertz far above many of his peers was his temperament.

Very little fazes him on the pitch, and that is down to his upbringing.

“I've always been brought up to keep my feet on the ground,” he said in May 2018. “I learned from my parents that arrogance is not a desirable quality. Why should a footballer be any different to anybody else? We are normal guys, just like most people.

“And besides, I haven't achieved anything yet. Football is about winning titles, and I haven't done that since turning pro.”

Clinching major honours is unlikely to happen with Leverkusen, who sit tenth in the Bundesliga at the time of writing and haven't won a trophy since their DFB-Pokal success in 1993.

It's what makes a big move in 2019 likely. Havertz has elevated his game once more this season and will, to be fairly blunt, outgrow Die Werkself. The same could be said for Brandt and Leon Bailey, although the long-time Chelsea transfer target has struggled this season.

A gifted left-footed playmaker, who is predominantly utilised as a No.10 but can also play as an eight or a six, Havertz has been compared to three German midfield greats; Michael Ballack, Toni Kroos and Mesut Özil.

Of course, the skillsets of that trio were wildly different. Ballack was a box-to-box goalscorer, Kross a midfield conductor and Özil a schemer in the final third. Put all that into one player and they'll be something special, right? Well, that's Havertz.

So let's start with Havertz the creator.

The below is taken from Bayer's pulsating 4-4 draw against Hanover last season. 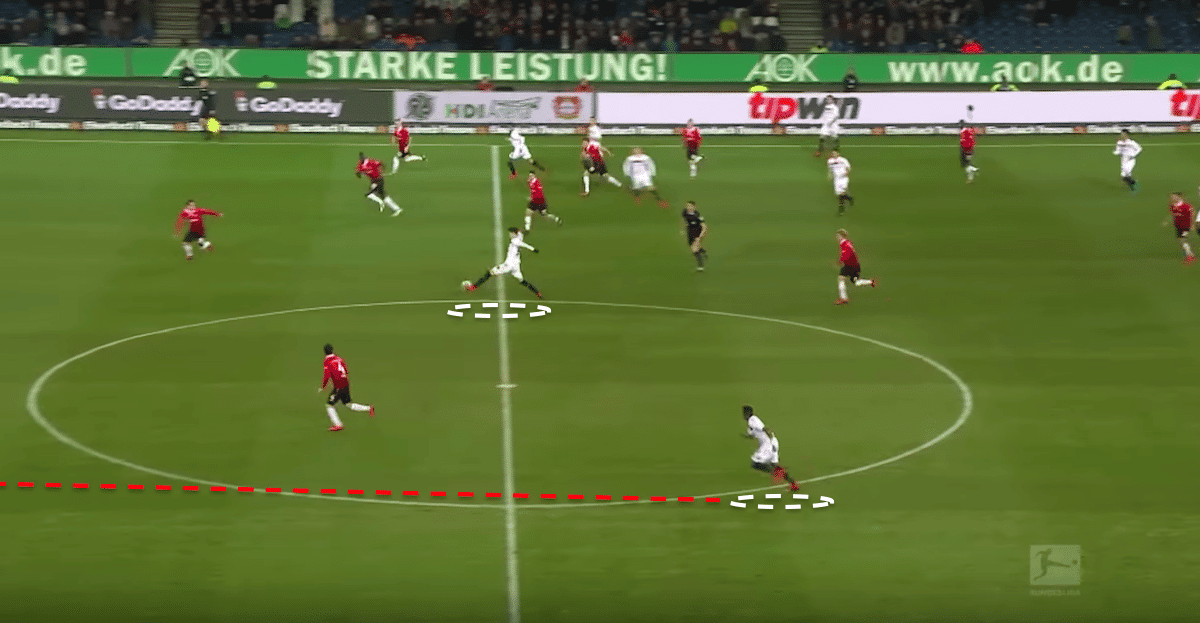 Havertz, circled in the centre, has collected a pass and has the time and space to assess his options. 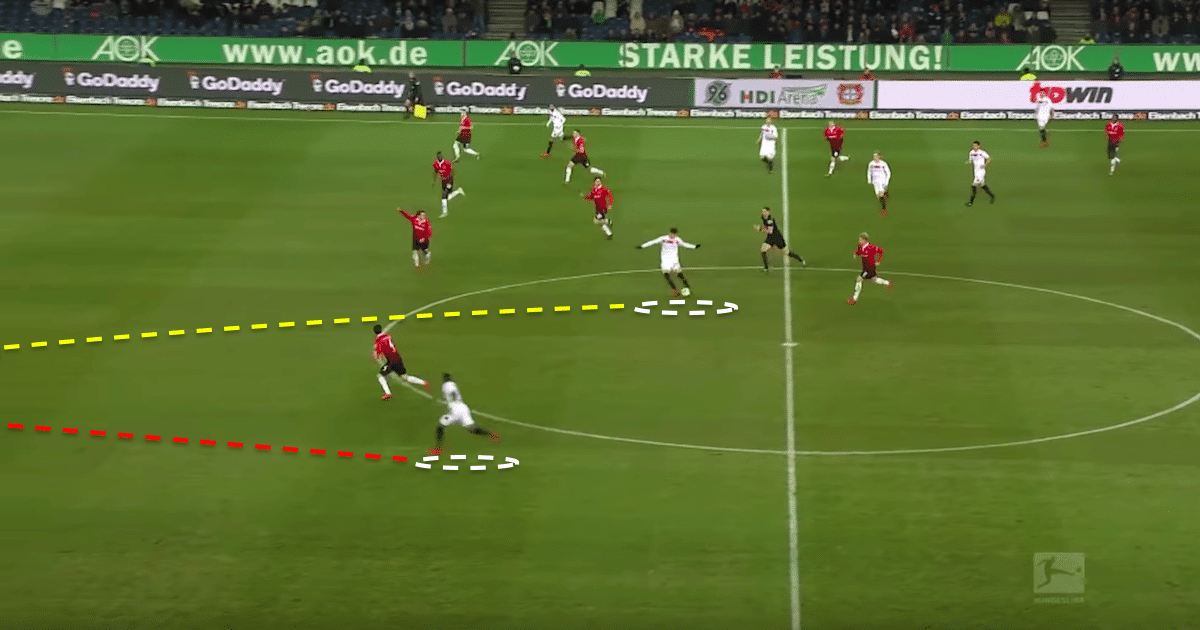 Bailey doesn't wait. He bursts forward and trusts his precocious team-mate to see the run. Havertz obliges. He slides his pass between the centre-back and full-back, the Jamaican races through on goal and finishes comfortably.

Now meet Havertz the goalscorer; a string to his bow the midfielder has added this season. In the Bundesliga, he has scored six goals this term – already his best return in the German top flight – and has added a further three in the Europa League.

“Before this season started I’d made up my mind to be more dangerous in front of goal,” he told the Bundesliga's official website in December. “It's what was missing in my game.”

Havertz has, partly, achieved this by adopting the maxim of Cristiano Ronaldo and Harry Kane: the more you shoot, the more you score.

This season he is averaging 2.44 scoring attempts per 90 in the Bundesliga, a vast increase on 1.59 last season. And that's highlighted in his Football Whispers‘ player persona.

There is also a greater desire from Havertz to get into the penalty box and score goals. And that is clear from the increase in his touches in the opponent's area, which has risen to 3.23 times per 90 compared to 2.98.

An example of this was his winner against Mainz earlier in the campaign. When the ball is played out wide, the teenager's first reaction is to move into the 18-yard box. 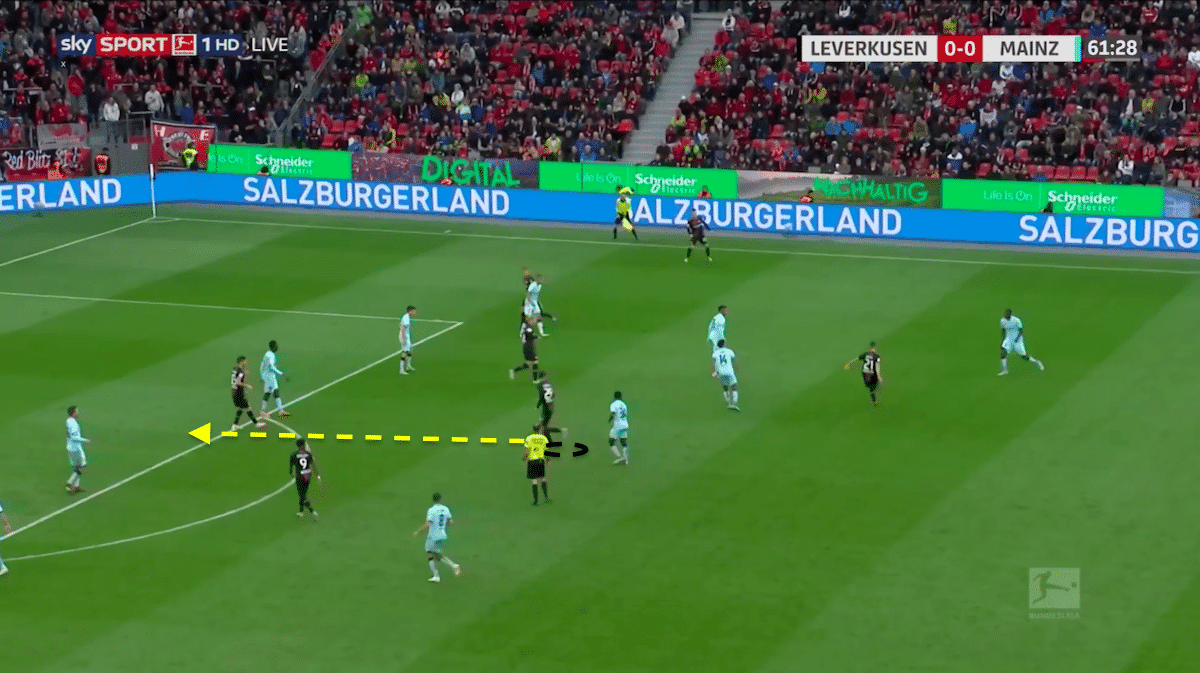 The cross doesn't initially come in and Bayer have to build again. Havertz, though, is constantly moving around the penalty area, ready for a pass.

It doesn't arrive and instead Leverkusen work the ball back out wide and Havertz again reacts. He spots the space behind the centre-backs and bursts into it. 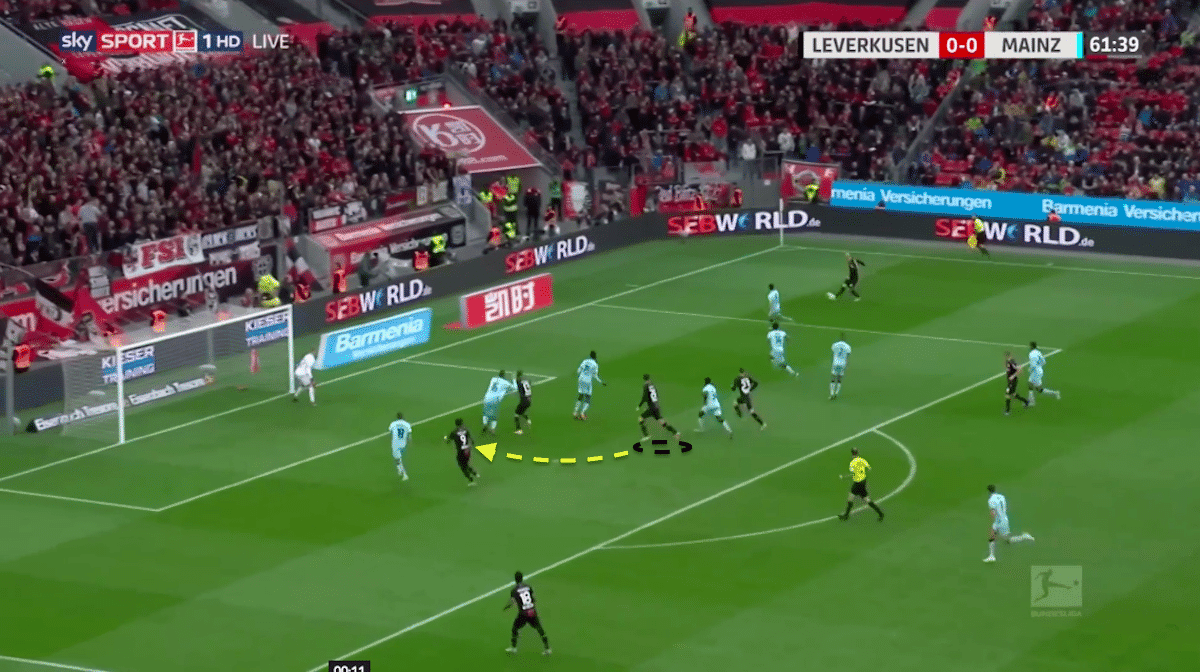 The cross is perfectly weighted and Havertz's run is timed excellently. He is left unmarked, six yards out with the goal at his mercy. He doesn't miss and Leverkusen go on to clinch a 1-0 win. 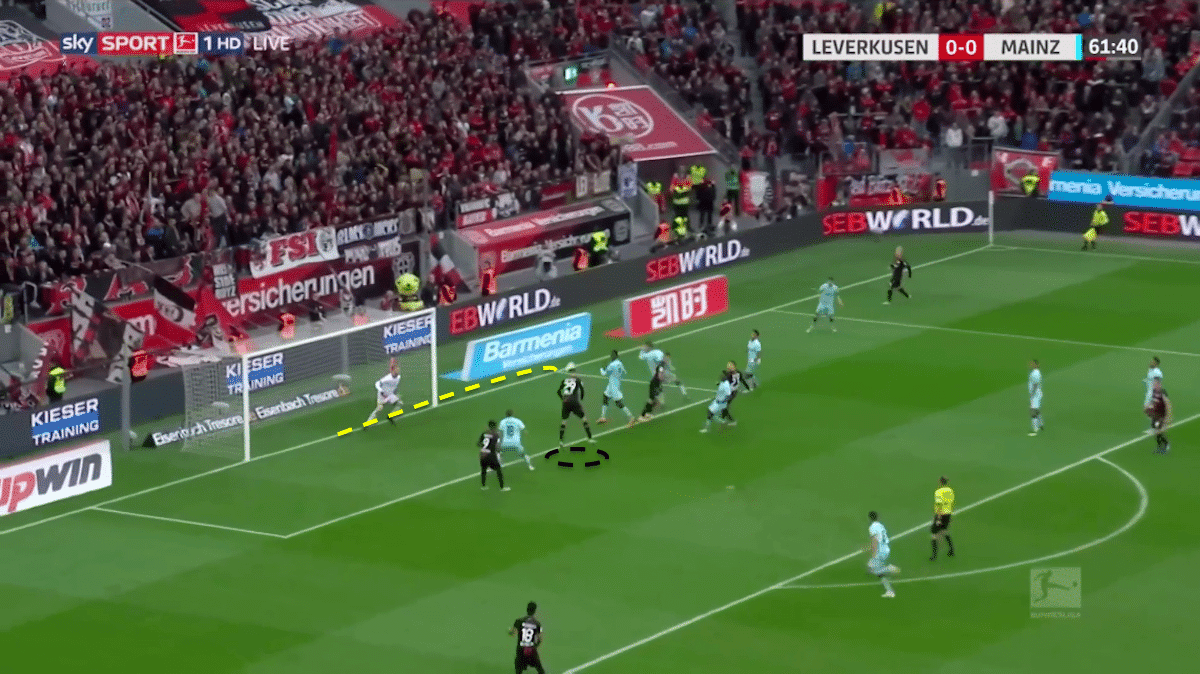 And finally, Havertz the midfield conductor. Deployed as a No.10, it would be easy for the 19-year-old to drift in and out of games, much in the fashion Özil has done at Arsenal over the years.

Yet Havertz, who became the youngest player to make 50 Bundesliga appearances, is constantly involved when Leverkusen have the ball.

He drops deep to collect possession and moves it on; it's why only seven midfielders have played more accurate passes in the Bundesliga this season.

Since breaking into the Bayer first-team at 17, Havertz, who during his first season in the team balanced Bundesliga football with school work, has made constant leaps in his development. The next, however, is likely to take him away from the club.

“He's only 19, he's got his whole career ahead of him,” Völler said this month. “We want to have some fun with the boy… Kai knows what he has with us.”

That may be so, but Havertz is a player destined for the very top and unfortunately, Bayer can't offer him the platform to reach it. Plenty of other clubs can, though, which is why it's only a matter of time until the midfielder moves on.