If Federico Dimarco ever manages to establish himself as a first-team regular at Internazionale, he'll have taken the long road to get there.

Born in Milan, the now-21-year-old left-back has been on the Nerazzuri‘s books since he was just seven years old and has been regarded as one of the finest defensive prospects in Italy for some time, having made his senior debut as a 17-year-old way back in December 2014.

But Dimarco is now in the middle of his third loan spell away from the club, and was even sold by Inter at one stage, only for the 18-time Italian champions to have a change of heart and re-sign him a year later.

Inter's wavering faith in the young full-back should not be seen as an indictment of his ability, though; rather it reflects the undulating fortunes and inconsistency of decision-making at a club still fighting to work its way back to former glories.

An Italy youth international at every level from under-15 to under-21, Dimarco, currently on loan with Serie A returnees Parma, is a top prospect whose development might have been more advanced were it not for injuries holding him back. 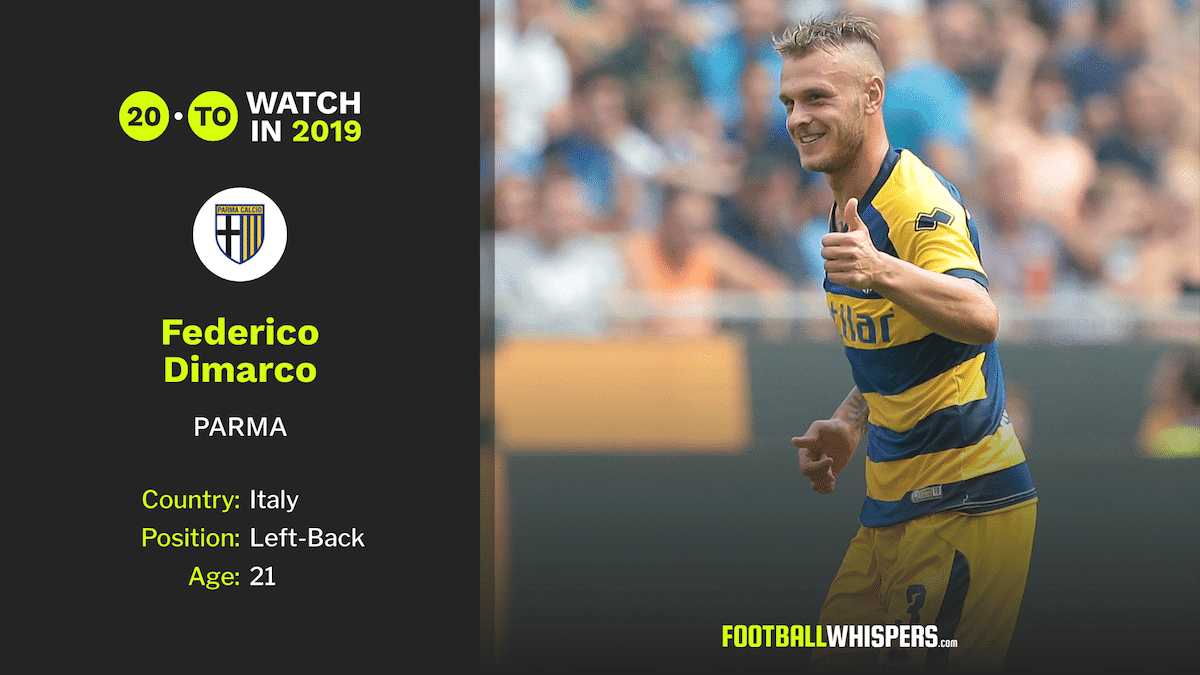 Indeed, he is currently sidelined, with a groin injury which required surgery limiting his Serie A involvement to just four appearances so far this season.

Yet, even though his game time amounts to just 192 minutes, Dimarco has already made his mark in the Italian top flight this season, and against his parent club, no less.

In just his second league outing of the campaign, the youngster scored a spectacular goal against Inter at the San Siro, earning Parma an unlikely 1-0 win and reminding the Milanese giants of his ability. 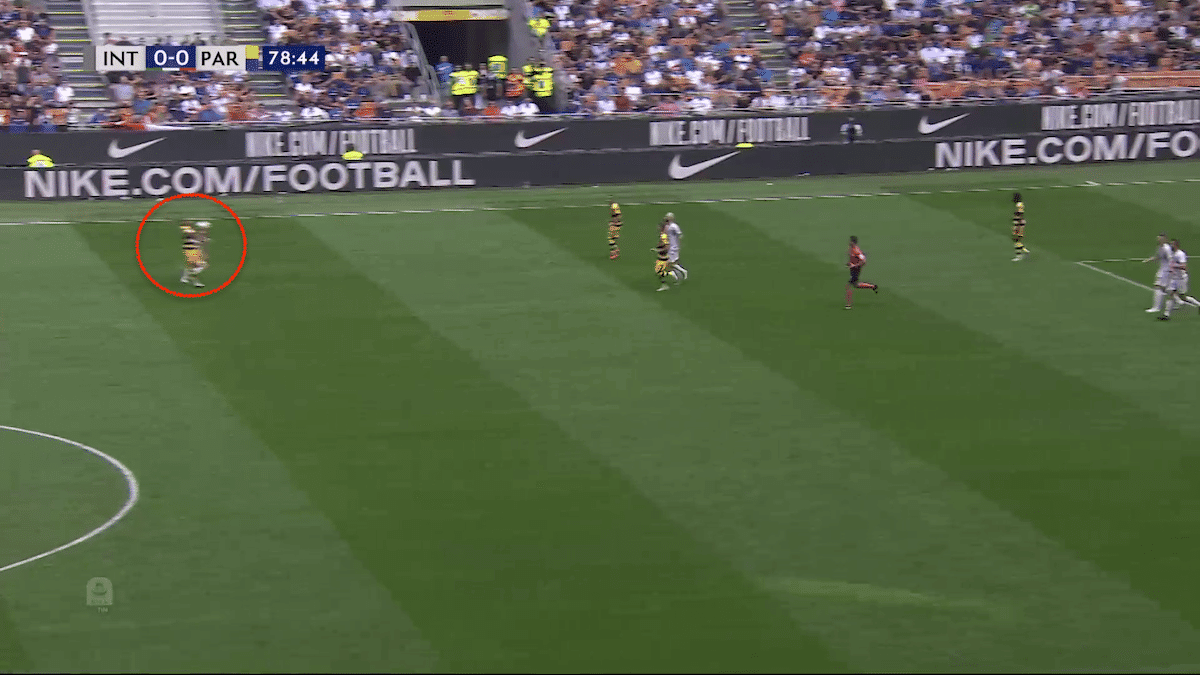 Chesting down a lofted clearance, Dimarco immediately looks to drive into the space that has opened up centrally on the edge of the attacking third. 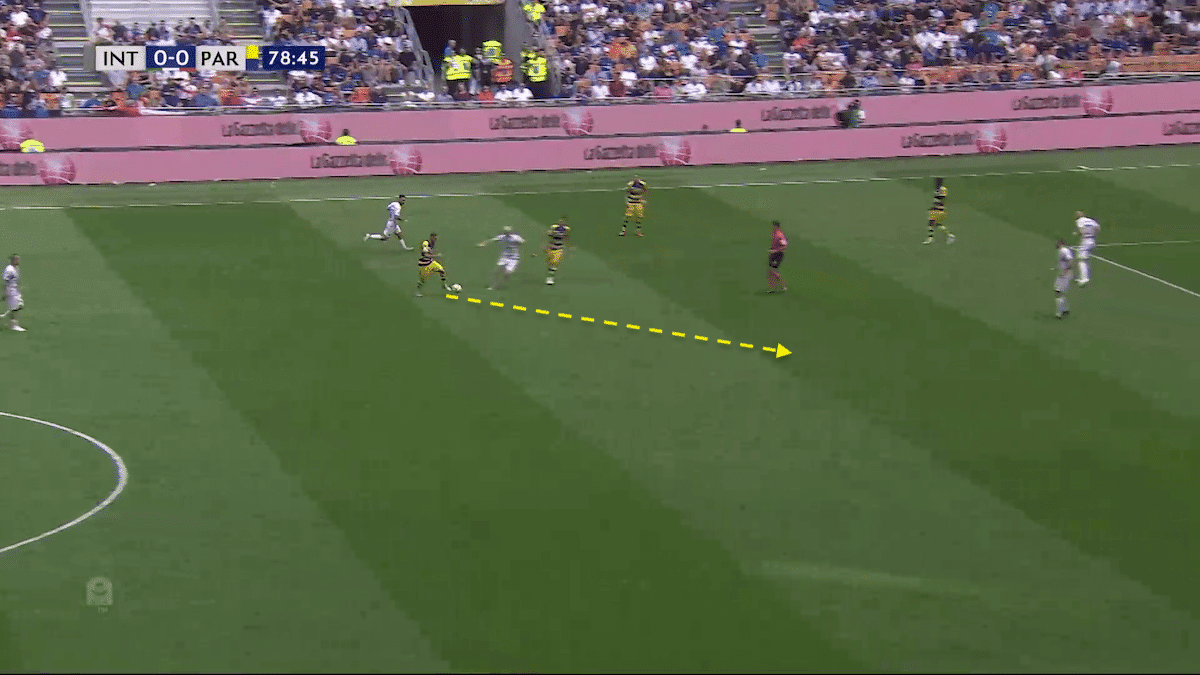 Showing impressive pace and close control, the full-back bursts away from a challenge and determinedly continues on his beeline for goal. 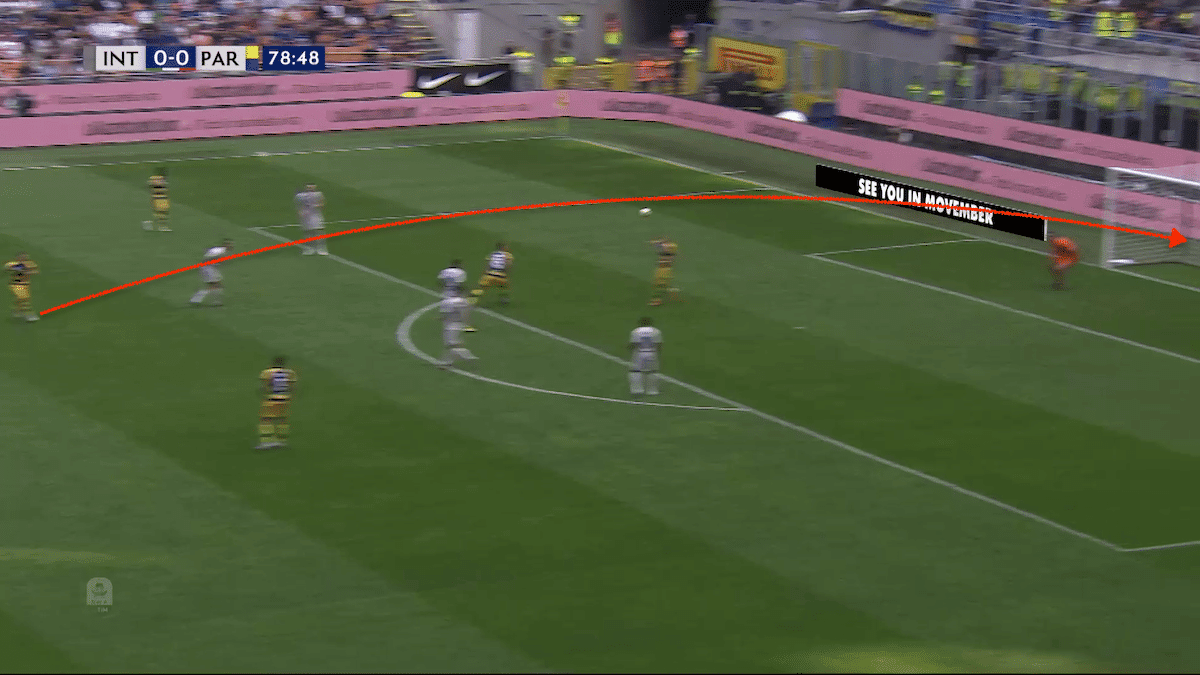 Then, from 30 yards out, Dimarco stuns the home crowd to silence with a looping, swirling effort which renders Inter goalkeeper Samir Handanovič – arguably the best custodian in Serie A – a mere spectator as the Parma man's shot creeps inside the far post.

The strike recalled images of the long-range-shooting exploits of another former Inter left-back, Roberto Carlos, but Dimarco humbly shot down any notion of his effort being comparable to the rocket-footed Brazilian's wonder-goals.

“Let us not exaggerate with our comparisons now, even if it was a nice goal,” he said. “I am sorry to have done this against Inter, since I am an Inter player, but these things happen. I do not know if this is destiny.”

Even before his goal against Inter, though, Dimarco's technical ability was known to be his biggest weapon, with his whipped crosses from the left seeing him contribute 1.41 open-play key passes per 90 this season. And, somewhat of a set-piece specialist, his four goals at the 2016 European Under-19 Championship, in which Italy were beaten finalists, came via three penalties and a free-kick.

Defensively, despite standing just 5ft 81⁄2ins, Dimarco is solid, averaging 1.41 tackles and 2.34 interceptions per 90 this season. He is brave in aerial challenges, unafraid of a clattering from a taller opponent, and a fine one-v-one defender when faced with a tricky winger.

With still just one Serie A appearance under his belt for Inter, Dimarco was loaned to Ascoli in Serie B and then Empoli in the top flight, before being sold to Swiss side Sion in the summer of 2017 for €3.91million.

Inter exercised their €7million buyback option to return the defender to the San Siro in August last year, but immediately loaned him to Parma, so the 21-year-old can be forgiven for feeling as though in a state of flux.

“Right now I only think about Parma, if the club considers me an Inter player I will return to Inter otherwise I will try to find another team,” he said earlier this season.”Now we will enjoy this victory and then start to think about the next game.”

If Dimarco's future lies away from the Nerazzuri, though, Inter's loss could be Parma's gain in the long run, as the resurgent favourites of '90s calcio reportedly hold a an option to buy the gifted young full-back this summer.