The latest update for Football Manager 2021, known as the Winter Update, fixed some bugs and known issues, stopped the long throw exploit and tweaked a number of player's statistics, and it is this last section we will be focussing on today. The guys at FM21 have kindly produced a list of the top 12 most improved players in the Winter Update, a list we will be sharing with you right now.

Described by the guys at FM21 as a one-man goalscoring marvel, 16-year-old Youssoufa Moukoko plays for Borussia Dortmund and has already represented Germany at U20 level. This kid has a bright future in the game and could end up being the perfect replacement for Erling Haaland, so make sure you sign him if you can. Teammates Giovanni Reyna and Mateu Morey were also improved in the latest database.

Barnes has been in great form for Leicester City this season and with the club on the brink of qualifying for the Champions League, it's no wonder the England international has been upgraded. Barnes has netted 13-goals in all competitions for the Foxes this season and made his England debut in October. Teammates James Justin and Luke Thomas have also received stat improvements.

This 20-year-old defender much in the mould of Lilian Thuram is a big physical right-back with lots of pace and power, who will likely settle at centre-back in a few years time. Singo has been impressive for Torino this season, despite the club struggling in Serie A. Singo has everything going for him and it is believed that Liverpool tried and failed to sign the youngster earlier this season.

Another wonderkid and another prospect from the Leverkusen academy, Florian Wirtz is hoping to follow in the footsteps of Kai Havertz. The 17-year-old has been a prominent part of the Bayer Leverkusen first-team this season, chipping in with 7-goals in all competitions, so it is hardly surprising to see the German teenager getting a revamp. Teammates Moussa Diaby and Daley Sinkgraven also had their stats upgraded.

This 26-year-old Greek striker has been unbelievable in the Eredivisie this season, but not for one of the ‘big' clubs. The VVV striker has scored 24-goals in 25 league games and scouts from all over the world have come to the Netherlands to run the rule over this mysterious forward. Giakoumakis had only reached double figures in one league campaign prior to his move to VVV, back in 2016/17 when playing for Platanias in Greece.

Bamba has been at the forefront of the majority of things Lille have done positively this season and is certainly a big part of the reason that they are challenging for the Ligue 1 title. Bamba, 25, plays on the wing for Lille and has been scoring goals as well as creating them on a regular basis. The Frenchman has been linked with moves away from Lille and will surely be the subject of a bidding war in the summer. 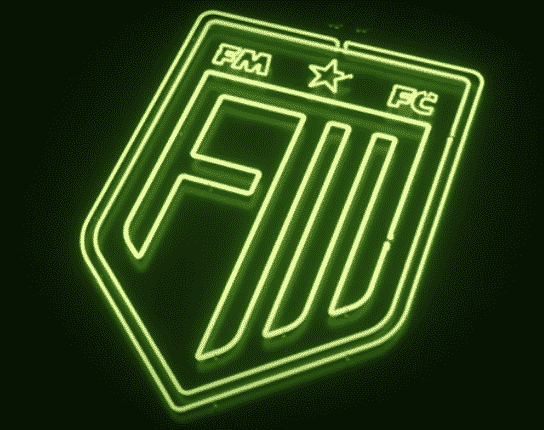 Southampton's 6'6″ centre-back didn't have the best of starts to life in the Premier League but has adapted to become a real leader in the Saints squad as well as a big threat from set-pieces. Due to the style of football Southampton play, Vestergaard has improved with his feet and this has been noted in the Winter Update. Teammates James Ward-Prowse, Danny Ings and Alex McCarthy have also received improvements to their stats.

Kaba made his name at Elche but failed to live up to the hype in Ligue 1 when he made the move to Dijon. However, the Guinea international striker has rediscovered his form at the Danish side Midtjylland and the 6'3″ powerhouse has had his stats improved so much that he is now one to look out for in FM21.

Villar has run the Roma midfield this season, his first for the club, and at the age of 23 he is developing into one of the leading defensive midfielders in European football. Teammate Tommaso Milanese, the teenage sensation, also received a major update, so Roma are looking like a great team to start a save with right now.

This young striker may have a future in the Premier League is he continues to develop as he has. Jephcott has netted 16-goals in 22 league games for Plymouth Argyle this season, as well as a few in the FA Cup. Jephcott looks more like a target man on FM21 but his preferred role is as a poacher, either ay it is certainly handy to have a player that can play both roles and guarantee goals.

This Monaco midfielder has been in impressive form this season and his energy in the centre of the park has certainly contributed to Monaco's push for a return to European football next season. Teammates, Geubbels, Diop, German and Volland have also been upgraded during the winter update.

Faivre has been linked strongly with a move to the Premier League this summer, with Arsenal very keen on bringing the creative midfielder into the club. despite being highly rate, Faivre was allowed to leave Monaco for Brest on a permanent deal and since then he has been on a mission to prove his former employers wrong, which he did when he scored the winner against them earlier in the season. Faivre is now one of the most wanted midfielders in Europe and will surely leave Brest in the summer for a big fee, he's got goals in him as well as assists, a lethal combination.