UEFA has postponed this year's European Championships. It is now scheduled to be played next summer but, with the help of Football Manager 2020, we've been able to see what might've happened to England had the tournament gone ahead.

Gareth Southgate made a big call to include West Bromwich Albion goalkeeper Sam Johnstone in his England squad along with Chelsea youngster Mason Mount.

Fikayo Tomori god the nod alongside Joe Gomez at centre-back after an impressive season at Stamford Bridge, while Harry Maguire and John Stones had to settle for places on the bench alongside Phil Jones. Yes, the Manchester United centre-back. Football Manager is famed for its realism but not on this one!

Southgate put his faith in Tammy Abraham, too, but Jadon Sancho wasn't included in the squad. Had this happened in real life, it would've sent shockwaves across the nation.

The Three Lions got off to a fantastic start, running riot in a 4-0 victory over Sweden. But their bubble burst in the next game, a shocking 2-0 loss to Greece. The 3-0 win against Norway ensured their progress into the next round, setting up a tie against the Republic of Ireland.

Harry Kane scored what turned out to be the winner from the penalty spot, one of the five goals he bagged on his way to another Golden Boot. The Tottenham Hotspur forward also bagged doubles against Sweden and Norway.

Southgate's side faced Wales in the quarter-final and needed two goals in the final three minutes to guarantee progress. Raheem Sterling, Marcus Rashford and Abraham got on the scoresheet to set up another semi-final tie against Croatia.

It was an opportunity for the players to get revenge for their 2018 World Cup defeat in Russia. Once more, it wasn't to be. 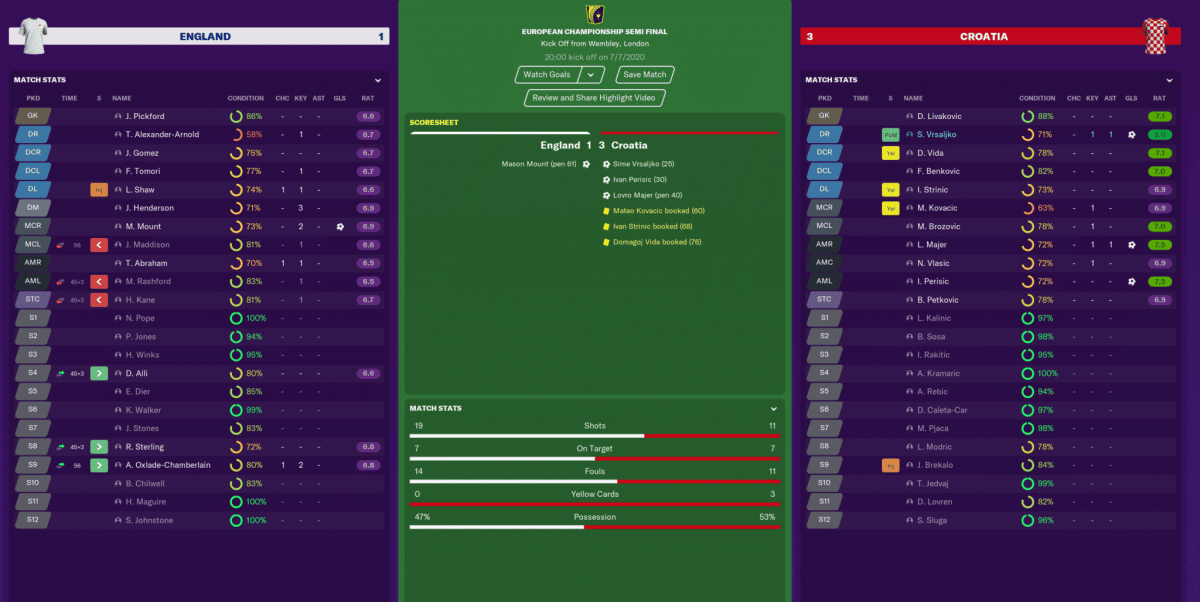 Croatia scored three quickfire goals between the 25th and 40th minutes to kill the game off. Mount netted a penalty with 30 minutes left to play but the fightback was far from stirring. However, when you look at the team Southgate picked, it's easy to understand why they eventually failed. 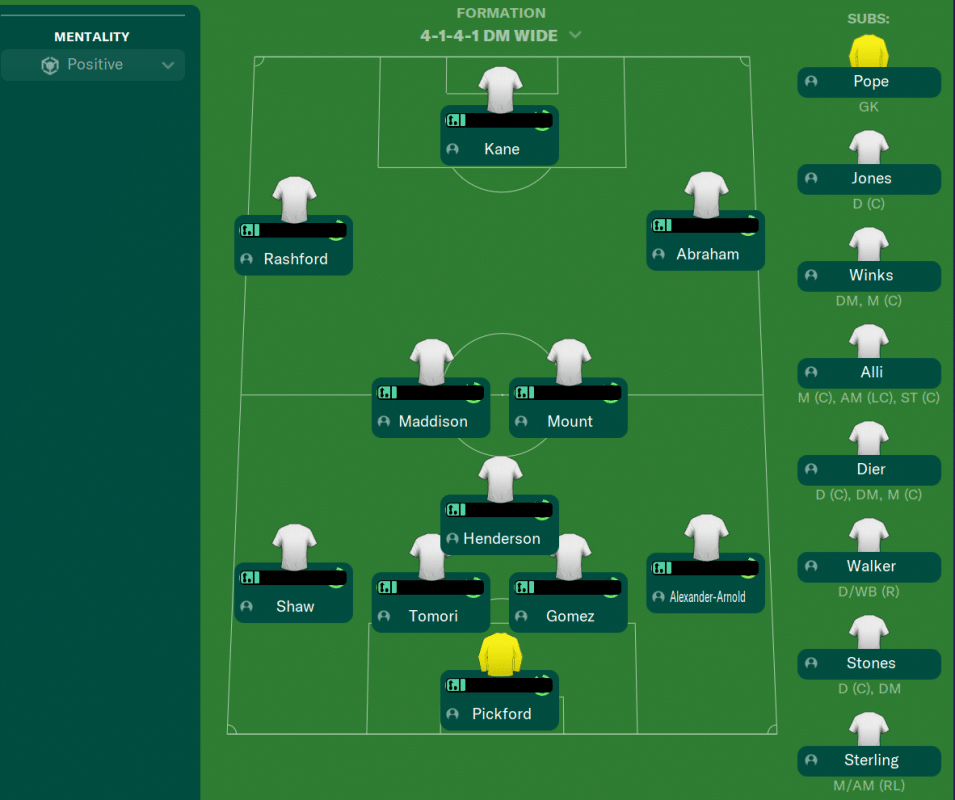 Abraham at right-wing. Yes, 6ft 3ins striker Abraham is playing as a winger with Raheem Sterling on the bench and Sancho watching from home – perhaps the biggest crime of all in this Football Manager parallel universe.

The midfield doesn't look balanced, either. James Maddison and Mount are attacking midfielders while Jordan Henderson can't be expected to be a one-man midfield.

With a few subtle tweaks, this squad could have won the 2020 European Championships. Instead, it was Croatia lifting the trophy having claimed a 1-0 win over Spain in the final.

And what of Southgate? Football Manager or not, he's doomed to be the subject of tabloid ridicule once more.