Premiership Rugby’s recent decision to dock Saracens 35-points and issue a £5.36m fine for breaching salary cap rules sent shockwaves around the world of sport, and its impact is starting to reverberate around football’s corridors of power.

The EFL are the latest organisation to take note of Rugby Union’s robust enforcement of their rules and regulations, with reports suggesting that the introduction of a salary cap in the Championship, League One and League Two is now under consideration.

UEFA’s struggle to enforce Financial Fair Play (FFP) has been well documented, so it is perhaps no surprise that there has been scepticism around whether it would be possible to make football clubs adhere to a fixed cap – until now.

Punishments for salary cap breaches have traditionally been notably lenient in both of Rugby’s codes.

Rugby League side Wigan Warriors had a two-point deduction suspended on appeal after overspending on wages in 2017, and their £5,000 fine was never likely to deter other clubs from flouting the rules.

The juxtaposition between those punishments and the recent drastic action taken in Rugby Union couldn’t be starker, and has made the EFL think twice about the enforceability of a salary cap.

After all, Saracens decided to accept their penalty without opting to appeal, so what is to stop the same scenario playing out if a similar situation arose in the Football League?

New EFL chairman Rick Parry has acknowledged the impact of Premiership Rugby’s actions on their thinking, but stopped short of confirming that the introduction of a cap is in the pipeline:

“I’ve heard clubs recently say maybe what we have is too complex and maybe we should concentrate on the issue we all concerned about, which is wage costs, and focus on something similar – but to say that’s the majority view or something that is likely to happen is way off the mark. It’s part of the debate.” 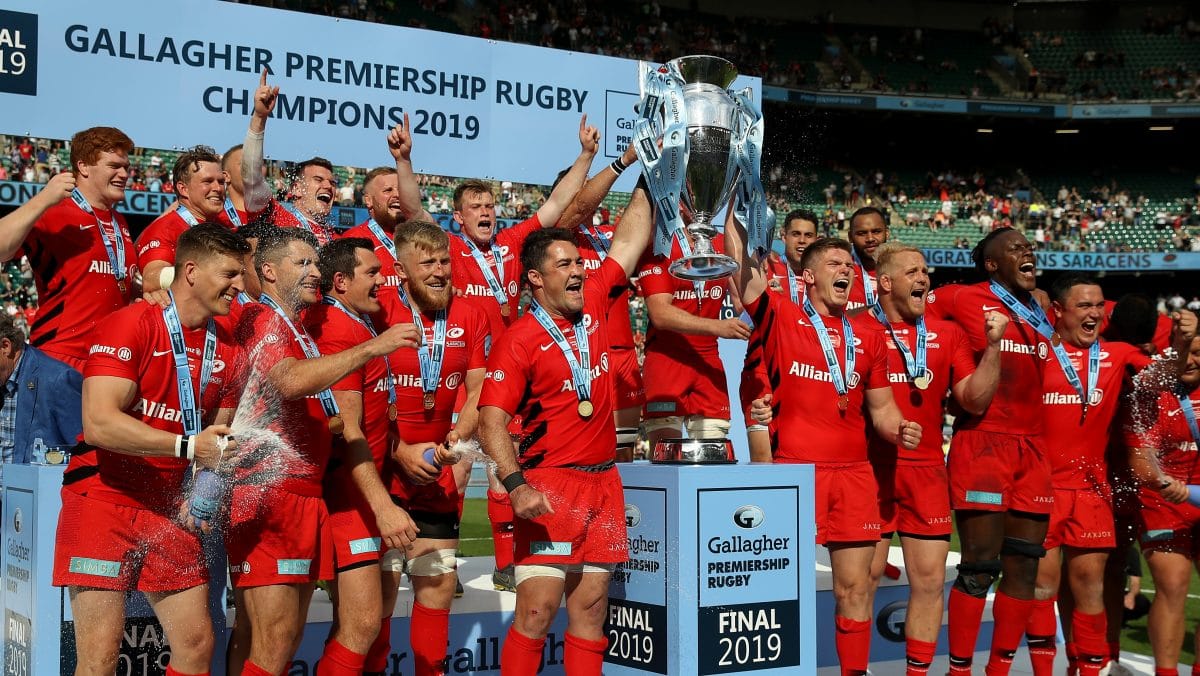 Parry is right to be cautious about the idea – despite the many merits of a fixed salary cap, stopping clubs from overspending may not be one of them.

If we take the regulations used by Rugby League’s Super League as an example of how such a system could operate (one that is slightly simpler than Premiership Rugby’s method), each club is permitted to spend up to £2million on wages a season, but must also adhere to a Club Sustainability Cap – this is unique to each team and is based on an operating budget that they submit to the league.

That is scrutinised by league officials and factors in everything from equity contributions to loans, insisting that clubs either break even or only make a slight loss.

In reality, the Club Sustainability Cap is not that different from the EFL’s current FFP rules, so has little value beyond the regulations already in place. But what of the league-wide salary cap?

The problem is that this is rarely set at a level that is affordable to the league’s smallest clubs, so does little to stop overly ambitious sides from spending beyond their means (if they could somehow sneak around the Club Sustainability Cap).

London Broncos – Super League’s smallest side in terms of support and budget in 2019 – didn’t reach the maximum £2million last season, because doing so would have represented an inappropriate level of spending.

But that means that the maximum cap had no value whatsoever when it came to keeping their wage costs in check.

If we were to imagine that this was in place in the EFL, it’s not hard to conjure up a potential example where the same situation could arise.

A fixed cap might curtail the outlay of big clubs like West Bromwich Albion or Leeds United, but it is unlikely to impact on the amount that Barnsley or Luton Town spend on wages – unless it is set at an incredibly low amount.

In essence, a league-wide cap may have no effect on teams overspending, because it is the stringent enforcement of a club-specific cap that really matters – something that the EFL already has in place with FFP.

The real benefit of setting a maximum spend would be to create greater parity between the teams in each division.

The Athletic has reported that – according to a coach at one club recently promoted to the Championship – Fulham’s Aleksandar Mitrović is being paid more than his side’s entire squad.

That financial discrepancy is a growing threat to the game and something that a cap could go some way to addressing.

Cutting the spending of the EFL’s biggest clubs would help to counteract the vast parachute payments being received by relegated Premier League sides, and would surely be a positive step forward for football outside the top flight.

But when it comes to overspending, a salary cap isn’t the magic wand that many people believe it to be.