Never before have either of these sides gone deeper than the second Champions League qualifying round. Here they can take the first step towards equalling that once more. Will either team grab a first leg advantage? Find out with our Fola Esch vs Lincoln Red Imps match preview with free tips, predictions and odds mentioned along the way.

Fola Esch vs Lincoln Red Imps: A trio of tips

Fola Esch vs Lincoln Red Imps is a tough game to call if we're being completely honest. The reason behind that is because their form and qualities are very similar. That said, we're tipping Lincoln Red Imps to win. Both teams have recorded four wins in their last five with Fola Esch suffering a solitary defeat and Lincoln Red Imps having one draw. So, why will Lincoln Red Imps sneak a win? They have that touch more quality in the final third; it will be crucial.

The first of the picks we've made has referenced the solid defences both teams boast. Despite that, we think they'll both find the back of the net in this match. Fola Esch haven't failed to score in a match since September 2020 whilst Lincoln Red Imps have blanked just once in the entirety of 2021. In fact, it's not just the fact that they rarely fail to score but that they score a lot of goals. Fola Esch have scored 16 in their last five compared to Lincoln Red Imps netting 12; that's averages of 3.2 and 2.4 respectively.

A game with a few goals

When you consider the number of goals Fola Esch and Lincoln Red Imps have scored across their last five matches (and then throw in that they've conceded two each in that time too) and you'll see their form in the total goals markets sits north of the 2.5 goals measure. We fully expect this match to go the same way; between the two sides only two of their last 10 matches (five each) have seen fewer than three goals.

Fola Esch have turned in some impressive displays across their last four matches scoring 15 goals in the process but it wasn't too long ago that they had lost a couple of games back to back. Lincoln Red Imps meanwhile have been going about their business pretty effectively too; they're unbeaten in seven and have lost just once in 10. This match will be very finely balanced with neither side likely to run away with it. The key battles look like coming on the flanks though as Lincoln Red Imps wide men Brian Gomez and Liam Walker go up against Fola Esch full backs Gregory Grisez and Sylvio Ouassiero. Both teams have a man at the top worth worrying about too; for Lincoln Red Imps that Kike Gomez whilst Fola Esch's main man is Stefano Bensi. 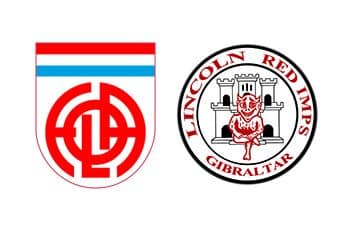