Let's check out the Fluminense vs Junior match, which will be on Wednesday. We will also provide you with the latest Copa Libertadores betting tips and predictions, you only have to go to our site.

Here are the three most popular betting tips among our Copa Libertadores experts, so choose the one you like, or if you think we are right, bet on all three.

Our recommended bookmaker for this match is Ladbrokes. Check up on the odds on the bookmaker page before you bet because all odds are subject to change.

Fluminense won two and drew two of the four Group D matches they played, and are leading the ranking in their group with eight points. Junior lost one and drew three of the four games they played in Group D and they only have three points. It's highly unlikely that Junior will win considering that when they had the lead in the last head-to-head between the clubs in May, they let Fluminense draw that fixture in the first half of the match.

All of Fluminese and Junior's games in the group stage, so far have ended with both teams scoring, so it's very likely it will happen again. Both teams scored in the last head-to-head between the clubs this month.

Recent Form and Match Statistics for Fluminense vs Junior

Check out the head-to-head statistics for the Fluminense vs Junior fixture and see for yourself what our predictions are based on.

Our Opinion for the Fluminense vs Junior Fixture

Fluminense is at the top of their game and they don't have any injured or suspended players, for now. We expect them to keep their first position in the group stage and qualify for the Round 16 matches.

Junior has only one injured player – Teófilo Gutiérrez who has Achilles' tendon problems and it isn't known when exactly he will be back after injuring himself at the end of April. So far, he has missed four matches and will most likely miss more. He played as a forward for Junior, so their attack will be weaker. 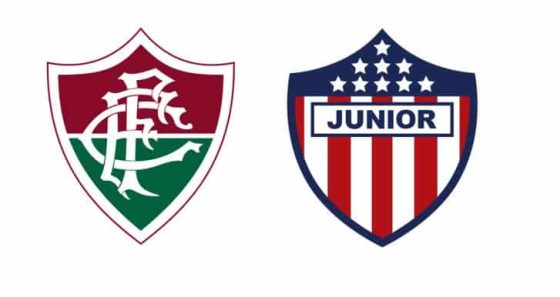 Prevalent Questions About the Fixture You Should Check Out