The Fluminense vs Cerro Porteno rematch in the Top 16 stage of Copa Libertadores should be very interesting after Fluminense won the first leg. So, check our preview of the game to learn more about it.

Our free betting predictions and tips for Fluminense vs Cerro Porteno

While the home team is the clear favourite in this game, there are still many betting options to explore in the Fluminense vs Cerro Porteno duel. With that in mind, we have chosen a few of our top betting tips for this game:

While the first match between these teams went under 2.5 total goals, our prediction for the rematch is to go over this line. First of all, Fluminense will be more relaxed thanks to their commanding lead from the first leg, while Cerro Porteno will have to push for an early goal if they want to have a chance of progressing to the quarter-finals of Copa Libertadores. So, we expect to see an open game and at least three goals.

Since we expect to see an open game with more than a few goals, we also expect both teams to score. With Cerro Porteno having to score at least two goals to stay in this game, we can see both teams scoring in this exciting duel, especially since Fluminense conceded in three of their last four home games in Serie A.

The best odds and useful stats for Fluminense vs Cerro Porteno

If you are looking for the top Fluminense vs Cerro Porteno odds, check our selection of odd from the best bookies in the UK:

Fluminense vs Cerro Porteno preview: Can Fluminense defend the advantage?

As we expected, the lack of competitive matches for Cerro Porteno has made things much easier for Fluminense in the first leg, which they've won 2-0. Still, Fluminense has to work on their consistency – in the last five games in the Brazilian league, the team has two wins, a draw, and two losses. They've also lost the first leg in Copa do Brasil to a team from Serie C, although they've managed to win the rematch and progress to the quarter-finals in that competition.

The Paraguayan team was without competitive football for more than a month before their first-leg duel with Fluminense, so the fact that they lost that game is not so surprising. However, the team that was fourth in the Paraguayan Apertura has played three games in Clausura in the meantime, drawing in all three of those games. So, Cerro Porteno is finally getting into a competitive form, but they've been struggling to get wins. 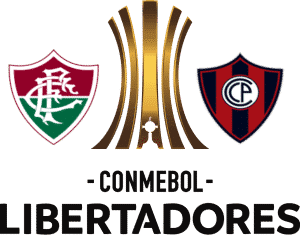