This UEFA Champions League first round qualification preview looks ahead to the meeting between Flora Tallinn and Hibernians at the A. Le Coq Arena in Tallinn, Estonia. The two teams have faced frequent hurdles in the first round of qualification, but can they put behind this disappointing record? Let us find out with this preview.

Flora have been dominating the Estonian league but the team fell 4 points behind leaders FCI Levadia following a 3-3 home draw with Paide. Hibernians have only been involved in some warmup friendlies ahead of this Champions League encounter. The best tips for this match are:

Flora are not particularly strong in European games at home. The narrow success over Lincoln Red Imps in 2016 is the only home Champions League win achieved by Flora in the last decade. Yet, the meeting against Hibernians might represent a cause of concern the Malta outfit’s only Champions League away win coming up against an Estonian outfit, FCI Tallinn, in 2017. Yet, this can be considered as a long shot and recent momentum is in the hands of Flora, who have been involved in regular action over the last few weeks.

The domestic Meistriliiga action has seen flora get three or more goals in three out of the last five encounters. They have been in decent scoring form, while Hibernians have had a very poor defensive record in the first two rounds of the Champions League. Hibernians have conceded 11 goals in the last five qualification rounds of the Champions League.

There is no doubt that this will be a competitive meeting between the two clubs. Flora have had regular football that should keep the momentum going, while Hibernians are fresh and this will be the first competitive involvement in any game since March. This should create a conducive environment for goals at both ends.

Flora vs Hibernians: First Round of Champions League Match Preview

Jürgen Henn has so far been unable to get Flora away from the early rounds of the Champions League. The team has not been able to get past the first round on the last three occasions, although the team came quite close in the previous campaign after being knocked out on penalties. The club has been quite active in the window by signing experienced players like Sergei Zenjov and Ken Kallaste. There are no major injuries for the 34-year-old coach from Estonia.

Hibernians are back in the qualifying rounds of the Champions League for the first time since 2017-18. In the recent campaigns, the club has not enjoyed much success even in the Europa League qualifying stages. Amidst concerns about the future of manager Stefano Sanderra, the club are aiming to reach the second round of the Champions League for the fourth time.

Doubts on Flora vs Hibernians Game 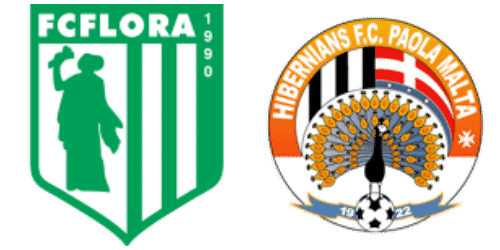 Where is the match scheduled? A. Le Coq Arena in Tallinn, Estonia

Which team is the favourite to win? Flora Tallinn