When West Ham United signed a European Championship winner in the January transfer window they hoped they'd solved their defensive woes. But they haven't and now the Hammers are reportedly targeting Championship defender Aden Flint.

The £8million signing of José Fonte from Southampton was meant to shore up a leaky Hammers defence. Yet the 32-year-old has not enjoyed the desired effect at the London Stadium with Slaven Bilić's side as porous as ever.

That means at least one new centre-back will be high on Bilić's summer wish-list. Bristol's City's Flint is reportedly a also keen to sign the defender.

Asked about the defender's future ahead of the final day of the Championship season, Robins boss Lee Johnson said: “I can't give any assurances to be honest. We know what football's like.

“This happens at Man. Utd, Bristol City or Rochdale if a club comes up with a figure that's big enough to match the club's valuation. If you feel that the player wants to go – and the player's quadrupling their wages – and you've got a couple of players you can bring in that will be better, or better in the future, then it's just part of football.

“You try to guard against that by giving your better players news contracts, like we did with Aden at the start of the season. That means the ball's in our court if there was a big bid.”

Johnson seems resigned to losing Flint and with that in mind we look at whether the defender would help solve the Hammers' defensive issues or not.

A latecomer to the professional game, Flint only got his Football League break in 2011 when he joined Swindon Town from Alfreton Town. That background makes it unsurprising that Flint is a no-nonsense centre-half who prioritises repelling opposing attacks over everything else.

Flint, standing at almost 6ft 6ins, is an imposing figure in both penalty areas and is good in the box. That is underlined by the fact he scored an incredible 15 goals from centre-back as Bristol City ran away with the League One title three seasons ago.

read more: time for hammers to cash in on winston reid?

This season the Pinxton-born defender has contested the second-highest number of aerial duels in the Championship (246) and won 70 per cent – as many as Ipswich Town's Christophe Berra who has contested six more duels this season.

Flint is also the defender who has completed the fourth-most defensive actions this season with a total of 490. That includes 57 interceptions, 46 blocked shots and 387 clearances.

While he only makes 1.3 tackles per game, the nine clearances Flint makes per match are comfortably more than any of his team-mates with Bailey Wright (7.7) the nearest.

Flint can be characterised as a stopper of a centre-half; someone who wins the ball initially but is not as confident or competent once they are in possession.

That is backed up by the fact he has the worst pass completion percentage (62.5) of any defender at Ashton Gate or – for that matter – any outfield player to play regularly for the Robins.

Unsurprisingly, he comes out at the lower end of the rankings for the entire division against fellow defenders who have played regularly this season. That, though, is not such a problem assuming he is paired alongside the right kind of centre-back.

Received wisdom suggests the ideal defensive pairing is made up one one stopper and one player who drops off, sweeps up and is more comfortable playing the ball out.

That could easily be Winston Reid. The Kiwi has completed 81.2 per cent of his passes this season while Angelo Ogbonna, albeit over fewer games, has connected with 81.3 per cent of the passes he has attempted. 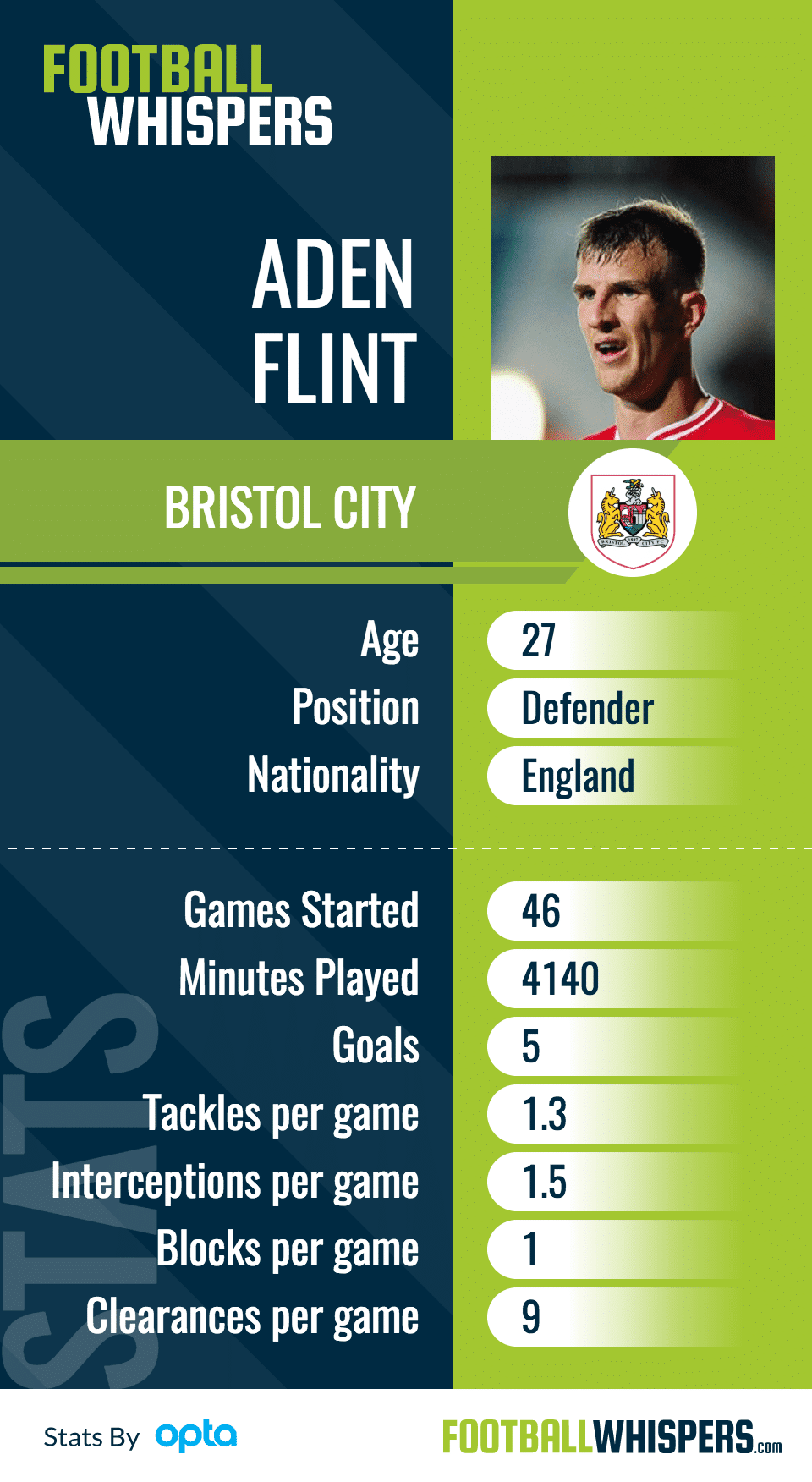 One other big concern is that Flint's size means he is susceptible when coming up against quicker, more mobile forwards.

Again, that is something which can be got around by putting him in the right system. If West Ham were to put Flint in a back four then it would be easy to isolate him and get him into positions where he is uncomfortable.

But if Bilić switched to a back three then Flint could play as the most aggressive member of that backline with two more mobile defenders – say Fonté and Reid – either side of him. 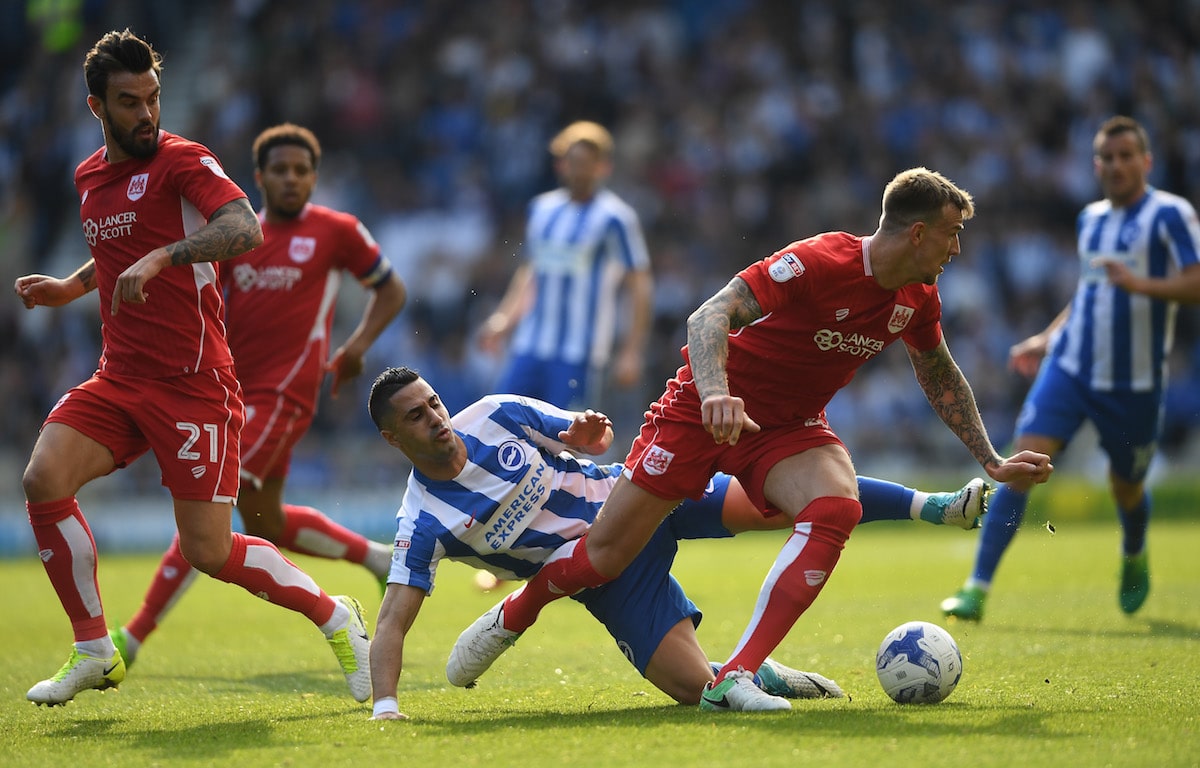 Flint is not without his flaws and, worryingly, they are flaws which would be accentuated in the Premier League where pacy, agile forwards are the order of the day, more so than in the Championship.

However, the Hammers have leaked goals for fun this season. Bilić's side have been breached on 59 occasions this term – the most since 2011 when they conceded 70.

A back-to-basics approach to defending could go a long way to improving that situation. Reid, Fonté and Ogbonna are not bad defenders. They are all internationals and Reid was linked with Manchester United and Arsenal in the not-too-distant past.

The Hammers have had success shopping in the Championship in the past and Flint could be another diamond in the rough.