Flamengo aren't through to the next round just yet but it feels like just a matter of time until that's confirmed. LDU Quito, however, could really do with a win as they look to tie up second spot. Can they get a result in Brazil? Find out with our Flamengo vs LDU Quito match preview with free tips, predictions and odds mentioned along the way.

A Flamengo win and loads of goals

Flamengo are sitting pretty in first place with 10 points and an unbeaten record in group G whilst LDU Quito are looking to turn around a poor run of form to compete for second spot. The Ecuadorian side have lost their last four matches and have shipped three goals in all of them. One of those four games was a 3-2 loss at home to Flamengo. For the group pace setter, they've won seven of 10. They're not goal shy either given those seven wins have produced 19 Flamengo goals. Take that further and you'll find there has been over 2.5 goals in each of those wins. It all points to a high scoring home win.

Our first prediction has touched on the goal threat Flamengo carry whilst we've also laid out what a poor run LDU Quito have been on. There is more to the form than that though. Yes, LDU Quito have lost four on the bounce but they've scored in each of their last 10 matches as well. Then there is Flamengo. They are winning games and avoiding defeat with relative ease of late but clean sheets are plentiful with just one in their last 10. On top of those facts, these two sides met each other in the Copa Libertadores in 2019 playing one another twice. Both times the two sides both scored.

Barbosa to bang home another goal

At the time of writing Gabriel Barbosa is the leading scorer in the Copa Libertadores with six goals from four games. He's also sitting on seven goals from eight matches on the domestic front too, which makes the 24-year-old attacker a man in incredible form. In his last five appearances, Barbosa has scored in each of them and boasts a total of eight goals in that time. Two of them came against LDU Quito on 5th May. We suspect facing him again will be keeping their defenders awake at night.

Flamengo vs LDU Quito: The info you need

Flamengo to top group in style

Flamengo arrive into their home game with LDU Quito knowing that a win will guarantee them not only qualification to the next round but top spot too. With that in mind and with one more group game to play, there is very little chance of the hosts taking this game lightly and that spells bad news for a LDU Quito team that could do with a win to a) stop a losing streak and b) improve their chances of staying in the competition. Whatever happens, this game will be a good watch. 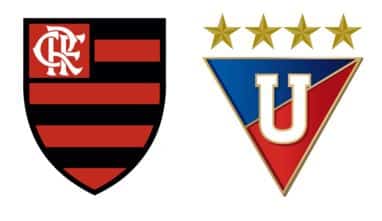