The signs had been there all season, but that doesn’t mean it wasn’t a surprise when it happened.

Barcelona have been inconsistent this term, with their issues even dating back to the tail end of the previous campaign when they limped across the line to retain their La Liga title.

Imbalance and discontent lie at the heart of their recent struggles and many Barça fans have been downbeat on their club’s chances of repeating the kind of success they have enjoyed in recent years.

Even so, the 4-0 drubbing at the hands of Paris Saint-Germain in the first leg of their Champions League last-16 tie on Tuesday night sent shockwaves around European football.

The favourites to win the competition, the team that can boast having arguably the greatest player of all-time, were swept aside by the French champions with the impudence of a toddler fending of its parent’s attempts to feed it some vegetables.

Outworked and outclassed, there were myriad issues at the heart of Barça’s capitulation at the Parc des Princes. But the key to most of their woes was a problem that has plagued them all season: a gross imbalance in midfield. 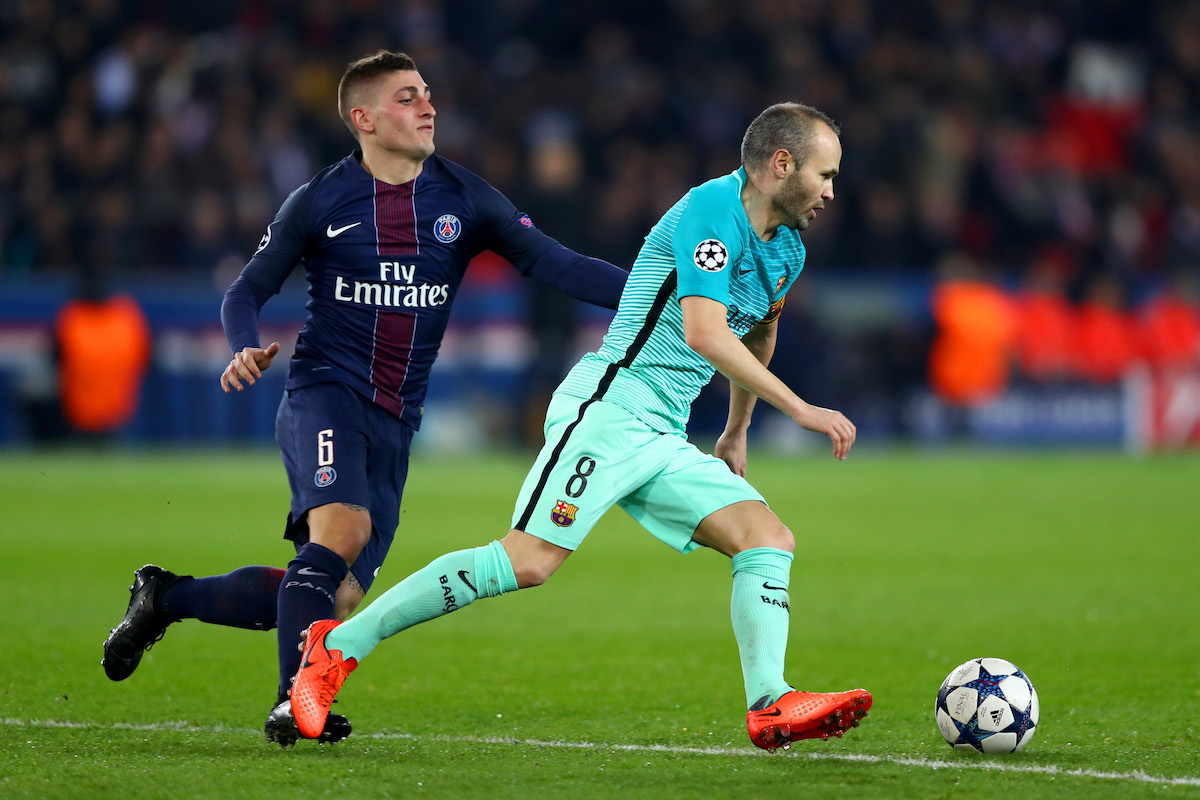 Marco Verratti, Adrien Rabiot and Blaise Matuidi were outstanding in the middle of the park for the home side, denying the Blaugrana’s midfield players the space and time the needed to create and weave their trademark patterns.

With Andrés Iniesta fit again, the Barça skipper had to start, while Sergio Busquets' place at the base of the central trio is unquestionable.

However, the pair struggled to gain a foothold, with Iniesta looking a notch or two short of full match sharpness.

Perhaps the most erroneous inclusion, though, was André Gomes’ selection on the right of the midfield three.

The Portuguese playmaker has struggled to produce his best form since his €55million summer move to the Camp Nou from Valencia. Seemingly facing an identity crisis of sorts, Gomes has played as though he doesn’t quite know what his role is in the team.

At Valencia, he was the focal point of all attacking moves, playing intelligent through-balls, bursting forward into dangerous areas and dribbling beyond opposing defenders. 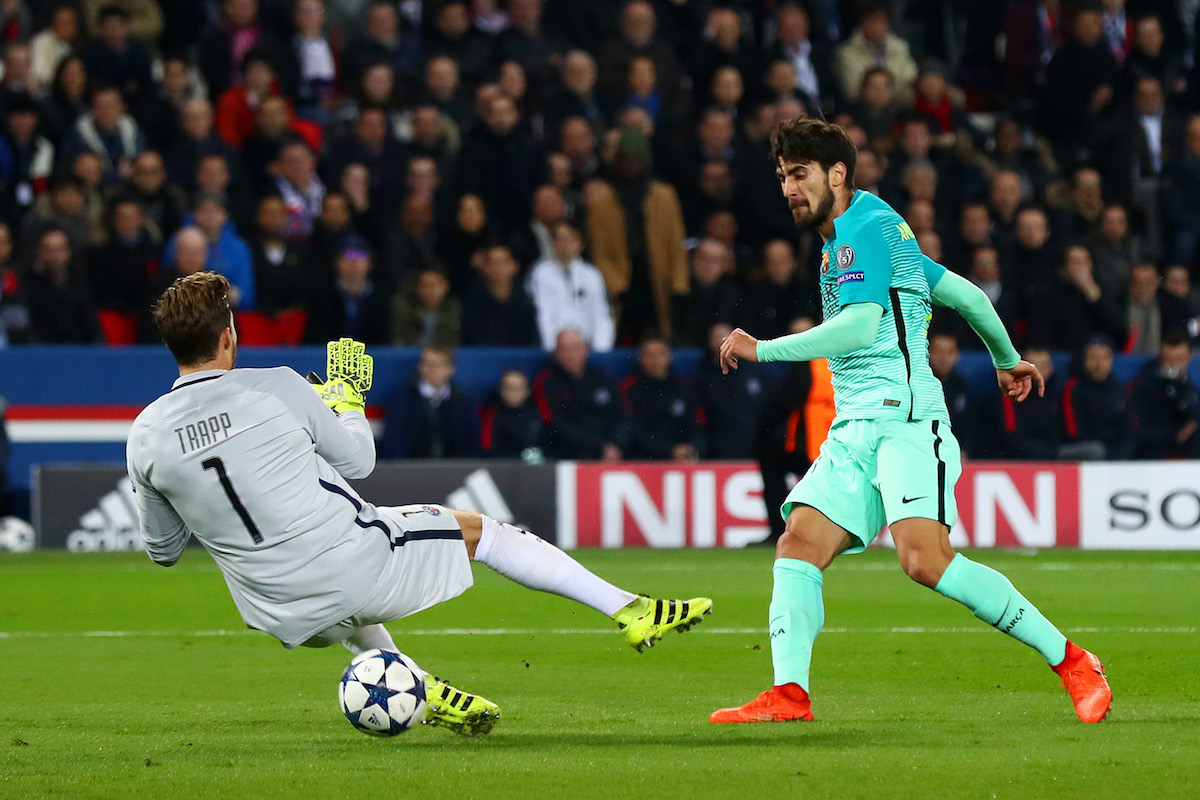 But at Barça, he looks hamstrung. Perhaps daunted by the prospect of playing alongside the likes of Lionel Messi, Luis Suárez and Iniesta, Gomes seems to be holding something back, risk-averse and, at times, almost invisible.

It stands to reason that manager Luis Enrique wants to persists with the 23-year-old, as his price tag and potential are both too great to see him written off as a flop at this early stage.

But for the trip to Paris, there were several other options at the former Roma coach’s disposal who would have been better suited to the task at hand.

Having faced Unai Emery’s Sevilla side on multiple occasions over the last few years, Enrique will have been aware that, regardless of formation and personnel, the new PSG coach demands intensity from his players, instructing them to press their opponents into submission.

With that in mind, and making allowances for a sub-full-fitness Iniesta, selecting the ponderous Gomes to start seemed ill-advised.

Denis Suárez, re-signed from Villarreal in the summer, has impressed in his limited game time so far this term. With his accurate and incisive passing, allied with his ability to shield the ball and dribble away from opponents, the former Manchester City academy standout would have been a better fit for the occasion.

For similar reasons, Brazilian midfielder Rafinha, who has performed well is several different roles this term, may also have been a more logical option than Gomes. Indeed, the 24-year-old replaced the lacklustre Portuguese against PSG with just under an hour played. 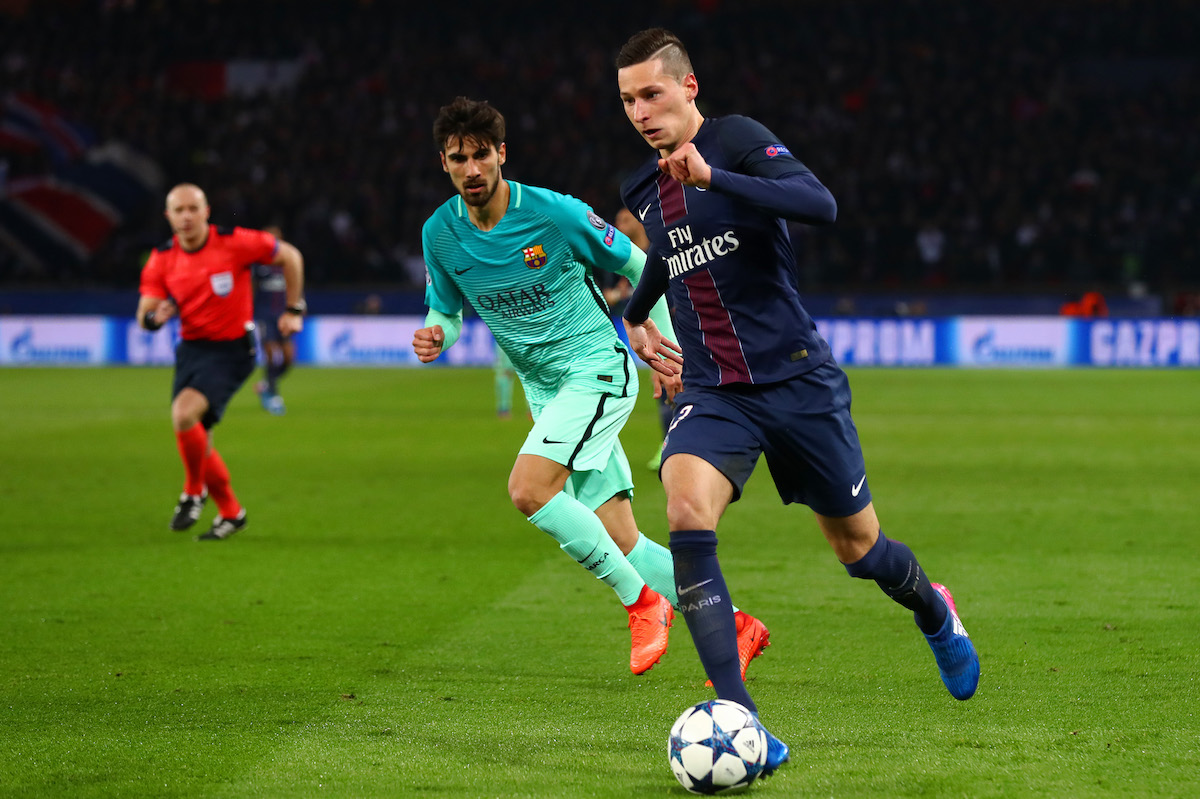 The severe ankle injury suffered by Aleix Vidal against Deportivo Alavés at the weekend dealt Barca a blow, as the former Sevilla defender had been in excellent form having worked his way back into the first-team picture.

Vidal’s absence meant that Sergi Roberto, a converted midfielder, had to play at right-back against Les Parisens. He has occupied that role for much of the season, but, faced with German winger Julian Draxler, the odds were stacked against him.

This is another reason why Gomes’ selection was baffling, as all-action Croatian midfielder Ivan Rakitic woud have offered greater protection to the make-shift full-back, despite having struggled for form himself recently.

What will make their midfield disorganisation even harder for Barça fans to swallow is the fact that, the following night, one-time La Masia prodigy Thiago Alcântara produced a virtuoso display, scoring twice and registering an assist as Bayern Munich thrashed Arsenal 5-1 at the Allianz Arena.

Earmarked as the long-term replacement for Xavi at one stage, the Italy-born Spain international, having grown frustrated at the lack of first-team opportunities he was being given, was allowed to join Bayern for just €20million in 2013.

The classy playmaker has gone on to develop into one of the finest central midfielders in the world, capable of controlling and dictating the tempo of games, while also having the dynamism to be just as effective in the defensive phase as he is when pushing forward. 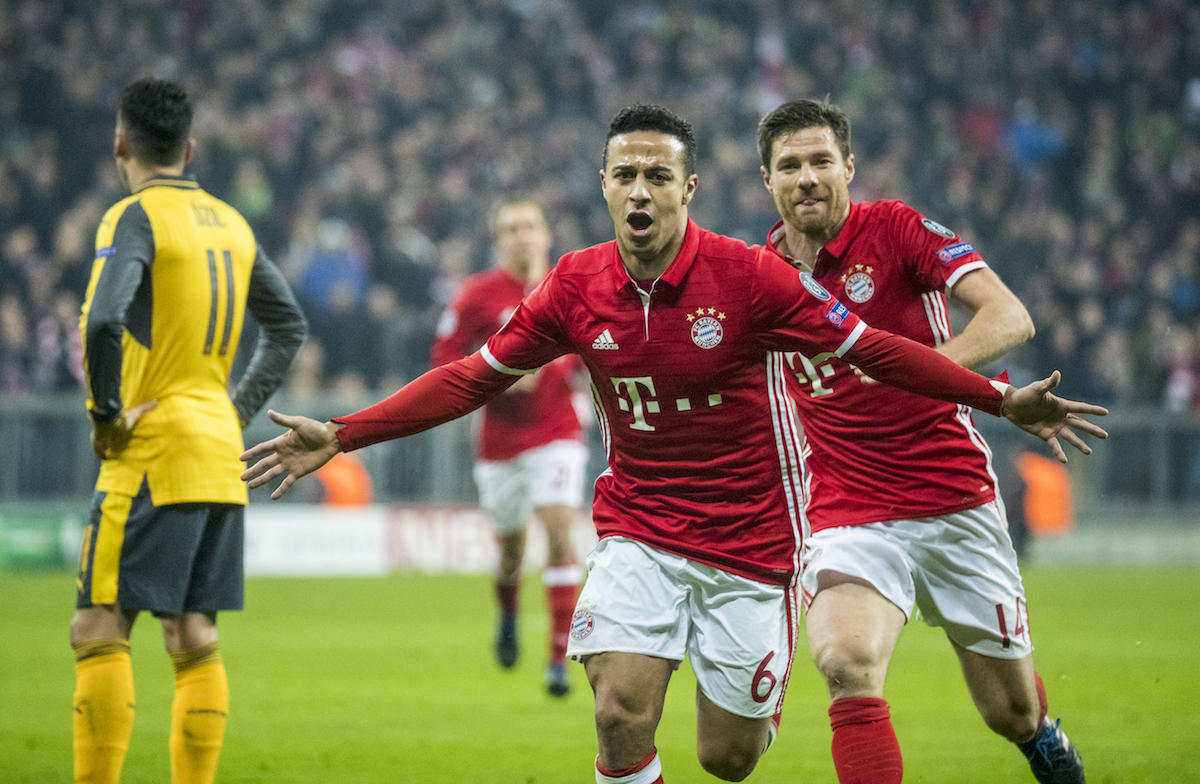 Thiago is exactly the kind of midfielder that Barça are crying out for, and everything they hope Gomes will develop into; what they would give to have the Bayern man back at the Camp Nou.

Almost as soon as the whistle blew at the Parc des Princes on Tuesday night, Luis Enrique’s Barcelona future was being brought into question. An angry bust-up with TV3 reporter Jordi Grau was evidence to the strain the 46-year-old is feeling.

If he has any hope of righting the ship and getting Barça back to something resembling their form of the 2014-15 Treble season, he must prioritise striking the perfect balance in midfield.