Manchester City and Liverpool’s dwindling hopes of catching Chelsea in the Premier League title race were further dented as the sides played out a captivating 1-1 draw at the Etihad Stadium.

James Milner put Jurgen Klopp’s Reds in the driving seat with a penalty before Sergio Aguero salvaged something from the wreckage of City’s week with the equaliser.

Here are 5 things we learned from an intense, absorbing encounter.

Coutinho is not enjoying himself

Who has space jammed Coutinho? #LFC

It’s not particularly enjoyable watching Philippe Coutinho at the moment, and one suspects he’s not enjoying himself either. The Brazilian is unquestionably one of the most gifted attackers in this division, but recently he has seemed out-of-sorts and somewhat frustrated with himself.

His demeanour and body language depict a footballer wrestling to meet the lofty expectations bestowed upon him, too. At the Etihad, the playmaker could often be spotted hanging his head or throwing his arms in the air in exasperation. It was not surprising, then, to see his number go up when Divock Origi replaced him in the 73rd minute.

His performance was not without quality, of course. At times, he showed his trademark change of speed and direction to elude City’s defenders, but that devastating cutting-edge was sadly absent. He needs to learn how to hit a corner-kick, though.

Watching City play, you’re eyes are usually drawn to the hulking frame lumbering around the centre circle. Yaya Toure has worked his way back into Pep Guardiola’s good books after being left in the cold at the start of the season, but the Ivorian’s ability to tear through teams with those mammoth strides has been greatly diminished.

Sagna replaces Yaya Toure. Both teams now playing with eleven players. Still 1-0 to the away side.

That was evident on several occasions up against the energy and endeavour of Georginio Wijnaldum and Emre Can, who ghosted past the 33-year-old one too many times for Guardiola’s liking. Indeed, Toure looked a spent force when he was subbed off. His agent Mino Raiola, who likes to talk, has been talking recently that he expects Toure to leave in the summer. That may not necessarily be a bad thing for City.

Gary Neville’s damning assessment of Toure’s immobility? “He’s like a bus turning.” Unfortunately, that paints an accurate enough picture of his shadow-chasing display at the Etihad – one of his last, I suspect. 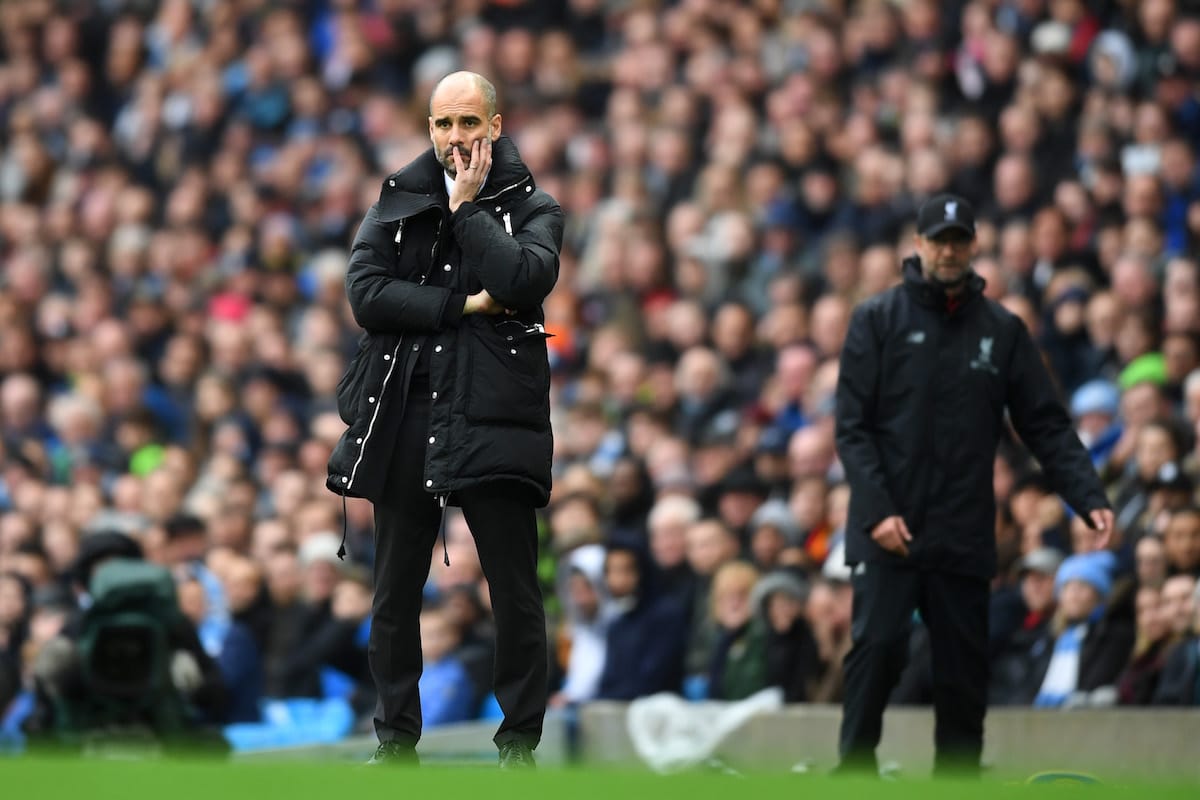 Forget about ‘what a great advert for English football,’ forget about comparing the Premier League to other leagues and forget about poring over every last refereeing decision: this was a truly thrilling football match. That’s what really matters, in the end, doesn’t it?

When it comes down to it, although the stakes weren’t as high as previous encounters, watching these two teams square up to one another with endeavour, abandon and spirit was a thoroughly entertaining Sunday afternoon watch.

As a football fan at heart, that was immensely satisfying. The conditions allowed it, of course. As the rain pounded the Etihad surface, we were treated to a feast of attacking football after an initial sparring session in the opening half an hour.

The usual inquest into defensive errors and penalties not given will ensue but, once the dust settles, this will rightly be remembered as one of the best Premier League matches of the season.

Guardiola has reason to be hopeful for future

Having failed to beat a rival four days after being dumped out of the Champions League, one would have expected Guardiola the grump in his post-match interview with Sky Sports. Not a bit of it. The former Barcelona and Bayern Munich boss has often cut a morose, even irascible figure in television interviews this season, but he couldn’t wait to shower praise on his players to Geoff Shreeves following this match.

Shreeves was greeted with a beaming smile and eyes flickering with pride. “You cannot image how proud I am, it’s one of the happiest days of my coaching career,” Guardiola boldly claimed.

“How we run, how we fight, how we showed our spirit after the Champions League exit was great.”

There’s plenty for Guardiola to work with moving forward. Yes, he could benefit from full-back upgrades and a replacement for Toure, but he has reason to be excited given the upward trajectory of Leroy Sane and Raheem Sterling.

The speedy pair can still improve, particularly when it comes to providing a killer pass, but they still represent the cornerstone of Guardiola’s attacking plan at City: pace, width and aggressive running that creates chances.

Guardiola is still building at City, but he’s building something with real promise – he learned a lot about his players against Liverpool.

In contrast to Guardiola’s surprisingly sunny disposition, Jurgen Klopp was in no mood to wax lyrical. The German was in control of his emotions, but visibly downbeat that his players failed to close out what would have been a huge win in the race to secure Champions League football. 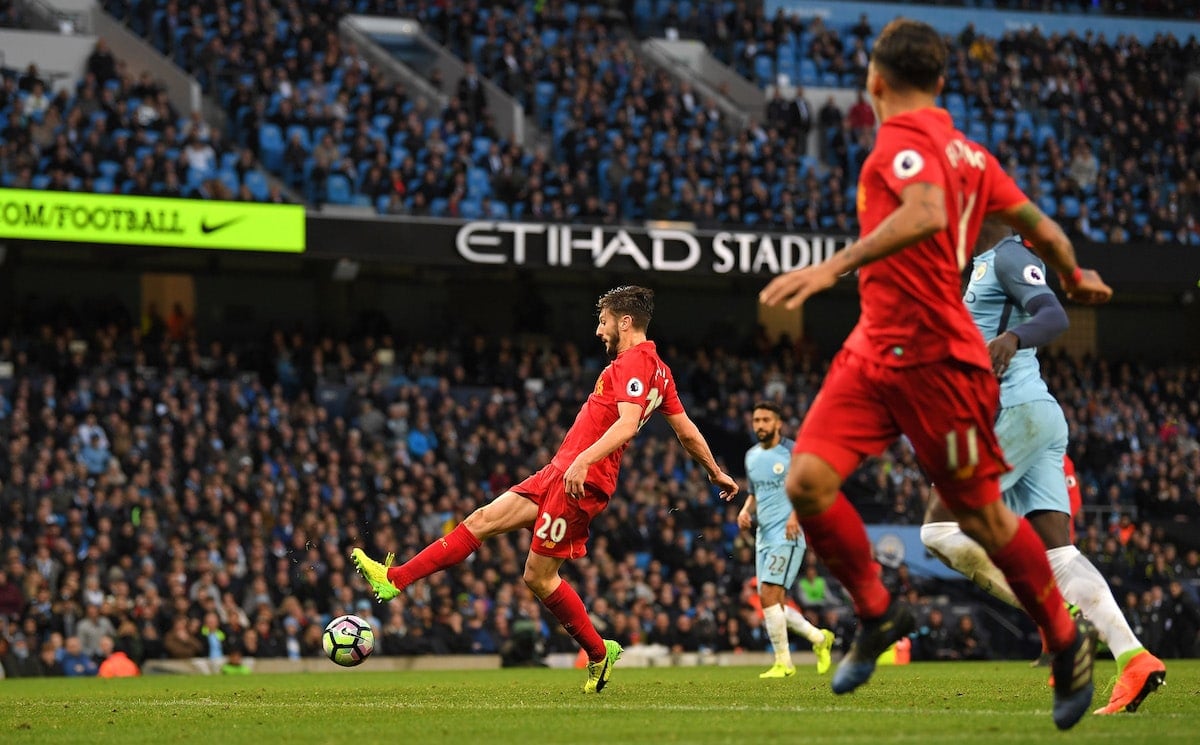 Instead, Klopp lamented both at Liverpool’s defending and inability to bury chances that would have crushed City’s hopes of a fightback. It’s a momentum killer after back-t0-back wins against Arsenal and Burnley, and one that calls into question Liverpool’s chances of finishing above Manchester United, who are four points behind them with two games in hand.

However, Klopp can perhaps take encouragement from Liverpool’s remaining fixtures which will see them play every match against teams that are placed below them in the table. Klopp continues to be thrilled with the attitude of his players, but it’s the application of all these ideas that will ultimately deny them a place in Europe’s premier club competition next season.

If that happens, the more ruthless onlookers may consider Klopp’s charisma and Liverpool’s fast and furious attacking football as immaterial without the Champions League, particularly given that we’re now 18 months into his reign.