Arsenal needed help from Olivier Giroud‘s head too rescue a point at St. Mary’s, drawing 1-1 with Southampton on Sunday.

Expectedly, the Gunners bossed possession, but didn’t have much to show for their domination. Fraser Forster made a great low save from Aaron Ramsey, but Arsène Wenger was left frustrated for large spells of the game.

With the Saints defence sitting further and further back, Arsenal piled on the pressure and it paid off with a few minutes remaining. Giroud heading past the Saints goalkeeper after Alexis Sánchez's cross.

The point takes Wenger’s side up to fifth, just ahead of Tottenham Hotspur and Southampton are now tenth.

Here are five things we learned from Arsenal’s 1-1 draw with Southampton.

Although when on the ball they played 4-4-2, in defence, which they they found themselves for the majority of the match, they set up with a back line of five, with another line of four just in front. Nine players, with as little space between them as possible, looking to frustrate the away side.

On another day, Mauricio Pellegrino’s team could  and probably should have score more on the break. They had great movement from Austin and pace from Nathan Redmond and Tadić.

On the flip side, the Gunners were very poor on the counter. All too often, they lacked someone able to pick the right pass, and do it quickly. When given the chance to hit the home side on the break, before they could reorganise, they took too long and the opportunities disappeared.

Teams are now learning how to play against the Gunners, especially away from home. Sit deep and test this shaky defence on the break.

Arsenal have now scored just nine goals in eight away games. Five of them came against Everton, which equals just four in seven fixtures.

Wenger needs to look at his tactics on the road and the gameplan he asks them to play, the current system isn't working.

Have More Faith In Giroud 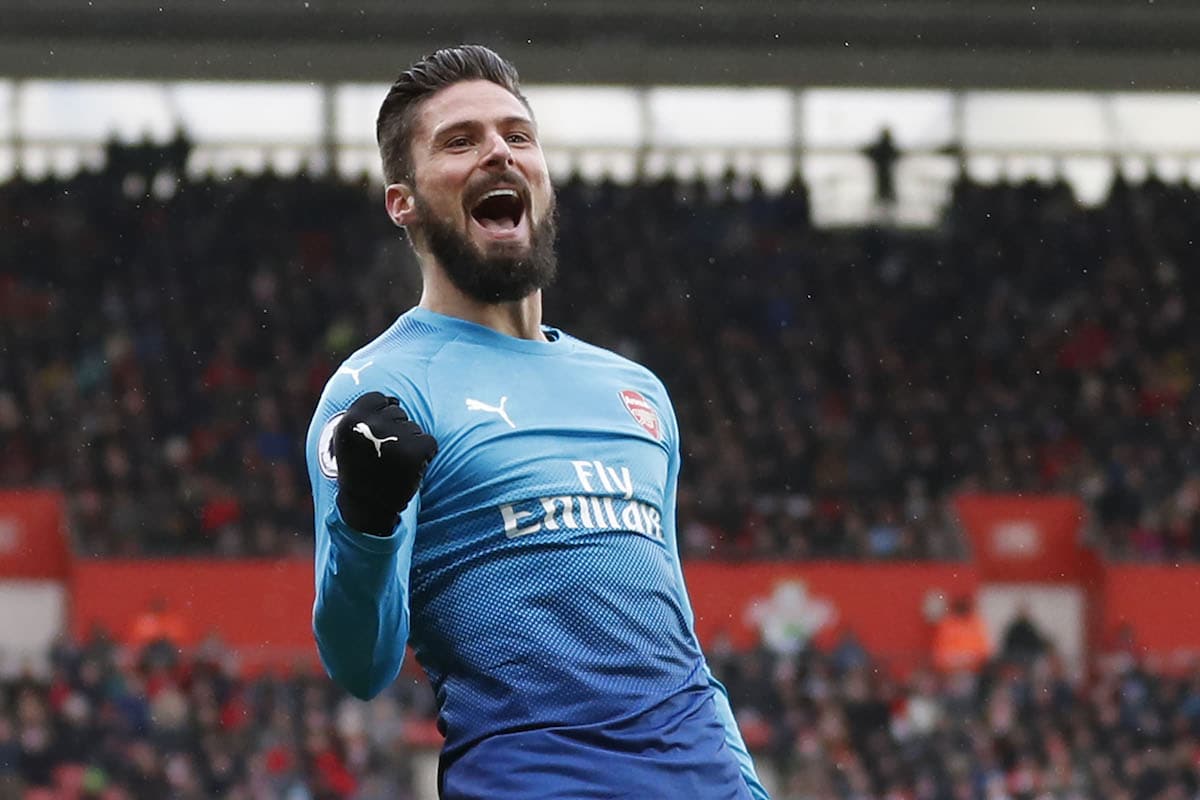 On the pitch for just 18 minutes, Giroud saved Arsenal on Sunday. His header found the net and stole a point.

He has yet to start a game this term and in 254 minutes he has four goals. In games when teams set-up like Southampton did, the Frenchman is the perfect man to lead the line.

You don’t have to continually look to hit him over the top, but he occupies defenders, takes the focus away in the box and then opens space for the other runners. It’s time Wenger put some faith in the France international.

Arriving from Bayern Munich, there were high hopes for the Danish midfielder. After 22 Premier League games last season, the jury was still out and even doubts he had what it takes.

Sunday was only Pierre-Emile Højbjerg's fourth start of the league season, but it was by far one of his best for the club.

Playing beside Oriol Romeu in the heart of the midfield, the 22-year-old helped protect the defence, launch attacks and seemed to be everywhere Pellegrino would have wanted him.

No one on the pitch could match his eight clearances, he added three interceptions and won two tackles.

He also led his team in touches, completed 93.1 per cent of his passes and won two aerial challenges. It was a superb all-round performance and everyone at St. Mary’s will hope this is the start of him fulfilling his promise.

Arsenal vulnerable on the counter

Going into Sunday’s games, out of clubs in the top six, only Liverpool had conceded more away goals than Arsenal from open play. The Reds have ten, the Gunners nine. Austin’s goal brought Arsenal level.

When you consider, , Chelsea, Manchester City and Manchester United combined for 11 away goals conceded from open play, it’s an area Wenger must acknowledge and work on.

Liverpool’s defence has endured their own issues and against Southampton, the Gunners defence, just like against United, looked to be there for the taking.

Huge gaps appeared early between Nacho Monreal and Per Mertesacker, so big you would have fancied squeezing the Titanic between the centre-backs.

Only Man City average a higher rate of possession this season. If you are going to command so much of the ball, you need to expect the opposition to counter and you need to be better at defending against it.

When playing against a stubborn, well-organised defence, you need to stretch them as wide as you can to allowed space through the middle.

Below you can see the areas in blue where Arsenal attempted crosses on Sunday. 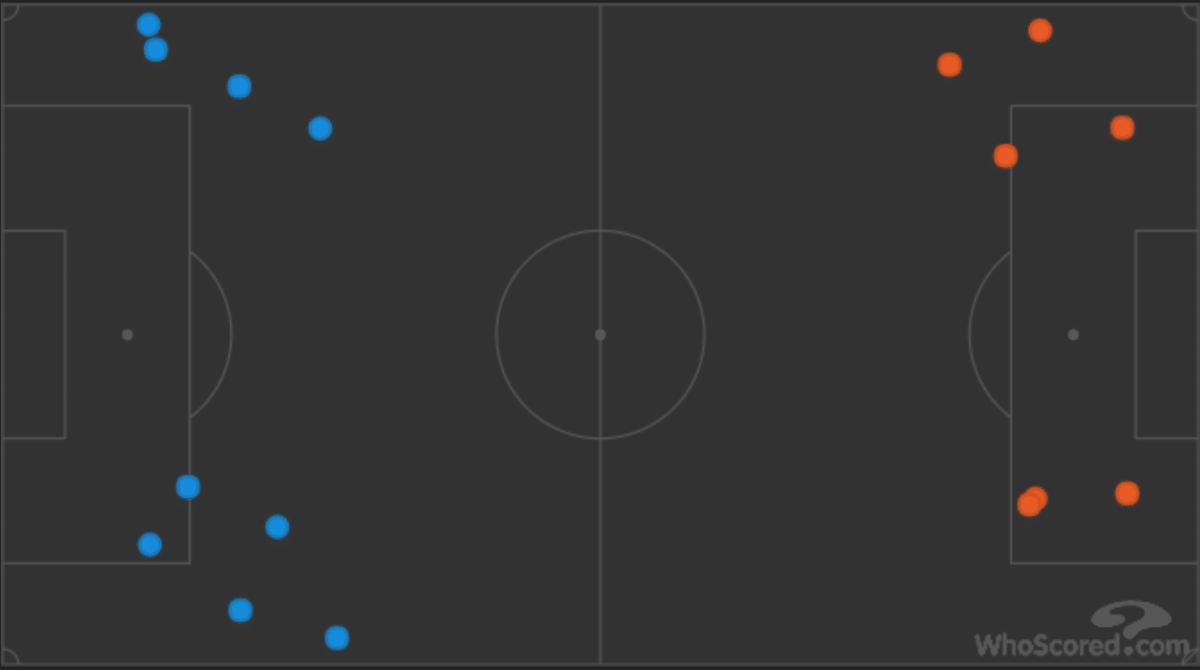 Arsenal very rarely were able to attack the byline on either flank and it meant Southampton could stay compact and make sure all of Arsenal’s attempts on goal came from in front of them.

It’s easy to defend, especially without a true aerial threat in the box.