The fifth round of the FA Cup provides us with something of a watershed. Whereas the third and fourth rounds are all about the magic of the cup as football’s underdogs are pitted against the great and good of the game, this stage of the competition really does signal the business end of the world’s oldest domestic knockout cup competition.

That said, like those tiddlers that slip through the net and manage to swim with the big fish every now and then, the FA Cup fifth round has seen its fair share of smaller participants mixing it with the larger clubs, not to mention a few heavyweight contests amongst the teams from the top flight, who, by now, have Wembley clearly in their sights.

So here’s a look at some of the most gripping FA Cup fifth round encounters in recent times; some for the fact that they were huge shocks, others for the sheer breathtaking drama that occurred as teams closed in on one of the biggest prizes in the game. 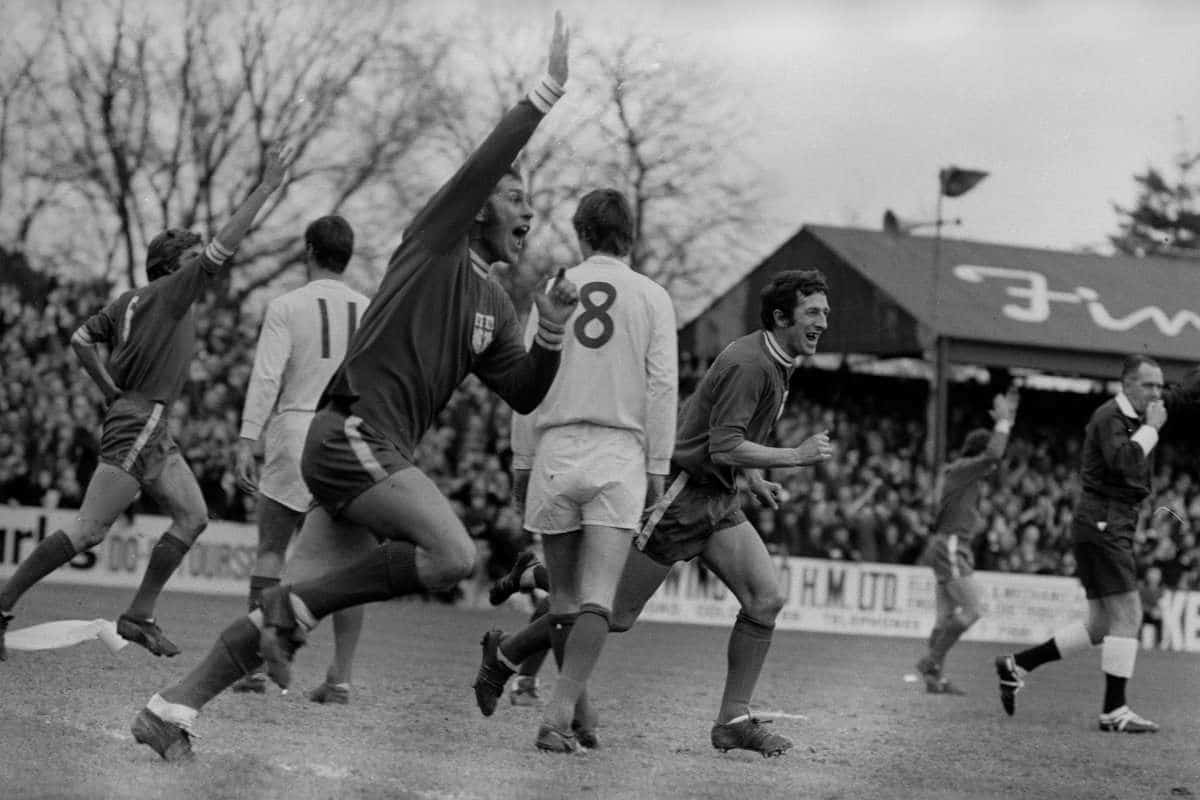 Leeds United were the team to beat in the early 70s. They had won the league in 1969 and would go on to finish runners-up three years in a row under the guidance of Don Revie. They also won the FA Cup in 1972,  the European Fairs Cup and the league championship again in 1974. So when they were drawn against Colchester United in the FA Cup fifth round in February 1971 few gave the Us any chance.

Having been runners-up in the previous season's FA Cup Leeds were looking to go one better this time around, whereas Colchester had been dubbed “Grandad's Army” going into the tie due to the high average age of the side, but that didn't stop 16,000 fans squeezing into Layer Road to cheer their team on.

Nobody gave Colchester a chance against a side which contained no fewer than tn internationals, but the Us took their top-flight opponents by storm scoring two goals before half-time through Ray Crawford.

The game looked to be done and dusted early in the second half when Colchester made it 3-0, but if anything this spurred Leeds into life and they made it a nervy last few minutes for the Layer Road faithful when they clawed it back to 3-2 with 12 minutes left, thanks to goals from Norman Hunter and Johnny Giles.

The result was sensational as was the fact that Colchester were in the FA Cup quarter finals. However, their opponents in the next round, Everton, didn't make the same mistakes and ‘Grandad's Army' were thrashed 5-0 at Goodison Park. 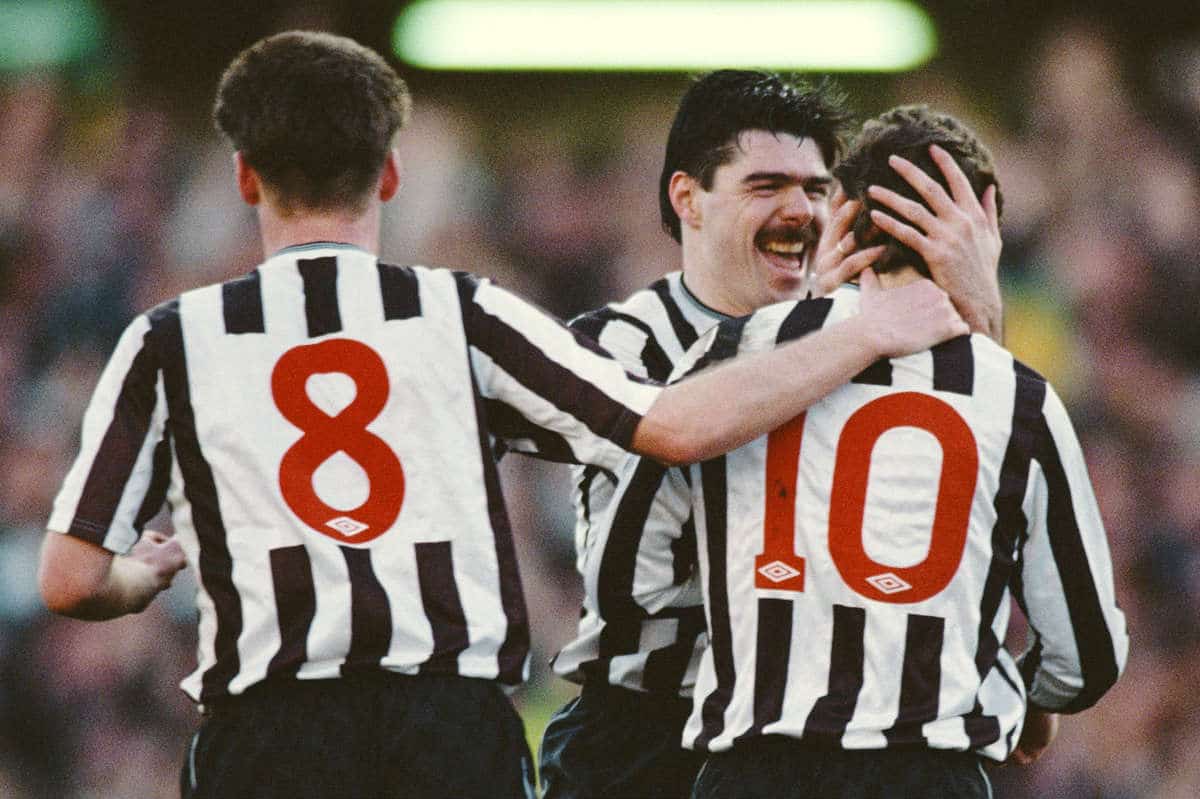 The FA Cup run of 1990 is widely thought to be the defining factor that saved Alex Ferguson from the sack, keeping him at Old Trafford and going on to win a host of trophies in an illustrious 26-year career. That has never been proven correct or not, but if it is the case then United’s fifth round tie at St James’ Park on their way to Wembley was one of the most pivotal moments in that job-saving run.

Having disposed of Nottingham Forest and Hereford United in the previous two rounds Manchester United travelled North East into a bear pit of an atmosphere to face a Newcastle side who were looking for a quick return to the top flight, having been relegated the year before. Mark Robins, hero of the third round, had put United ahead on 20 minutes but this was to be far from an easy passage into the quarter-finals at the expense of a battling Second Division side. Mark McGhee converted a penalty to pull the Magpies level and at this stage all bets were off as to who would progress.

United got their noses in front again in the second half thanks to some fine work down the right from Robins, who set-up Danny Wallace for a devastating strike past . But as the away fans were still celebrating a hotly disputed goal from McGhee after Mick Quinn appeared to trip United keeper Jim Leighton made it 2-2.

As a replay loomed United began to show the fighting spirit that was to epitomise the club during the Ferguson years and, after a jinking run from Wallace, Brian McClair slid the ball home from close range for his first goal in 17 games to clinch a place in the next round.

United would go on to lift the FA Cup that year, just one of 38 trophies they would win under the manager who, but for this win, probably wouldn’t have been at the club the following season.

There have been many great Merseyside derbies down the years but this encounter in February 1991 has to go down as one of the best ever, as two of the most successful sides in the game throughout the 1980s met each other in what turned out to be something of a swansong for Merseyside’s dominance of the English game.

Just two years earlier the pair had met in the final at Wembley with Liverpool eventually beat their rivals from across Stanley Park 3-2 after extra-time in a thriller. Incredibly this meeting proved to be even more dramatic as, on four separate occasions, the Reds surrendered the lead and the Blues came from behind to cancel out goals from Peter Beardsley, Ian Rush and John Barnes in a breathtaking encounter.

As the nation waited with bated breath for the second replay at Anfield, incredibly one prominent name from the first replay would not be involved when the two sides met again. The epic draw at Goodison Park was to be Liverpool manager Kenny Dalglish’s last game in charge of the club as he resigned two days after the 4-4 thriller on health grounds, with the club three points clear at the top of the league.

Liverpool lost 1-0 to Everton in the second replay in a game that failed to live up to the hype generated by what had gone before it, and the impact of Dalglish’s departure continued to take its toll as his former side fell away in the title race. As for Everton, they lost 2-1 to West Ham in the next round. 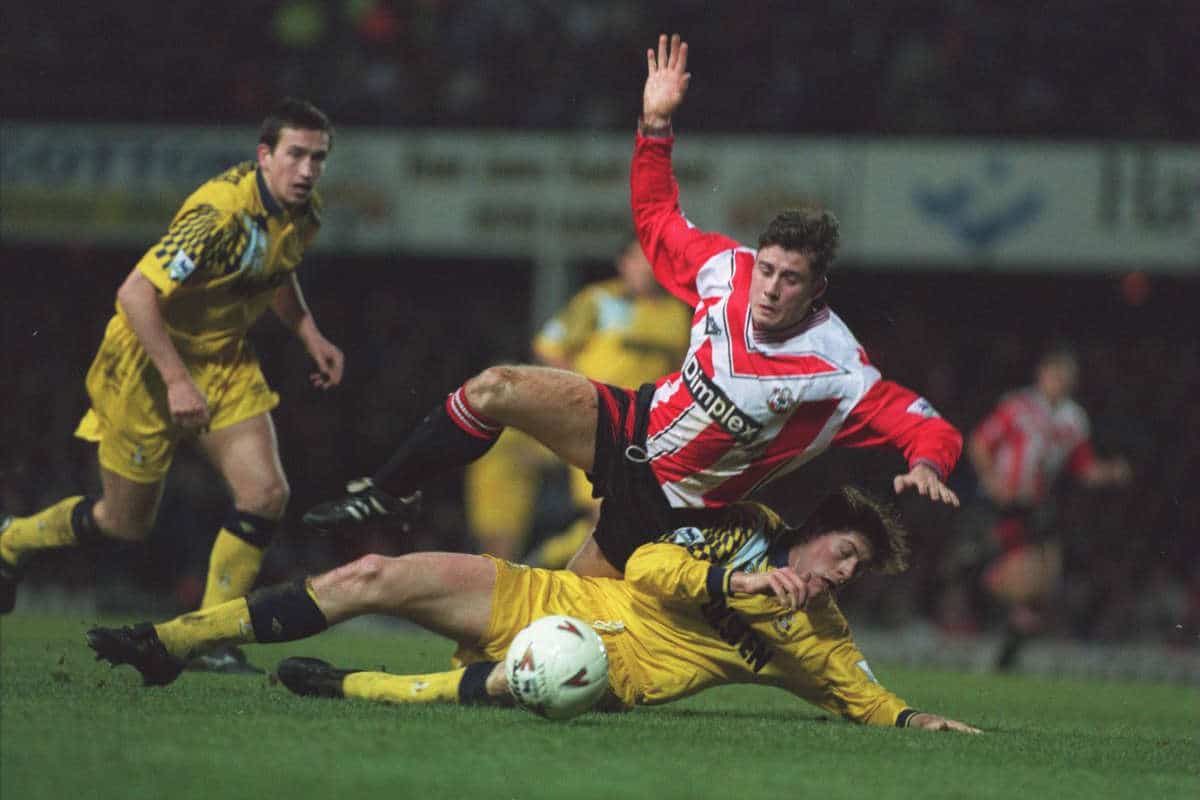 Southampton would beat Tottenham twice in the league this season but were still seen as the underdogs when they went to White Hart Lane in the cup and earned a creditable 1-1 draw that ensured they would have to do it all again at The Dell.

Goals from Neil Shipperley and Matt Le Tissier looked to have secured the South Coast side's passage into the sixth round going into half-time. But Spurs had something of an ace up their sleeve in the form of Ronnie Rosenthal, a proven goalscorer who had helped Liverpool to win the league championship several years earlier.

During the break, Gerry Francis sent on Rosenthal in a switch that proved inspired. After just ten minutes of the second half he hit two in two minutes to level the match, sweeping in at the near post and then smashing in a 25-yard strike which beat Bruce Grobbelaar all ends up.

In the remaining half an hour Le Tissier had a smart shot saved by Ian Walker while Teddy Sheringham and Darren Anderton both missed good chances for the away side. It would take extra time to separate the two.

Rosenthal completed his hat-trick in the additional 30 minutes as, from 30 yards plus he let fly, giving Grobbelaar no chance. Southampton then caved in and conceded a fourth, fifth and sixth thanks to strikes from Sheringham, Nick Barmby and Anderton. Tottenham went on to knock Liverpool out in the next round, but went out to Everton in the semis, suffering a 4-1 drubbing at Elland Road. 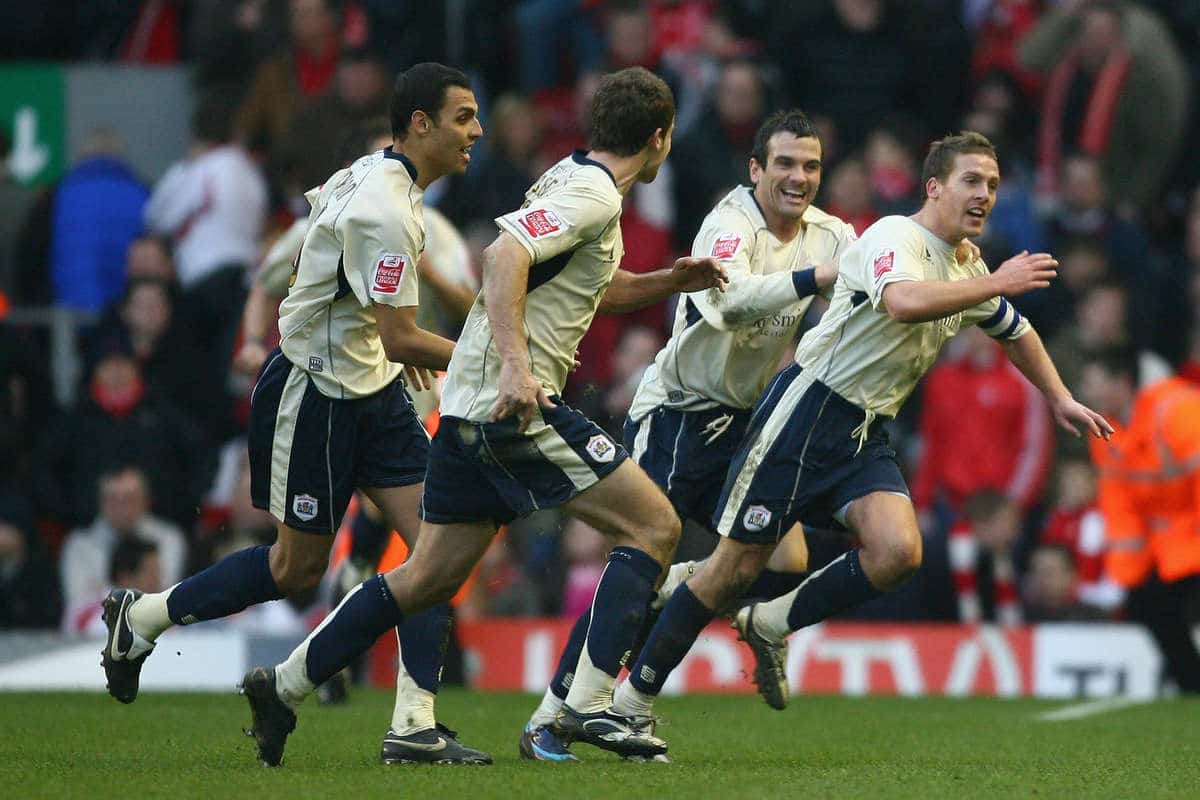 This was just one of two dramatic giant-killings for Barnsley in a run which would eventually see them reach the the semi-finals at Wembley.

Despite Liverpool boss Rafael Benítez fielding an under strength team, the Champions League finalists were still expected to easily progress in front of 42,000 fans at Anfield. So when Dirk Kuyt gave them the lead nobody was surprised.

But, against the run of play, Stephen Foster levelled after on-loan goalkeeper Luke Steele made save after save to keep the scoreline respectable.

It was then Brian Howard's opportunity to write his name into Barnsley folklore, controlling a high ball and beating two defenders before rifling a low shot inside the near post to send the Tykes fans into ecstasy. It was a goal that meant that the Championship strugglers had dumped the seven-time winners out of the competition.

In the next round the Tykes edged past Chelsea‘s star-studded line-up at Oakwell thanks to Kayode Odejayi, only to lose at Wembley in the semi final.