Virgil van Dijk completed his £75million move to Liverpool on New Year's Day. He's the club's record buy and is currently the world's most expensive defender. However, with the money now involved in football it's unlikely he'll hold the latter record for long.

Many thought Paul Pogba‘s £89million move to Manchester United in the summer of 2016 set a new bar for transfer fees but nobody could have guessed what would happen 12 months later.

Paris Saint-Germain made a statement by spending close to £200million to bring Neymar to the French capital. Barcelona retaliated by signing French winger Ousmane Dembélé, a one-time PSG target, to fill the void left by the Brazilian.

Manchester City then parted with over £130million to bring three full-backs to the club. Kyle Walker and Benjamin Mendy cost in excess of £100million while Danilo swapped the bench at the Santiago Bernabéu for a comfier seat at the Etihad in a deal reported to be in the region of £30million

Up until van Dijk's move to Merseyside it appeared as though the glass ceiling for defenders was the £50million mark but now that's been smashed it's only a matter of time until football has its first £100million defender. And it's destined to be sooner rather than later with demand for quality centre-backs on the rise.

So we've taken a look at five players who could claim the title over the coming seasons. It's wasn't as easy as you might think. We factored in ability, age, demand and marketability to come up with this list. 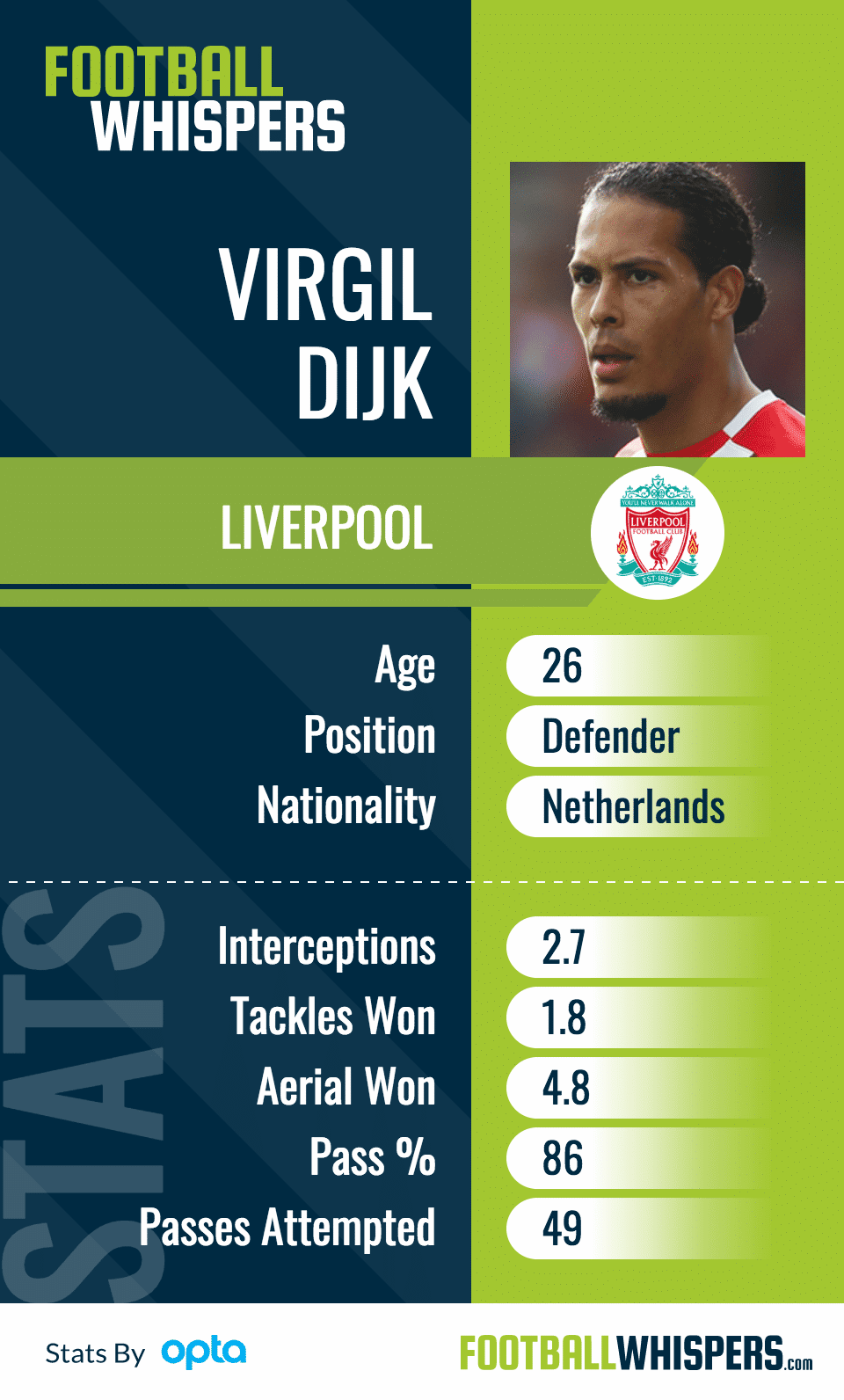 The graphic above shows van Dijk's stats for his last two full seasons at Southampton. All are per 90 minutes and should be used as a reference point.

First up is PSG's Marquinhos. The 23-year-old may be be young but he's got plenty of experience. He's already made over 200 club appearances, impressing for Roma before his €32million move to the Ligue 1 giants back in 2013, and is closing in on 25 caps for Brazil.

He's played in the Champions League, the Copa America and the Olympics. He's also expected to be a starter for Brazil at the 2018 World Cup.

Marquinhos has been linked with moves to Manchester United and Chelsea in the past while Real Madrid are thought to be long-term admirers of the centre-back as they plan for life after 31-year-old Sergio Ramos.

His stats might not be the best but context is necessary. His time in France has seen him win, on average, 1.6 aerial duels per 90 minutes while van Dijk has averaged 4.9 since his move to Britain.

Defenders in England need to be aggressive in the air so his stats might put clubs off but PSG aren't aerially bombarded on a regular basis so scouts and managers shouldn't put too much weight into that stat.

Importantly Marquinhos is comfortable and confident on the ball, completing on average 92.9 per cent of the 55 passes he attempts per 90 minutes. He's ideal for a team looking to play possession football and build from the back.

Marquinhos has a contract until 2022 at the Parc des Princes so PSG would command a huge fee to part ways with him.

Umtiti's move to Barcelona during the summer of 2016 went under the radar a little because of other deals across Europe. The two Manchester clubs parted with the best part of £90million to sign John Stones and Eric Bailly while Arsenal paid £35million to bring Shkodran Mustafi back to the Premier League. 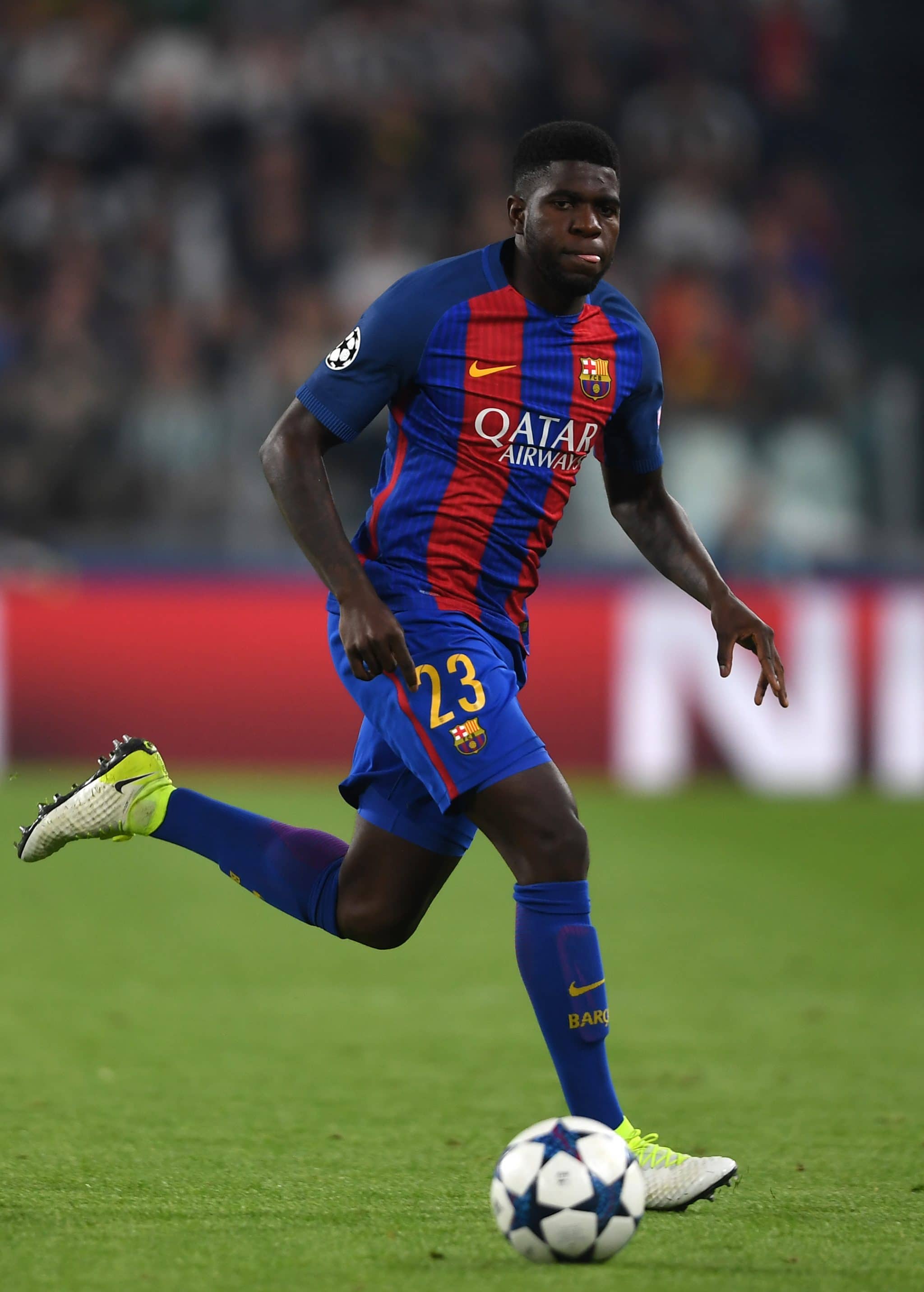 Lyon banked £22million for Umtiti and the Ligue 1 side will be kicking themselves that they didn't wait 12 months longer to cash in for a huge payday.

He quickly became a key player for the Catalan-based club and his form hasn't gone unnoticed. Man City are thought to be interested in signing the 24-year-old Frenchman while reports in Spain claim Real Madrid want him to do a ‘Luis Figo' and join them in the capital.

The versatile centre-back, who can also fill in at full-back, has a clause in his contract which would allow him to leave the Nou Camp for £50million. However, talks are underway to reward his performances with a new deal which would in turn see that clause hiked up to something less appealing.

Like Marquinhos, Umtiti isn't aerially dominant but football in Spain is played on the ground and not in the air. He's a proactive, front-footed defender perfect for an aggressive defensive line. His flexibility means he can play as part of a defensive four or a back three, something a lot of managers are looking to add to their game this season.

Though £100million might seem steep, you'd be getting a played capable of playing at the top level for the next six or seven years.

When Varane burst onto the scene for Lens he was tipped to be the next big thing. Real Madrid, managed by José Mourinho at the time with Zinedine Zidane acting as a club advisor, won the race to sign the centre-back in a deal worth €10million.

The 2017/18 season is his seventh with Los Blancos but he's yet to really fulfil his potential and many expected him to be one of the best in the world by the time he was 24-years-old. He's a favourite of Zidane's but if reports are true his compatriot may be out of a job when the season comes to an end.

A new manager may come in and favour Jesús Vallejo with Madrid now looking to add a Spanish core to their team.

Though Varane has never quite lived up to the hype there is still a belief he could mature into the player many had hoped to see under the right guidance. Mourinho is a is a long-term admirer of the French centre-back and could be reunited with him at Old Trafford.

He was linked with a move for the defender while at Chelsea as well as during his first transfer window in charge of Man United. Furthermore, transfer valuations aren't always based on ability alone.

Varane is marketable, especially for a club like United, and Madrid know this. He has a contract with Los Blancos until 2022 and wouldn't be allowed to leave on the cheap. 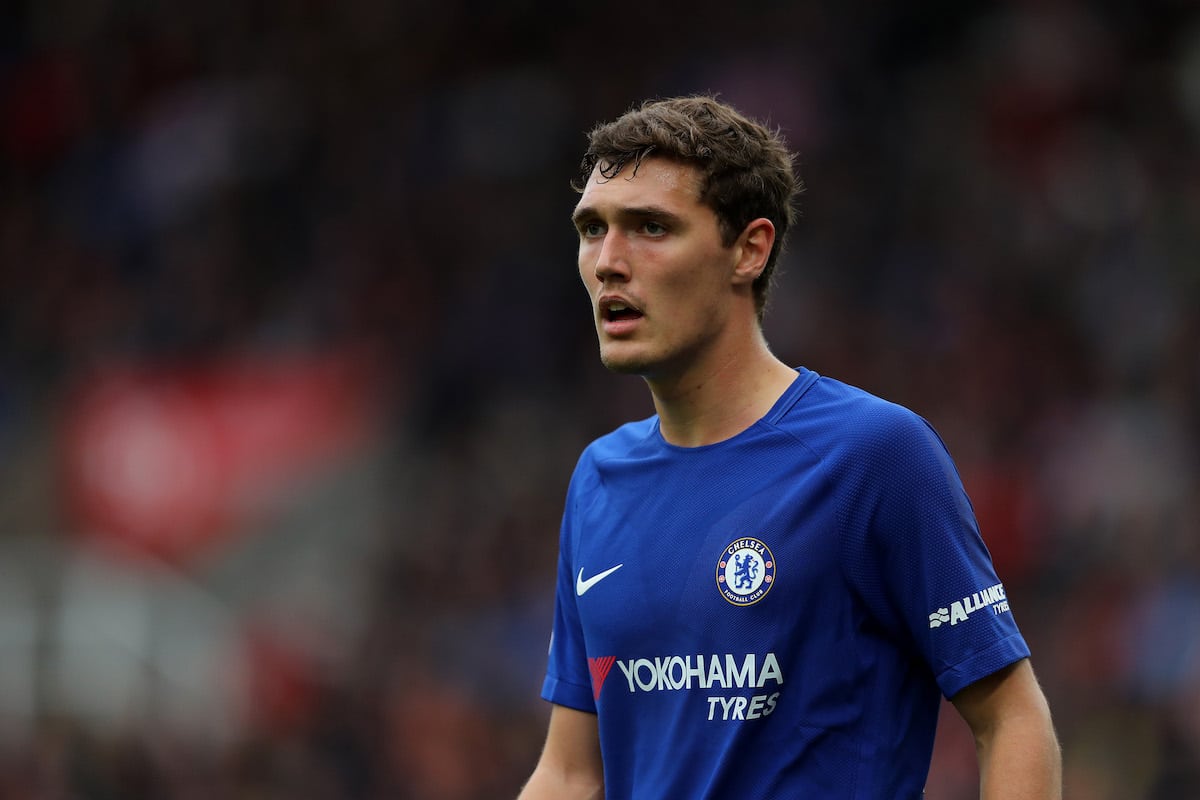 Chelsea spent the majority of the summer of 2017 courting various centre-backs when they had a gem right under their noses all along.

Antonio Conte is believed to have wanted the champions to sign van Dijk but was forced to move on after it became evident the Dutchman favoured a move to Anfield.

Kostas Manolas was then linked with a move to Stamford Bridge along with Leonardo Bonucci. Manolas' teammate Antonio Rüdiger eventually made the move from Rome to London in a deal worth £30million.

It looked as though Christensen would be another talented Chelsea player overlooked by the club but after Conte fell out with David Luiz he was given a chance. And he took it.

His two-year loan spell with Borussia Mönchengladbach helped him mature and though he's only 21-years-old he's looked like a seasoned veteran at times for Chelsea this season. Conte's men haven't missed Luiz and he's filled in for Gary Cahill when the captain has been rested.

Barcelona are already being linked with a big money move for the Danish defender. He's only going to get better and there's no reason he couldn't be a starter for a team for the next decade. He'd very much be a long-term investment.

He's powerful in the air, averaging 2.5 aerial duels per 90 minutes, and good on the ball, completing 96 per cent of the 50 passes he attempts for Chelsea per match.

Chelsea may be one of the richest clubs in the world but the pull the Spanish giants have can't be ignored. It's why both Eden Hazard and Thibaut Courtois are supposedly agitating for moves to Real Madrid.

The Red Bull clubs have one of the best scouting systems in the world in place. They bring the players into Red Bull Salzburg to cut their teeth before moving them on to RB Leipzig knowing if they impress in the Bundesliga they’re likely to make more of a profit on them when they’re sold.

Naby Keïta made the move and spent one season with the German club before Liverpool spent an entire summer trying to bring him to Merseyside. Jürgen Klopp eventually got his man for a rumoured £66million.

They should brace themselves for similar with Upamecano.

The 19-year-old Frenchman has already been named as a transfer target for the Reds as well as Barcelona and Manchester City. He's got Champions League experience, he's got the ability and he's at the age he can be moulded into whatever a manager wants.

He's dominant in the air, winning 3.2 aerial duels per 90 during his time in Germany. He's completing 85 per cent of the 62 passes he averages and is the ninth best in the Bundesliga when it comes to interceptions per 90 minutes.

The more experience he gets the better he's going to become and the more RB Leipzig can demand for his services. They could well auction him off in a year or two when a host of top European clubs will be in need of a centre-back.