It wasn’t long ago that Borussia Dortmund were the envy of most clubs in Europe. They had one of the best managers in world football in the shape of Jürgen Klopp, they had a recruitment team who seemed to turn everything they touched into gold and, perhaps most importantly, they had an identity. Everyone involved in the club was, seemingly, on the same page.

Unfortunately for those at the Westfalenstadion, the same can’t be said now. Stating that the club are in disarray would be an overstatement, but they’re no longer the poster team for a sustainable future. Far from it.

BVB sacked manager Peter Bosz in December after a forgettable run of form which saw them win just two of 15 matches. An incredible start to the campaign in which the former Ajax boss guided his new team to six wins from seven in the Bundesliga was soon forgotten. Under his guidance the team failed to win a Champions League match in the group stage and dropped into the Europa League.

Bosz was only appointed in the summer after Thomas Tuchel, who was courted by Chelsea before agreeing to join Paris Saint-Germain, decided he couldn’t work with the restraints placed upon him by the higher ups. Sven Mislintat, now at Arsenal, was the head of recruitment at Dortmund when Tuchel was there but was banned from the training ground.

Different pages this time around.

Peter Stöger, sacked by bottom of the table Köln, wasn’t out of work for long. Appointed as Dortmund's interim manager until the end of the season, he was expected to steady the ship. He’s done just that but it’s come at an expense: there’s an identity crisis.

The free-flowing football fans had become accustomed to Signal Iduna Park had been replaced. Klopp, Tuchel and Bosz had all been idealistic coaches with a similar philosophy: they didn't just want to win, they wanted to put on a show.

Stöger, however, is much more pragmatic as manager. He does whatever it takes to get points on the board; he sacrifices style for substance. It's not the Dortmund way, and though the new boss went on a ten match unbeaten streak, only four were victories and they averaged just 1.5 goals per game.

Recent failings in the Europa League – losing out to Red Bull Salzburg – and a humiliating 6-0 defeat to Bayern Munich, a team they find themselves 21 points behind in the Bundesliga, have been a sobering experience for those in yellow and black.

They sit third in the table, a point behind Schalke, with the two teams facing off this weekend in the Ruhr derby. A place in next season's Champions League isn't yet assured and three of their remaining five matches are against teams in the top seven.

Problems off of the pitch

There isn't just a crisis on the pitch. The club aren't the smooth operators off of it that they once were. In the summer of 2016 they went on a youth recruitment drive and signed Emre Mor and Mikel Merino ahead of a number of top European clubs. Both were expected to play a part in the club's future but neither are still at the club. 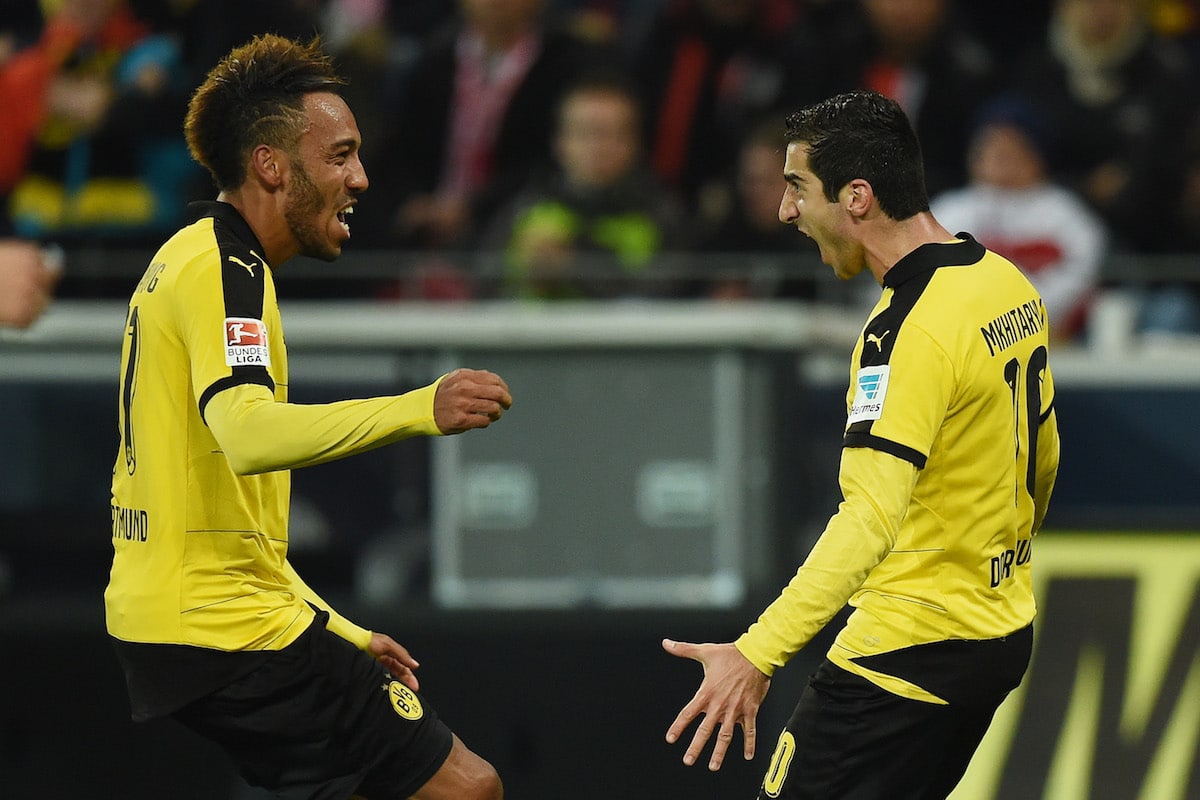 lkay Gündoğan, Henrikh Mkhitaryan and Mats Hummels all departed the club just under two years ago and are still yet to be properly replaced. Pierre-Emerick Aubameyang, one of the best chance-getters in Europe, joined Arsenal in January and the club haven't managed to bring in a permanent replacement just yet – Michy Batshuayi is doing a job for now but it's unlikely the German side will be able to afford him in the summer.

They managed to attract the likes of Mkhitaryan and Aubameyang in the past to replace Robert Lewandowski and Mario Götze, but that was when the Dortmund project was an appealing one. It's a different proposition altogether now.

Götze's since returned but has failed to rediscover the form which saw him net the winner for Germany in the 2014 World Cup final. Compatriot André Schürrle would've been loaned to Swansea City in January had it not been for injuries to first-team players.

Marco Reus put pen to paper on a new long-term deal recently to tie him to the club until 2023, but with his injury record, how many times will he actually turn out for the club over that period?

The stars of the current squad might not be sticking around for long, either. Sokratis, a Chelsea, Arsenal and Manchester United transfer target, has a little over 12 months left on his current deal. Julian Weigl has been identified by Pep Guardiola as the man to replace Fernandinho, if recent reports are to be believed. Tuchel might return to raid his former club, with Paris Saint-Germain being linked with a move for Raphaël Guerreiro. 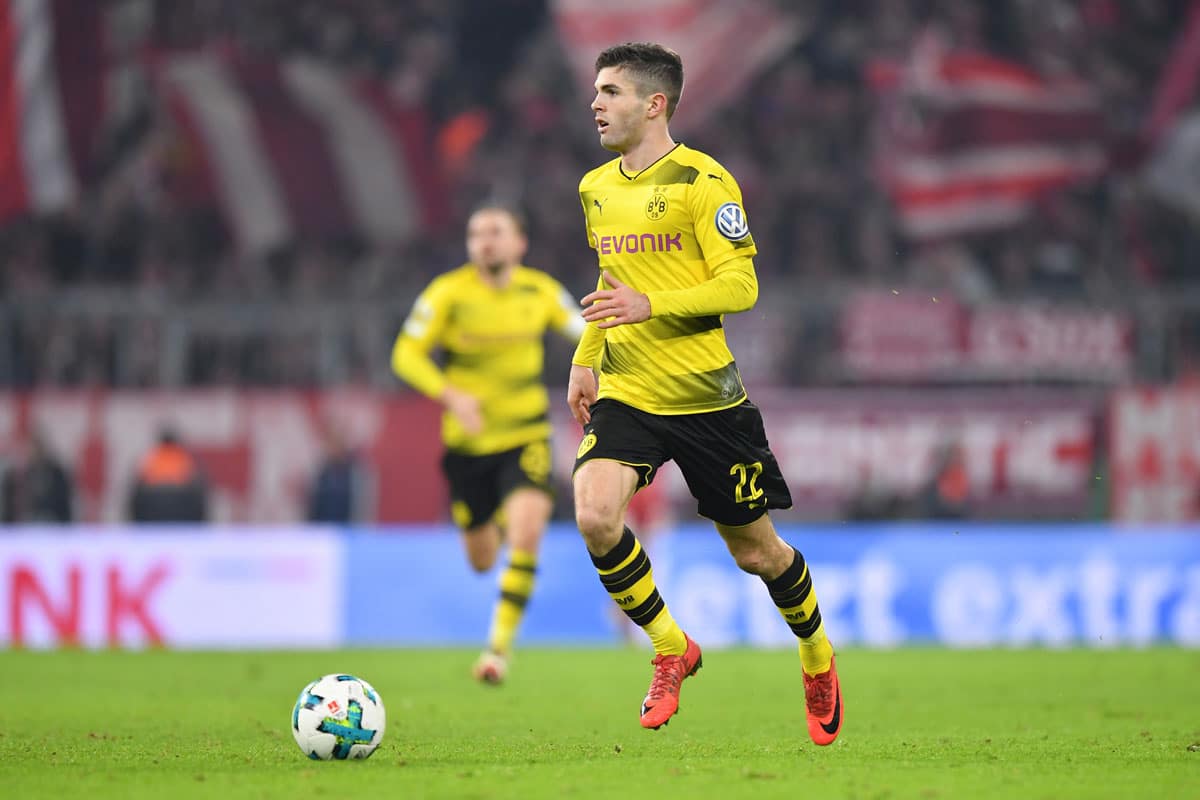 Then there's Christian Pulisic. The American wonderkid is a key player for Dortmund now, despite being just 19. He's benefitting from the experience of regular game time, but how long before the frustration of playing for a team that is currently in transition becomes too much? The side he's starring for is a far cry from the one he joined. As soon as he admits it's time to move on, he's sure to be at the centre of a tug-of-war between Manchester United and Liverpool.

If Dortmund hope to be more than a flash in the pan, a team who burned brightly before fading into mediocrity like many teams before them, then they need to stop papering over the cracks and address their crumbling foundations before it's too late. This could be the club's biggest summer for quite some time.