Fiorentina are in the hunt for European football this season while their guests this weekend, Venezia, are battling for their Serie A status. The hosts are the big favourites to win the game and certainly have form in their favour but Venezia did beat Fiorentina in October and have plenty of motivation for the 3pts this weekend.

This game has the potential to be tight and tense despite the contrasting form both teams find themselves in. Under 2.5 goals have been produced in each of the last five competitive and non-competitive meetings between Fiorentina and Venezia, while five of the host's and three of the visitor's last six matches in league and cup have witnessed fewer than three goals scored.

Everything you need to know about Fiorentina vs Venezia

Fiorentina out for revenge after losing to Venezia in October

Fiorentina weren't fancied to take anything from their trip to Napoli, though, the hosts would still have been expecting a tough 90-minutes. Gonzalez put Fiorentina 1-0 up in the 29th-minute and the visitors led at the break. Napoli got back onto level terms via Mertens just before the hour mark but goals from Ikone and Cabral handed Fiorentina a commanding lead. Napoli did manage to pull a goal back late on to set up a nervy final few minutes but the visitors held on to secure an unexpected 3pts.

Venezia fell behind at home to Udinese when Deulofeu converted a 35th-minute penalty but the hosts look like they had done enough to earn a point when Henry equalised 4-minutes from time, only for Udinese to snatch a winner in stoppage-time. Venezia remain in the bottom three but are only 3pts off Cagliari and could move out of the relegation zone with a win this weekend.

Fiorentina: Álvaro Odriozola and Giacomo Bonaventura could miss out for the hosts this weekend,

Venezia: Ampadu is suspended, while Ebuehi, Romero and Lezzerini could miss the trip to Florence through injury. 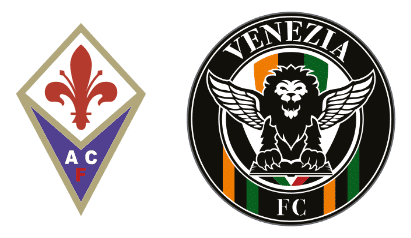