Fiorentina will be looking to get back to winning ways in Serie A after their narrow midweek defeat at Lazio. Spezia provide the opposition on Sunday and after a slow start to the season and other defeat this weekend could see them drop into the relegation zone.

Here are our predictions for Fiorentina vs Spezia.

Fiorentina picked up 4pts from their two games against Spezia last season, claiming a 3-0 win at home and a 2-2 draw away, and we're backing the hosts to be victorious on Sunday. Spezia arrive in Florence on the back of four defeats from their last six league games, so you can see why we're backing Fiorentina to win this weekend.

Fiorentina have only failed to score in two of their last six league games, both of which were away from home, while both teams have scored in five of Spezia's last six outings and haven't kept any clean sheets during that period. We're confident that Fiorentina will outscore Spezia this weekend but the visitors' record of scoring goals suggests that the hosts will need at least two goals to win the game.

All you need to know about Fiorentina vs Spezia

Fiorentina the big favourites to secure all 3pts this weekend

Fiorentina would have been expecting a tough 90-minutes in Rome when they took on Lazio on Wednesday, but their away record suggested that they had a good chance of leaving the capital with something to show for their efforts. After a goalless first half, a strike early in the second forty-five proved enough for Lazio to claim a 1-0 win. Despite that defeat, Fiorentina sit 8th in the Serie A table and could move into the top 6 with a win this weekend.

Spezia would have been hoping to get another 3pts on the board in midweek when they played host to struggling Genoa. However, despite going in front thanks to an own goal from Sirigu in the 66th-minute, Spezia had to settle for a point after Genoa equalised from the penalty spot 4-minutes from time. Spezia sit 4th from bottom of the Serie A table after 10 games and could slip into the bottom three if they fail to win on Sunday.

Fiorentina: Gonzalez, Pulgar and Drągowski are all doubts for Sunday's match.

Spezia: Sher, Kiwior, Bourabia, Sala, Sena, Reca, Erlic and Agudelo are all doubts for the trip to Florence. 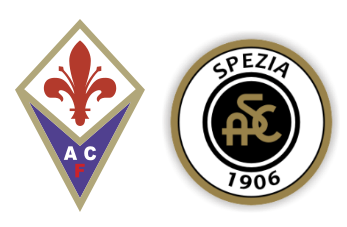