Fiorentina are the next side tasked with putting an end to Napoli's 100% start to the 2021/22 Serie A campaign but recent meetings between the two clubs suggest that the visitors are best placed to secure all 3pts on Sunday.

Here are our predictions for Fiorentina vs Napoli

Napoli have won four of their last six encounters with Fiorentina, including both of the pair's meetings in Serie A last season. Napoli have won each of their opening six league games this season, winning their last two away games by four goals to nil. Fiorentina lost their last home game to Inter Milan 3-1 and even though they sit in 5th place as things stand, Napoli are the favourites to win this weekend.

We're expecting to see at least three goals this Sunday as two of the last four meetings between these two clubs have produced over 5.5 goals. Over 2.5 goals have been scored in five of Fiorentina's and five of Napoli's last six outings in all competitions, so it's no surprise to see that we are backing goals to be scored in this game as well.

Can Napoli maintain their 100% start to the season?

A solitary penalty kick from Fiorentina's talented Serbian striker Vlahovic proved enough to defeat Udinese in Udine last weekend. That victory extended Fiorentina's fine away run to three straight wins but Napoli will prove to be their toughest test of the season so far. Vlahovic has scored 4-goals so far this season and it is rumoured that man City are keeping an eye on the young forward's progression this season. However, three of those goals have come from the penalty spot and this Napoli team won't give away any easy chances on Sunday.

Napoli ran out 2-0 winners at home to winless Cagliari last time out. An early effort from Nigerian striker Osimhen was followed up in the second forty-five by a penalty from veteran wide man Insigne. Napoli top the Serie A table by 2pts and have established themselves as one of the title contenders this season when most thought the best they could hope for would be a battle for the Champions League places. Napoli have form and history in their favour this weekend and with confidence riding high, we're expecting an away win on Sunday.

Fiorentina: Gaetano Castrovilli and Michele Cerofolini could miss this weekend's clash through injury.

Napoli: Stanislav Lobotka is the main injury concern for the visitors this weekend. 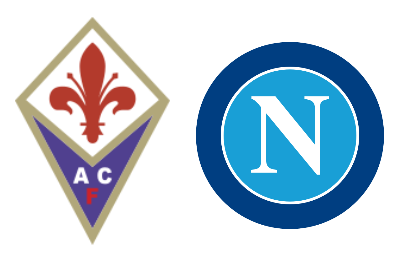