Fiorentina will be looking to get one over on Empoli this weekend after losing 2-1 when the pair last locked horns in Serie A back in November. Empoli look likely to avoid relegation but a top-half finish seems beyond them due to the inconsistency of their results this season.

This game has the potential to be very tight and tense throughout and we're not expecting any more than 2-goals to be scored. Under 2.5 goals have been produced in five of Fiorentina's and five of Empoli's last six outings in league and cup. Fiorentina have kept clean sheets in two of their last three home games in Serie A, while Empoli have failed to score in three of their last five outings.

Fiorentina claimed a 3-1 win the last time they played host to Empoli and we're backing the hosts to secure all 3pts on Sunday. The hosts have kept two clean sheets in their last three home games in the league while Empoli have failed to find the back of the net in each of their last four away games, so you can see just why we're backing Fiorentina to win-to-nil.

Fiorentina vs Empoli: the latest makrets and odds

Can Empoli prove a thorn in Fiorentina's side once again?

Before the international break, Fiorentina made the trip to Inter Milan and managed to come away with a creditable point. The first half ended goalless but 5-minutes after the restart, Torreira fired the visitors in front after good work from Gonzalez who claimed the assist. However, just 5-minutes after taking the lead, Fiorentina were pegged back by Inter Milan who equalised through full-back Dumfries. That result took Fiorentina onto 47pts and keeps the club in the race to finish in the European places.

Empoli had the home advantage against Verona last time out but were unable to make the most of it. A goal from Di Francesco in the 26th-minute put Empoli in front but the hosts were unable to extend their lead and in the 71st-minute, Verona equalised and the game ended all square. Empoli have 11 more points on the board that third from bottom Venezia, so it is very unlikely that the club will be dragged into the relegation battle this season.

Fiorentina: Giacomo Bonaventura is the main injury concern for the home side this weekend.

Empoli: Fabiano Parisi misses the game through suspension, while Nicolas Haas looks set to miss out due to a meniscus injury. 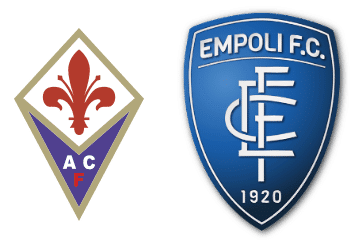