Fiorentina will be looking to get back to winning ways in Serie A this weekend after the disappointment of their narrow defeat at Venezia last time out. Struggling Cagliari provide the opposition on Sunday and the visitors will be hoping to move out of the relegation zone with a positive result.

Here are our predictions for Fiorentina vs Cagliari.

Fiorentina won this very fixture last season by a single goal to nil and we're backing the hosts to be victorious once again this weekend. Fiorentina have started the season much better than Cagliari and have double the amount of points on the board with just 8-games played. The hosts have won three of their last six matches, while Cagliari have lost three of their last six outings.

We're expecting a tight and tense 90-minutes between these two clubs with under 2.5 goals being scored. Four of the last six league meetings between Fiorentina and Cagliari have produced under 2.5 goals, while fewer than three goals were scored in two of the host's last three matches and in three of the visitor's last four fixtures.

Vlahovic top scores for Fiorentina this season with 4-goals in Serie A alone. The young Serbian striker is being watched by a number of clubs, particularly in the Premier League, after his exploits in the last campaign. We're backing Vlahovic to find the back of the net against Cagliari be that in open play or via the penalty spot.

Fiorentina have a really good away record this season, so it must have been disappointing for them to lose 1-0 at Venezia last time out. Venezia went in at the break 1-0 up and Fiorentina must have known it wasn't going to be their day when Sottil picked up his second yellow card in the space of 8-minutes. Fiorentina will be looking for a response from their players following that disappointing performance against Venezia and they could have asked for much of a better opponent than Cagliari who sit second from bottom in the Serie A table.

Cagliari had a really positive result in their last game at home to Sampdoria, running out 3-1 winners and doubling their points tally for the season. Pedro scored twice and Caceres got the other goal as Cagliari got one over on a Sampdoria side that have also made a poor start to the season. Winning home games as they did against Sampdoria will be key to Cagliari staying up this season and the visitors have a chance of upsetting the odds this weekend as Fiorentina haven't been at their best in front of their own fans.

Fiorentina: Sottil is suspended, while Drągowski and Cerofolini are both expected to miss this weekend's clash with Cagliari due to injury.

Cagliari: Henrique, Walukiewicz, Rog, Ceter and Ladinetti could miss the trip to Florence through injury. 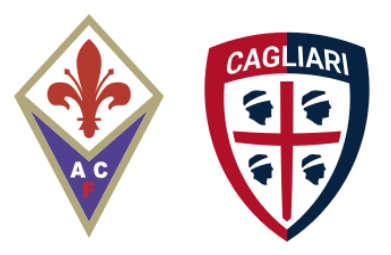